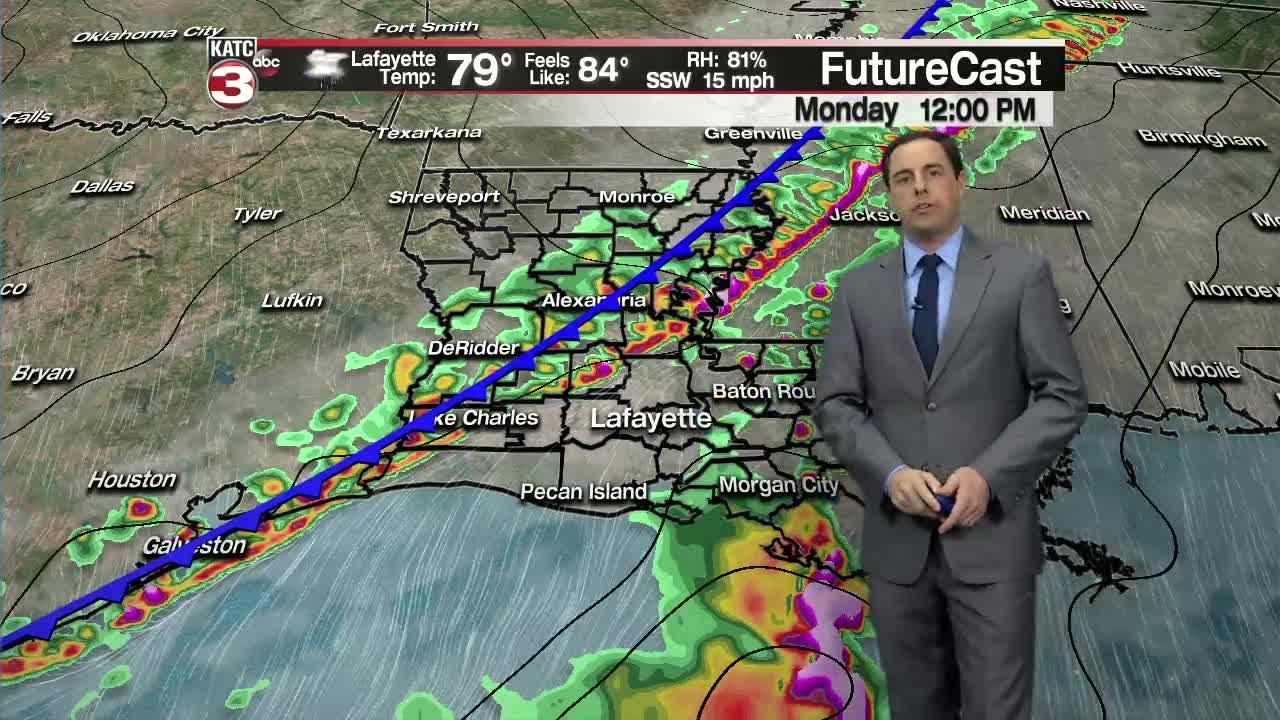 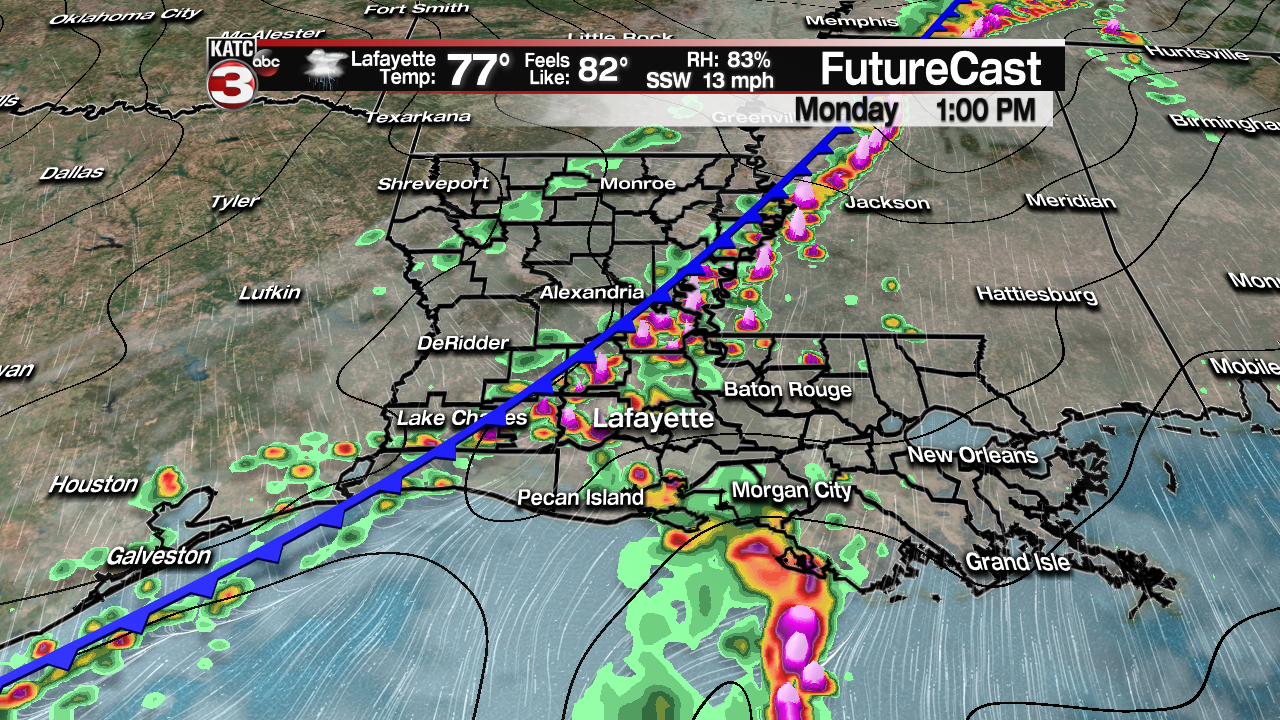 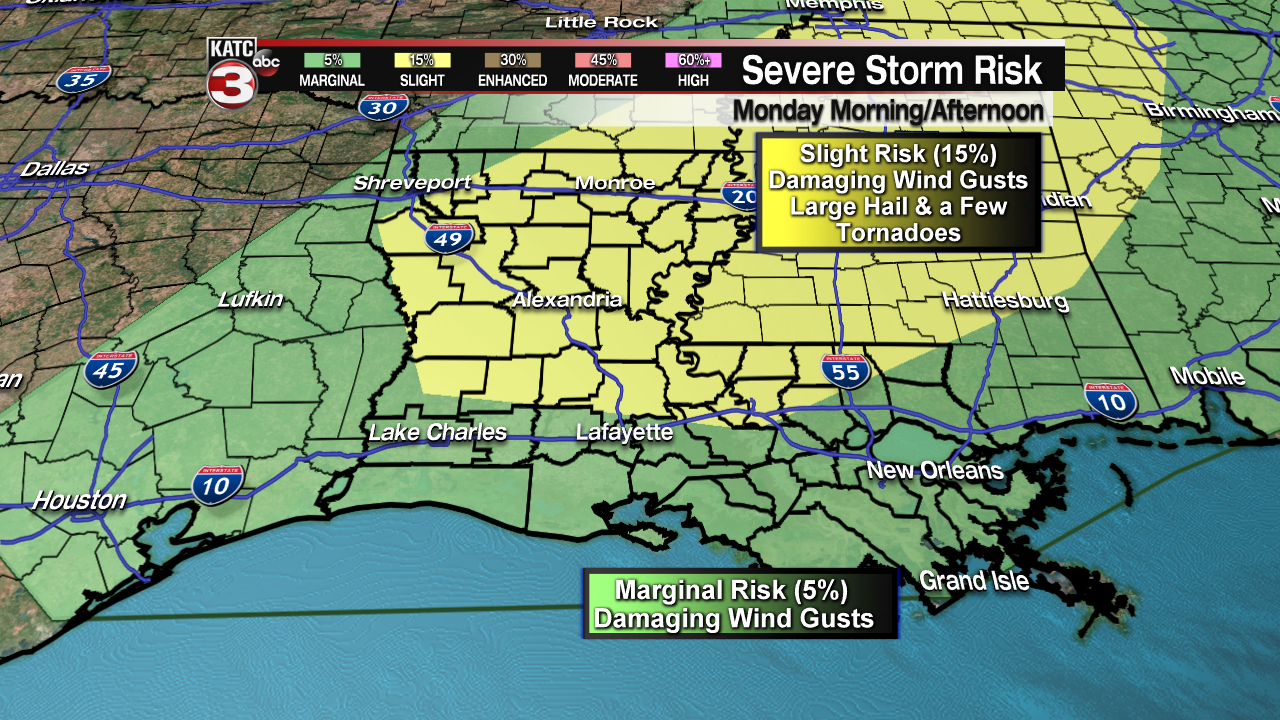 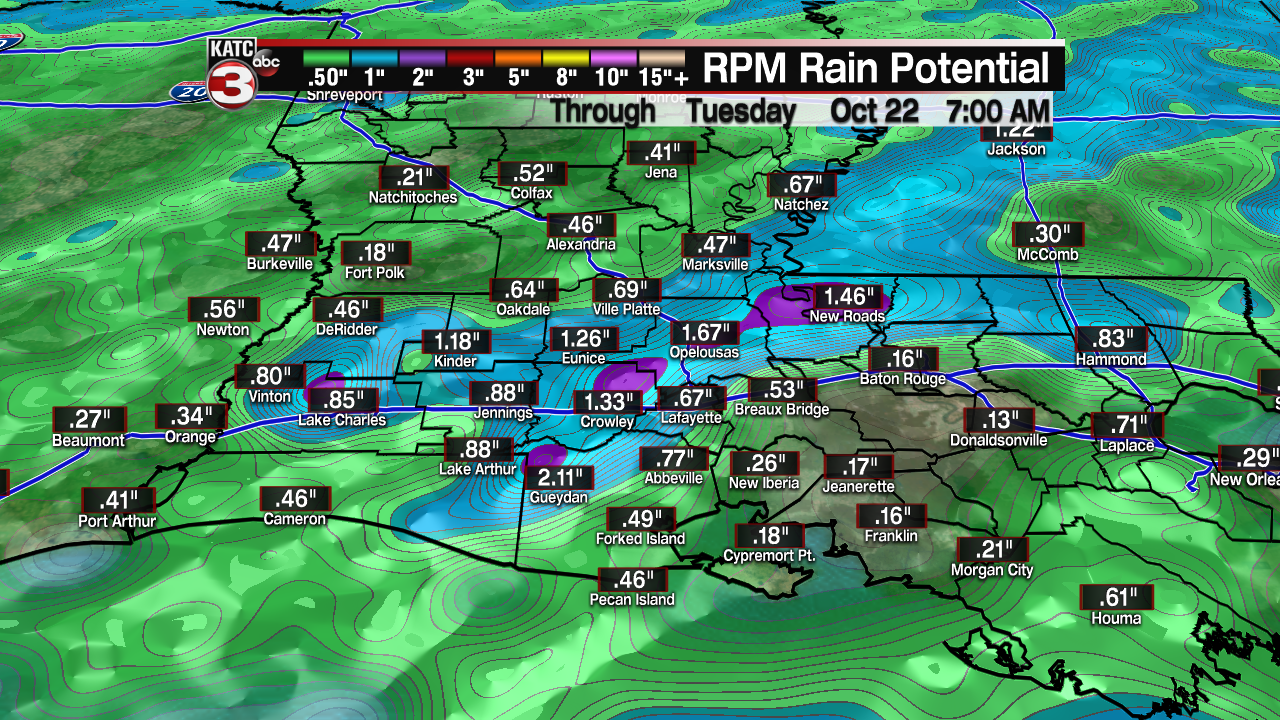 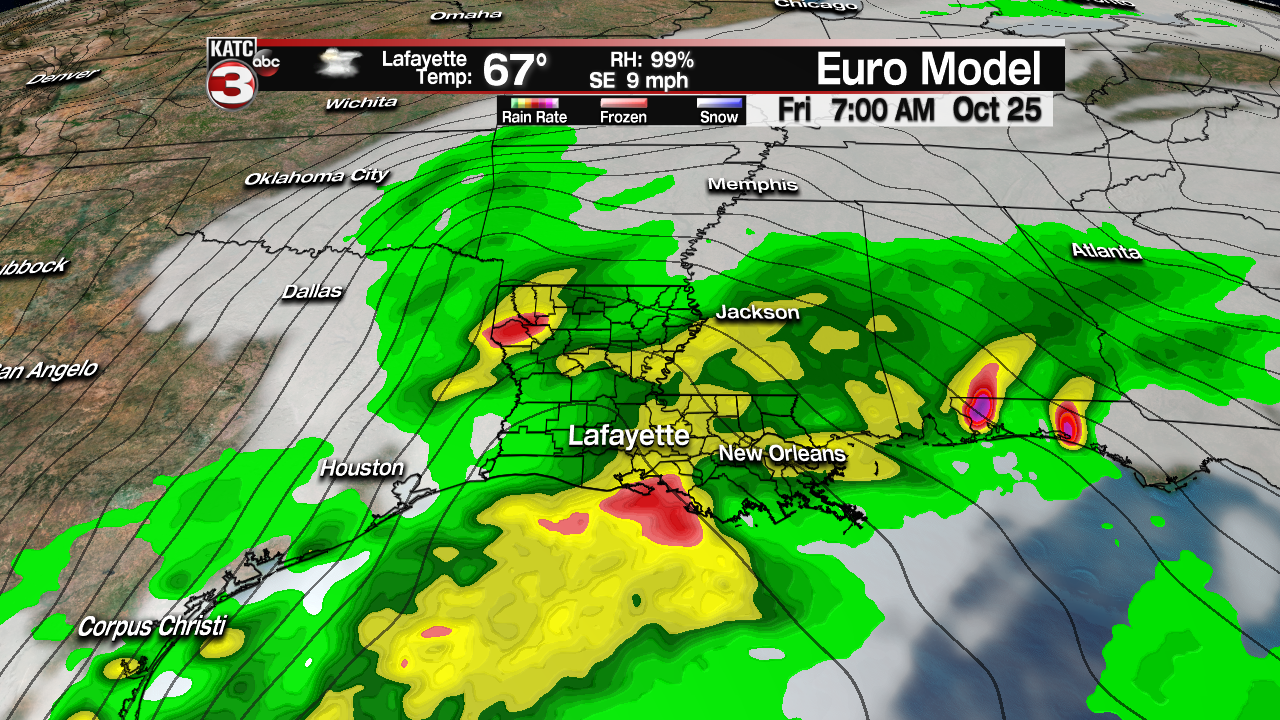 Summer makes one last stand on Sunday with highs climbing into the mid 80s.

With a touch more humidity in the air and winds out of the southwest a couple stray showers could be possible at any point on Sunday.

Then get the rain gear ready on Monday as widespread showers and storms slide into Acadiana as a strong cold front swings through the area.

As this front pushes into the pelican state we will have to watch for a few strong to possibility severe storms.

The Storm Prediction Center has placed the northern half of Acadiana under a slight risk (15%) for storms to produce damaging wind gusts up to 60 mph, large hail or a couple spin-up tornadoes.

The potential for severe weather is lower for the southern half of Acadiana as most of us are hatched in a marginal risk (5%) for a few storms to bring damaging wind gusts.

The threat for severe weather will become more common from now until the new year as these strong cold front dive into the region.

As for rainfall most of Acadiana will receive about a half inch to an inch, thus flooding should not be an issue as the storms should move through fairly quick only last about 1-2 hours.

Behind this front fall returns to Acadiana as lows Tuesday through Thursday will drop down into the low to mid 50s, with the possibility of upper 40s in northern and rural parts of Acadiana.

Even during the afternoon for the mid part of the week highs will only top out in the low to mid 70s under bright sunny skies.

Rain makes a return Friday morning into the afternoon as our next low pressure and associated cold front swings through the southeast.

We could have a low end chance for a couple strong to severe storms with this system on Friday but it's way to early to know the specifics.

Once this front slides off to the east we could see our coldest temperatures of the season with lows next weekend crashing down into the mid to upper 40s with highs staying in the mid to upper 60s.

Although it will be chilly we should have plenty of sunshine both Saturday and Sunday, so if you have any weekend plans there will be no issues just dress warm.