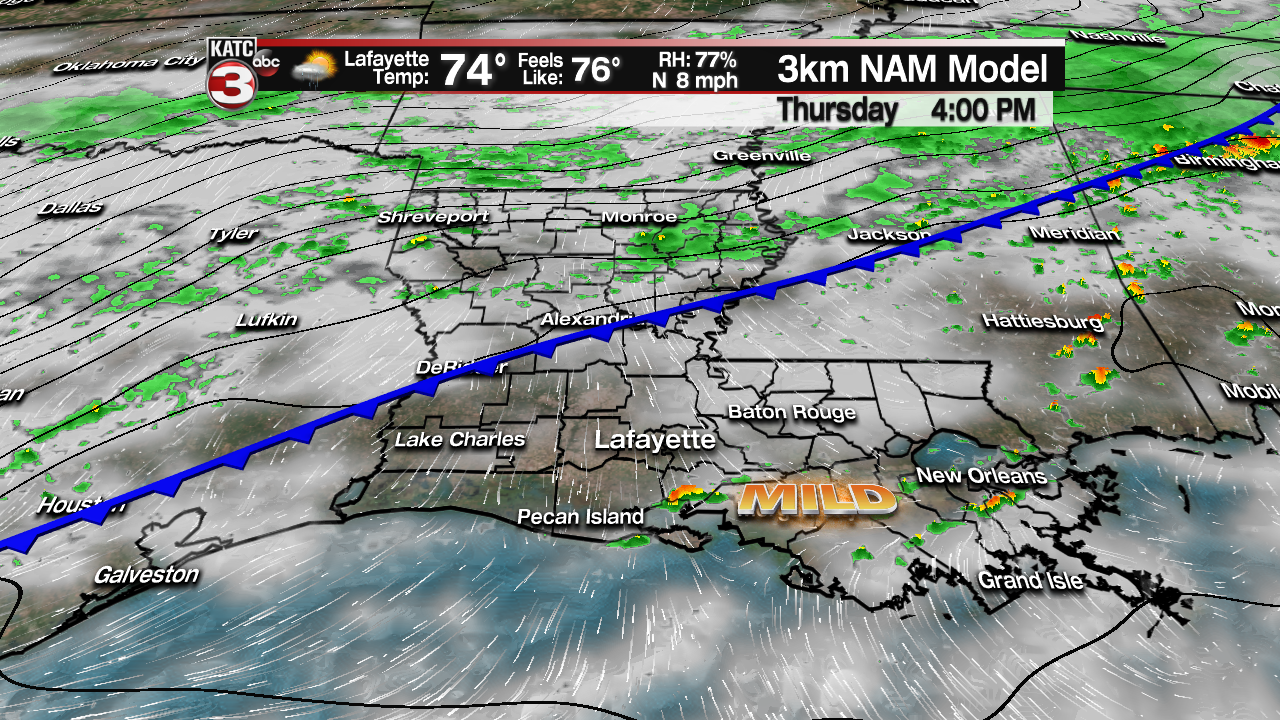 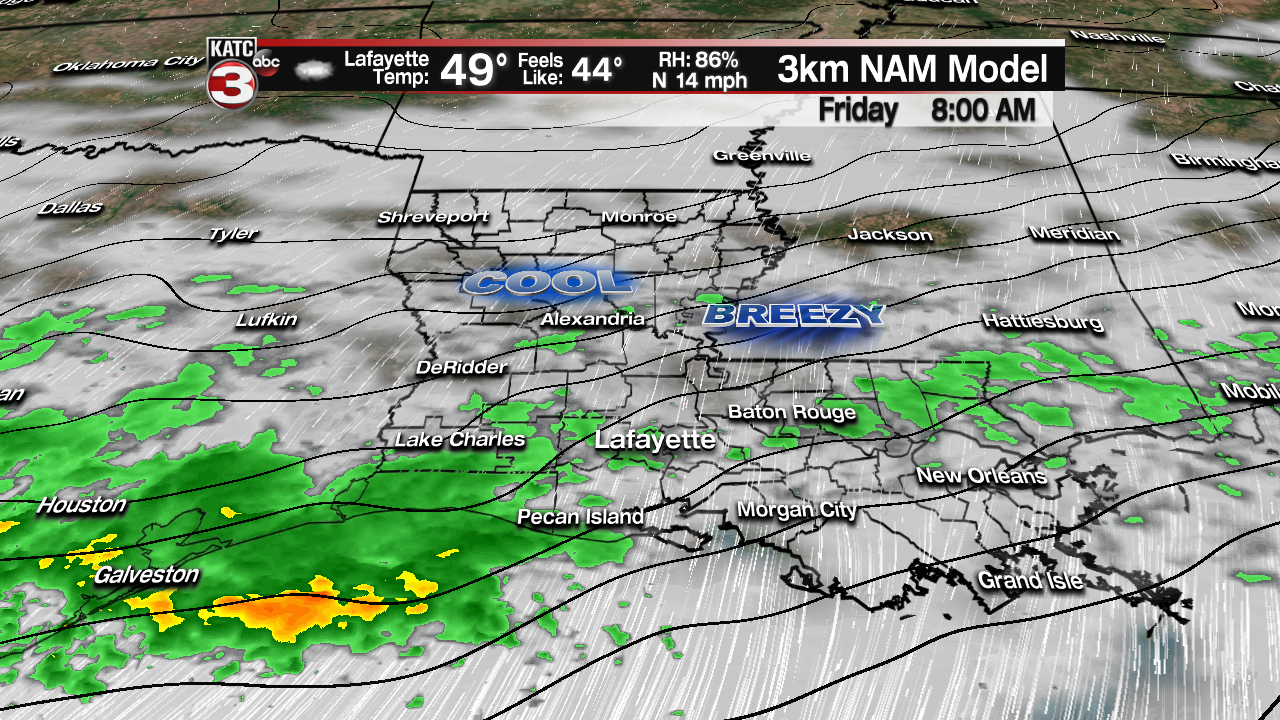 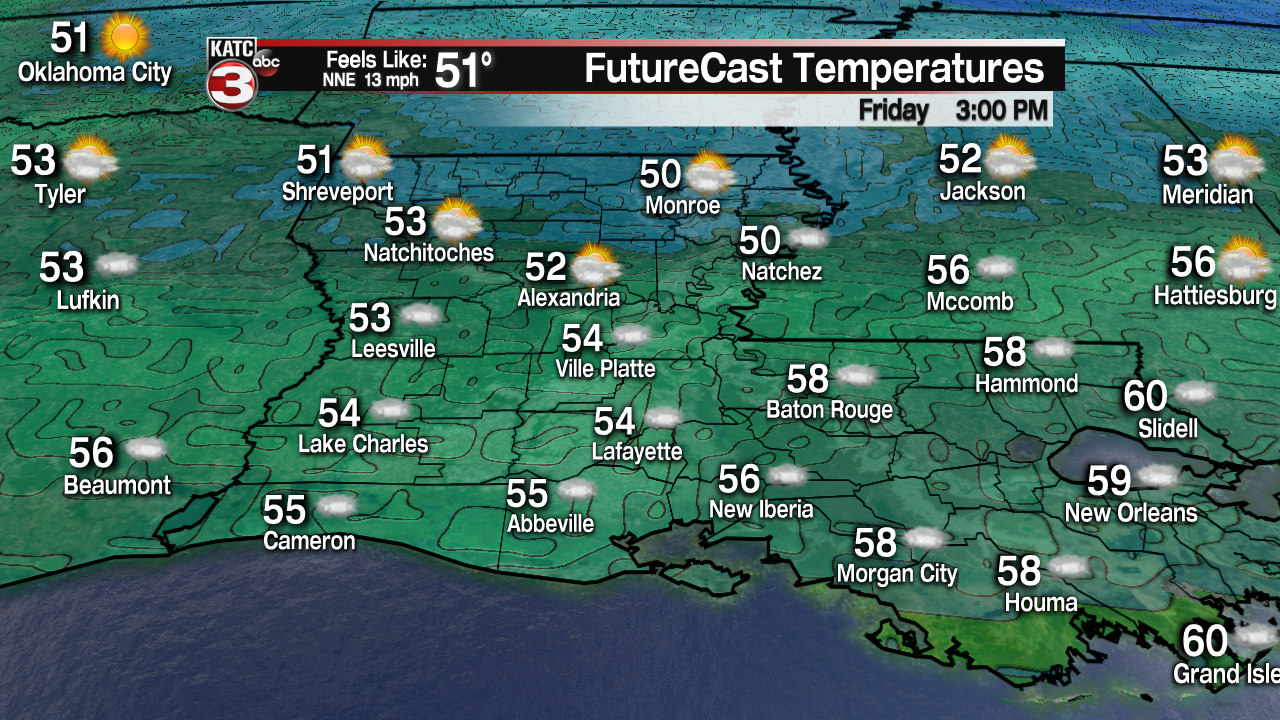 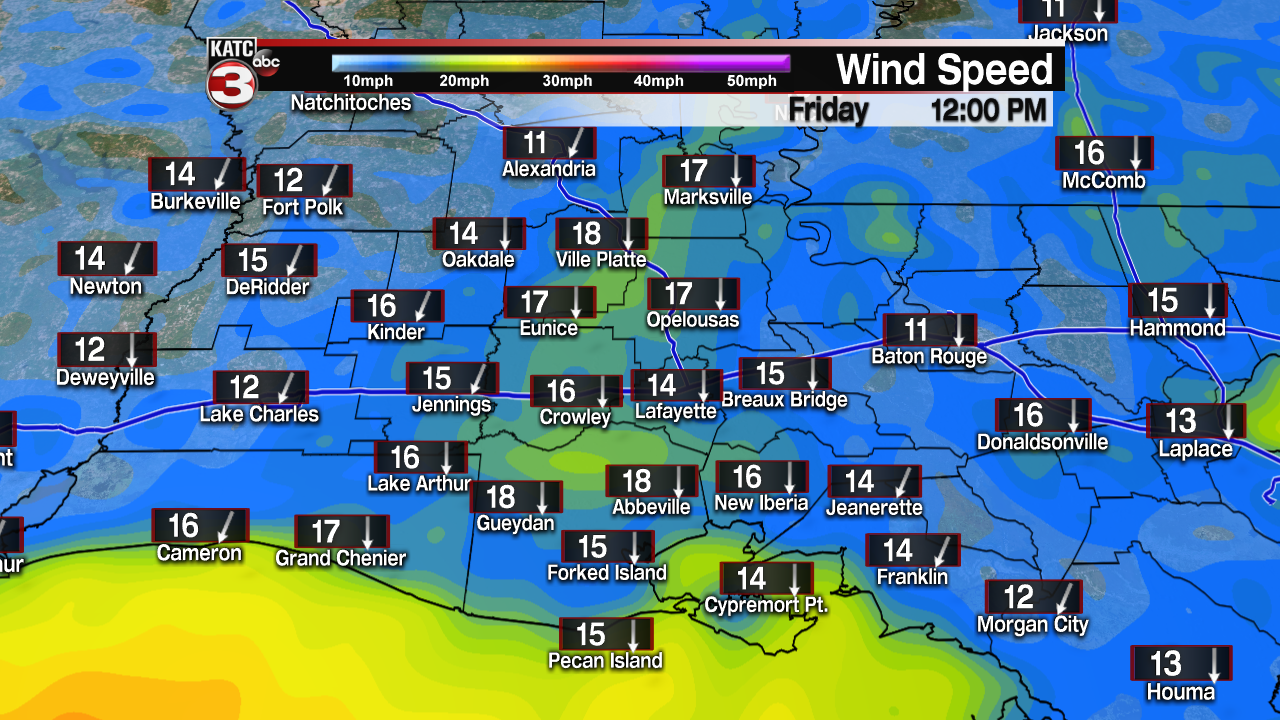 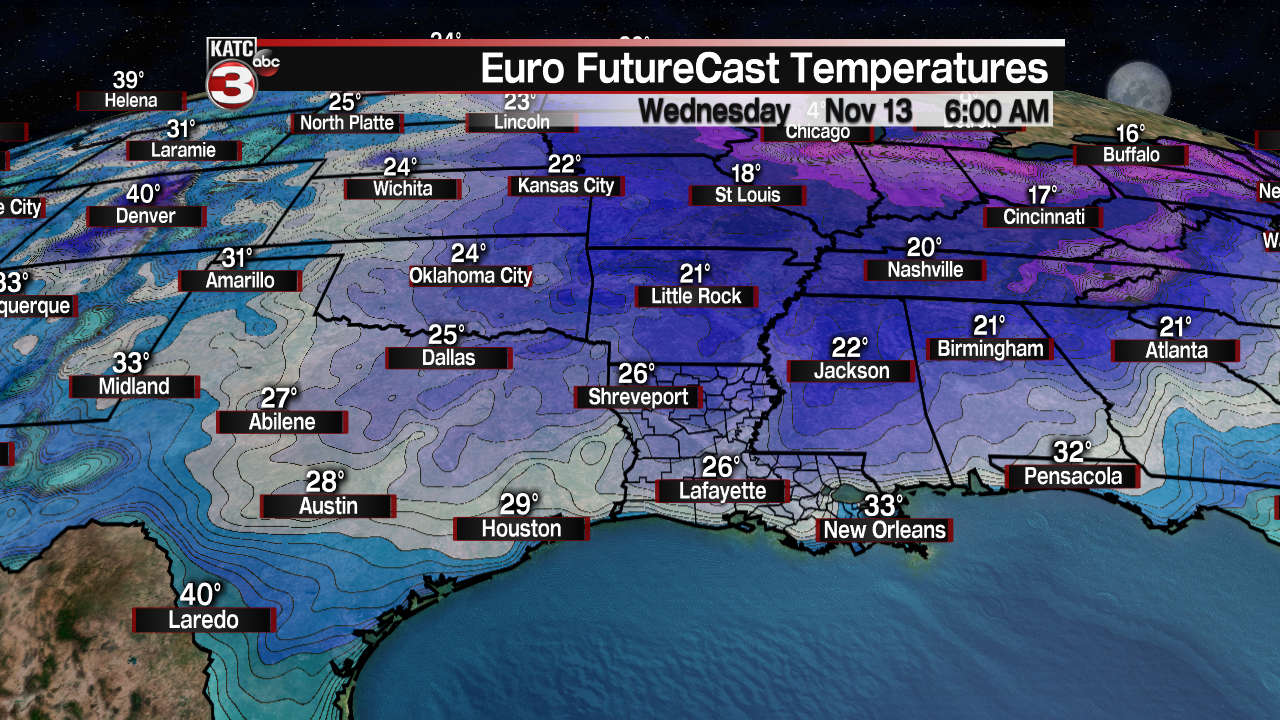 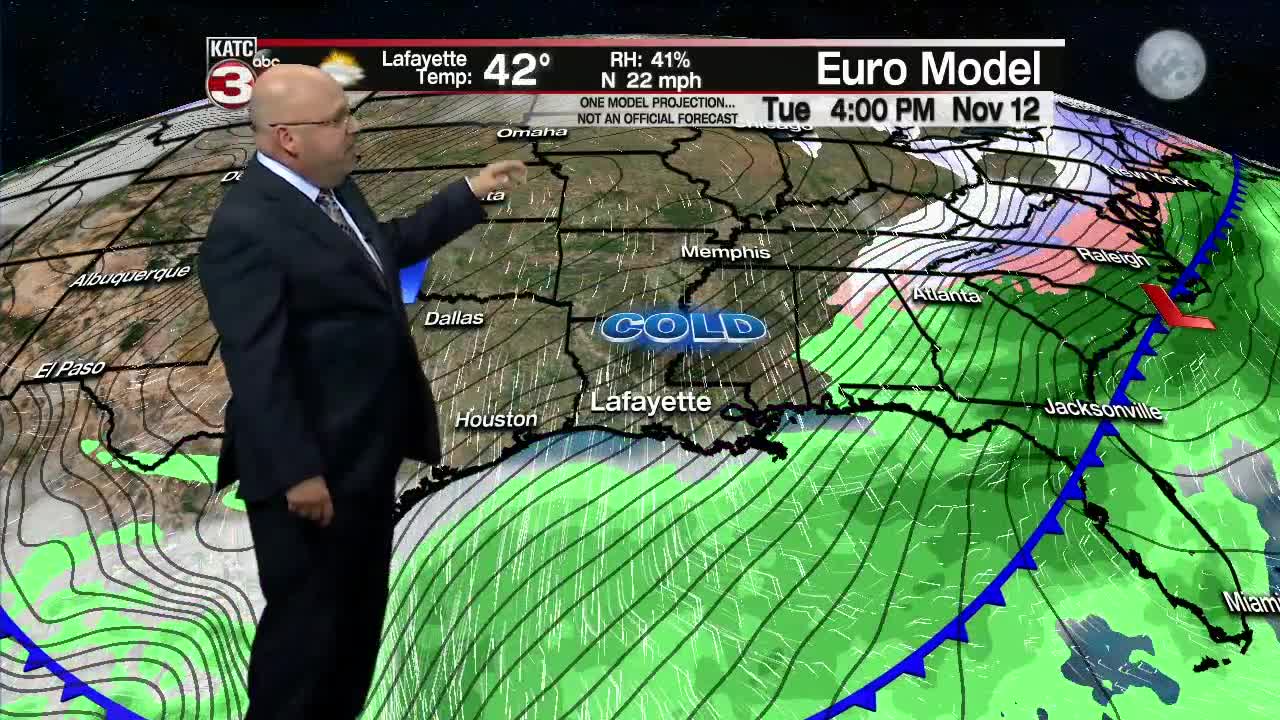 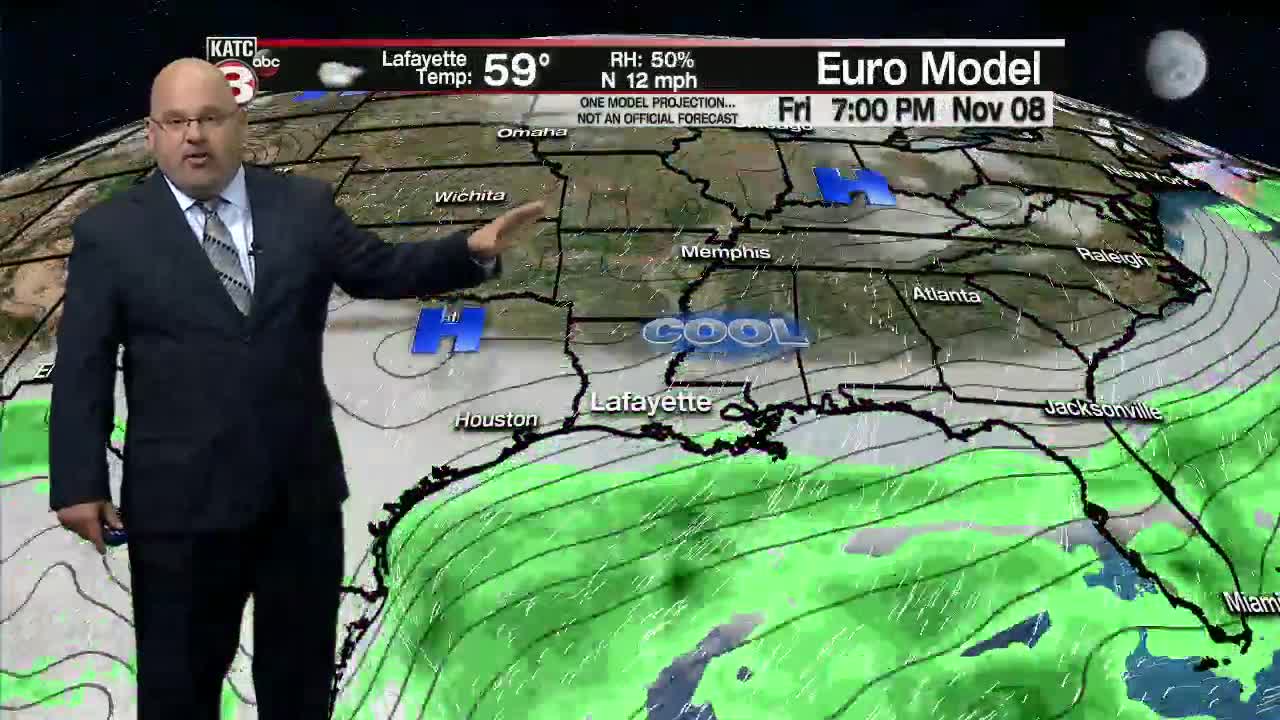 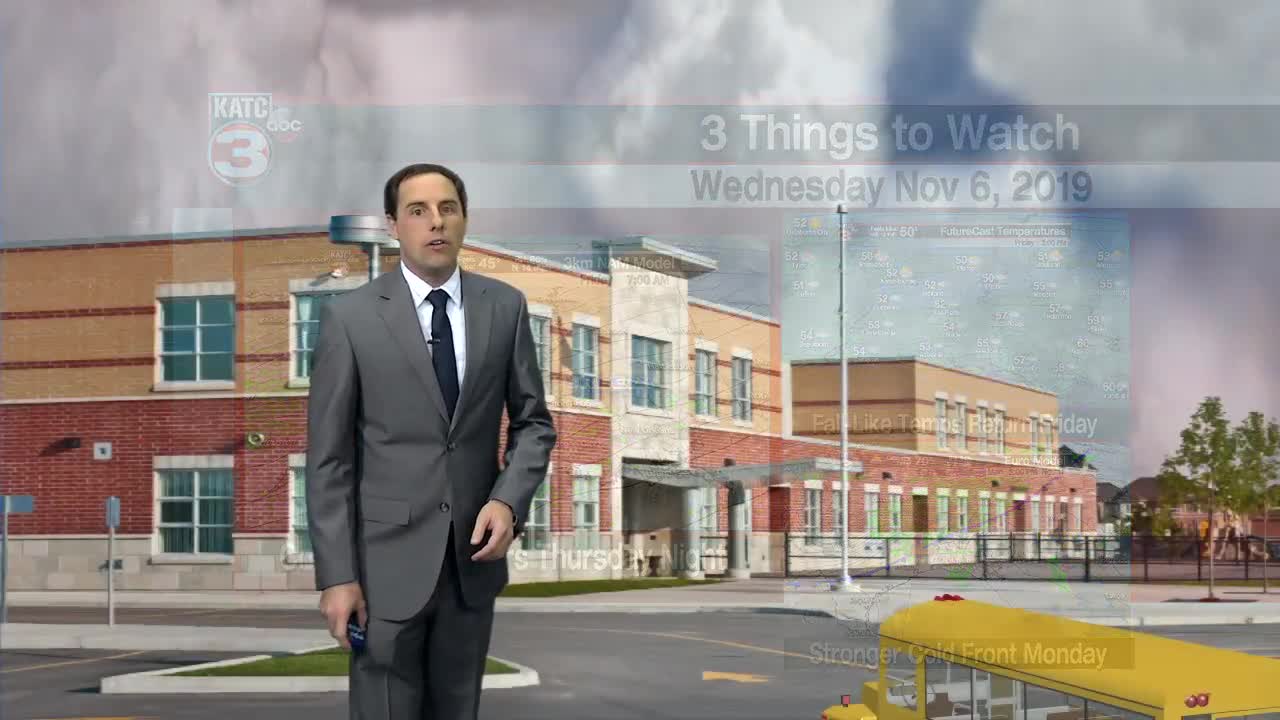 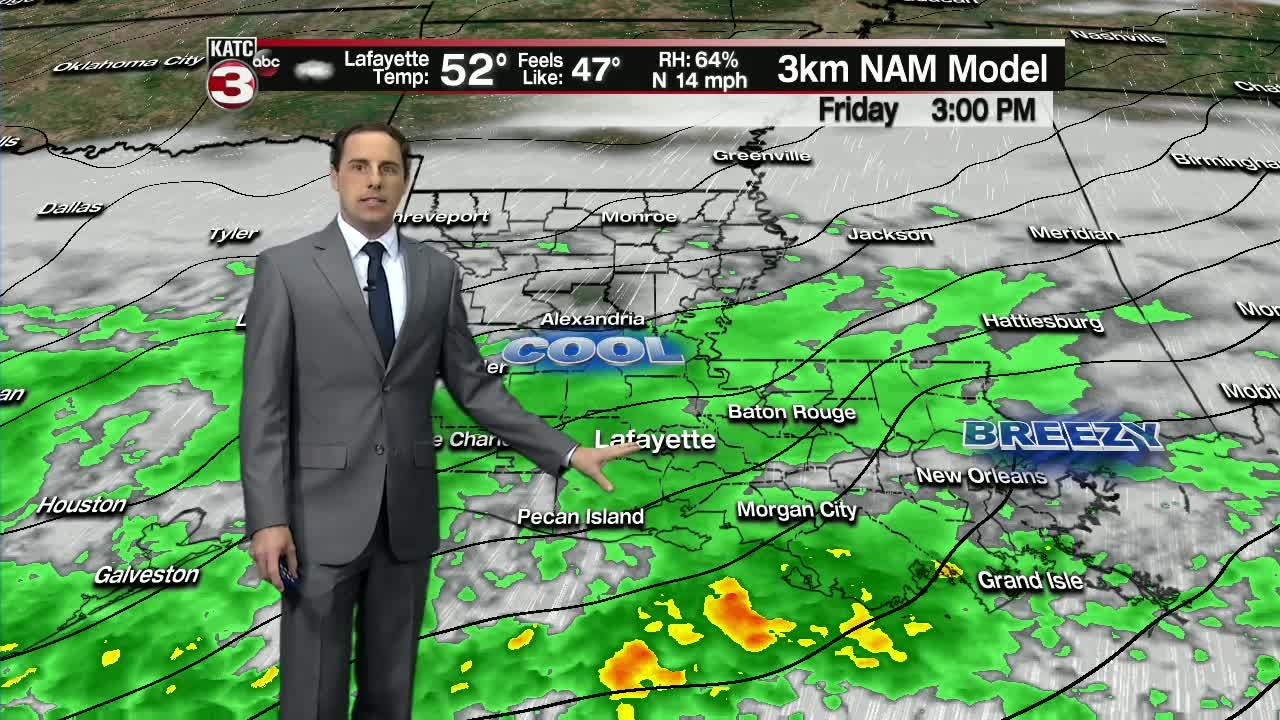 Tonight will be a fairly mild night as clouds will be increasing through the overnight hours holding lows in the low 60s.

With a slight southeast breeze pumping warm, moist air over the region there is the slight chance for some patchy fog across Acaidana by Thursday morning.

For the most part Thursday will feel very spring-like with temperatures climbing into the upper 70s to near 80 under partly sunny skies.

During the afternoon a couple isolated showers could try to fire up over southern Acadiana but we should stay dry for most of the day.

A cool front will then move from the NW to the SE through Acadiana during the evening.

Behind the front cooler and breezy conditions will push into Acadiana, along with the chance for scattered light showers.

A few light showers/drizzle could linger into Friday morning but the bigger story will be the chilly and breezy conditions with highs only reaching the mid 50s.

After the chilly start it should be a nice fall-like weekend with highs on Saturday reaching the lower 60s, while we could be pushing the upper 60s to near 70 on Sunday, under mostly sunny skies.

Clouds thicken with the possibility of a few stray showers Monday afternoon ahead of our next front.

This cold front will slide across Acadiana Monday evening producing a round of scattered showers late Monday into early Tuesday morning.

Now, this cold front looks impressive with a major shot of arctic air diving down into the southeast as lows Tuesday morning will be in the mid 30s and highs will not get out of the 40s! BRRR!

The coldest air, and maybe our first freeze of the season, will be Wednesday morning when lows could dip into the mid to upper 20s!

And the cool air looks to stick around for most of next week as highs Wednesday through Friday will only be in the 50s.