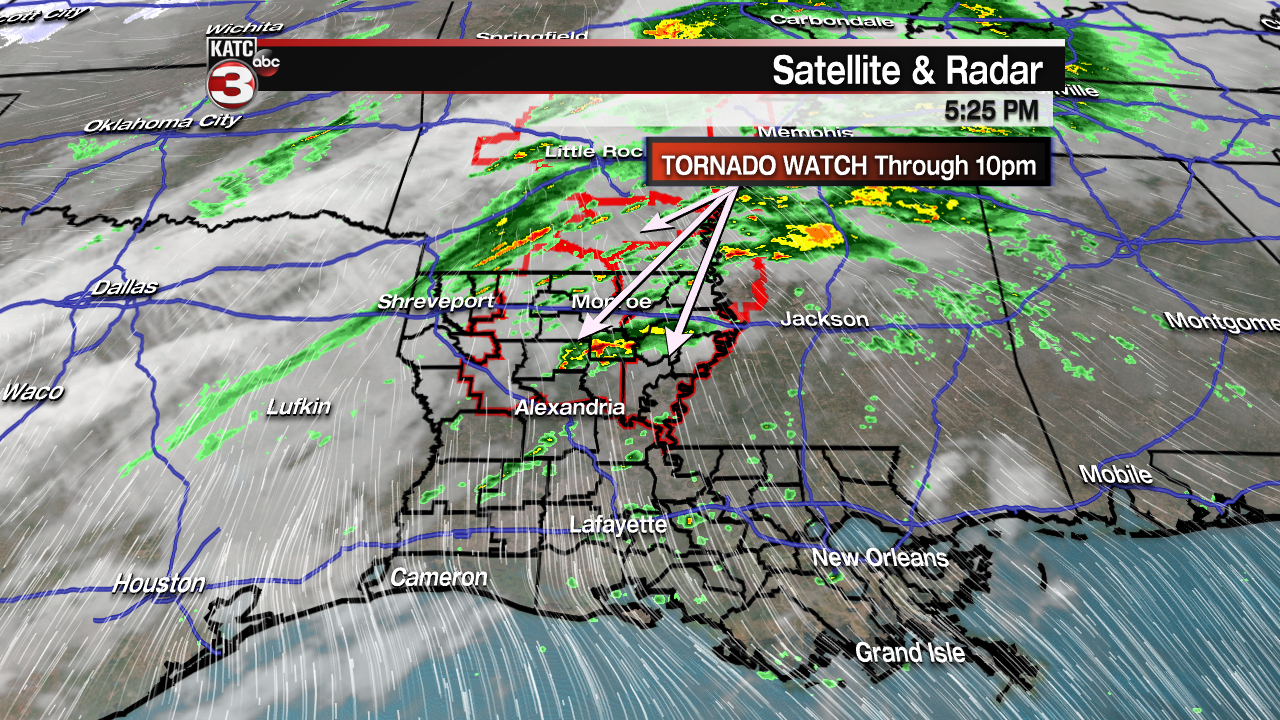 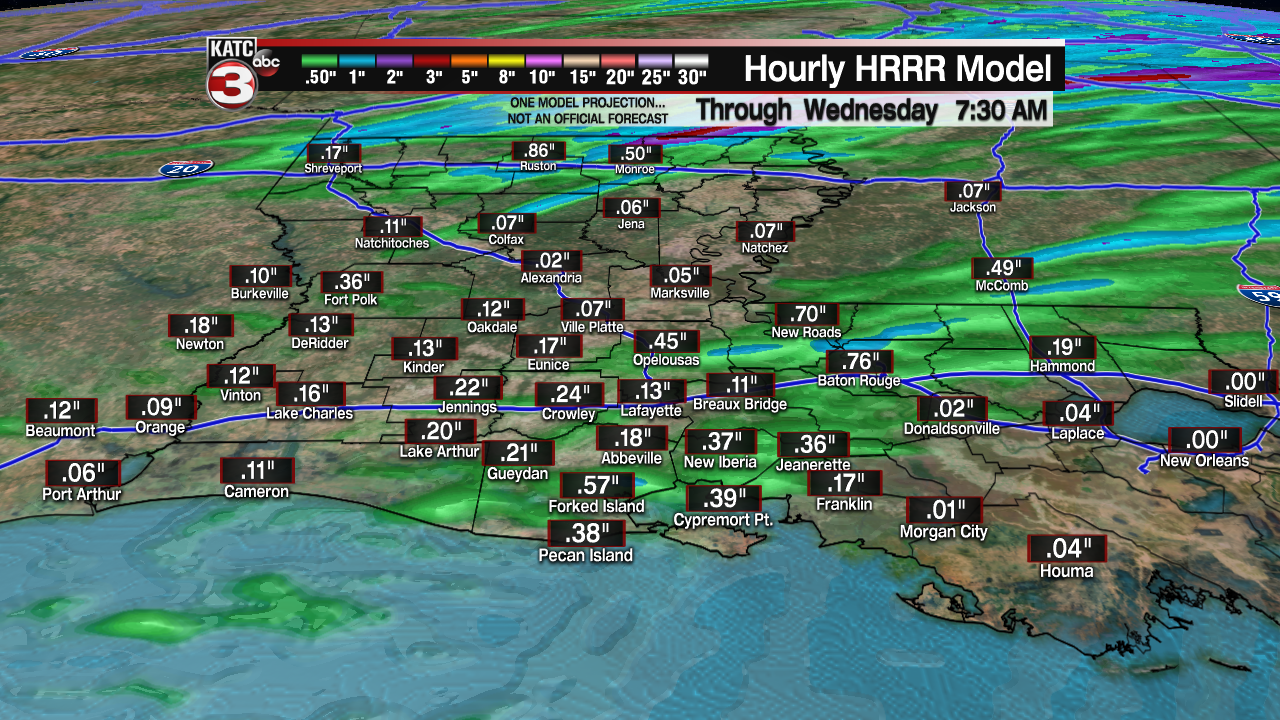 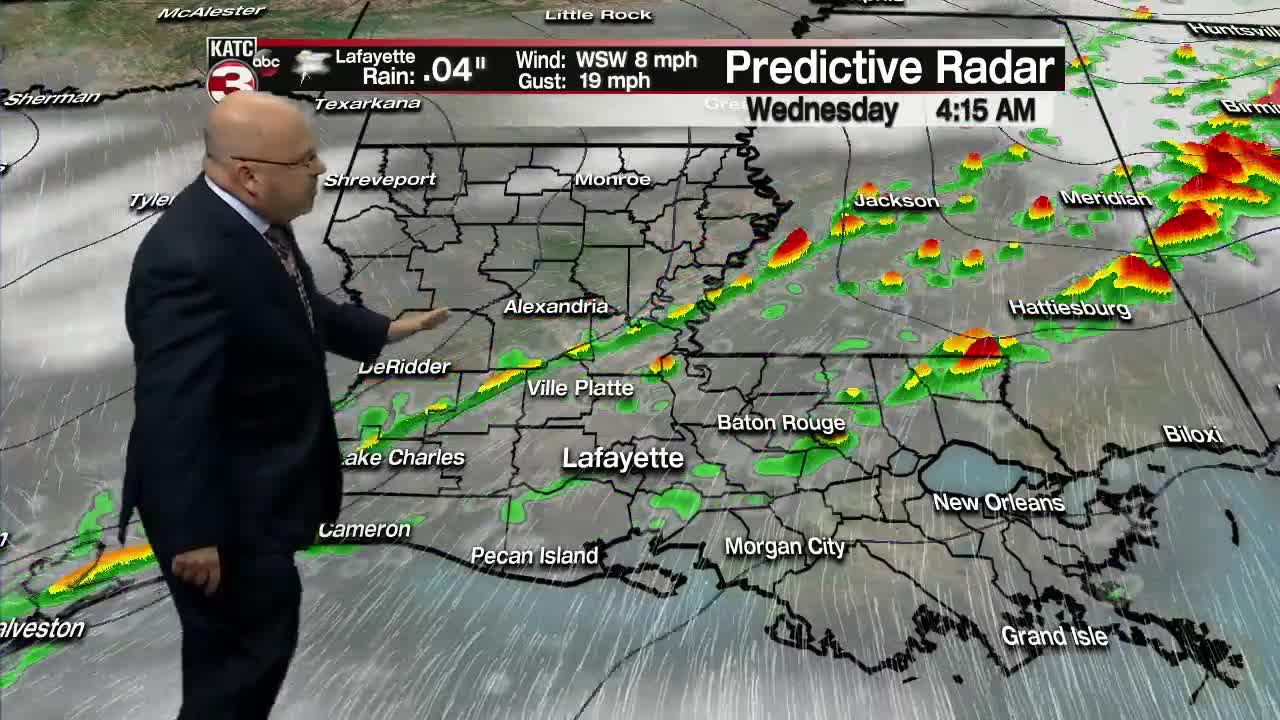 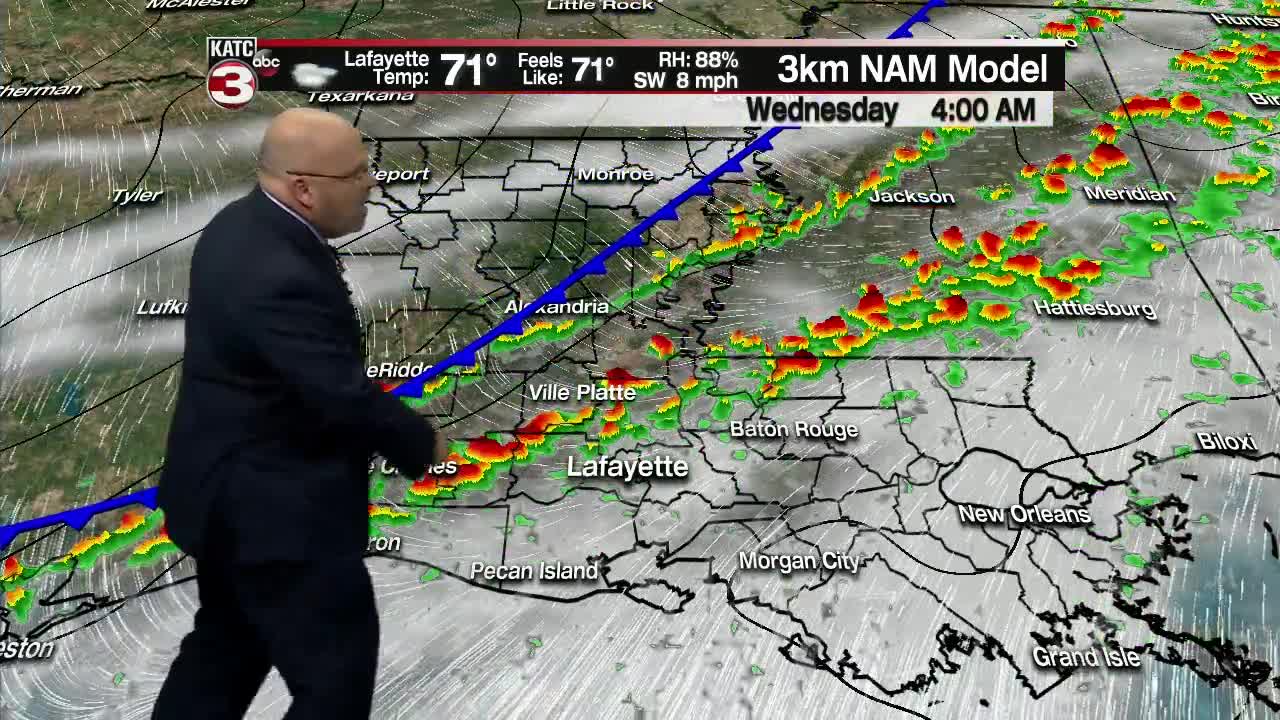 A cool front will move through Acadiana during the wee morning hours of Wednesday accompanied by scattered, quick-moving showers and perhaps a few isolated thunderstorms.

Until then, expect breezy and mild conditions for our Tuesday evening with temperatures holding in the lower 70s along with the chance of some passing showers...highest rain chances will be primarily between 3-6 am along and ahead of the cool front.

Rain chances during Tuesday evening will be in the 30-40% range but will briefly rise to 80% pre-dawn Wednesday.

The shower activity will move through quickly so rain totals will likely generally be scant, from near a tenth of an inch to roughly up to a half an inch in a few isolated spots.

Showers will be ending and pushing off to the southeast first thing Wednesday morning with mostly cloudy skies yielding to some intervals of sun in the afternoon.

Temperatures will hold steady in the mid-upper 60s through midday, but should begin to cool into the afternoon and evening hours.

Lows by Thursday morning will be down into the seasonable low to mid 50s.

Thanksgiving appears to be a partly to mostly cloudy and seasonable day for the time of year with daytime highs reaching the upper 60s to perhaps the lower 70s in a few spots.

Moving into Friday, look for partly cloudy and milder conditions with temperatures rising into the low to mid-70s after a morning start in the low-mid 50s.

It will be breezy and warmer Saturday ahead of a stronger cold front that arrives by Saturday night.

Showers and storms can be expected either late Saturday afternoon and/or into the evening hours.

Look for highs near 80 Saturday but dropping into 50s Sunday morning.

Sunny and chilly conditions are anticipated Sunday into early next week with a secondary surge of colder air moving in for Monday.

Highs Sunday will be in the 60s while Monday they will likely drop into the 50s.

Morning lows early next week will be in the upper 30s Monday and could drop to near the "frost" zone, in the low to mid-30s Tuesday morning.

Milder temperatures will return mid-late next week ahead of our next weather-maker that should arrive Thursday or Friday.