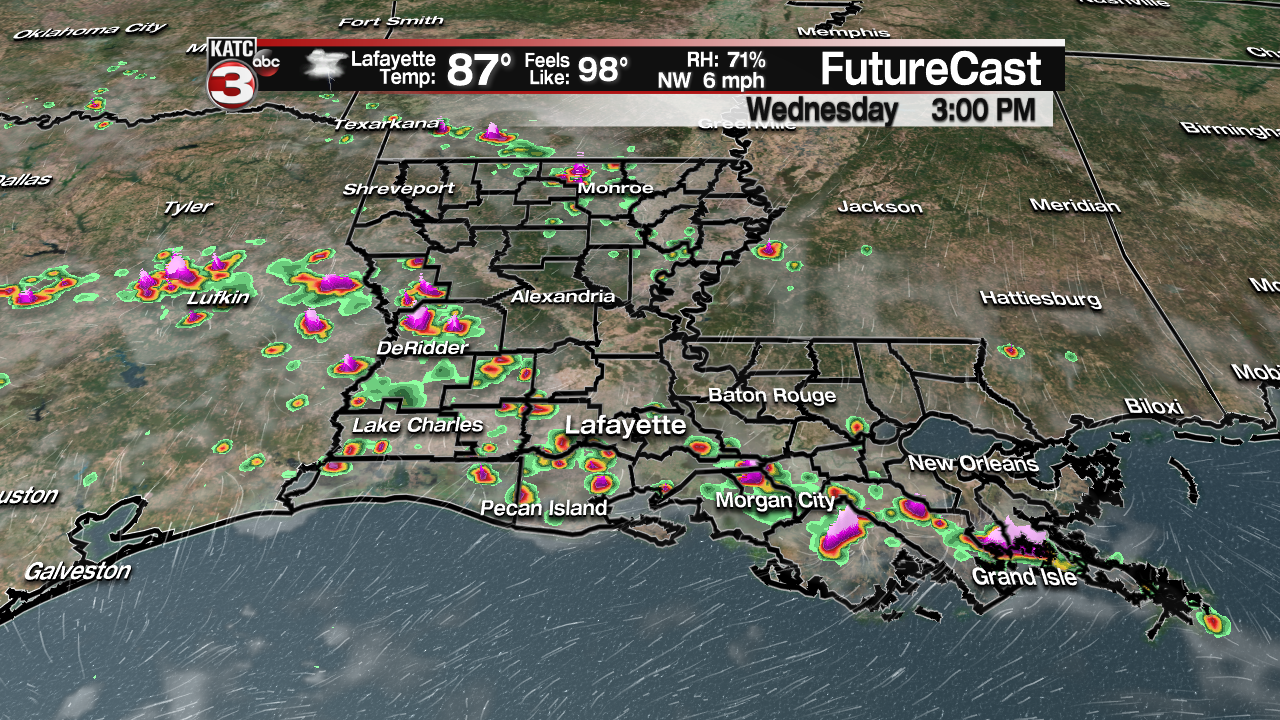 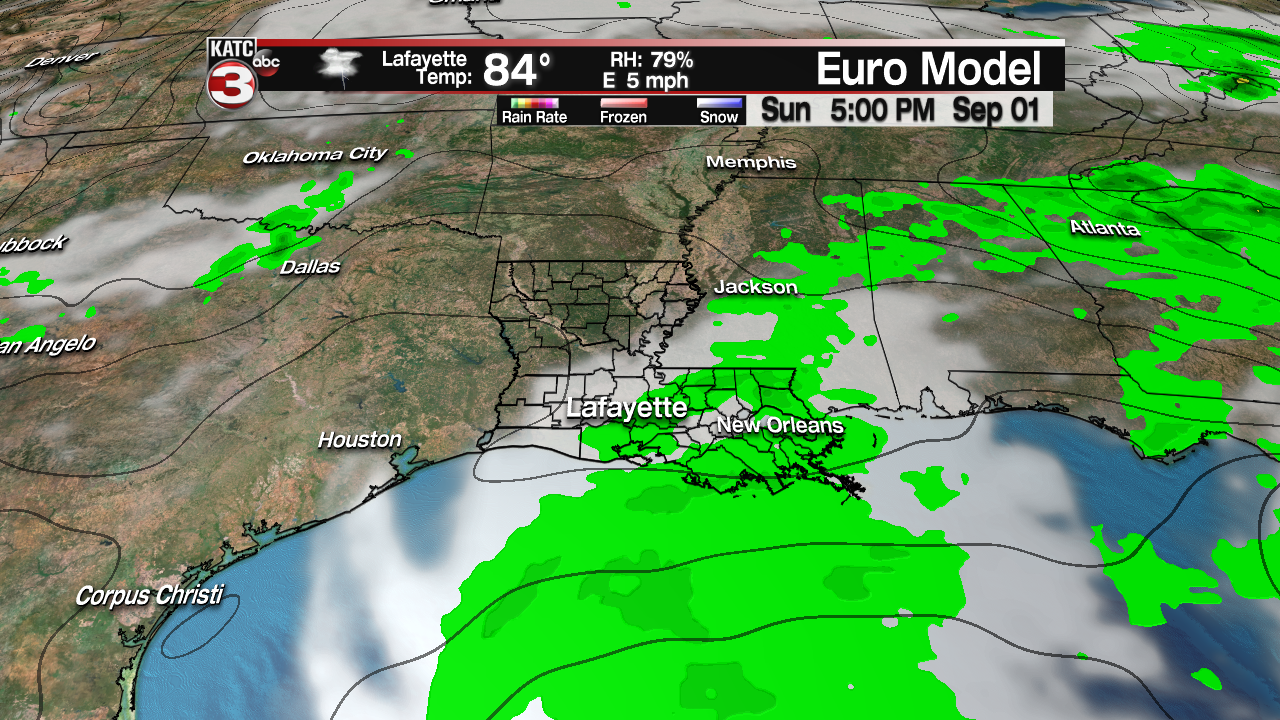 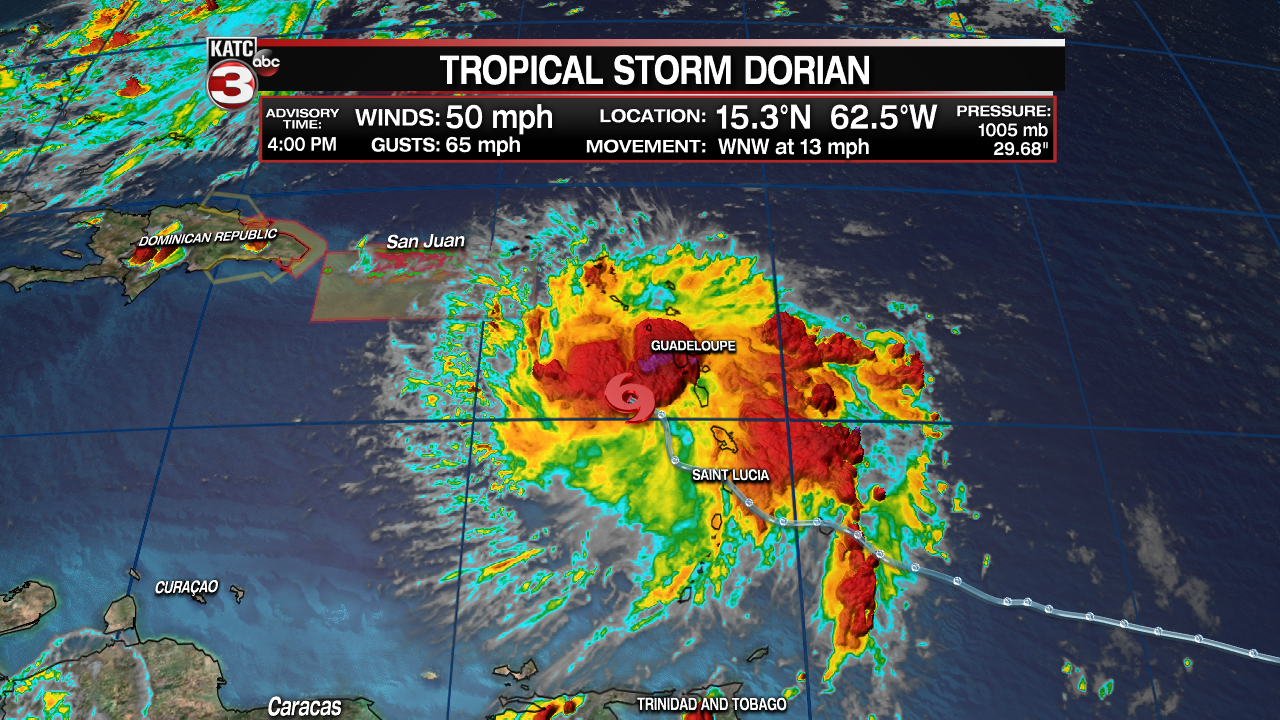 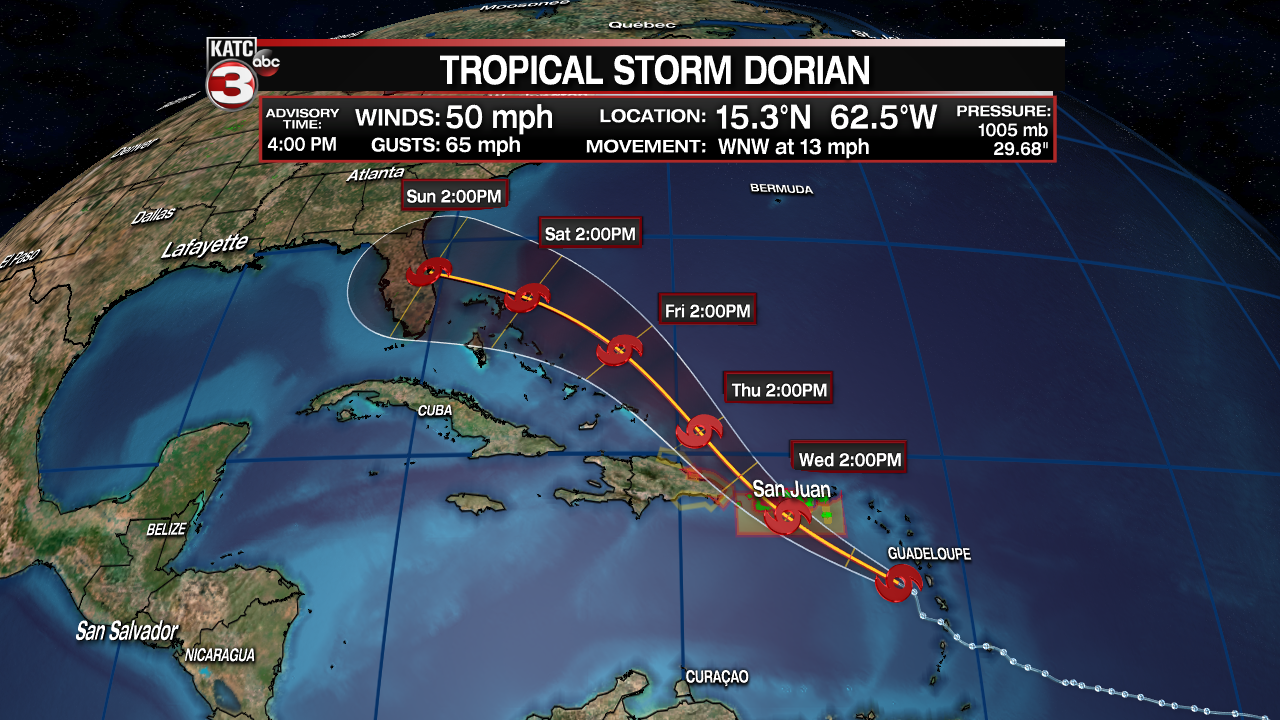 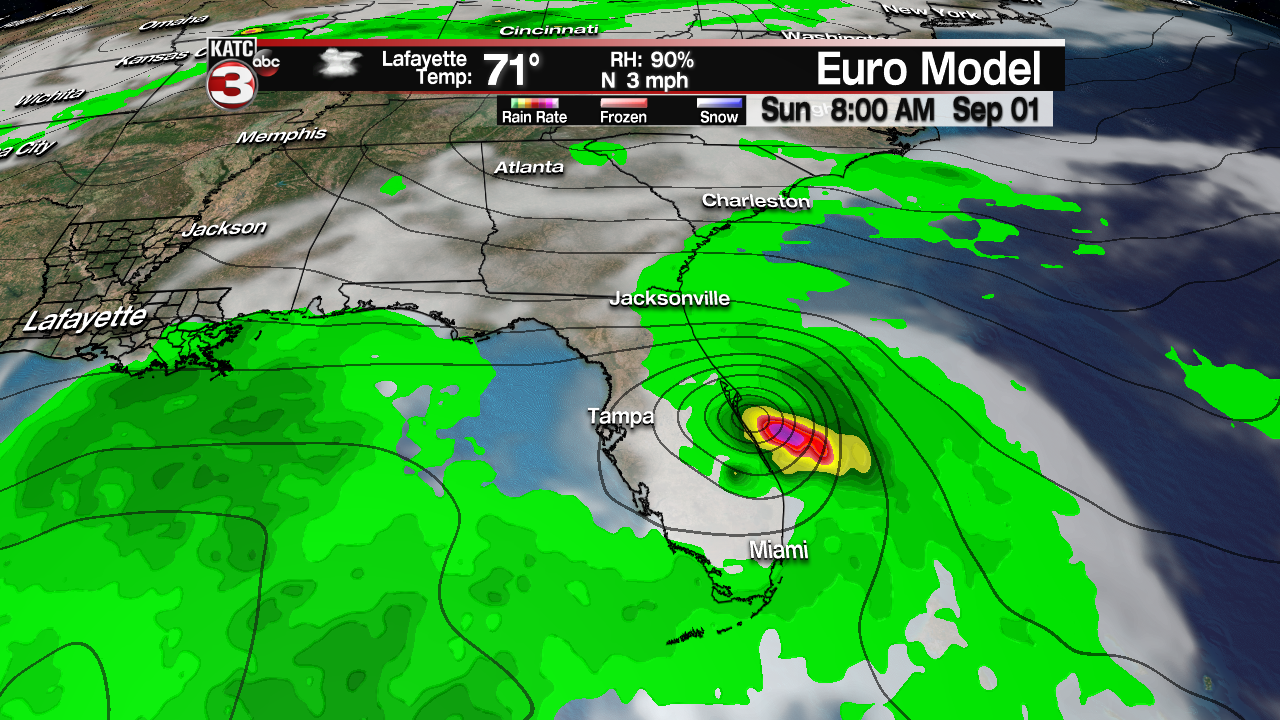 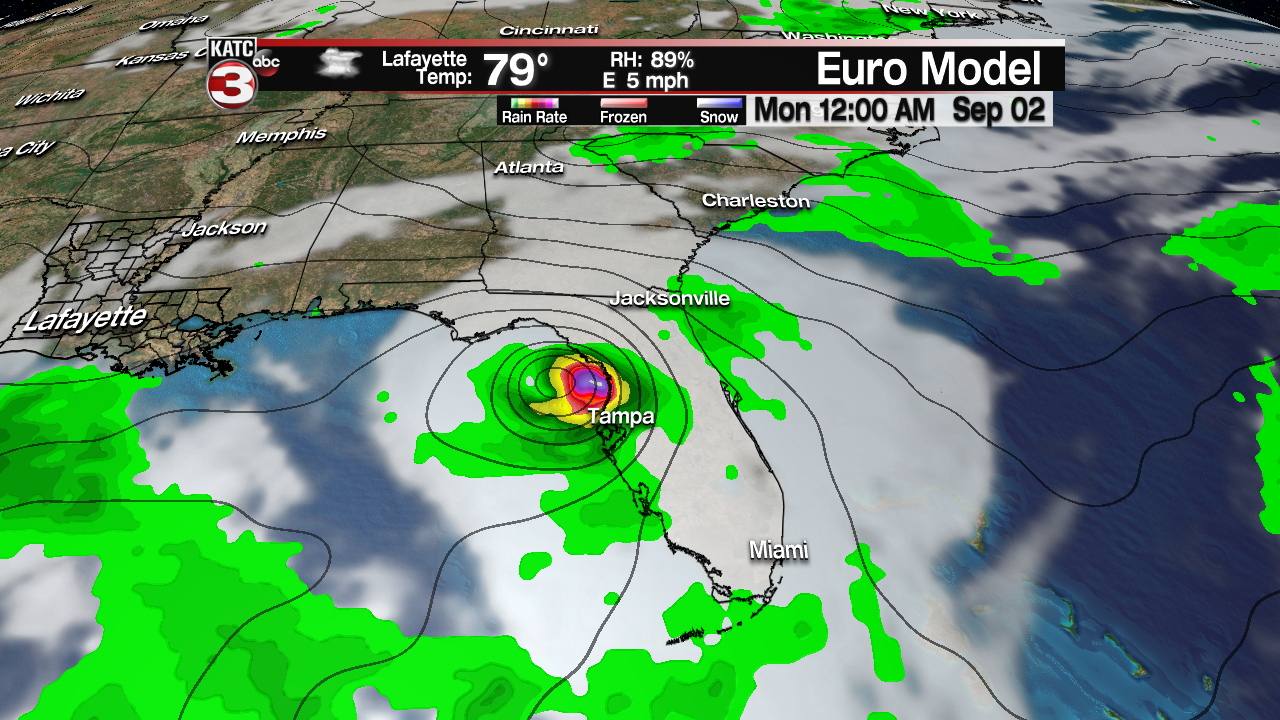 We will have one more summer like day on Wednesday with hot and humid conditions for the first half of the day followed pop-up showers and storms in the afternoon.

The difference on Wednesday is that the chance for showers and storms will linger into the evening as a weak cool front will be slowly dropping down into the region.

Also, we will have to watch these showers and storms as a couple could be on the stronger side producing downpours, lots of thunder and lightning and gusty winds up to 40 mph.

This front should push out into the Gulf Thursday creating a dry, sunny day for most of us with humidity levels starting to fall but highs could still reach the lower 90s.

Now for our viewers towards Lake Charles there will be the slight chance for a stray shower Thursday as the front could still be draped over southwest Louisiana.

Friday and Saturday look nice with comfortable humidity levels and plenty of sunshine but it still will be hot with highs in the lower 90s.

There is some good news for the rest of Labor Day weekend as rain chances are going down to just 20-30% for a few isolated showers and storms Sunday and Monday afternoon.

Beyond Monday there are still a fair amount of questions in our forecast depending on where Dorian ends up going.

Speaking of Tropical Storm Dorian it has now entered the Caribbean and has sustained winds of 50 mph.

The main story with Dorian on Tuesday is that upon crossing over the Lesser Antilles the center of circulation has fallen apart while a new center developed to the north where the better convection is located as the storm is beginning to grow in size.

Now that Dorian is over the Caribbean it is expected to slowly strengthen over the next 36 hours to a strong tropical storm as it heads for Puerto Rico.

According to the latest forecast track from the National Hurricane Center Dorian is projected to make landfall over the western half of Puerto Rico as a strong tropical storm Wednesday afternoon/evening.

Upon crossing through Puerto Rico the storm could weaken some as it encounter the mountainous terrain of the island.

After it emerges back over the open waters of the Atlantic Dorian will start to re-strengthen as it brushes by the Turks and Caicos, along with the Bahamas, on Thursday and Friday.

Thanks to a blocking high near Bermuda that will steer Dorian to the left towards the east coast of Florida by this weekend.

Both the GFS and Euro do suggest the possibility that Dorian could become a hurricane just before making landfall with Florida late Saturday into Sunday.

Tuesday afternoon several models are starting to indicate that Dorian could hold together as it crosses through the peninsula of Florida and enter into the eastern Gulf of Mexico by late Sunday night.

The good news for Louisiana is that most models have Dorian hugging the coast of the Florida panhandle before then moving onshore again near the Alabama-Florida line.

We will continue to watch the models but right now this does NOT look to impact us here in Acadiana and might actually help to keep us on the drier side for next week.

The other thing that looks to be working to our benefit is that an upper level low that will be spinning in the southwestern Gulf which should steal some of the energy from Dorian when it enters the eastern Gulf.

Also, in the Atlantic Tropical Depression 6 is still hanging on and could become Tropical Storm Erin on Wednesday before then weakening on Thursday as it moves to the north well off the east coast.