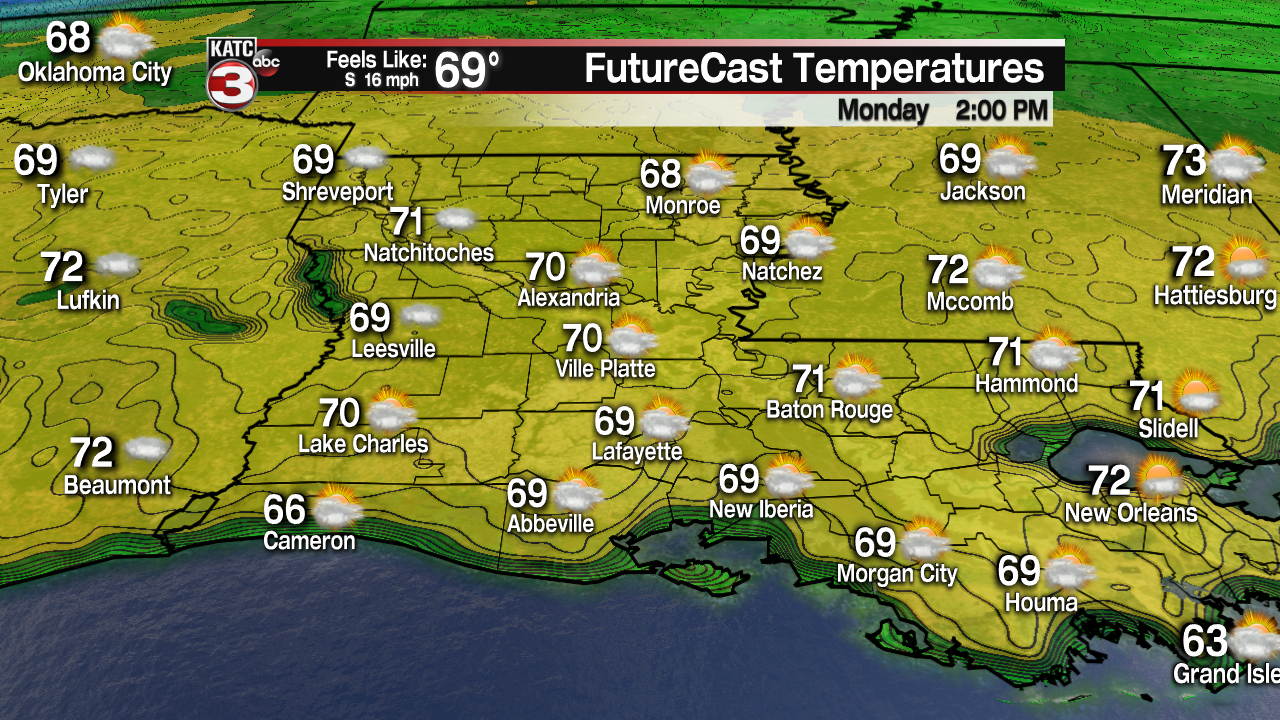 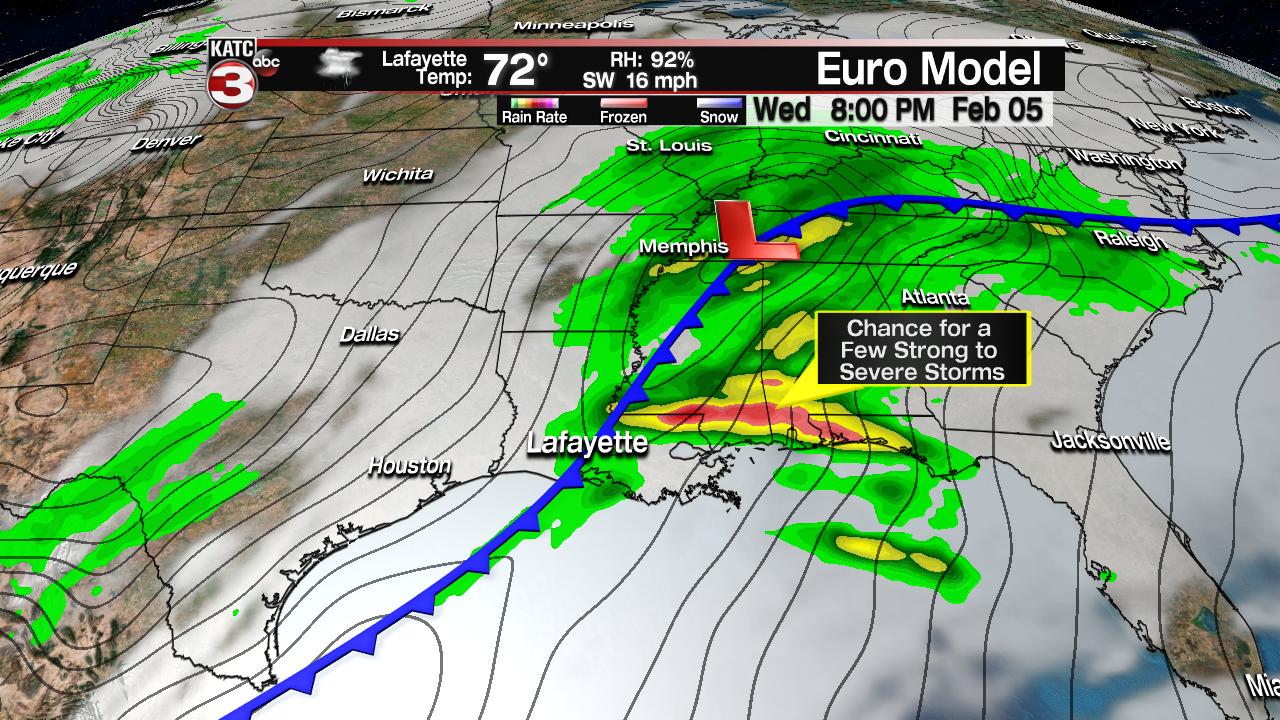 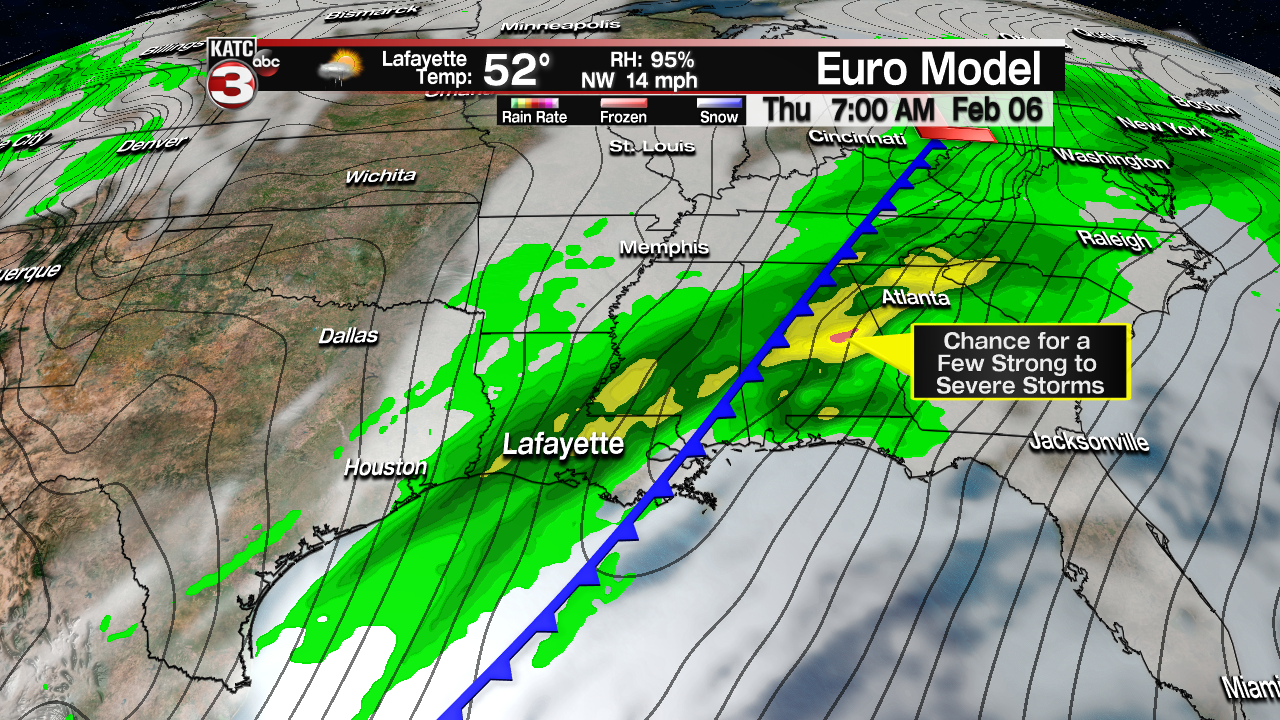 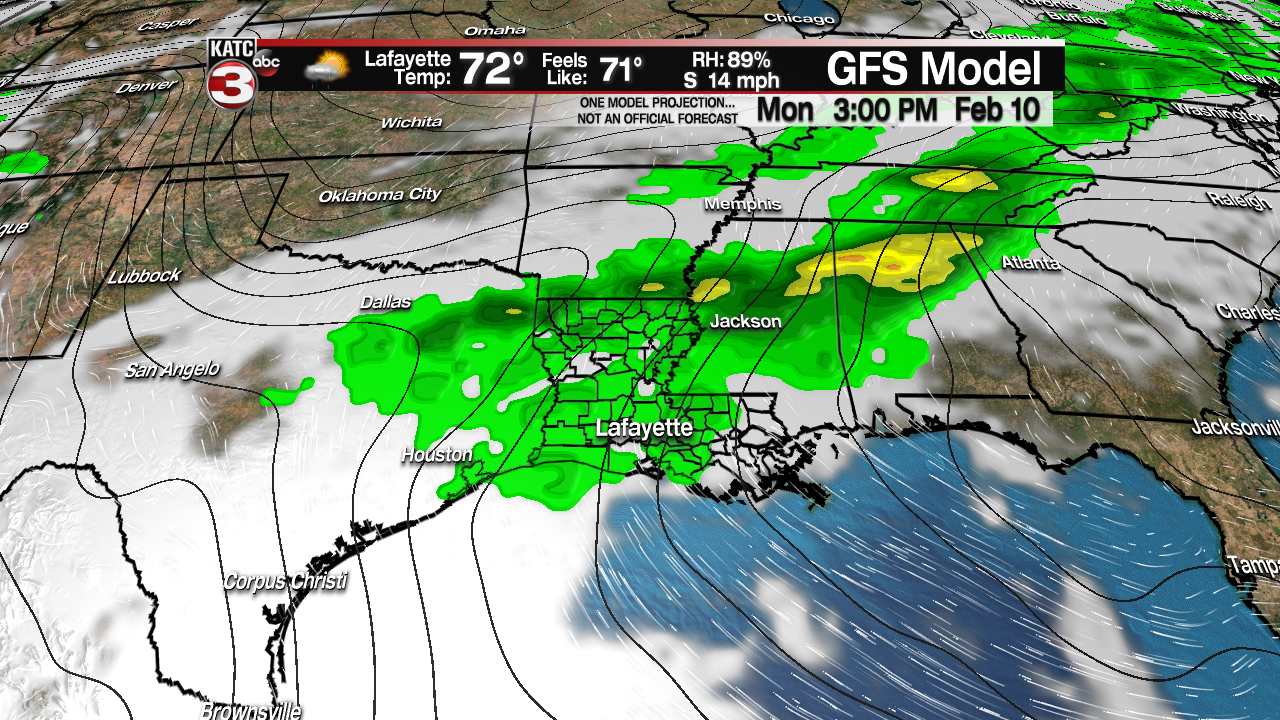 Hope you enjoyed the sunshine this weekend because clouds will start to move back over Acadiana later on tonight.

Thanks to the clouds temperatures will not get as cool tonight as lows will hold in the low to mid 50s.

We could luck out and get a few peeks of sunshine Monday morning but clouds will continue to increase throughout the day.

The good news is temperatures will be on the mild side again in the lower 70s.

Winds will also pick up Monday afternoon out of the SSW at 10-18 mph.

There is a slight chance for a few passing showers Monday evening as Gulf moisture is pushed over Acadiana.

Tuesday looks to be another cloudy, breezy and mild day with highs in the low to mid 70s.

During the afternoon there will be the chance for a few hit or miss showers but the better rain chances look to stay to our north towards the ArkLaTex region.

Wednesday is when widespread scattered showers and a few storms finally move into Acadiana.

As our next system moves through there looks to be a decent amount energy to produce a low end severe weather threat.

This event is still a few days out so we don't know the specific timing just yet but right now the main concern will be the possibility for damaging wind gusts up to 60 mph.

It will also get much cooler on Thursday with highs only in the mid 50s.

Lows Friday morning will be rather chilly dipping into the mid to upper 30s.

However, with the return of wall to wall sunshine Friday afternoon temperatures will warm up into the mid 60s for highs.

The nice weather should continue for the weekend with temperatures a tad warmer in the upper 60s to lower 70s under partly cloudy skies.

Unfortunately by the following week an unsettled pattern could return to Acadiana bringing more showers and lots of clouds.