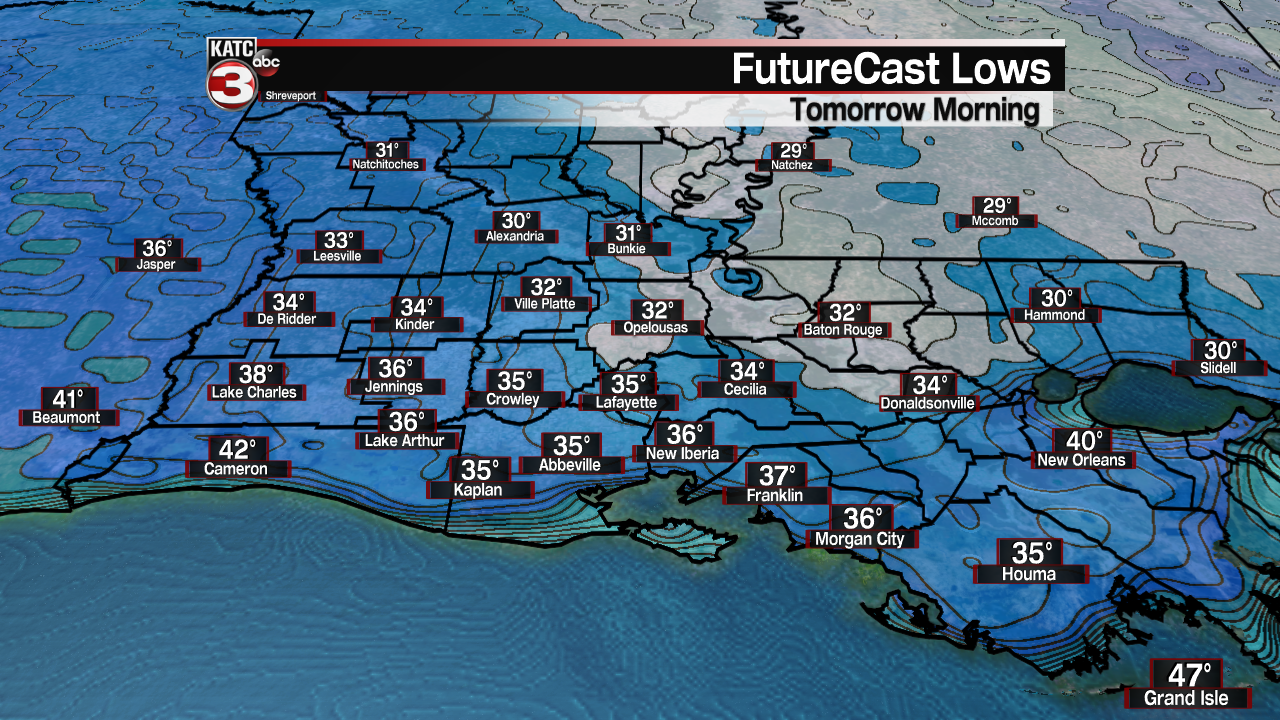 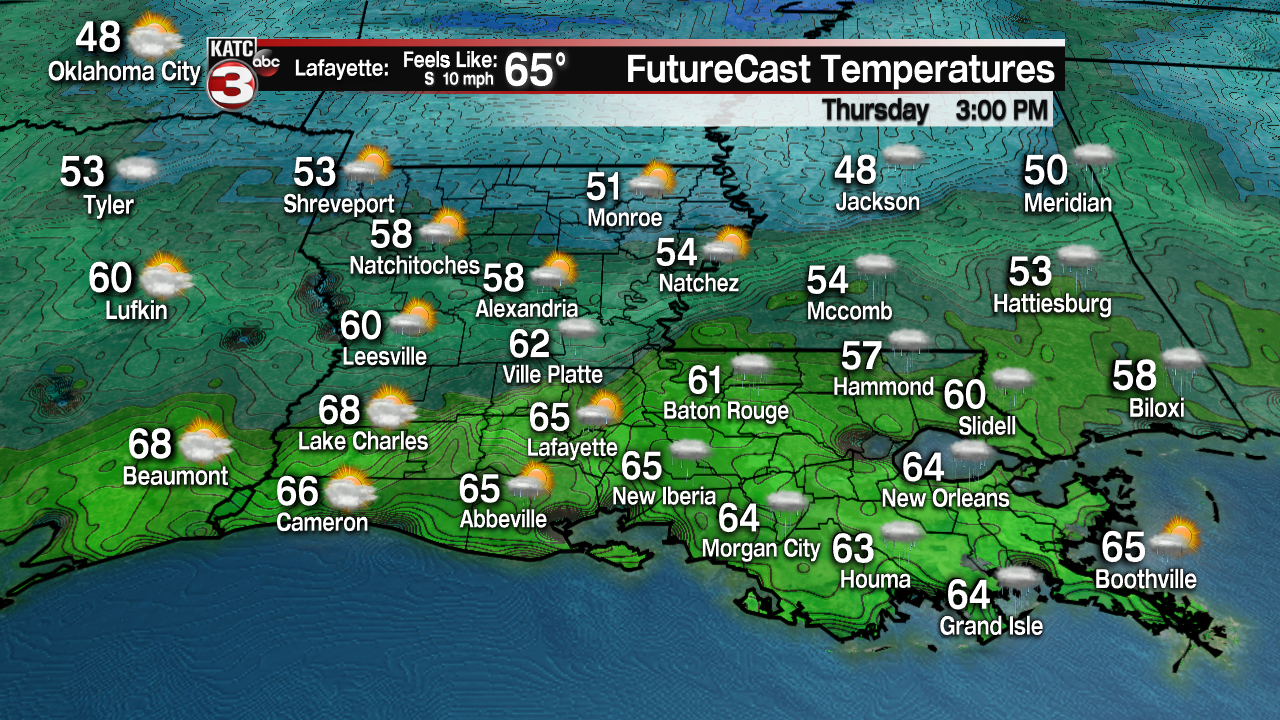 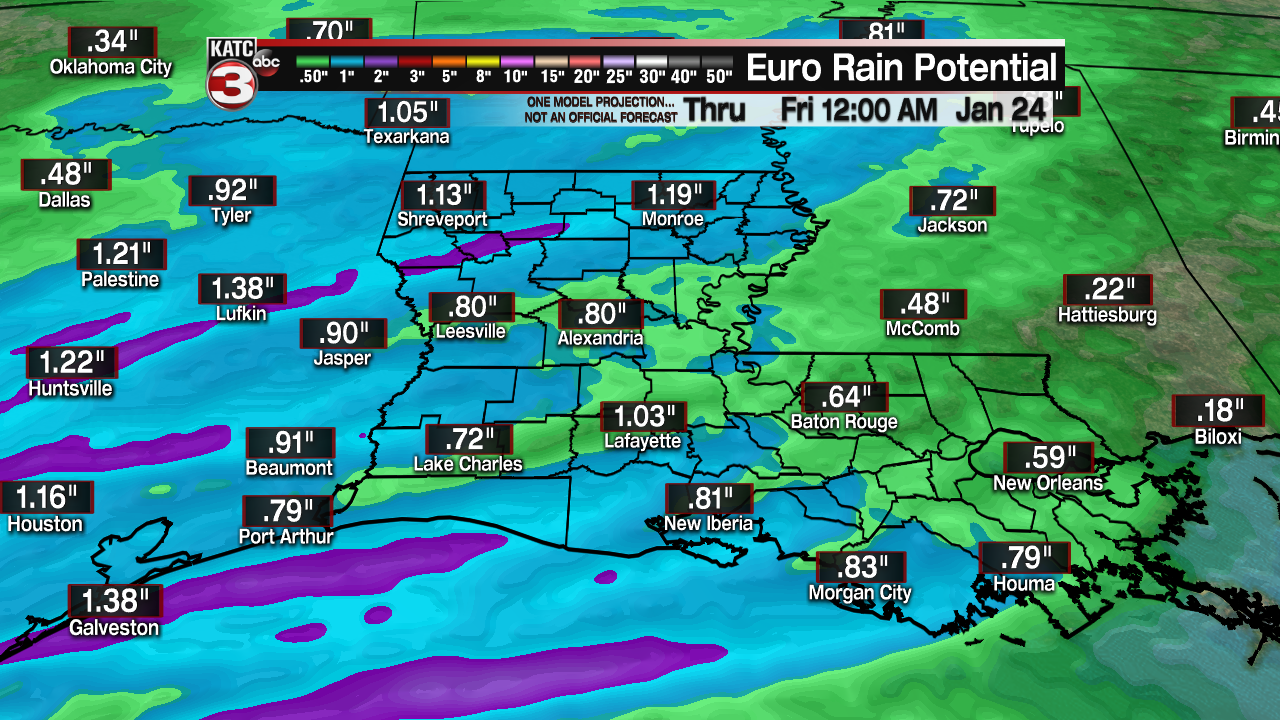 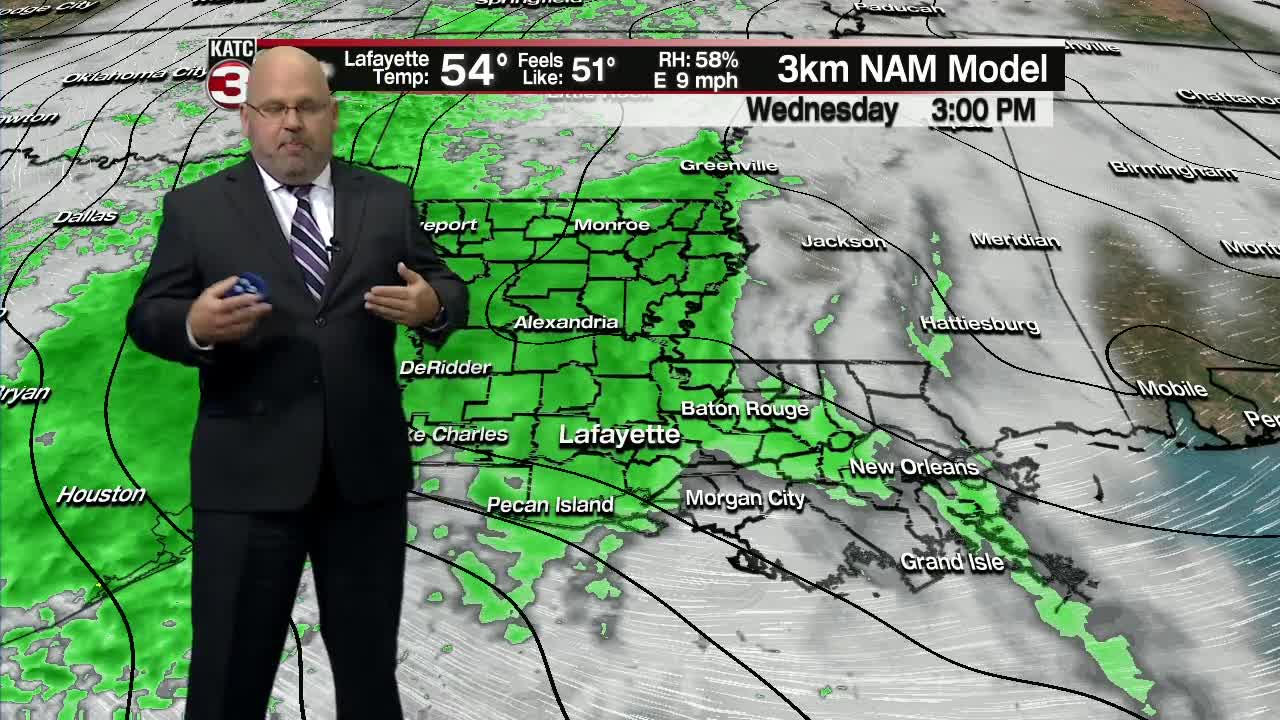 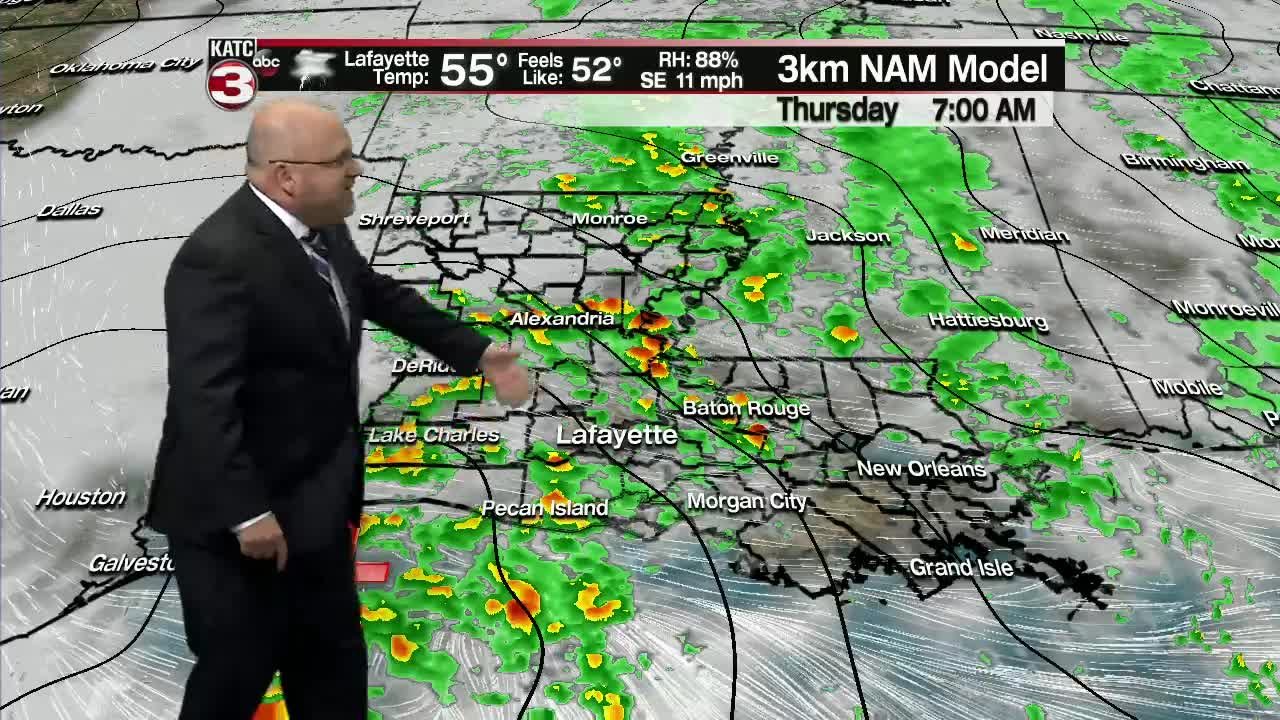 After another chilly night and morning, Acadiana will see an increase in clouds Wednesday with showers likely not far behind.

With fair skies and generally light winds, temperatures will drop as low as the low to mid 30s overnight with some patchy frost a distinct possibility in exposed areas that remain under mostly fair skies.

High level cirrus clouds that will stream into the area over the next 24 hours could also inhibit some of the cooling overnight, so readings closer to the upper 30s are also possible for Wednesday morning.

The bottom line though, it would be prudent to protect the plants and have the pets sheltered for one more night.

It will be another cool day for Acadiana Wednesday as clouds increase capping temperatures closer to the mid-50s for an afternoon high.

On the radar, we will likely see plenty of rain showing up to the west Wednesday afternoon, but with a dry atmosphere to start, most of the precipitation we'll be seeing will be in the form of "virga" where most precipitation evaporates before it reaches the ground.

Nonetheless, there will be a 20% chance of patchy rain developing to the west by late afternoon with that activity continuing across Acadiana into tomorrow night.

Eventually, as the atmosphere moistens-up, a good chance of showers and some embedded storms will be possible overnight into early Thursday with an area of surface low pressure developing along coastal Louisiana courtesy of an upper low in coming in from the Pacific Northwest and a disturbance in the sub-tropical jet stream farther to the south.

No organized severe weather nor heavy rainfall is anticipated with Thursday's system, with rainfall expected to be generally an inch or less in most spots...but like the last couple of systems to traverse the area, the rainfall amounts may deliver a little more than the model projections.

After Thursday's showers and storms, Acadiana should be on the receiving end of a couple of nice and seasonable days Friday into Saturday.

Another quick-moving low pressure system is expected to develop in the Gulf Sunday but the impact inland on rain chances at this juncture looks minimal...but there remains a chance of some rain (at 20%) especially for coastal portions of Acadiana.

Temperatures look to stay seasonably cool Friday into the weekend, but no additional freezes are anticipated at this point.

Milder weather is anticipated for the area early next week before Acadiana's next weather-maker and the threat of showers and perhaps some healthy storms return to the area around the following Wednesday.