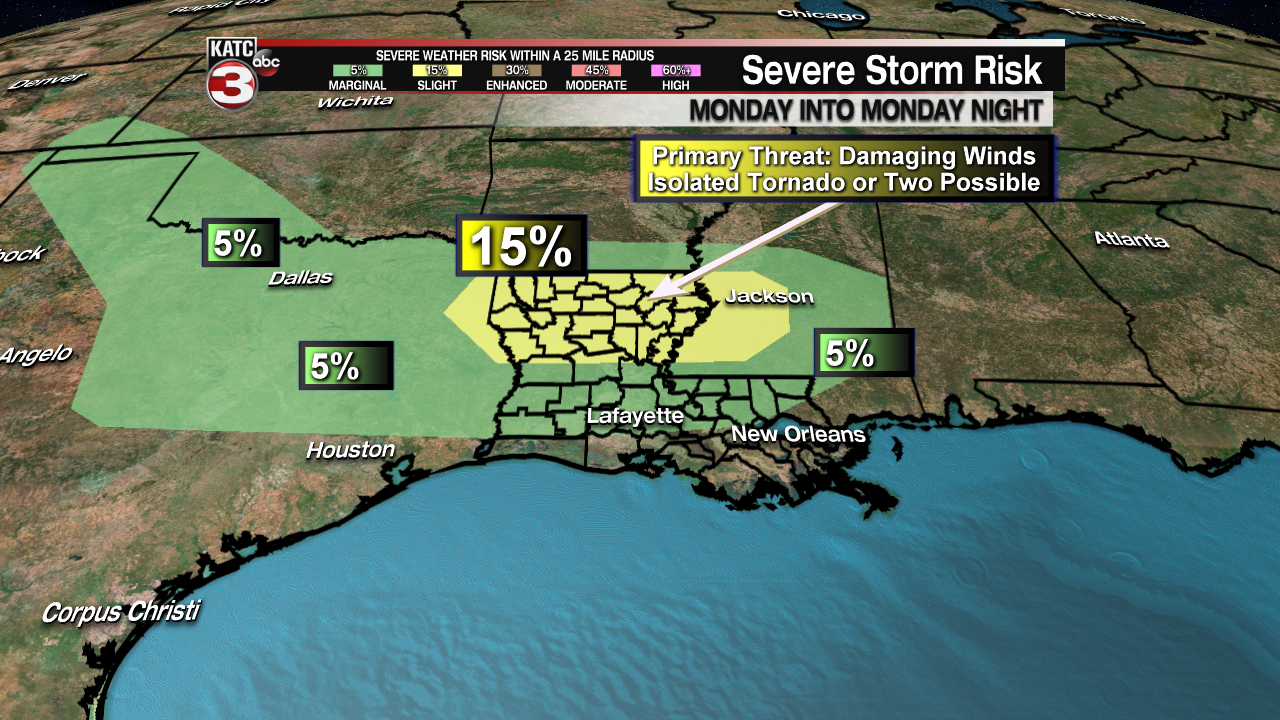 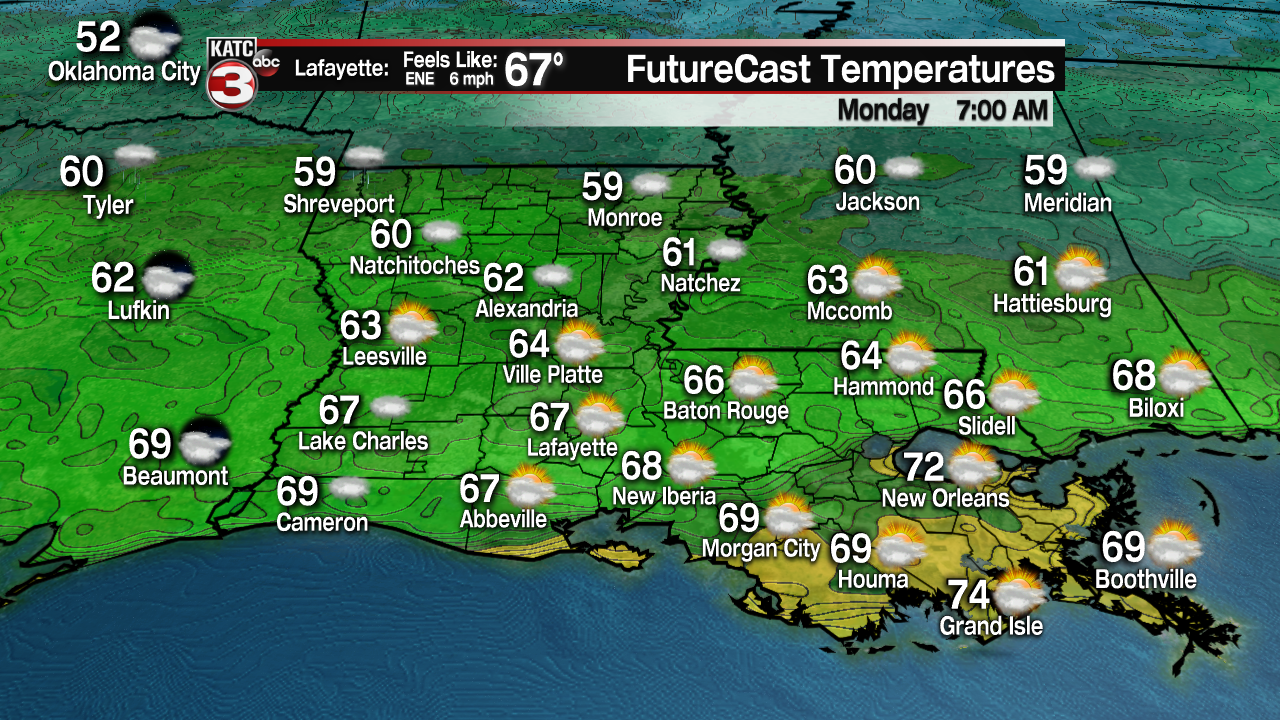 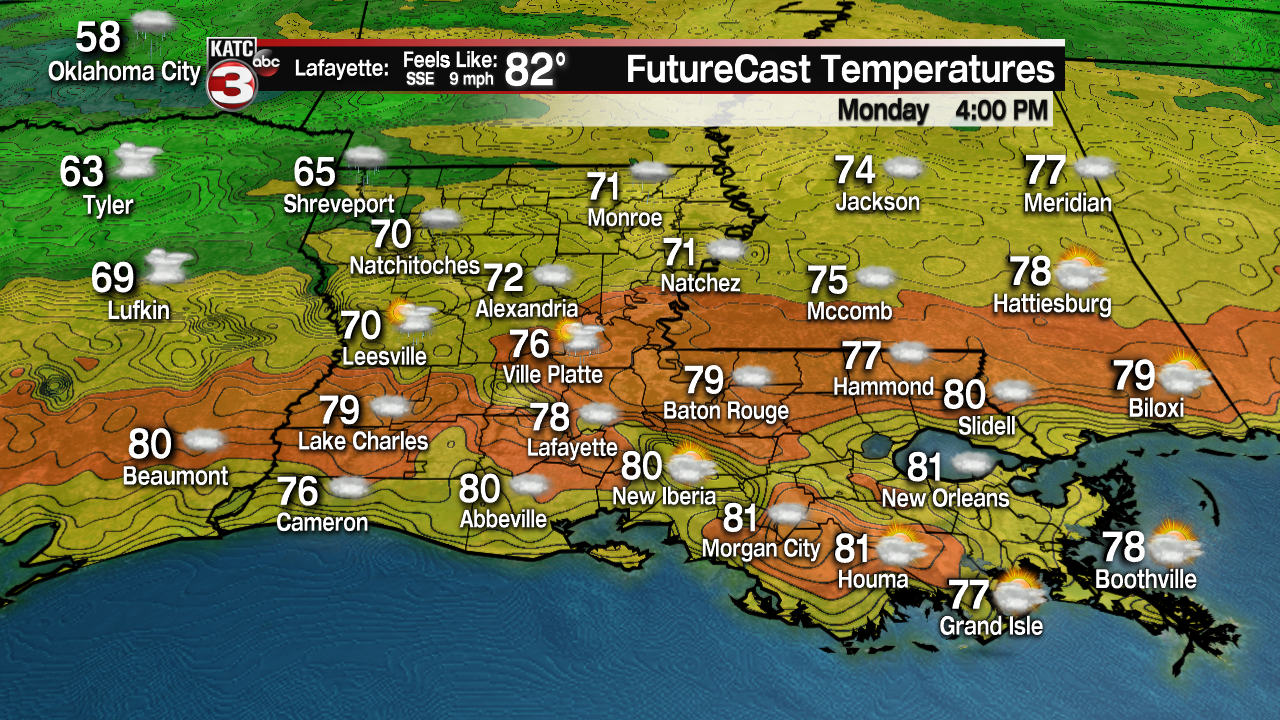 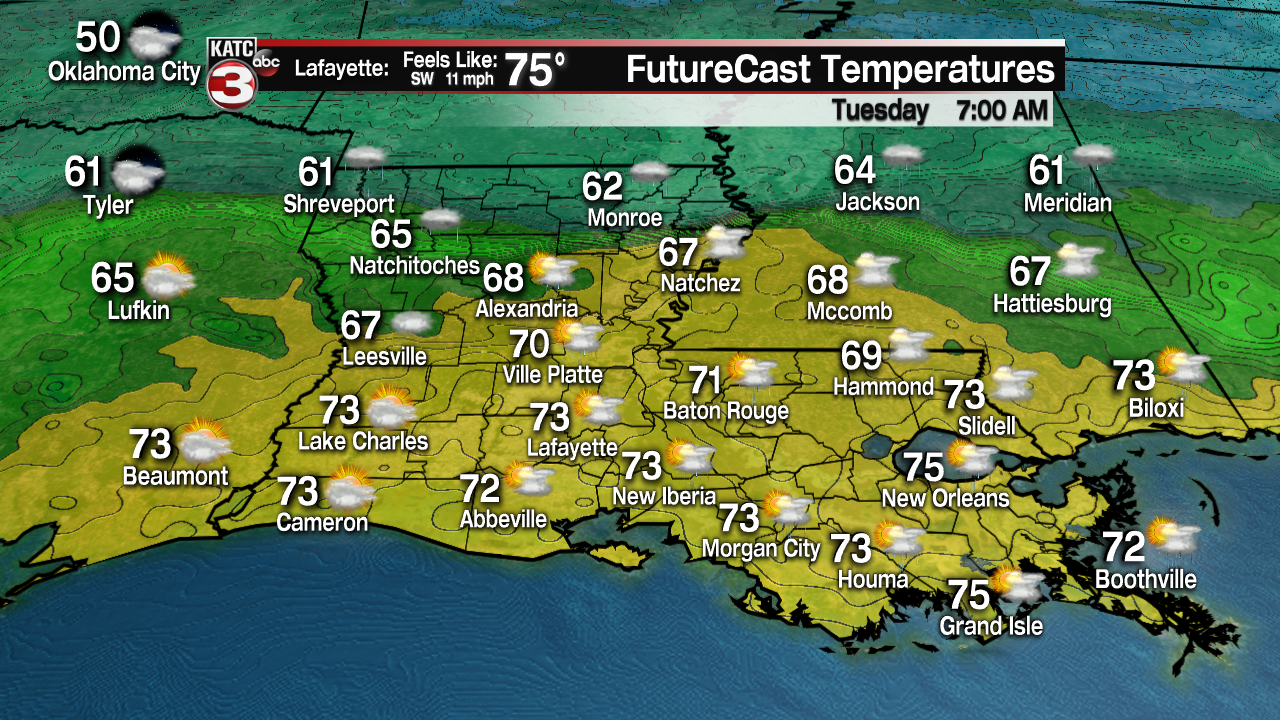 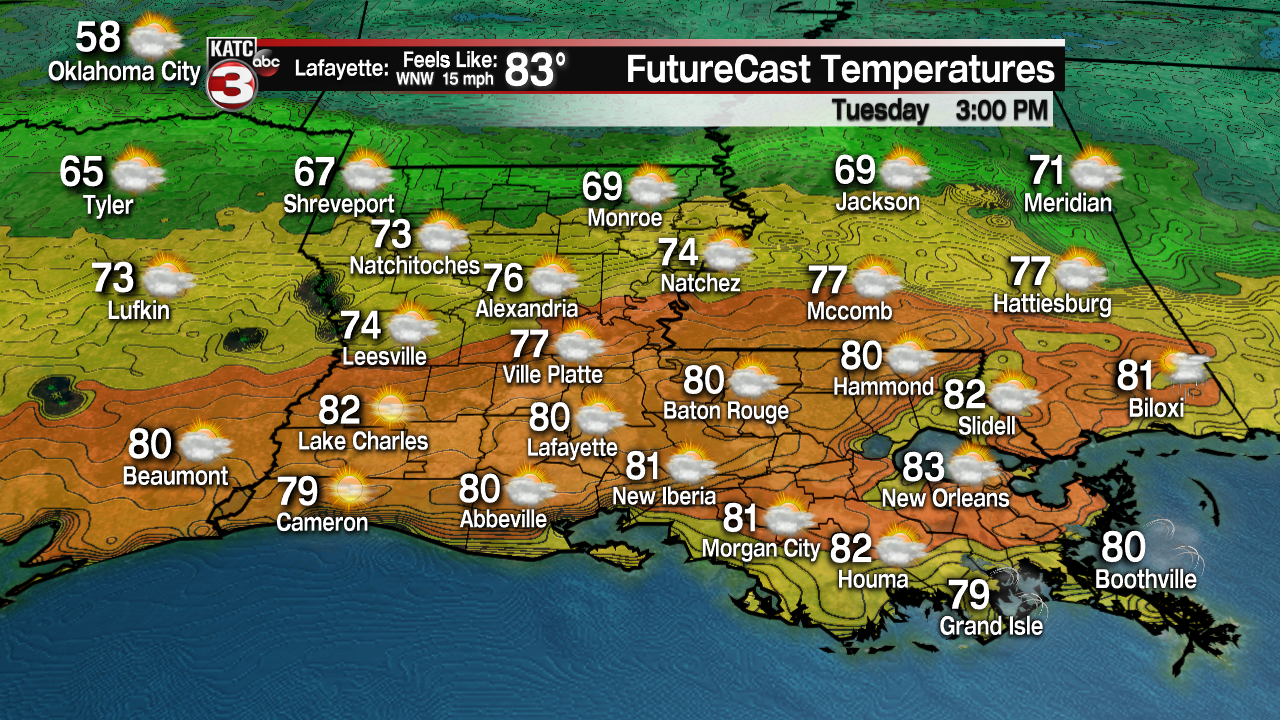 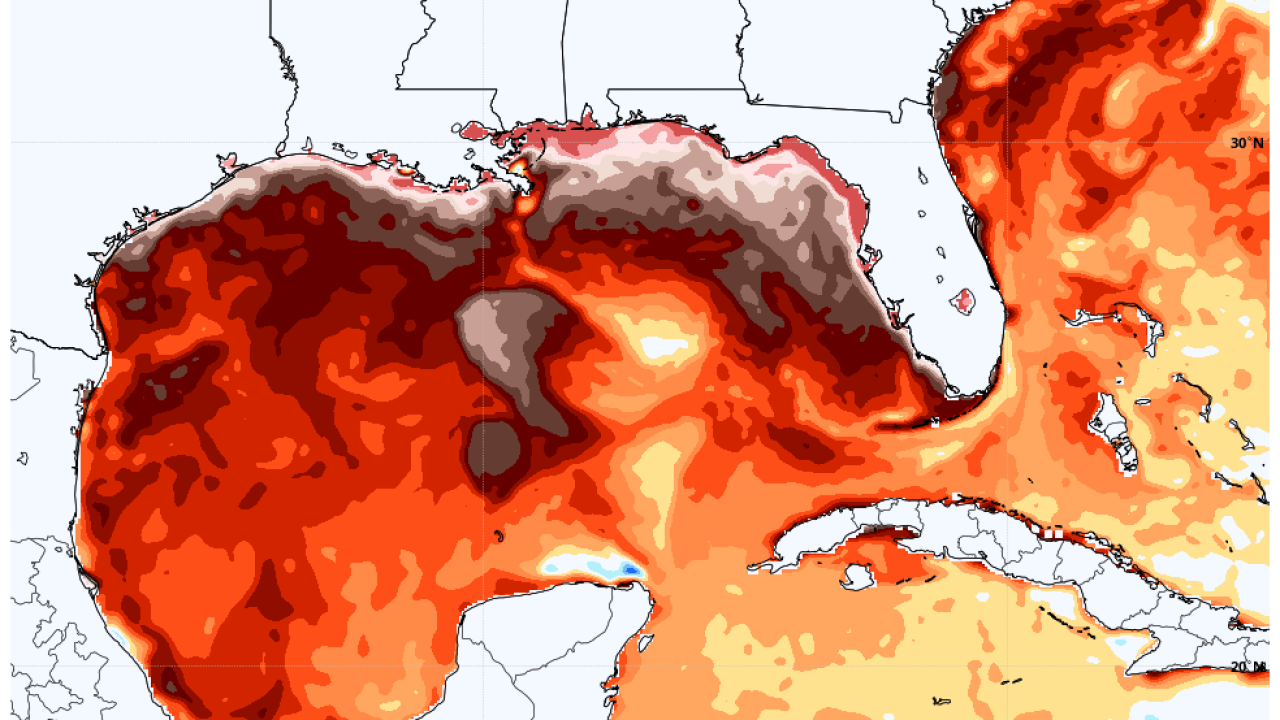 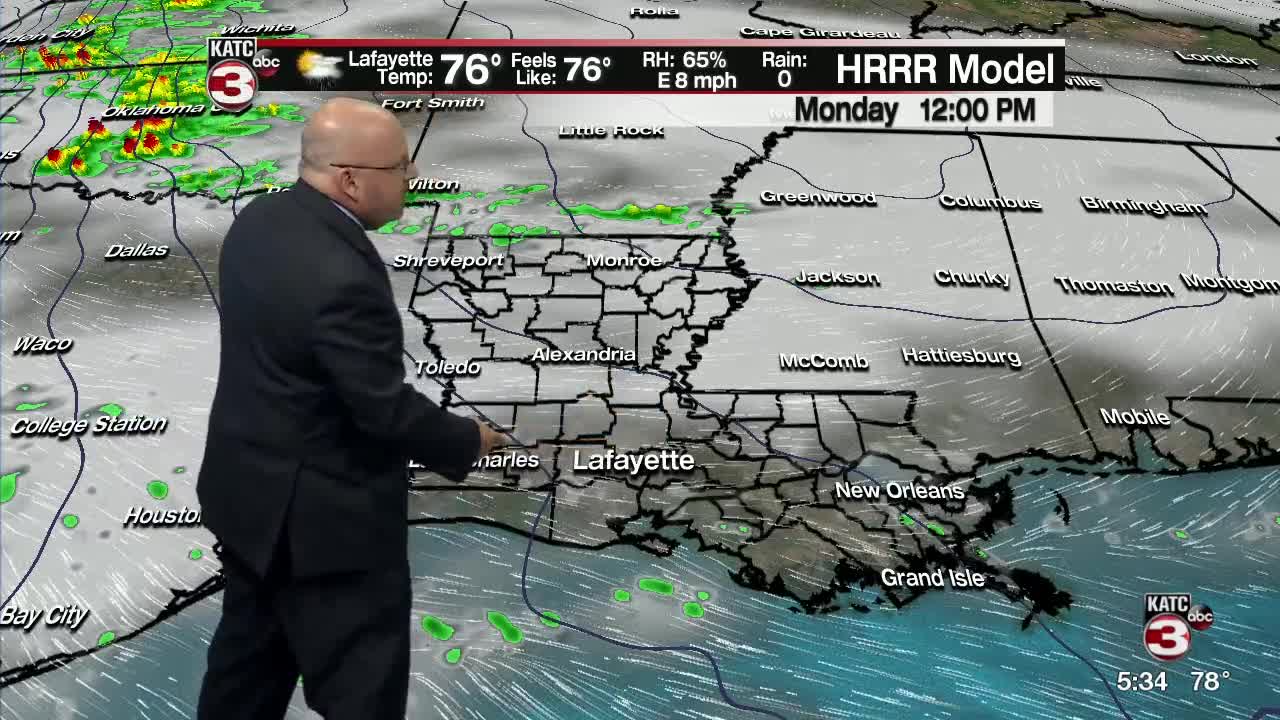 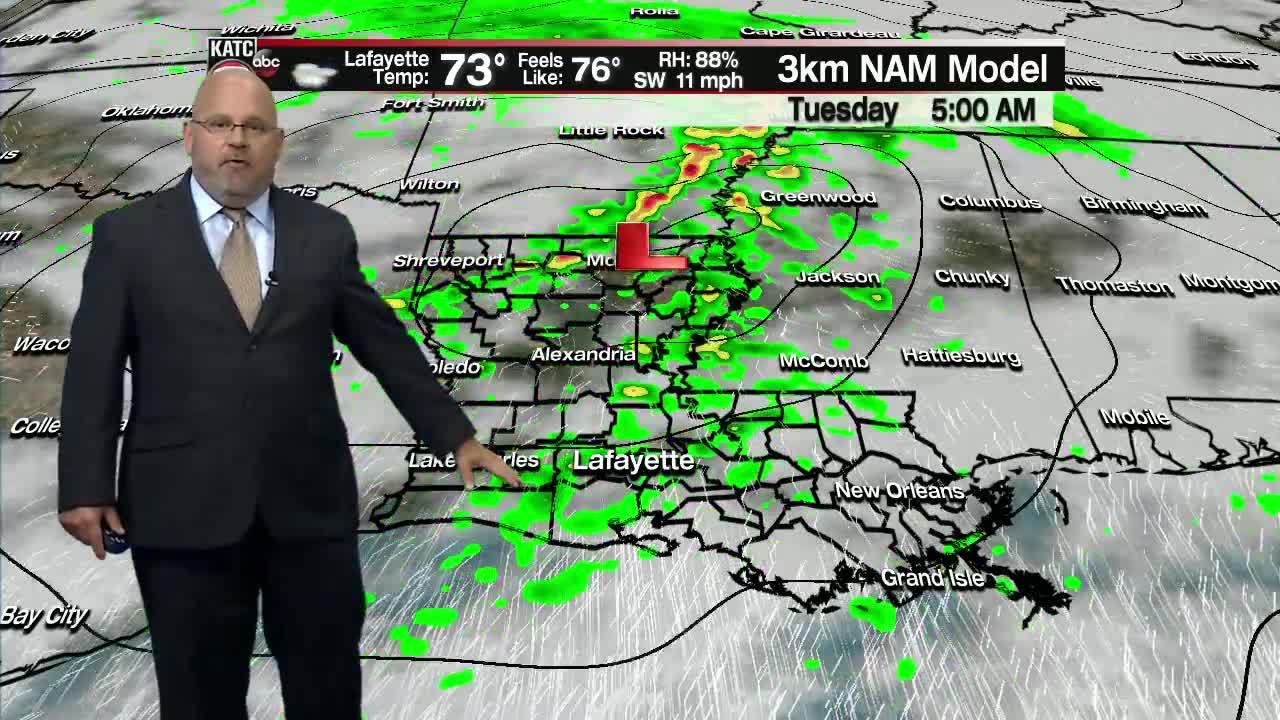 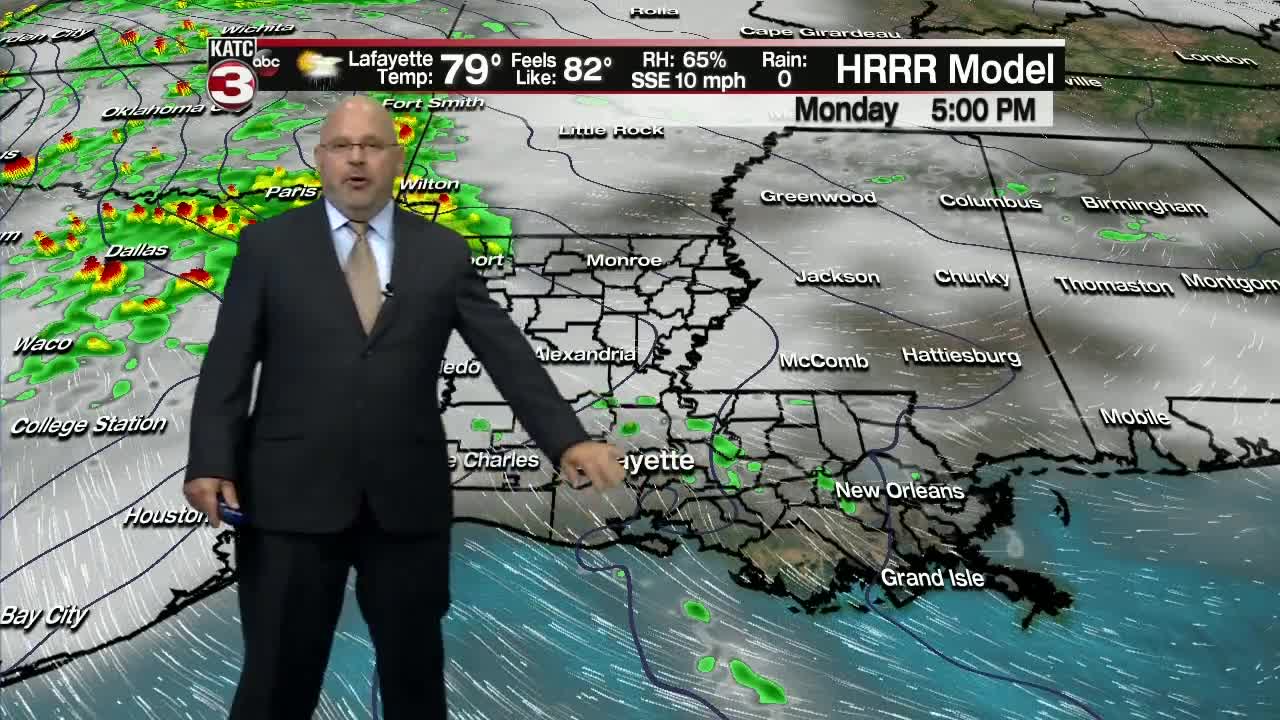 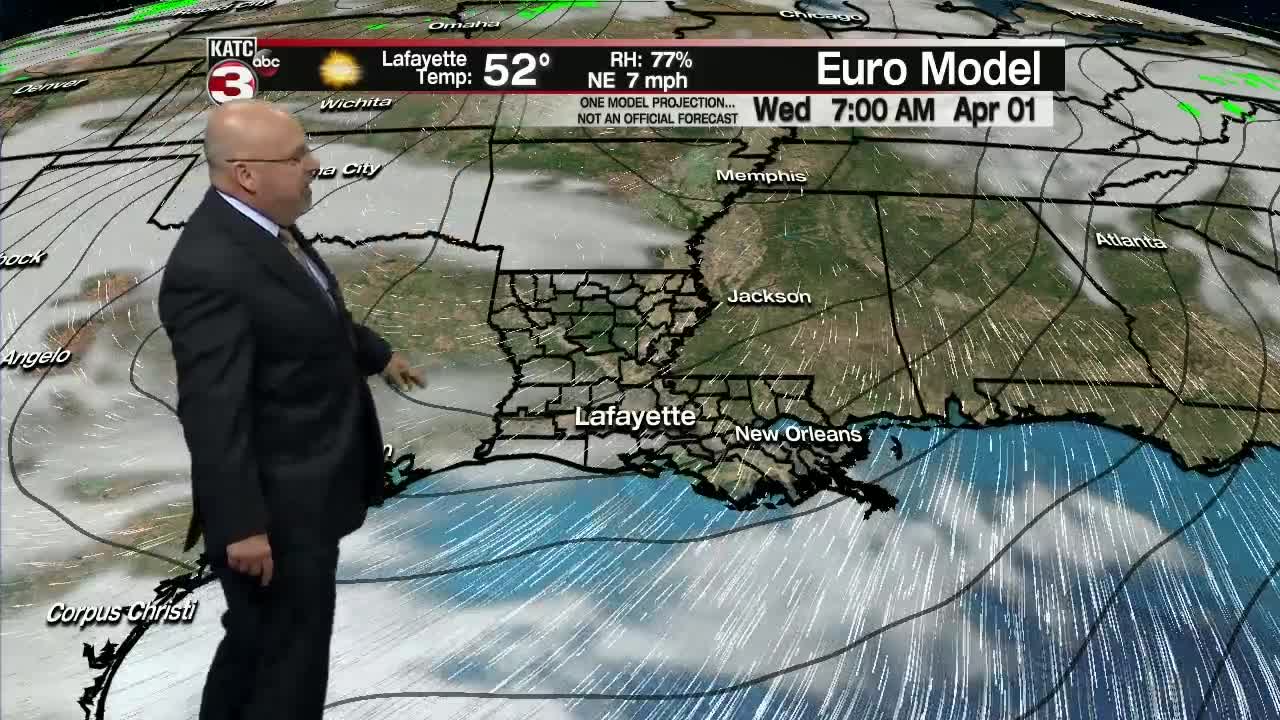 Breezy, warmer and more humid conditions along with the chance of scattered showers and a few thunderstorms are expected for Acadiana into Monday afternoon.

A better chance of showers and storms are anticipated for the area into Monday night/pre-dawn Tuesday as low pressure traverses west to east across the state through the period.

Meanwhile, due to an energetic upper level pattern, the Storm Prediction Center has portions of Acadiana, from the I-10 corridor northward hatched in for a low end, marginal risk of a few severe storms, while the northern part of the state is expected to be in a more elevated "slight" of severe storms.

The main threat of any severe weather will be for storms that could contain damaging winds, but an isolated tornado or two cannot be ruled out especially in the slight risk area.

And while the Gulf of Mexico traditionally puts somewhat of a damper on severe weather dynamics locally in Acadiana this time of year, there remains a wild card in the fact that gulf water temperatures, in the mid-upper 70s are running 4-9 degrees F above normal...which could be unforeseen (by the models) of the thunderstorm potential and intensity locally.

Image above courtesy of WeatherBell Analytics.

So we'll be keeping an eye on the situation later into Monday night.

Thereafter, drier and eventually cooler air (finally) is on the way for the area going into Tuesday night with lows dropping into the invigorating lower 50s by Wednesday morning!

In the near term, look for a pleasant Sunday night with temperatures dropping into the mid-60s with a fresh northeast breeze and under partly to mostly cloudy skies.

Monday will bring temperatures back into the lower 80s, with higher humidity and breezy east to southeast winds.

A few pop-up showers will be possible Monday as a warm front moves northward through the area, with a few thunderstorms possible into the afternoon. Rain chances for Monday should be in the 40% range, give or take 10%.

Rain chances Tuesday night will increase to 70%. Activity will be scattered in nature and relatively progressive so there should be no flood threat.

Temperatures Tuesday will again rise into the lower 80s under partly cloudy skies as the atmosphere begins to dry.

The really nice chill will arrive by Wednesday morning as readings into the lower 50s, perhaps even upper 40s for northern portions of Acadiana parishes, are possible.

Wednesday should be a rather pleasant day with partly cloudy skies and temperatures topping out in the closer-to-normal low-mid 70s.

The pattern gets more unsettled and more uncertain with the risk of showers and a few storm likely to increase late next week into the first part of the following next weekend.

The Euro Model paints a rather active thunderstorm concentration mainly offshore the Louisiana Coast next Friday/Saturday...we'll have to watch if that feature migrates back to the north as there will probably be some sort of severe weather and heavy rain potential with that system...but as of today, it looks to be confined in the Gulf of Mexico.