A nice, but warmer Sunday 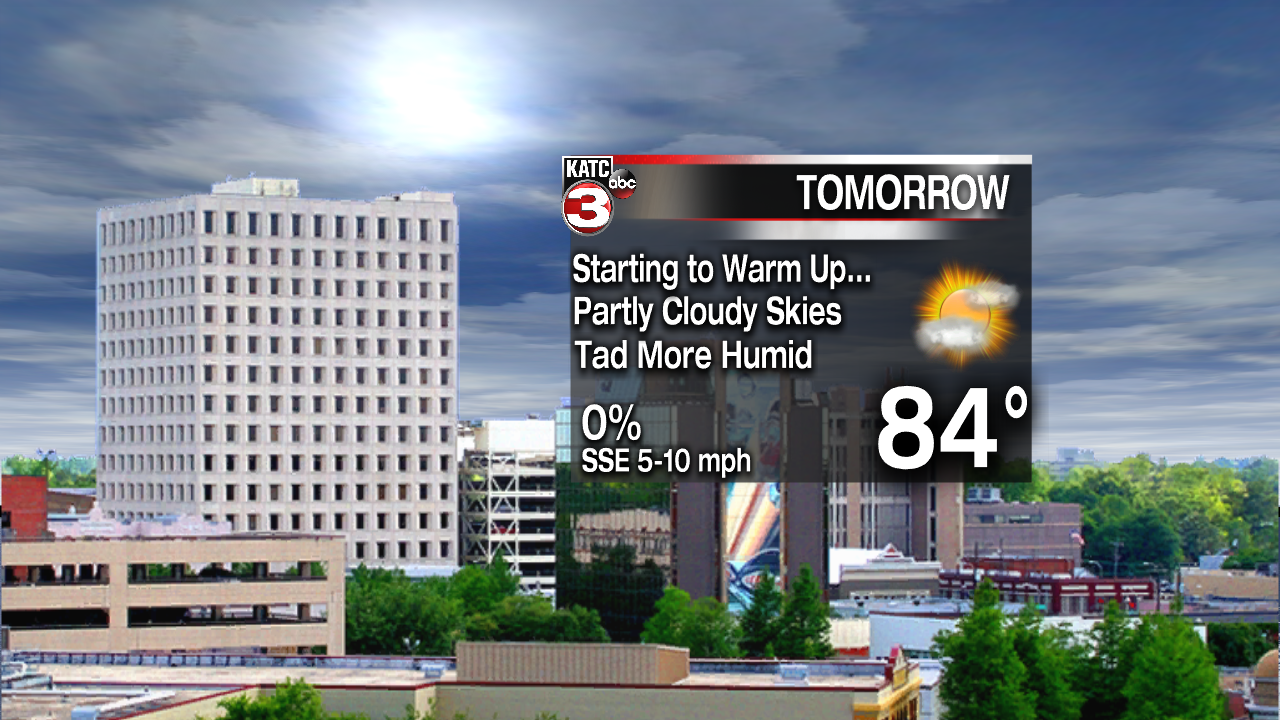 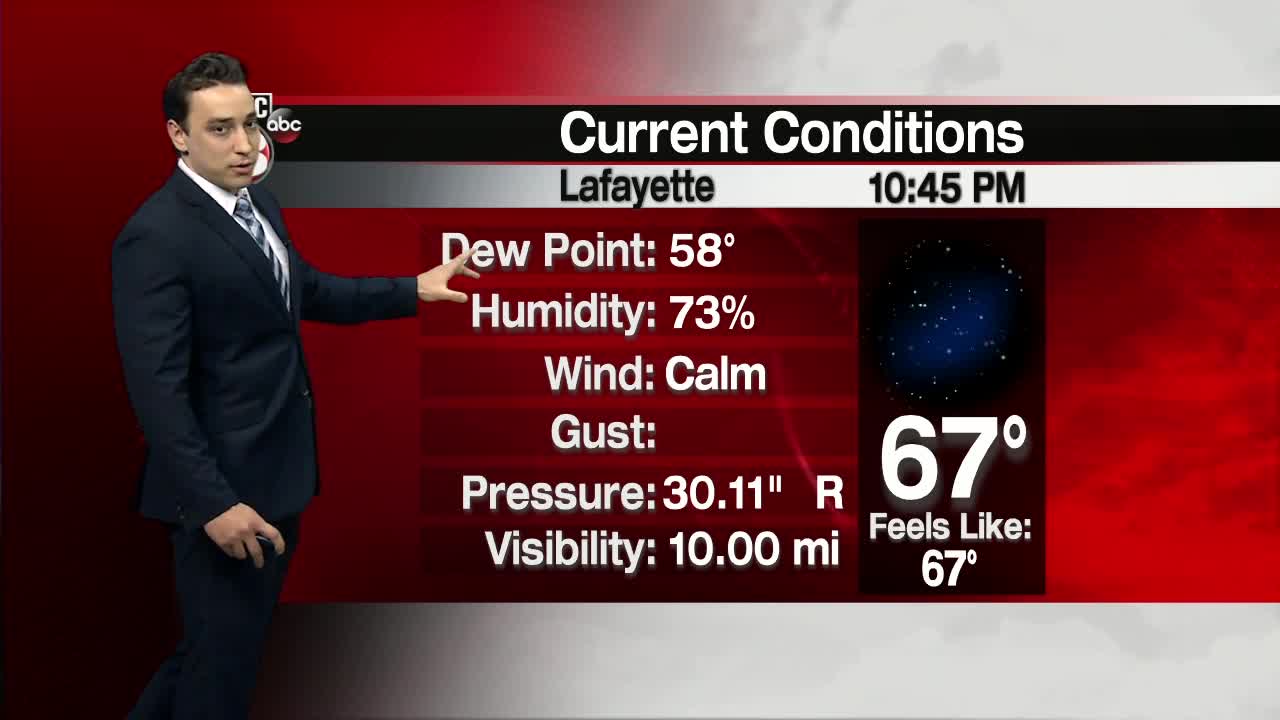 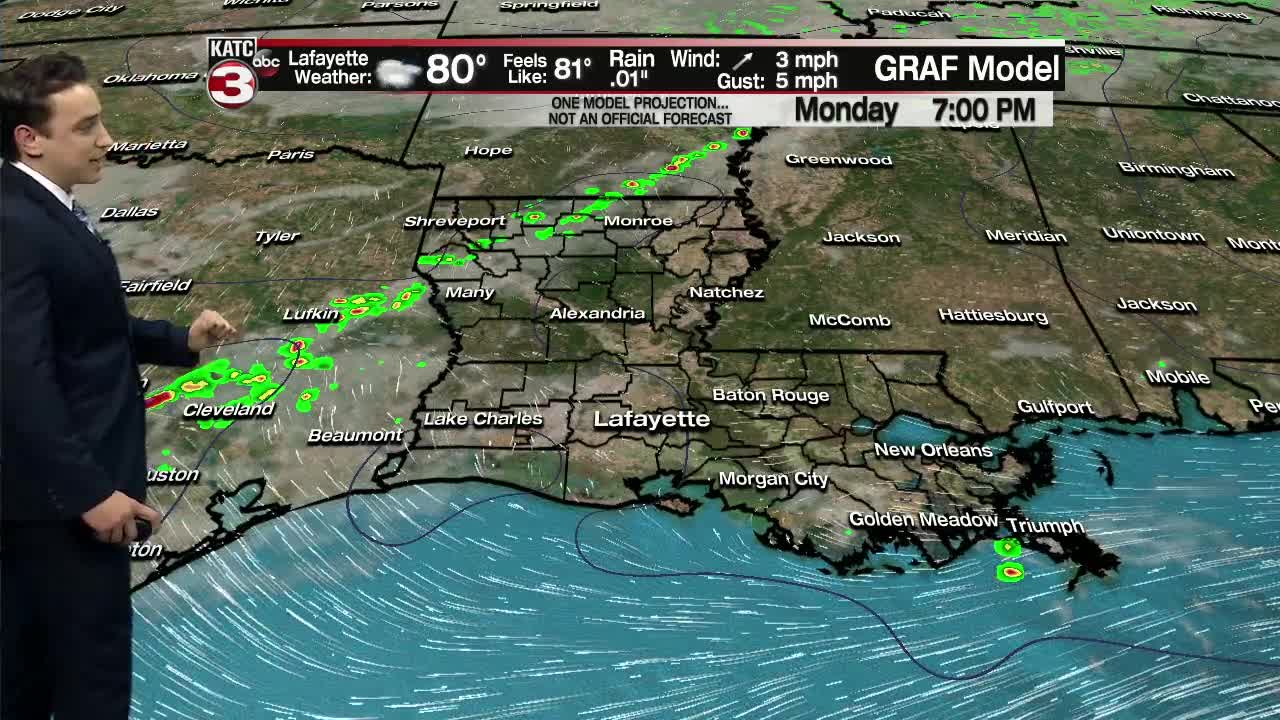 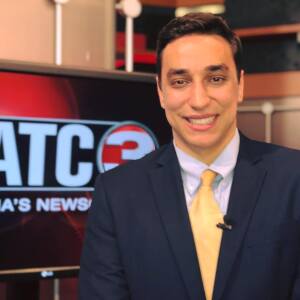 Southeasterly flow returned to Acadiana as early as Saturday afternoon and that will pave the way for milder temperatures overnight Saturday and into Sunday.

Morning lows will start out in the upper 50s to lower 60s under mainly clear skies.

Southerly flow will persist into Sunday afternoon and that will allow temperatures to warm up into the mid 80s.

A little more added moisture in the atmosphere will give way to more of a partly cloudy sky as well. Rain chances will remain zeroed out.

Warming trend will continue into next week as highs settle into the middle 80s with rain chances sitting around 20-30% for mid and late week.

Next front does not look to arrive until late next weekend and into early next week; however, models still differ on the exact timing of that front.

Have a great rest of the weekend!

In the tropics: We still continue to watch two areas of interest in the Atlantic Basin.

The first is just east of Bermuda and will likely form into Epsilon over the next couple of days as it drifts toward the south.

It will be no threat to Acadiana.

The second spot is in the Caribbean Sea and has a 30% chance to develop in the next 5 days as it slowly drifts toward the islands.

At this point, it remains no threat to the Gulf nor to us here in Acadiana, but of course, we will keep an eye on it.

The rest of the tropics are quiet at this time.