A few scattered showers to start the new week 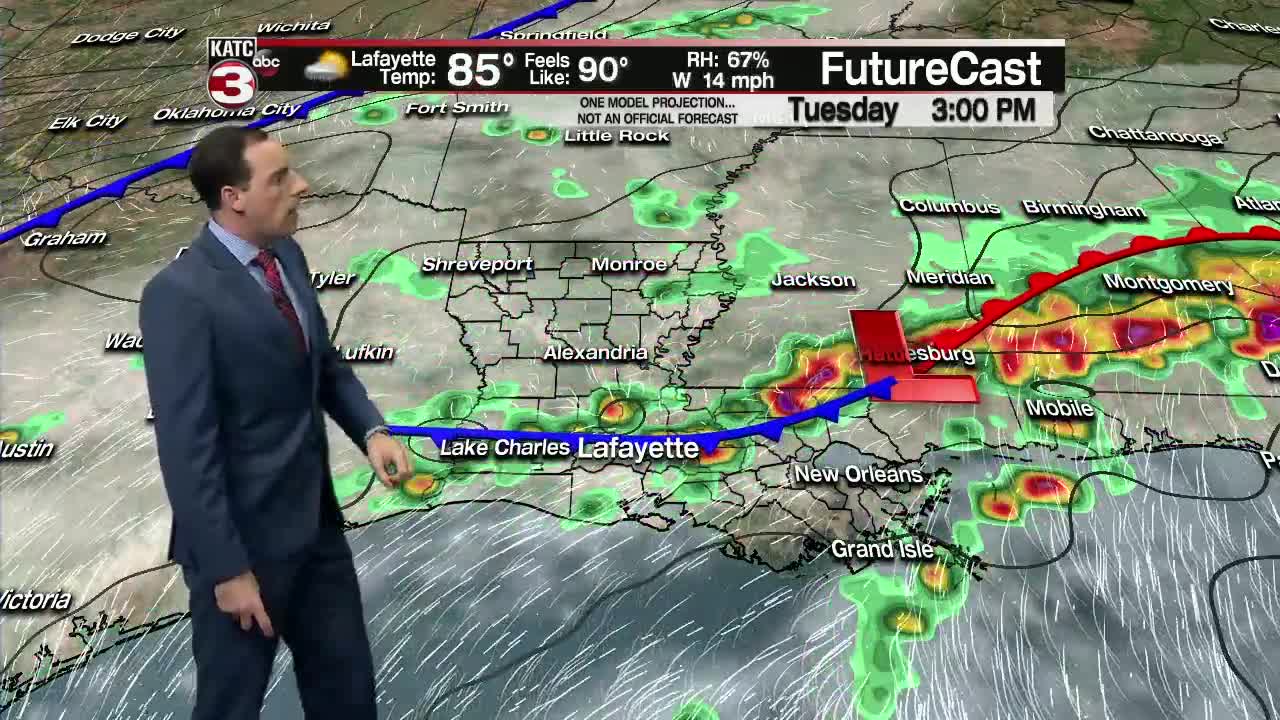 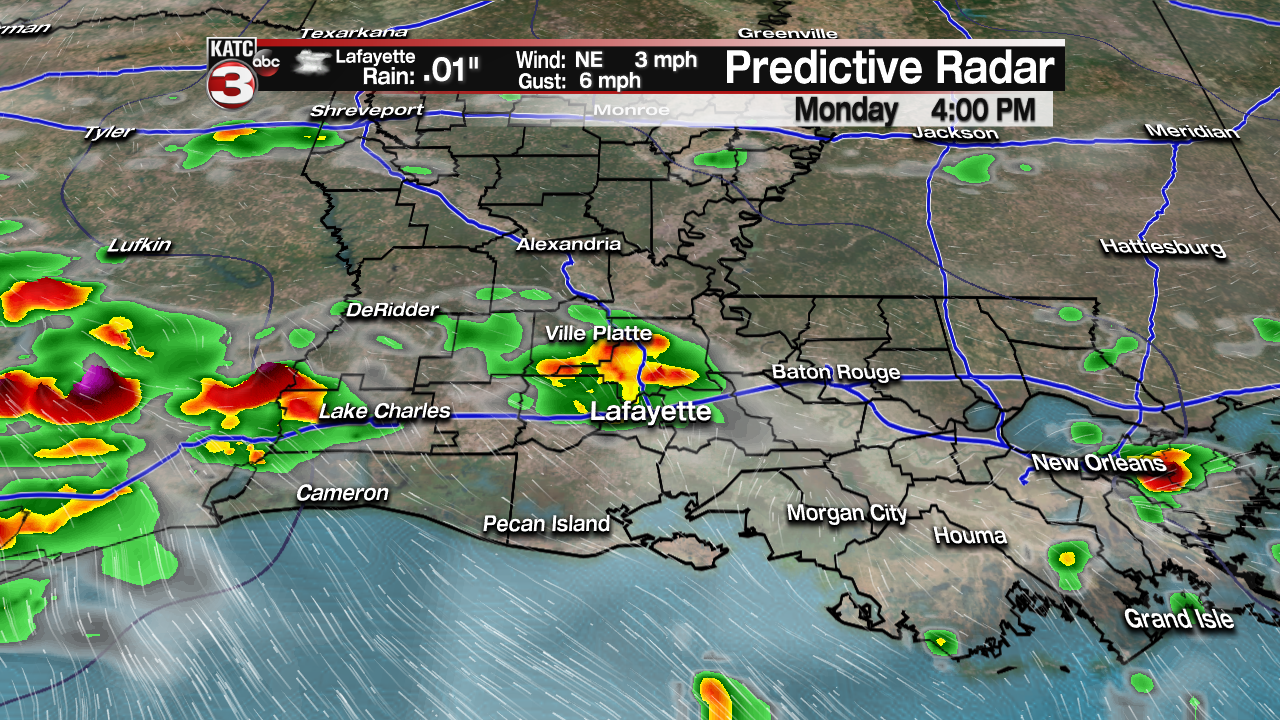 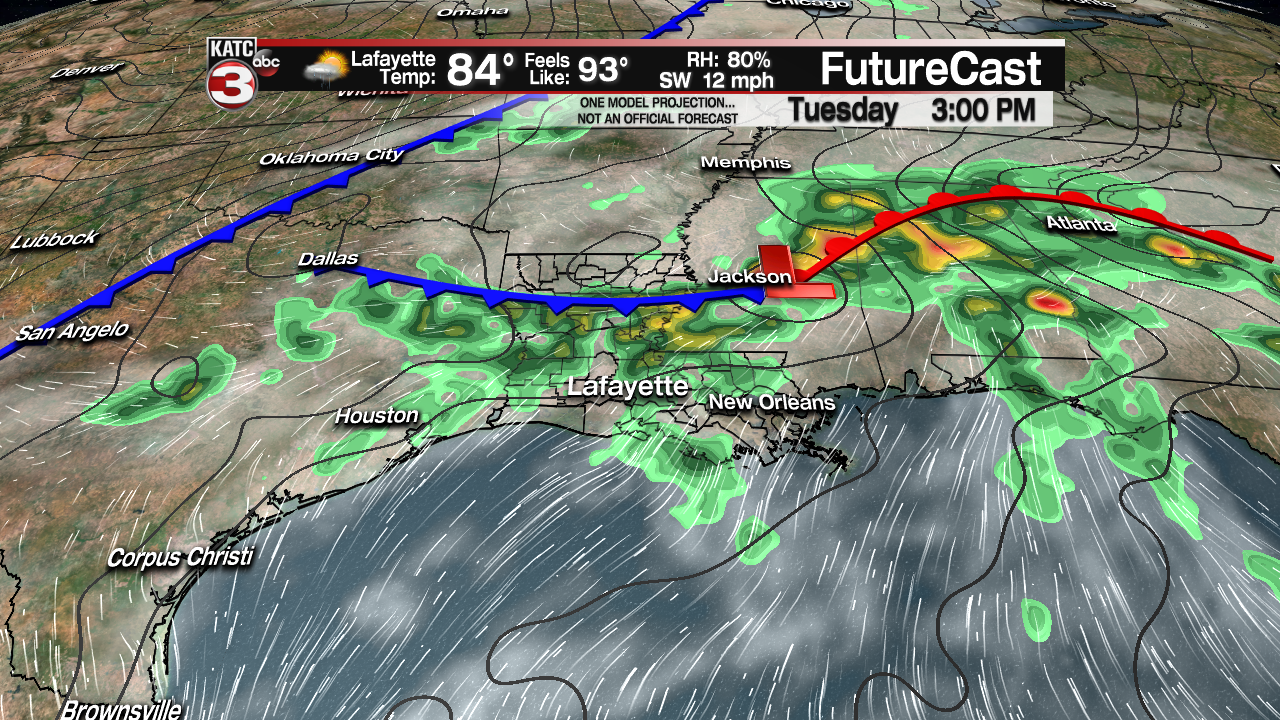 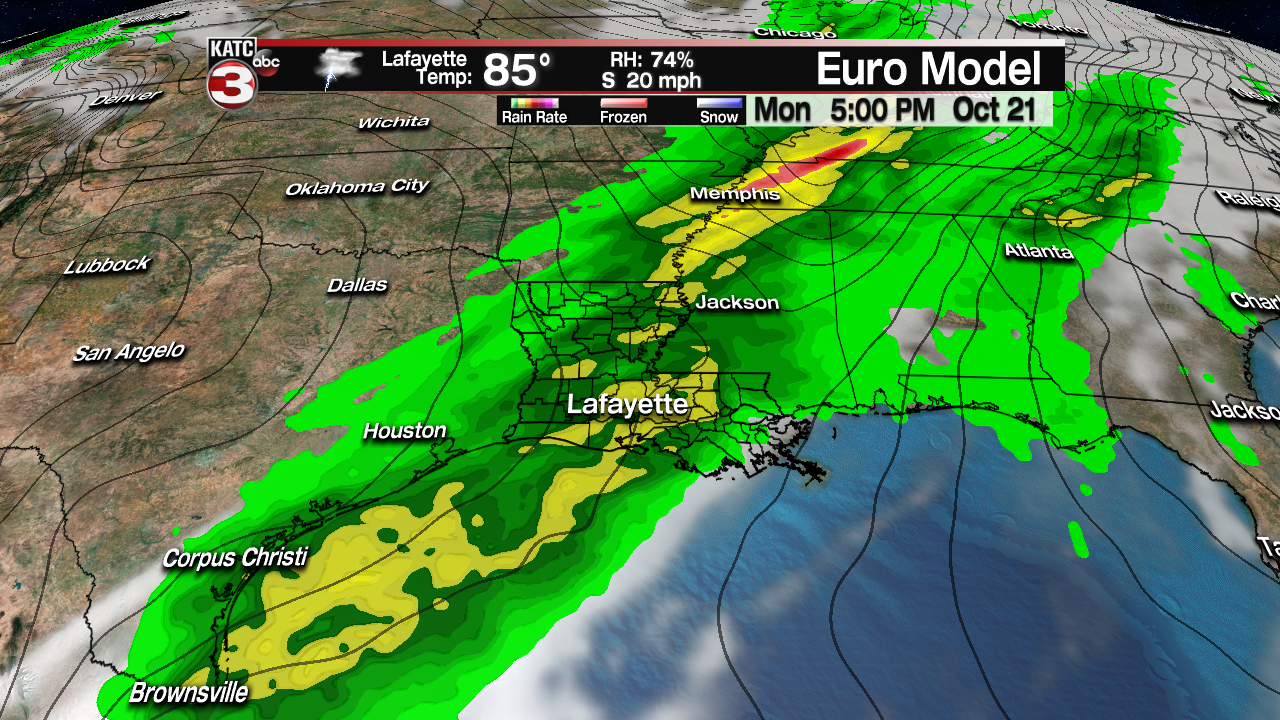 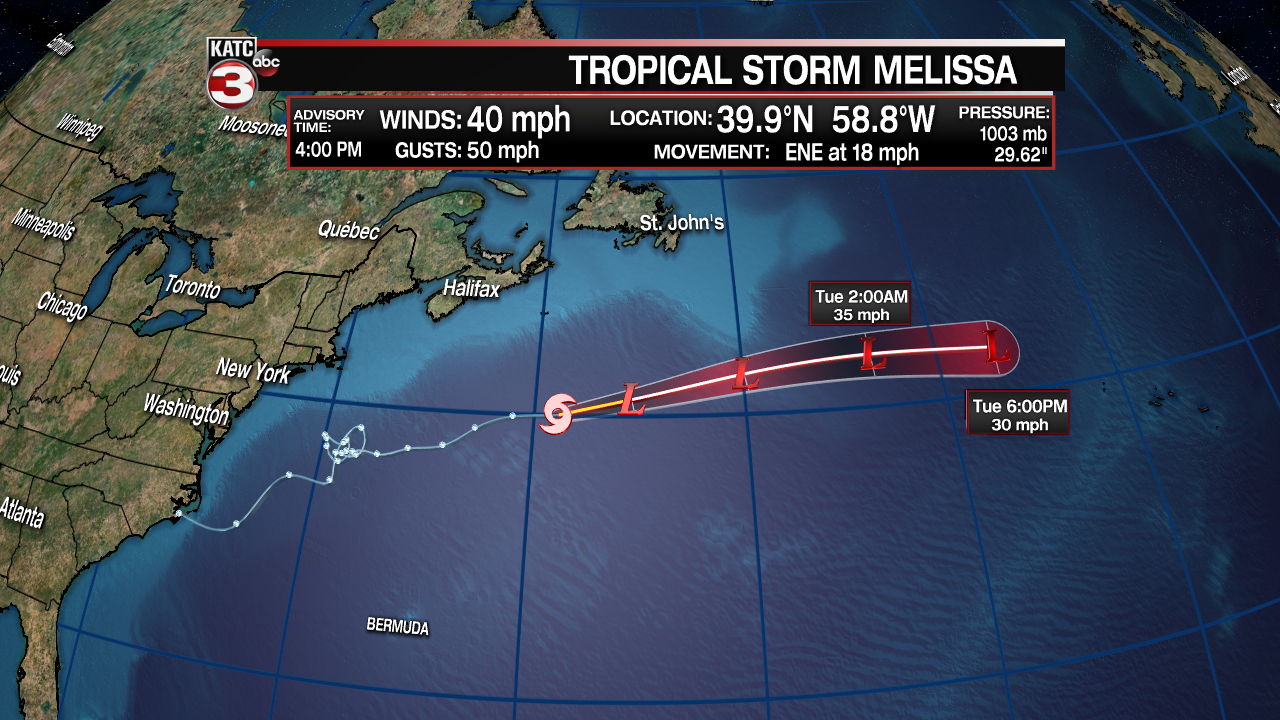 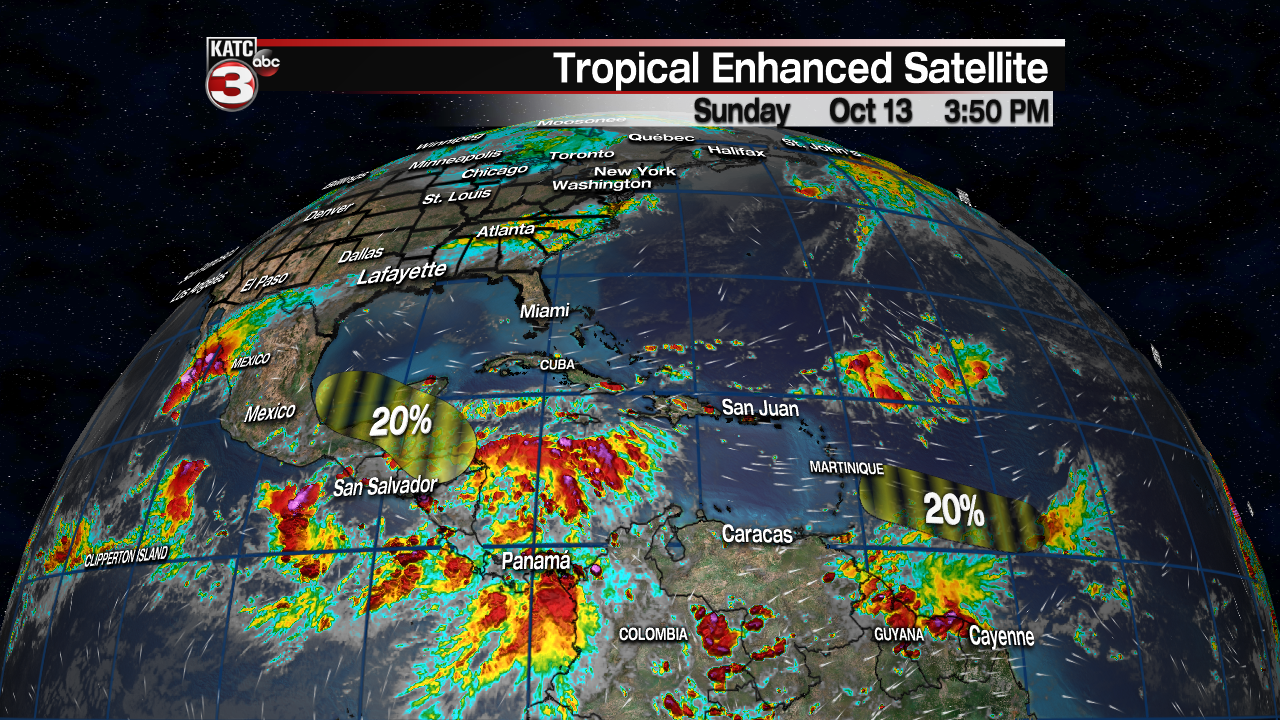 It was a beautiful weekend with lots of sunshine and seasonal temperatures but changes are coming as we head into the new work week.

A warm front will be lifting out of the Gulf and over Acadiana on Monday sparking off a few scattered showers and storms, especially during the afternoon and evening.

The warm front will also bring slightly warmer and more humid air over the region so we will be saying goodbye to the fall-like weather for a couple days.

Tuesday the warm front will be situated near the I-20 corridor, with the better chance for rain staying to our north, but we could have the chance for a few scattered showers in the afternoon as a weak cool front slides south into Acadiana.

The best chance for widespread showers and storms will be early Wednesday morning as a stronger cold front swings through the region.

These showers could make for a wet and slow morning commute.

The good news is the rain should be out of here by lunchtime and it will be turning breezy and cooler with highs only in the mid to upper 70s Wednesday afternoon.

Lows Thursday and Friday will be on the chilly side again in the mid 50s.

But during the afternoon it will feel comfortable with highs warming into the upper 70s to lower 80s under partly cloudy skies.

Unfortunately, scattered showers look to return to Acadiana on Saturday as tropical moisture will be developing in the western Gulf and slides inland during the day.

A few showers could linger into Sunday before our next strong cold front arrives Monday.

Right now the long range models are still not sure of the timing on the following Monday's front as the GFS has it moving through at lunchtime while the Euro is a little slower and has it coming throughout during the evening.

However, both models do agree this front could bring us some decent rains in the range of 1-3 inches.

In the Atlantic Tropical Storm Melissa is barely hanging on with 40 mph winds.

Melissa should become a post tropical low on Monday and then dissipate on Tuesday over the north Atlantic.

As of Sunday afternoon the National Hurricane Center is also watching 3 other waves for possible development.

The first wave is a cluster of showers and storms near Central America.

This system will slide over Central America bringing heavy rains to several of the countries.

By the middle of the week these showers could work into the Bay of Campeche where conditions could become favorable for the low end chance (20%) of development.

This is the system that could increase our rain chances by next weekend.

The second system is a weak area of showers and storms to the east of the Lesser Antilles.

These showers and storms are encountering unfavorable upper level winds and so it also only has a low end chance (20%) of becoming something over the next 5 days.

The last disturbance is a good looking wave coming off the west coast of Africa.

Once this wave completely moves off the coast and over the Atlantic the hurricane center gives it a 70% chance of developing as it turns to the north and it could impact the islands of Cape Verde this week as a tropical depression or weak tropical storm.