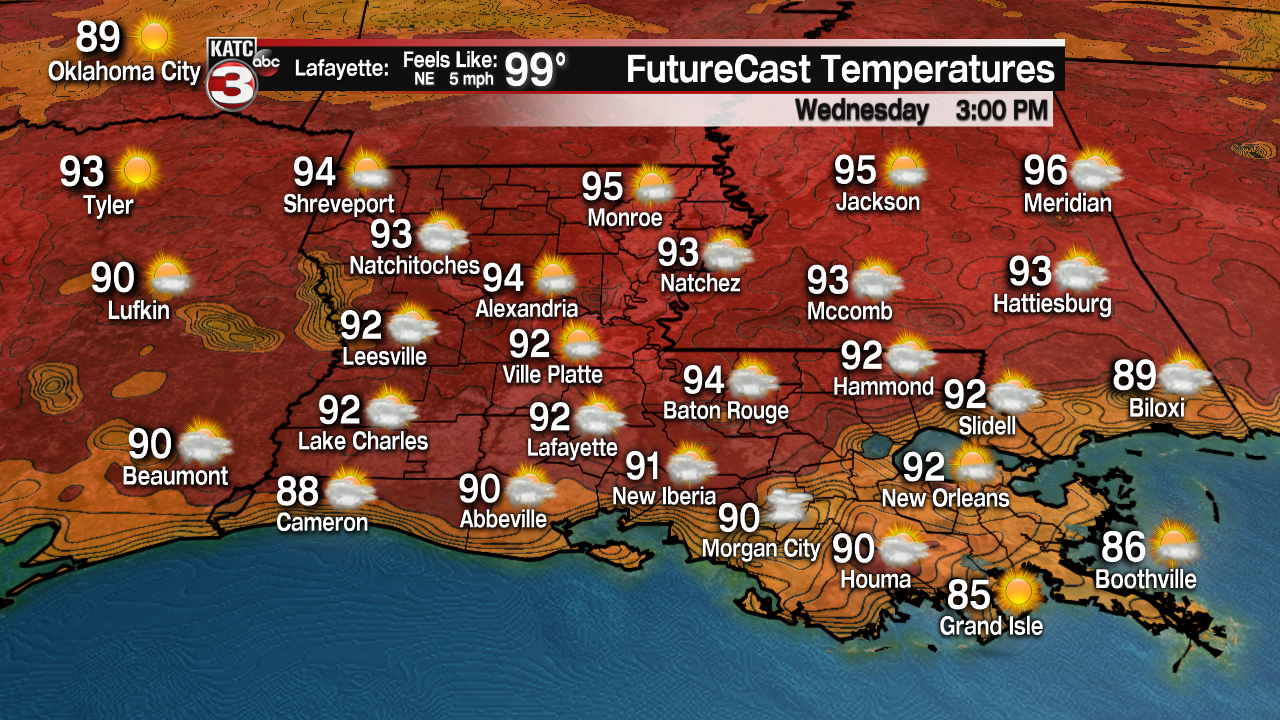 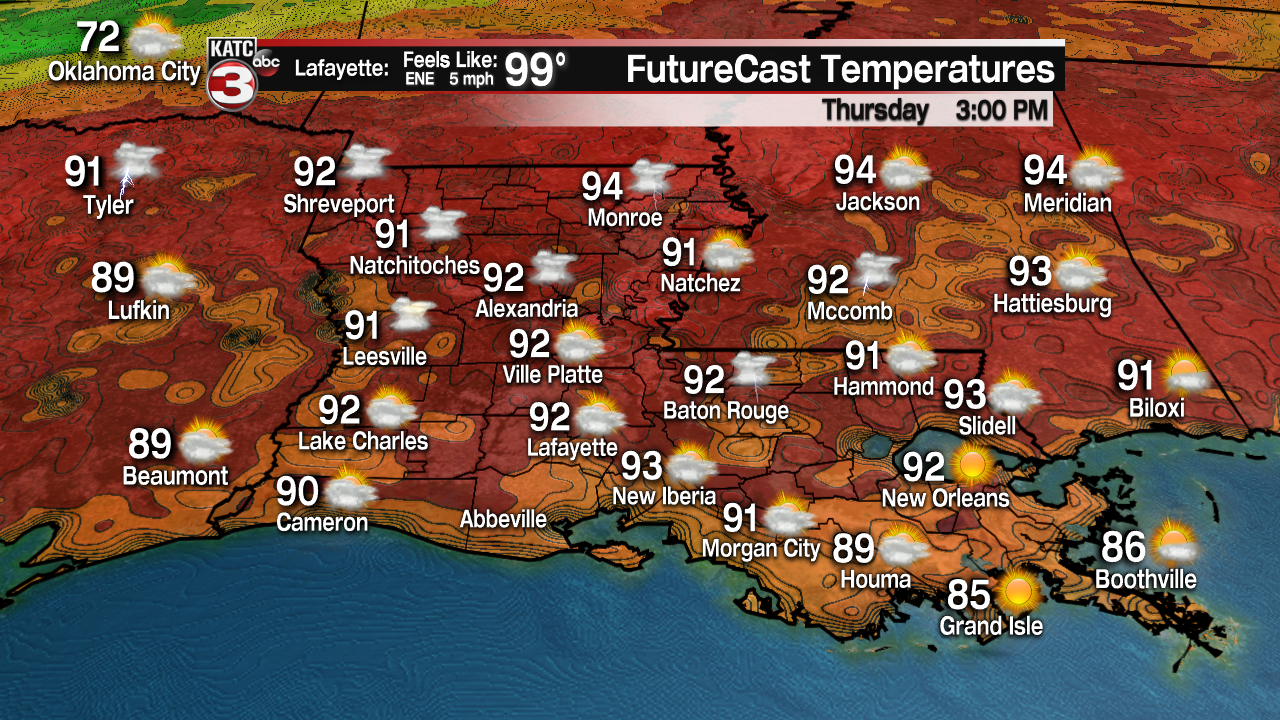 Acadiana will have to endure five more days of summer temperatures into the weekend before the arrival of our first fall cool front Monday.

Look for mostly sunny to partly cloudy skies to continue over the next several days with afternoon rain chances staying low, but not completely out.

High temperatures Wednesday through Sunday will range from 90-93 for most areas with overnight lows persisting in the low-mid 70s.

A tail end of a washed out front Friday may bring our lows closer to the 70 degree mark this weekend, but the real cool down should arrive by Monday night.

Rain chances should be 10-20% or less over the next several afternoons, with prospects of showers and some thunderstorms increasing for Monday along and ahead of our much-anticipated cool front.

Behind the front, look for mostly sunny skies, accompanied by some high level cirrus clouds from time to time, and more importantly, cooler temperatures!

Highs Tuesday and Wednesday should drop into the upper 70s while overnight lows are expected to dip down into the refreshing upper 50s to lower 60s.

Temperatures will slowly moderate toward the end of next week, and likely into the following weekend.

Meanwhile in the tropics, the huge hurricane named Lorenzo in the Northeast Atlantic was still packing 100 mph winds as of late Tuesday afternoon, and will be impacting the Western Azores with hurricane conditions and very large waves through Wednesday.

Lorenzo has had such a large footprint, that per the National Hurricane Center (NHC): "Swells generated by Lorenzo have spread across much of the North Atlantic Basin, and are affecting the east coast of the United States, Atlantic Canada, the Bahamas, portions of the Greater and Lesser Antilles, the Azores, and portions of the coast of Europe."

These swells have exacerbated the South Florida King Tides over the last couple of days, with some of the highest water recorded there for this year.

Current odds of development here are only 10% through the next 5 days...those odds may eventually increase beyond a week.

Climate Notes: Tropical climatology for all tropical storms and hurricanes in the fist two weeks of October that come within 500 nm of Lafayette, LA, show a concentration of storms from the Northwest Caribbean into the Central Gulf of Mexico.

Of note, the current water temperatures in the Gulf of Mexico remain above normal, and the weak low pressure in the Northwest Caribbean is centered in the hottest spot...and this could stay the tropical "hot spot" for the next two weeks plus.