Spring Temperatures for the Weekend 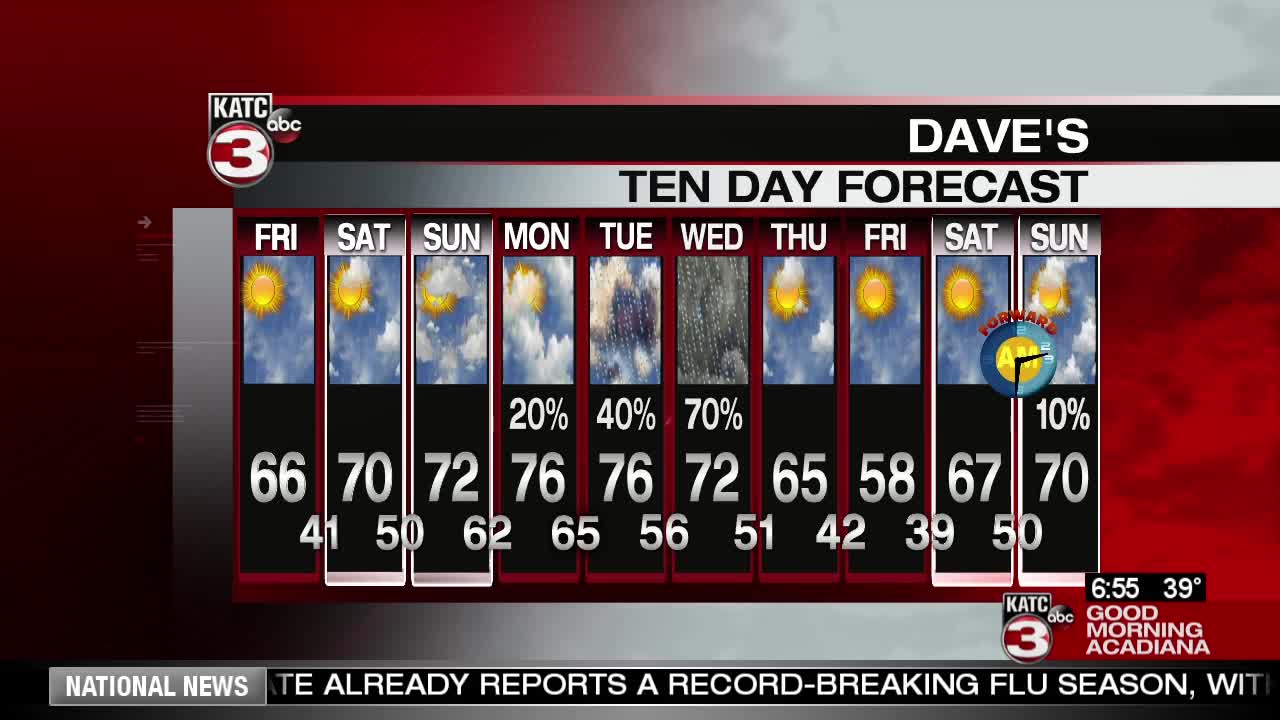 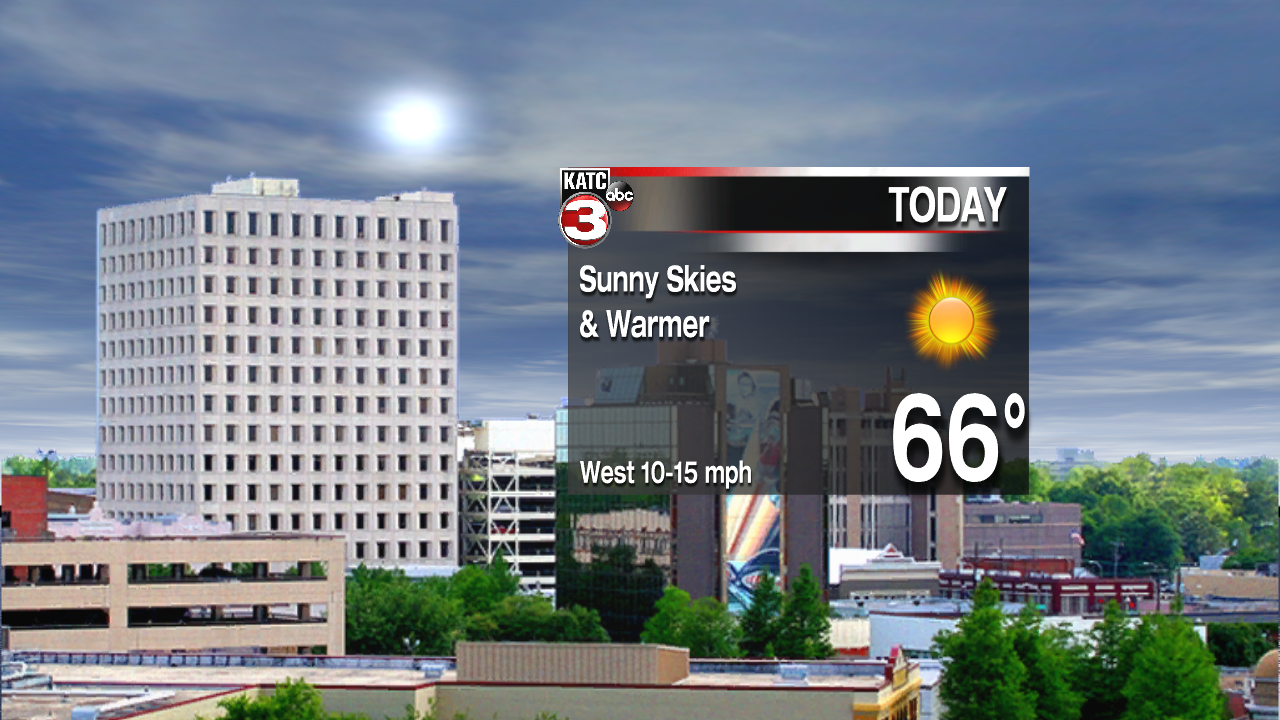 Another cold start for Friday with temperatures in the mid to upper 30s. Some patchy frost will occur around sunrise as winds remain nearly calm. High pressure overhead has allowed for clear skies, calm conditions, and cold temperatures. The air mass will modify today under mostly sunny skies. Expect temperatures to climb back into the mid 60s with westerly breezes at 10--15 mph this afternoon.

Tonight, expect skies to remain clear. It will be chilly, but not as cold as this morning. Saturday's lows should drop into the lower 40s. By Saturday afternoon, we'll see a few clouds dotting the sky. Temperatures will be warming up nicely to near 70 degrees. This is near normal for the end of February and early March. Sunday will be mild as well, with highs in the lower 70s, but clouds will be increasing throughout the day.

Monday will be relatively quiet. Lots of clouds in place as low pressure winds up to our west. A front will stall north of the area, but get a better push toward the region Tuesday into Wednesday. Temperatures will be warm for the early work week with highs in the mid 70s. A front will reach the area late Tuesday or perhaps during the morning on Wednesday. Models are in disagreement with the timing on the front, but most suggest rain and thunderstorms to be likely. There will be a chance for severe weather as well. The Euro is suggesting a secondary low developing along the front over the western Gulf of Mexico late Tuesday. The center of this low may move across southern Louisiana bringing that chance for severe weather. Windy conditions will follow by Wednesday afternoon. You don't have any worries for the weekend, but check in with us early next week for the latest on this next system.