Stormy by the Midweek 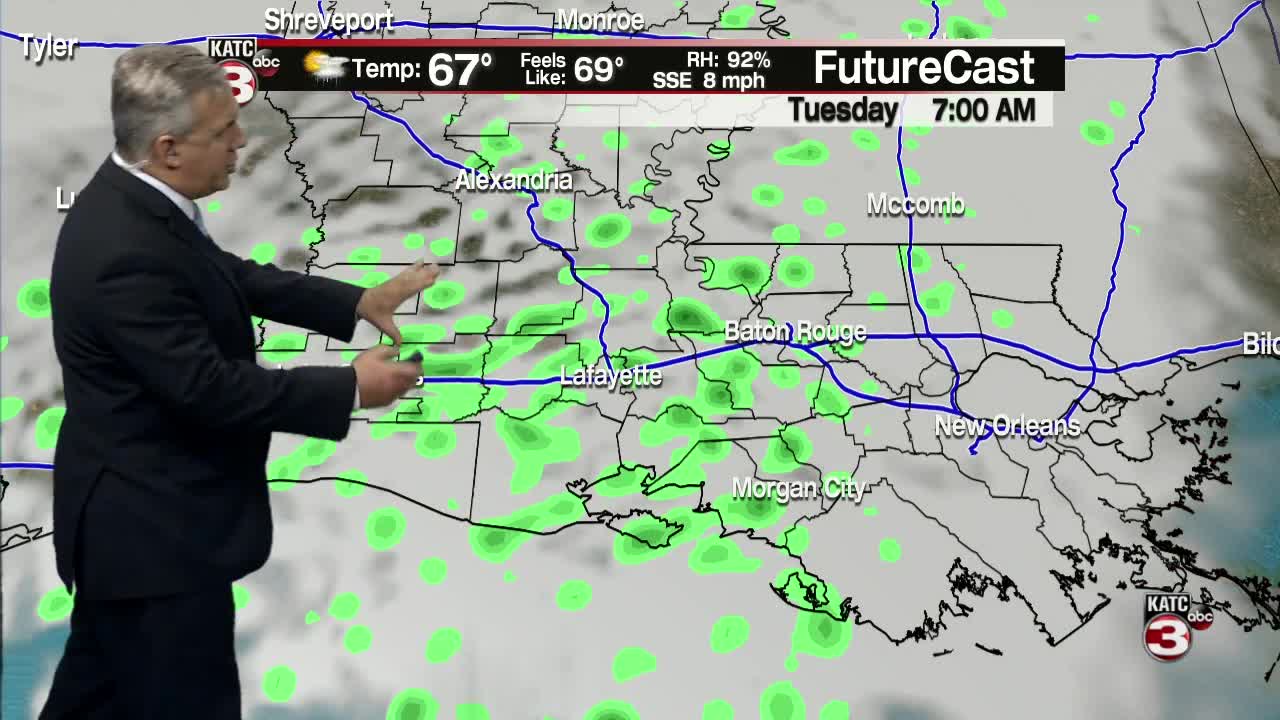 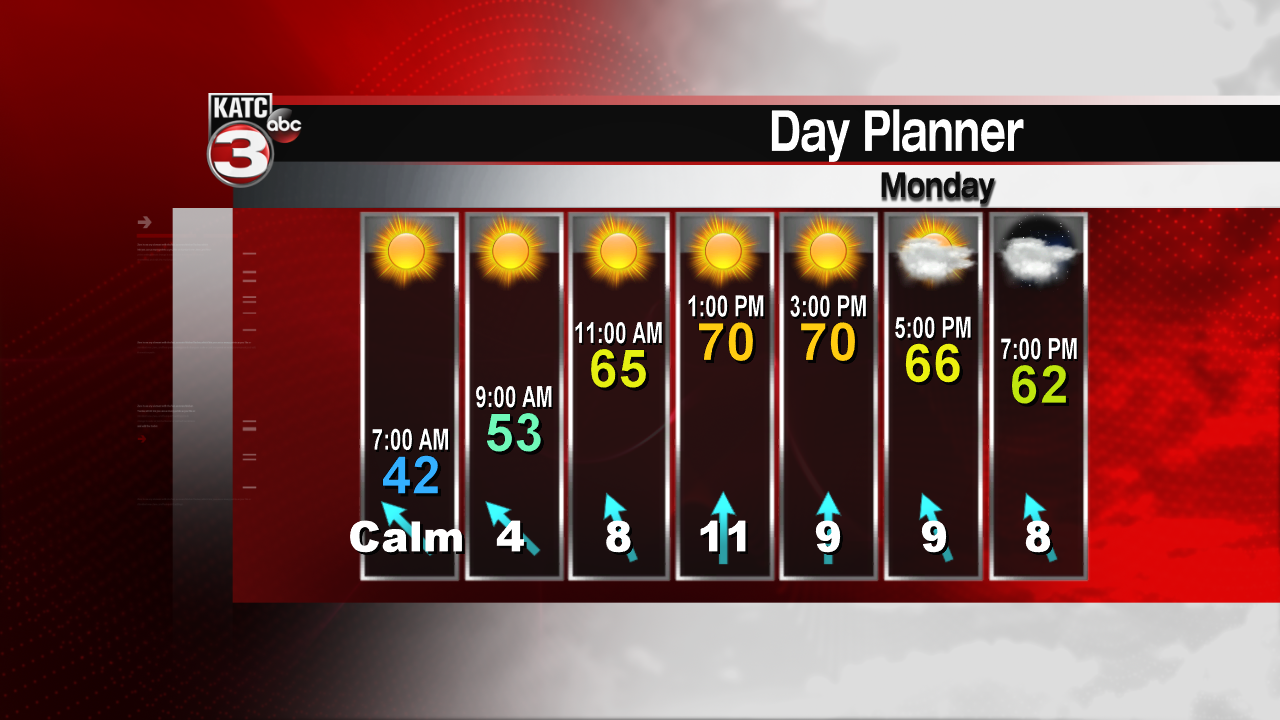 Sunny skies with a few patches of fog to start the new week. Temperatures will start in the low to mid 40s under clear skies early this morning, then transition to more of a partly cloudy sky with temperatures in the upper 60s to near 70 degrees. Southerly winds will help bring in the cloudiness by this afternoon. Those winds will pick up later in the day and breezy conditions can be expected Tuesday and Wednesday.

As a front edges closer to the area Tuesday, expect more cloudiness with widely scattered showers. Colder air will remain north of the area. The front will eventually push through on Wednesday, bringing a better chance for showers and thunderstorms. Expect up to 1/2 inch of rain to fall between Monday and late Wednesday. Winds will be gusty on Wednesday which may cause additional travel problems along with the rainfall. The front will push through with slightly cooler temperatures for Thanksgiving morning. Clouds are expected to hang on Thanksgiving with highs near 70 degrees.

It will remain mild, to even warm for Friday and Saturday. A more significant front is expected to pass through on Sunday dropping our temperatures for most of next week.