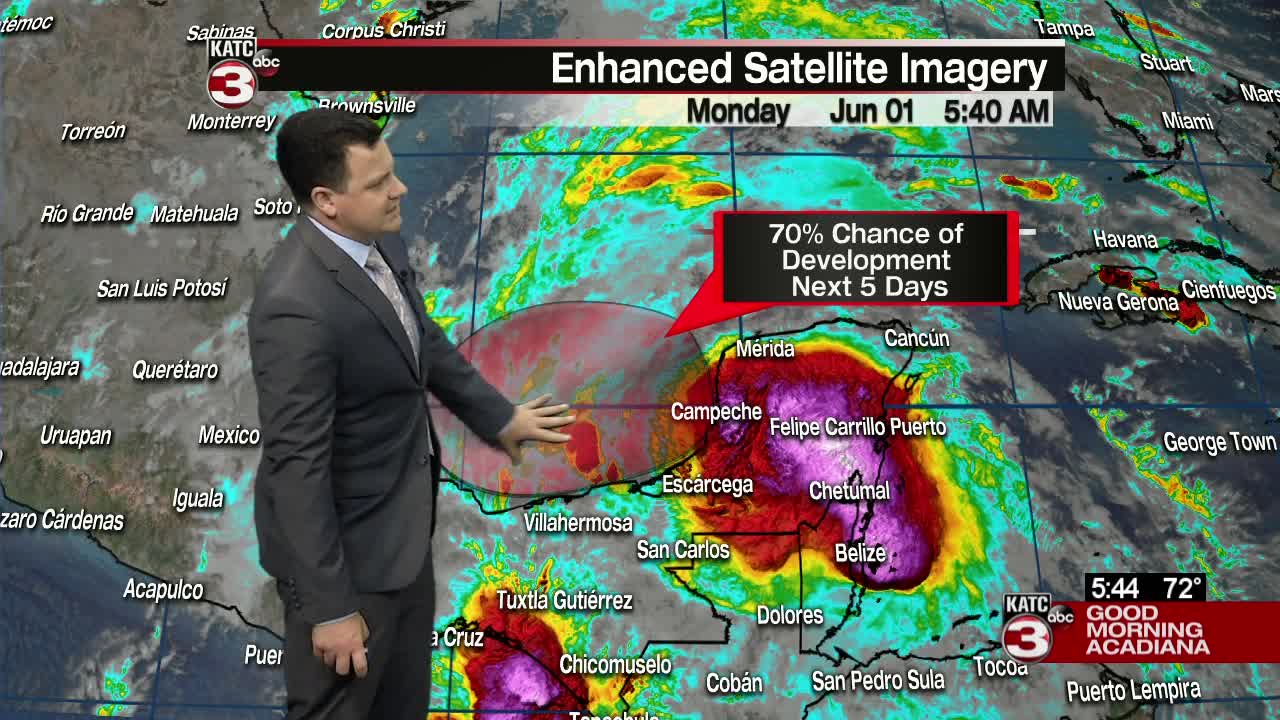 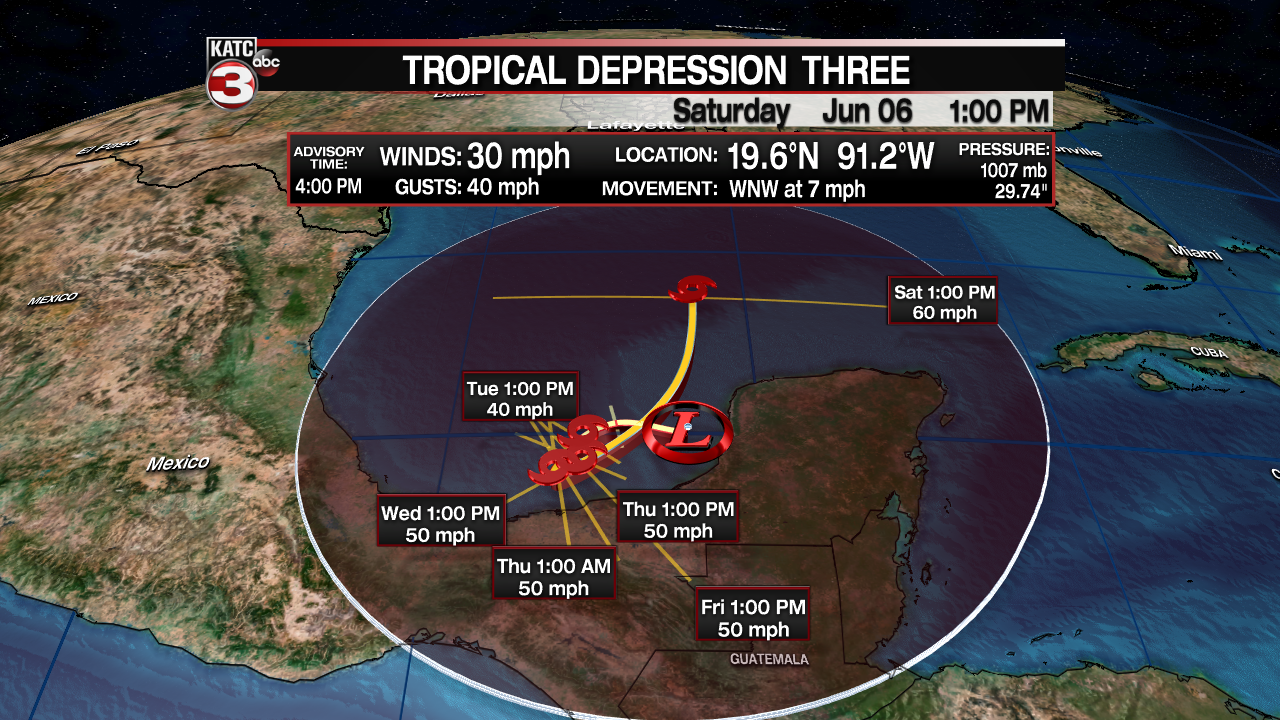 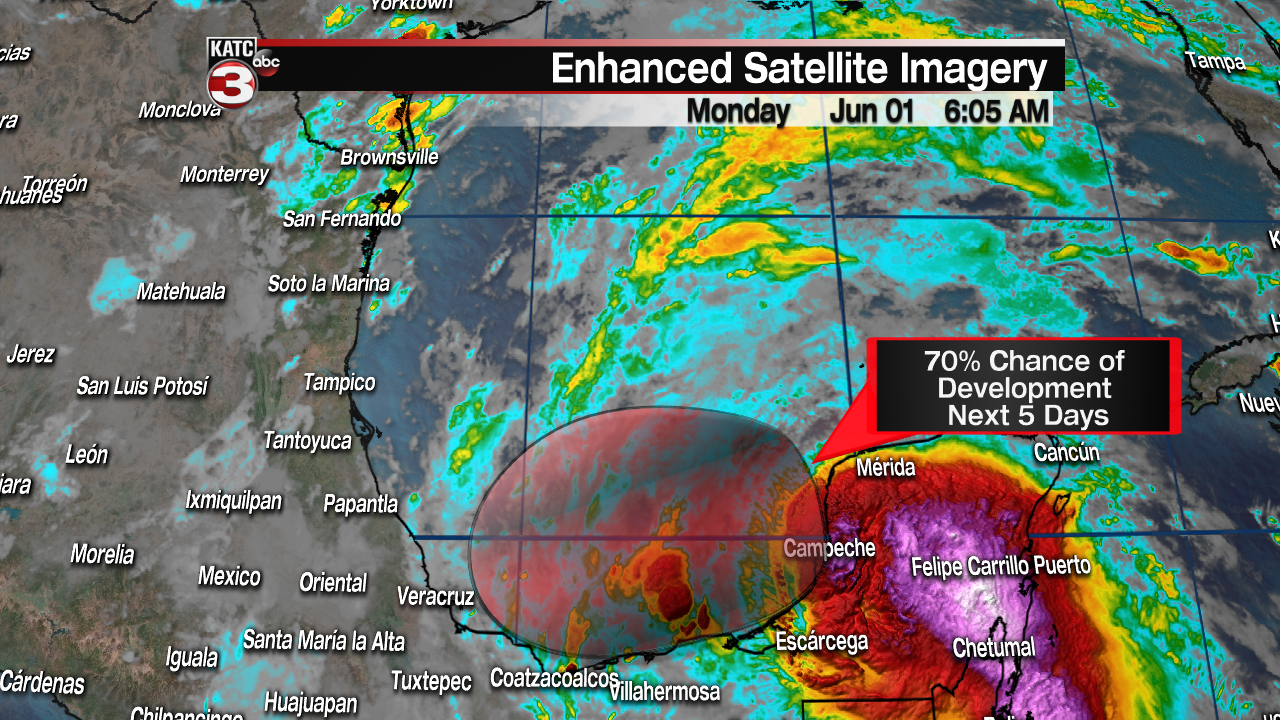 Tropical depression Three has formed in the Bay of Campeche.

The storm is expected to strengthen and bring heavy rainfall to portions of Mexico, according to the National Hurricane Center.

The NHC says the center of Tropical Depression Three was located near latitude 19.6 North, longitude 91.2 West, as of 4:00 pm.

The depression is moving toward the west-northwest near 7 mph (11 km/h). This motion at a slower forward speed is expected tonight. The depression is forecast to turn west-southwestward or southward at a slower forward speed on Tuesday, and meander over the southern Bay of Campeche through late Wednesday. On the forecast track, the center of the cyclone is forecast to be near the coast of the southern Bay of Campeche Tuesday night through Thursday.

It's the first official day of the 2020 hurricane season (despite the fact we are already two named storms down) and so appropriately it's time to talk about some unsettled weather in the southern Gulf of Mexico.

The National Hurricane Center has given the area of disturbed weather about a 70% chance of becoming a tropical depression, and eventually becoming Cristobal by the end of the work week.

This low is expected to drift around the Bay of Campeche over the next couple of days producing plenty of showers for the Yucatan Peninsula and the Mexican coastline.

In the short term the steering currents look to break down so for several days the low will sit and swirl before possibly ejecting northward into the central Gulf of Mexico towards the end of the week.

This is where the forecast becomes trickier as the major models seem split in some of the minor details, this is pretty typical for storms that have yet to develop.

The two main models both bring the low into the central Gulf of Mexico over the weekend, which they started hinting at late last week bringing a little consistency to the forecast.

The EURO solution is a slightly stronger storm moving through south central Texas for the start of next work week, this result could bring in a scattering of showers across Acadiana.

This differs from the GFS solution which is further north and brings a slightly weaker, although wetter, storm on shore around the Sabine Pass around Monday evening which would bring heavy rain to Acadiana.

Models should always be taken with a grain of salt especially before storms initialize and there's a considerable amount of uncertainty in the long range of the forecast.

Keep in mind that the forecast will evolve over the coming days and talking points will change, as they do we'll have you covered and we'll bring you the latest information as we get it.