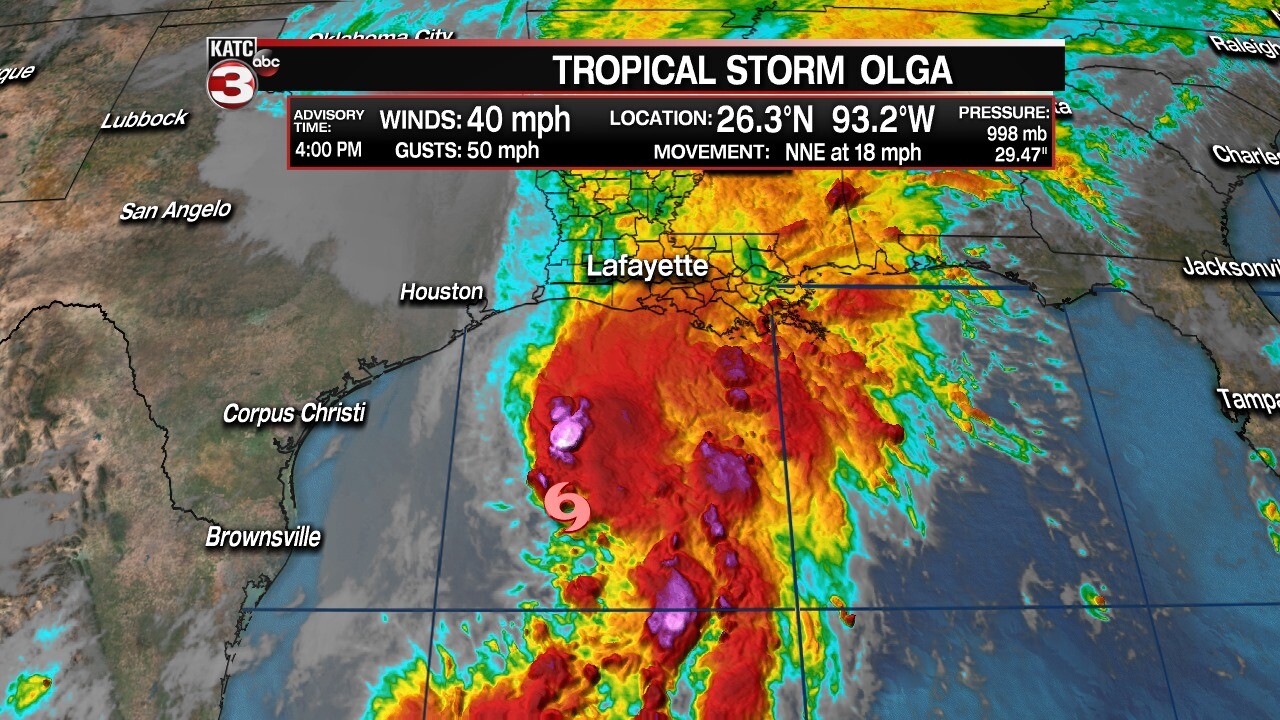 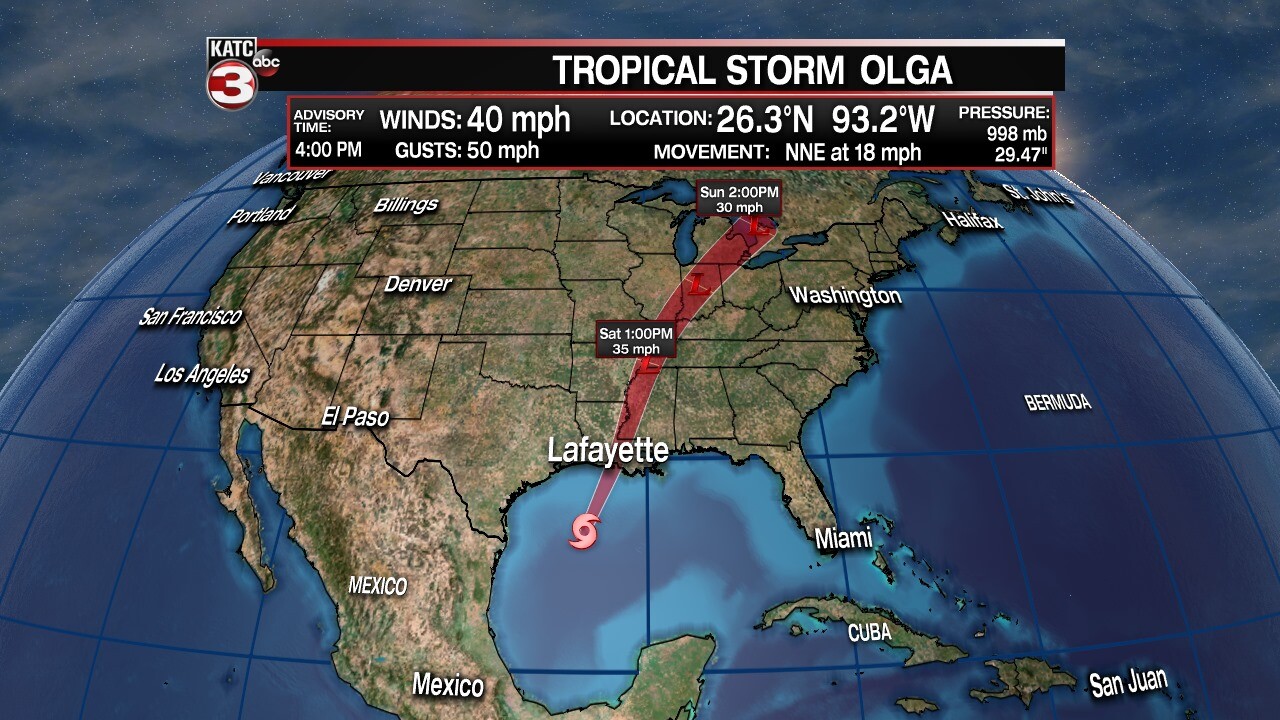 UPDATE: We now have Tropical Storm Olga as the system in the Gulf got a little better organized Friday with winds up to 40 mph and the pressure dropping to 998 mb.

This system will merge with the approaching cold front from the west keeping rain in the forecast through this evening and winds maybe picking up to about 15-20 mph after midnight.

The track for Olga has the storm coming ashore in Louisiana.

The disturbance over the Gulf of Mexico is now Tropical Depression #17. This has been monitored by the National Hurricane Center over the past few days. A cold front is currently in the area. It'll be absorbed by the front as it moves toward the northeast. Heavy rains are already forecast for the area, and Flood WATCHES have been posted. There are NO Tropical Watches or Warnings at this time.

Expect the front to continue eastward this morning into the early afternoon. Gale force winds are expected over the Gulf waters, especially from Vermilion Bay eastward. On land there could be some wind gusts over 30mph along the coast. It's a fast moving system, so most areas can expect 2-3 inches of rainfall between now and early Saturday morning. The region can handle that much rain over that time period without flooding issues. If we get into the 4-6 inch range, there could be some problems. Minor coastal flooding is also expected near the center.

It's unlikely to happen, but if the system gets a name, it'll be Olga. Because there are no active Tropical Watches or Warnings, the advisories are 6 hours apart. Therefore the next advisory on Tropical Depression #17 will be at 4pm.