Great Start to the Weekend 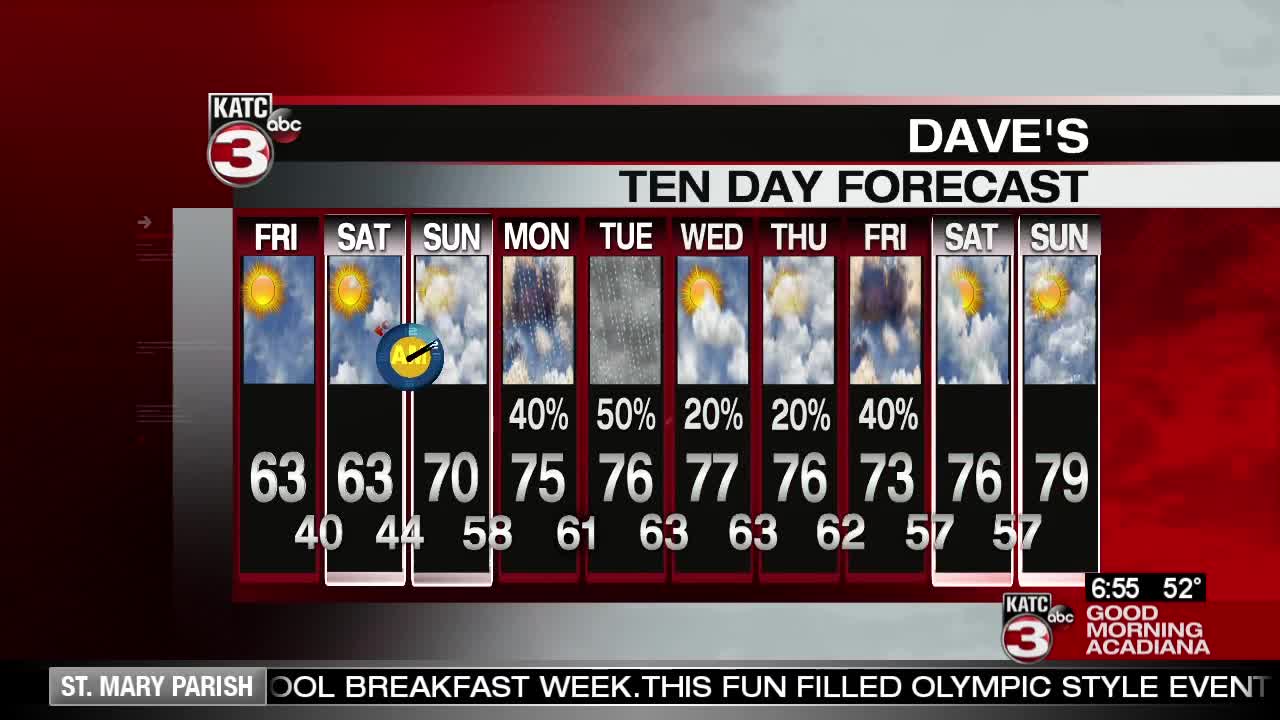 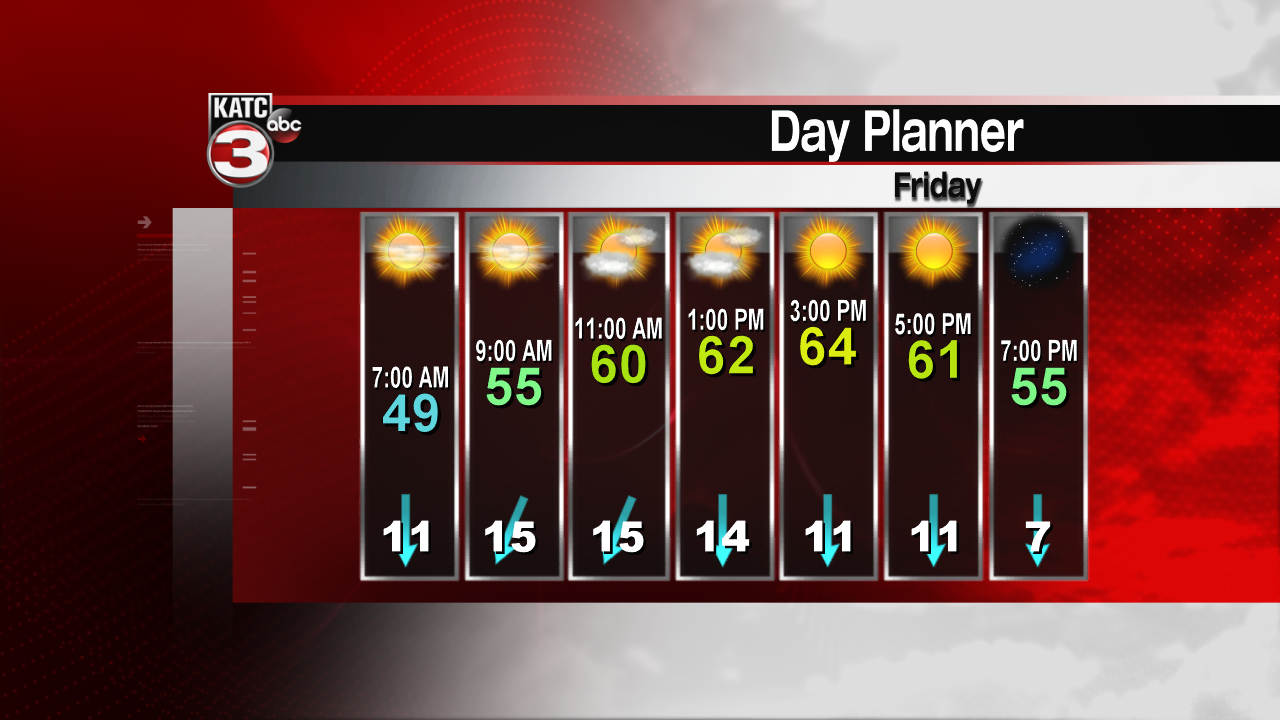 It will be a chilly start to the weekend, but it will look pretty as skies remain sunny today. A ridge of high pressure has settled in for the weekend, which should keep it mainly bright and rain free. Temperatures are near normal this morning as lows have dipped into the upper 40s and lower 50s. There will still be some decent air movement today, so even with full sunshine, temperatures will remain below normal this afternoon. Adding to the cool feel will be the wind, as speeds are expected to be in the 15-20 mph range again. Your daytime high will reach 63 degrees.

Winds are expected to lighten up overnight. With clear skies in place, temperatures will drop fairly quickly. We'll experience temperatures near 40 with northern sections reaching the upper 30s. If the wind calms down enough, there could be some patchy frost over the extreme northern areas and rural areas north of US 190. Sunny skies are expected Saturday morning, with a few clouds mixing in later in the afternoon. Highs will run in the mid 60s, still below normal for early March.

Another cool night is expected Saturday night as lows drop into the mid 40s. Sunday will start out partly cloudy, with additional clouds developing during the afternoon. Winds will turn more southerly, boosting temperatures to near 70 degrees. Those winds may be kicking up later in the afternoon, and breezy conditions can be expected before the next system early next week.

By Monday, a trough will dig over Mexico and the southwestern U.S. This will induce a surface low over the southern Plains. A front will drag along on Monday bringing a chance for rain. The front is expected to stall into Tuesday keeping the rain chance elevated. The front is then forecast to pull back the north by the mid week. Expect above normal temperatures next week with highs in the mid to upper 70s.