A wet wrap up to 2018 is on the way with the early round of wet weather arriving late Wednesday afternoon, before the heaviest showers move in on Thursday.

An impressive system that brought plenty of snow to the west coast now has its sights set on Acadiana, although it will be heavy rain and strong thunderstorms.

The early round of showers will arrive late Wednesday afternoon starting in the southwest and eventually spreading east.

This will arrive after a day of increasing cloud cover and a majority overcast skies, keeping temperatures around 70 for the high.

Thursday’s weather will be the main weather event for the week with a strong front pushing across Acadiana bringing heavy showers and strong thunderstorms.

Timing seems to be Thursday afternoon/early evening with the front moving into west Acadiana after lunchtime and pushing through central Acadiana during the evening commute. 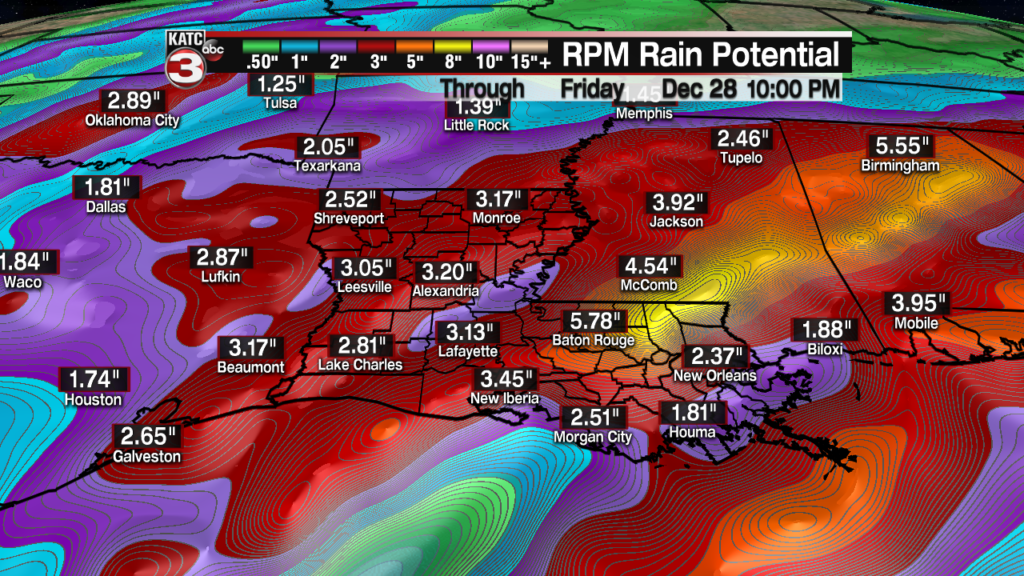 Heavy showers will be the biggest issue and we could be looking at a couple inches of rain which would put a strain on low lying roads.

On top of the threat of heavy rainfall we’ll need to be on the lookout for isolated cases of severe weather, with damaging winds possible and even a spin up tornado or two. 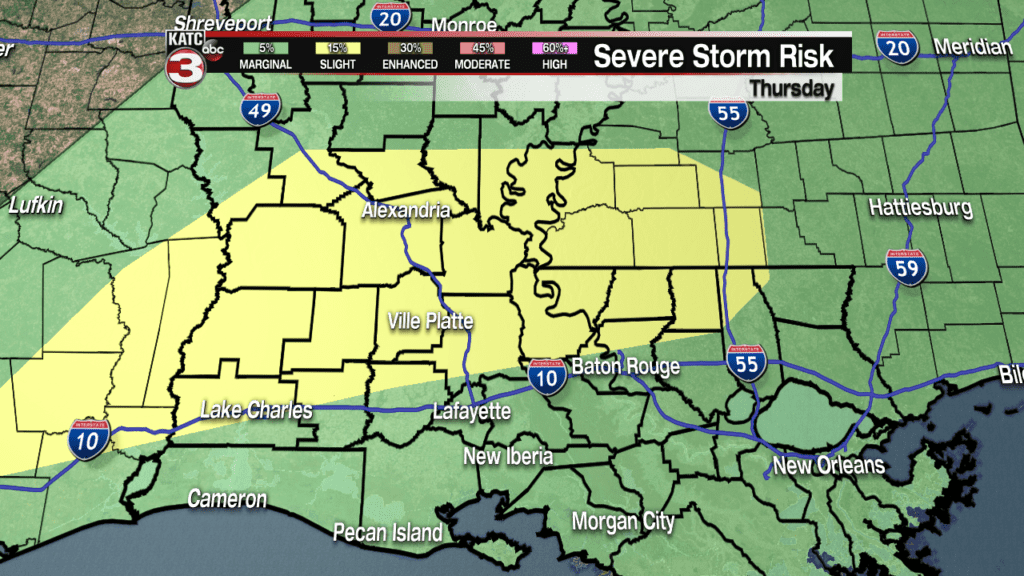 The biggest severe weather threat will be in the northern half of Acadiana, mostly communities that are located north of the interstate.

This is going to usher in a very unsettled period in south Louisiana with showers lingering beyond Thursday and likely all the way into the New Year.