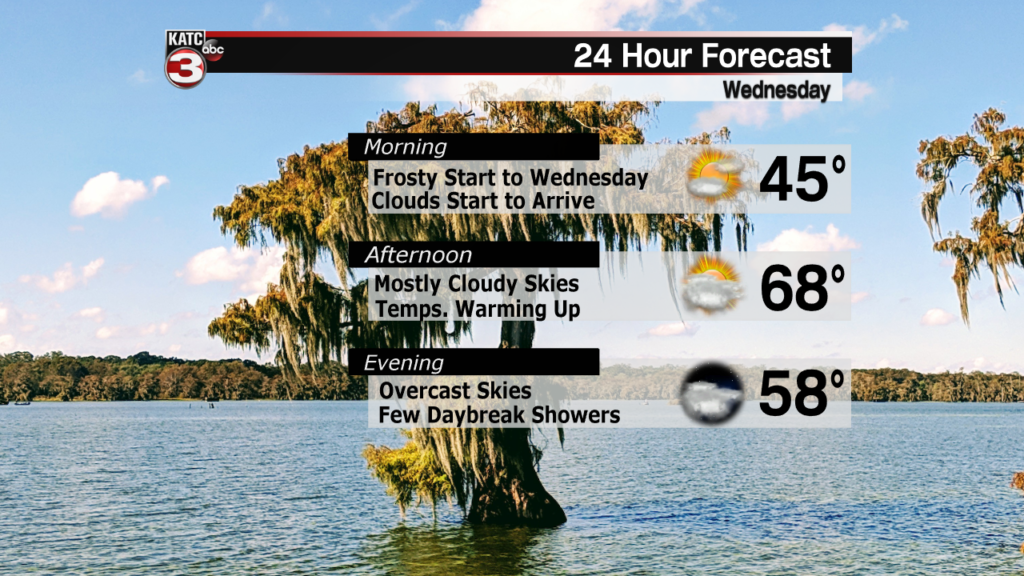 Wednesday is going to be the set up day for a much more active forecast on Thursday which we will cover in the section below.

In the meantime, temperatures will be on the rise Wednesday afternoon bringing up the highs to roughly a degree or two shy of about 70 degrees.

Clouds will start to build up through the day with winds from the south bringing in more moisture which will act as fuel for Thursday’s storms.

We won’t see any showers on Wednesday despite the increasing cloud cover so the midweek forecast is actually fairly quiet.

It won’t stay quiet for long, however, with our next front set to move through Acadiana Thursday morning and keeping rains going through the day.

The initial line of rain is expected to move through the region Thursday morning, which would bring heavy showers in Acadiana by commute time.

There’s still some timing issues with a few models trying to hold off on heavier showers until the afternoon, but will lean more toward a mid morning arrival. 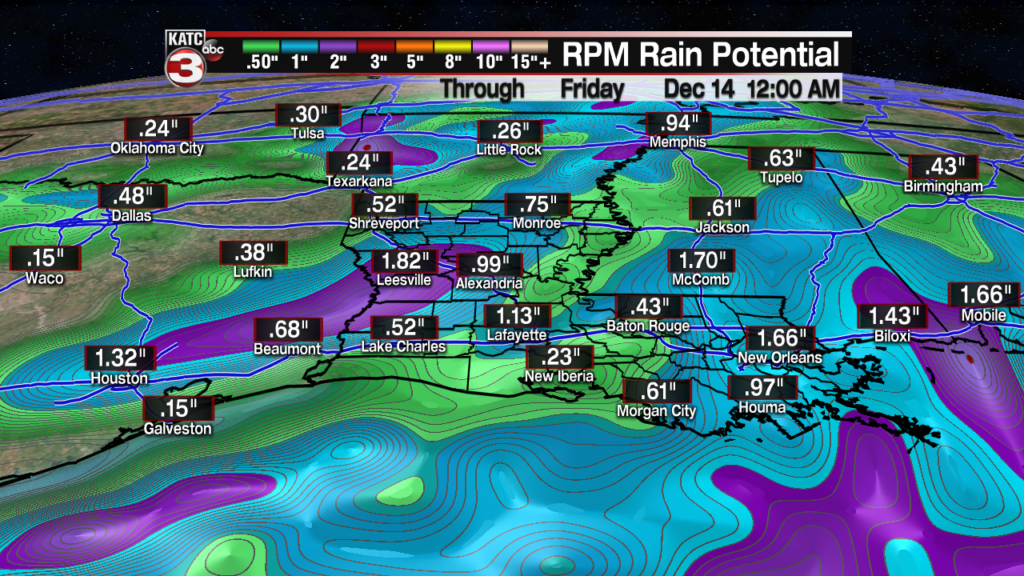 Rain is going to be the biggest issue and rain totals of around 1-2″ will be possible, which could stress some of the low lying roadways.

A widespread flood event doesn’t look likely so not much concern on that front, but we will have to keep an eye out for some severe weather.

All the severe parameters aren’t there but enough of the necessary ingredients will be that we’ll have to watch the radar closely. 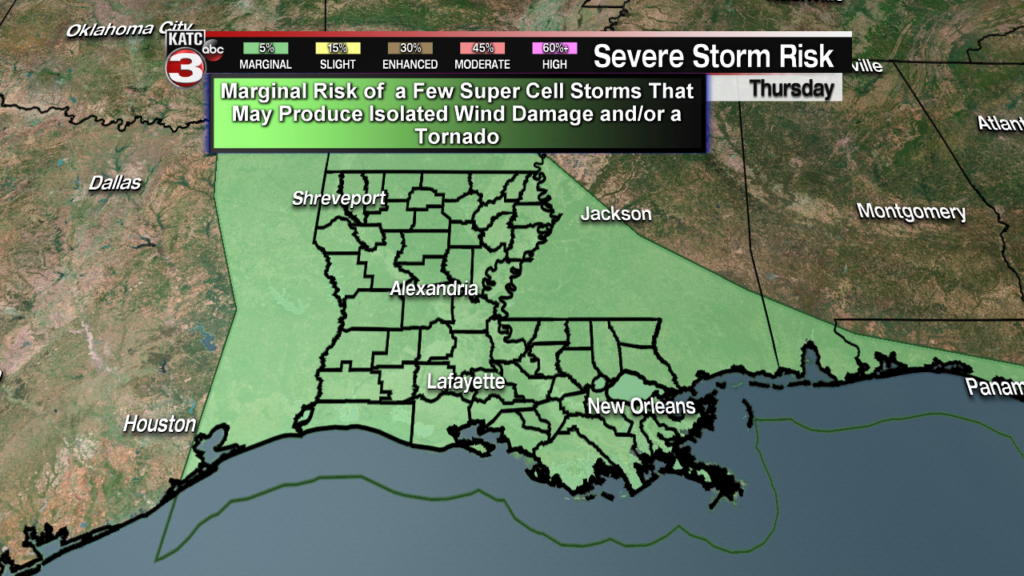 If we do see any severe weather it will be isolated thunderstorms producing damaging winds and even the possibility of an isolated tornado.

Once the showers pass it’ll be a dreary, breezy day with temperatures cooling through the afternoon and into the evening.