The weekend is almost here, and after a soggy work week it’s another round of showers and a few storms that we have to look forward to Saturday and Sunday.

Friday will be a slightly different story, clouds will certainly be prevalent but may not produce the types of showers we’ve had the last several days.

Temperatures will be fairly moderate with highs in the low 80s, but it’ll still be rather humid so a far stretch from a crisp fall day.

As the front lifts to the north over the weekend it will drag with it the showers once again for the weekend so keep the umbrella out the next several days.

A quick peak into next work week shows a return of a tropical atmosphere so while there will be more sunshine it’ll come with some hot, muggy temperatures. 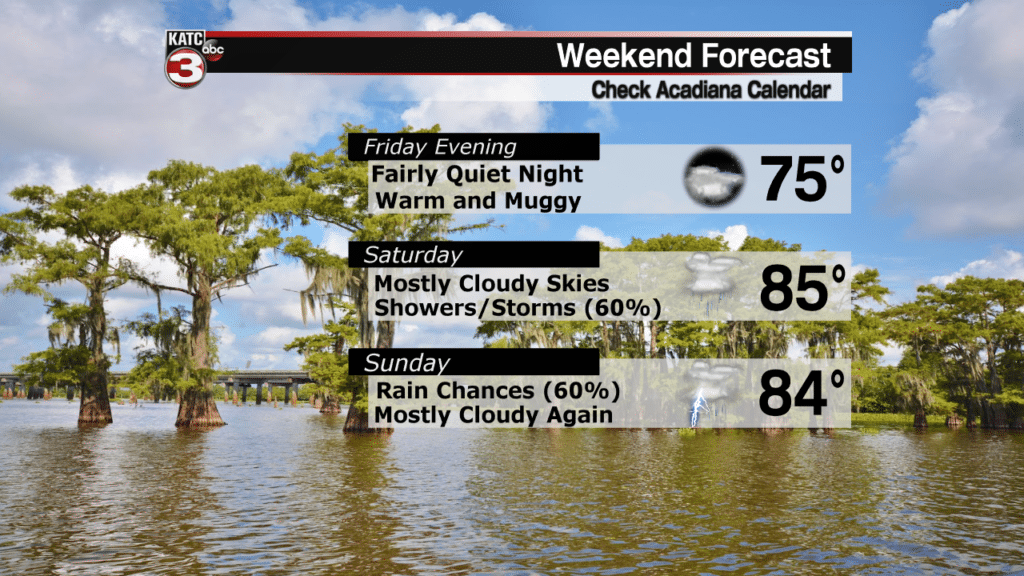