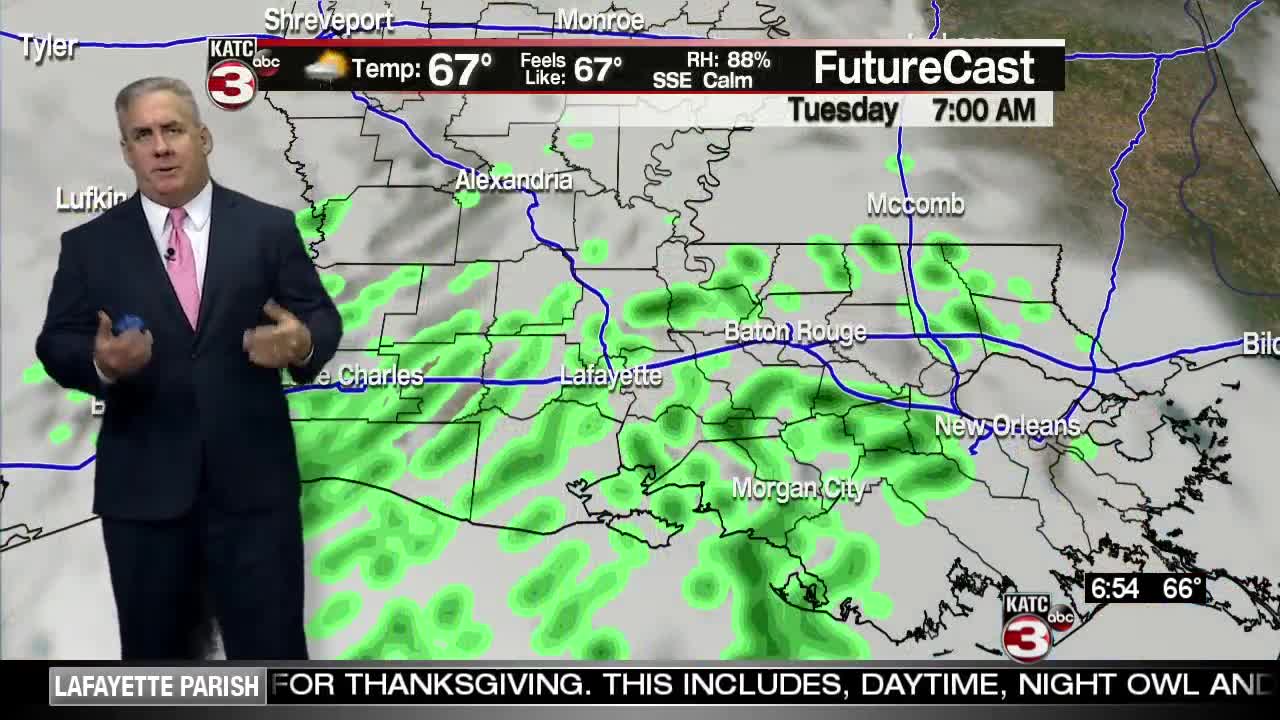 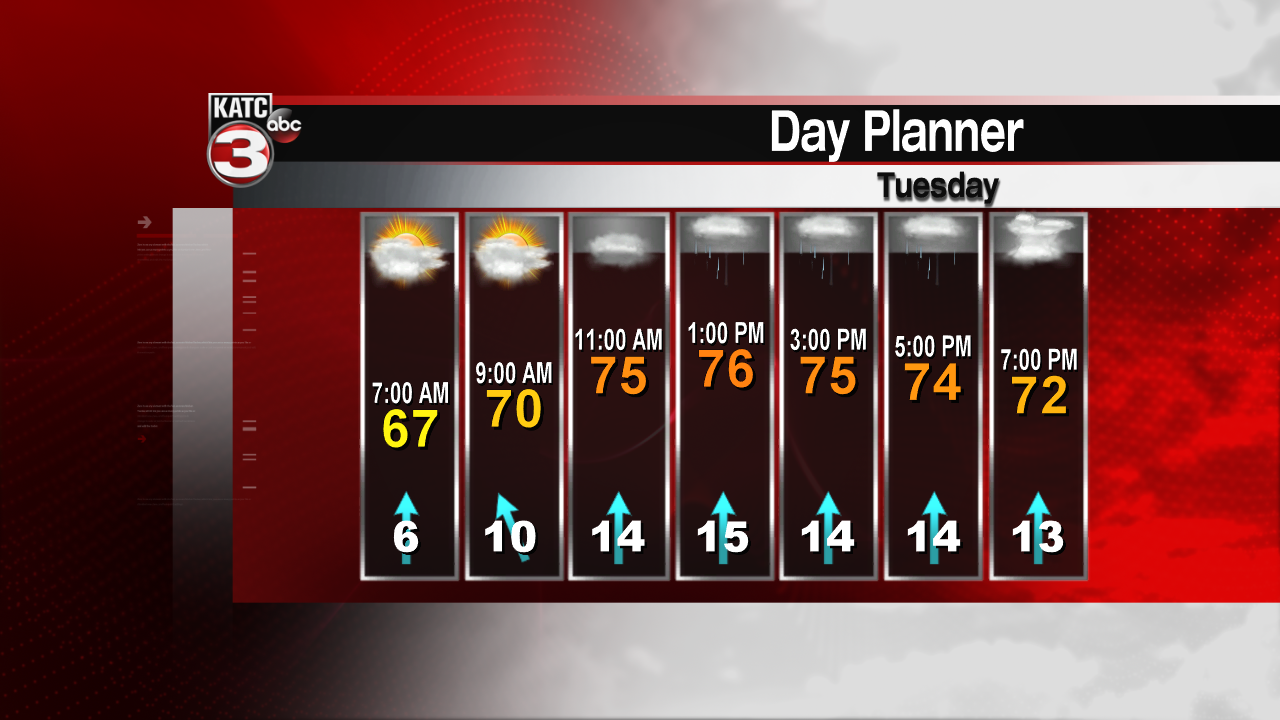 Low pressure is developing over the southern Rockies this morning allowing a deeper flow from the south. Clouds are hanging on today with mild temperatures. Most of the region will start in the lower 60s Tuesday morning, with afternoon highs in the mid to upper 70s. It will be humid with widely scattered showers developing through the day. Most of the rainfall will be light with around 1/10 to 1/4 of an inch falling before nightfall. As the low to our west deepens and a cold front approaches the area, expect winds to be up again today, gusting as high as 30mph at times.

Overnight, skies will remain cloudy. As the front crosses the area during the early morning hours of Wednesday, we can expect a line of thunderstorms to push through. At this time the Storm Prediction Center has the area in a marginal risk for severe storms. Gusty winds would likely be the main threat. More of the severe weather is expected over extreme northern Louisiana into Arkansas and Mississippi, but be on the lookout just in case. The front will pass through, and rains will push to the east around sunrise Wednesday.

Skies will remain cloudy as the front eventually stalls over the Gulf of Mexico. Expect cloudy skies and mild temperatures for Thanksgiving with rainfall staying offshore and out to our west. The front will lift back as a warm front in response to the next system that is currently over the northern Pacific. This will dig southward into the desert southwest, then eject northeastward bringing another round of rain and thunderstorms late Friday into Saturday with colder weather Sunday. The system today and the one this weekend will put a pretty good blanket of snow over much of the Great Plains and Midwest. Next week, temperatures will run in the 50s for highs with lows at night in the 30s.