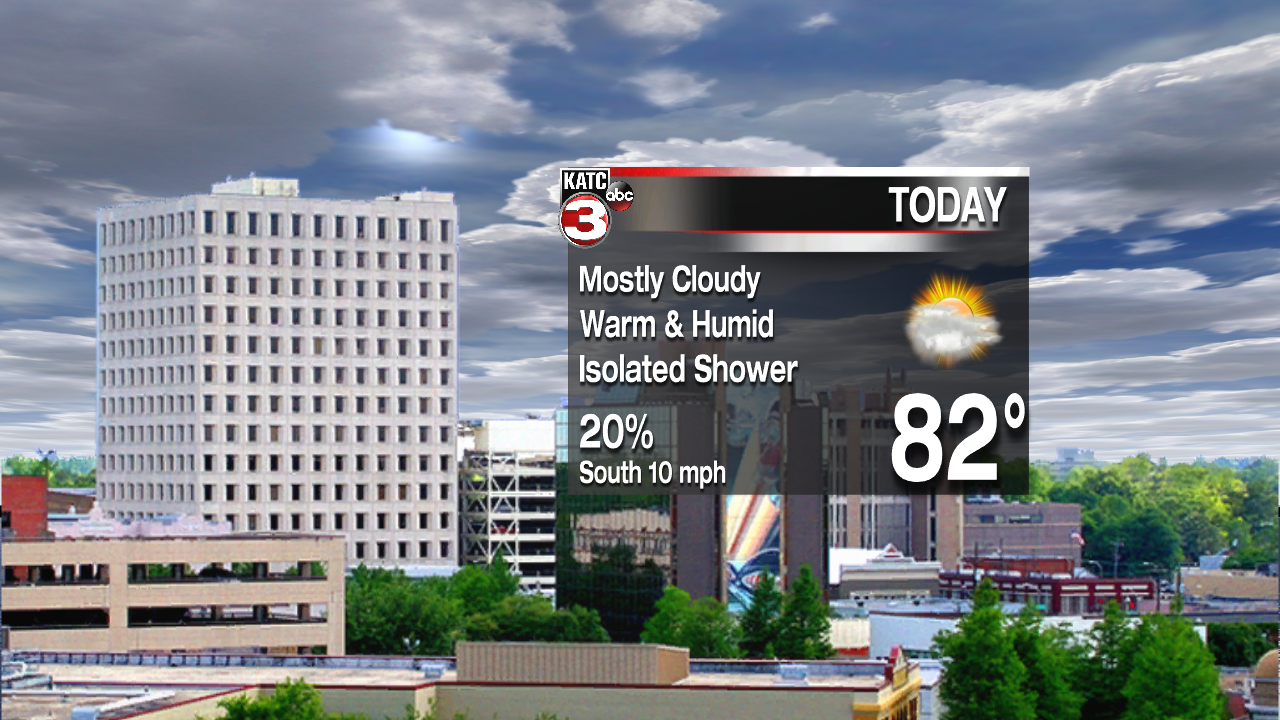 The onshore flow will continue today bringing warm, moist air into the region. During the early part of the day, dense fog could be an issue over the coastal parishes, while some patch fog is possible along and north of I-10. Temperatures will start near 70 degrees, then soar into the lower 80s by this afternoon. Clouds will rule the skies today, with peeks of sunshine at times. Rain chances will stay below 20%, only a stray shower will be possible.

To our west, a deep trough in the upper levels will spin a disturbance north of the area. Strong and possibly severe storms will move from the Red River Valley into the middle part of the country later this afternoon. That upper trough is expected to pull toward the northeast on Friday. As this happens, a front will settle into the area bringing a better chance for showers and thunderstorms by Friday afternoon. Temperatures will hover near 80 degrees. Coverage and intensity will be greater over the northern sections and the best chances for storms will be during the evening and early overnight period.

The front will push into the Gulf waters on Saturday. Rains will still linger, but cooler air will settle in briefly. Expect temperatures in the mid to upper 60s. On Sunday, the front will lift northward again, bringing the chances for thunderstorms again. Temperatures will reach the mid 70s. Total rain accumulation over the period Friday through Sunday should be around an inch along I-10, around two inches for the extreme northern sections, while coastal areas should receive an inch or less.

Calmer weather is expected next week. Temperatures will be warmer than average.