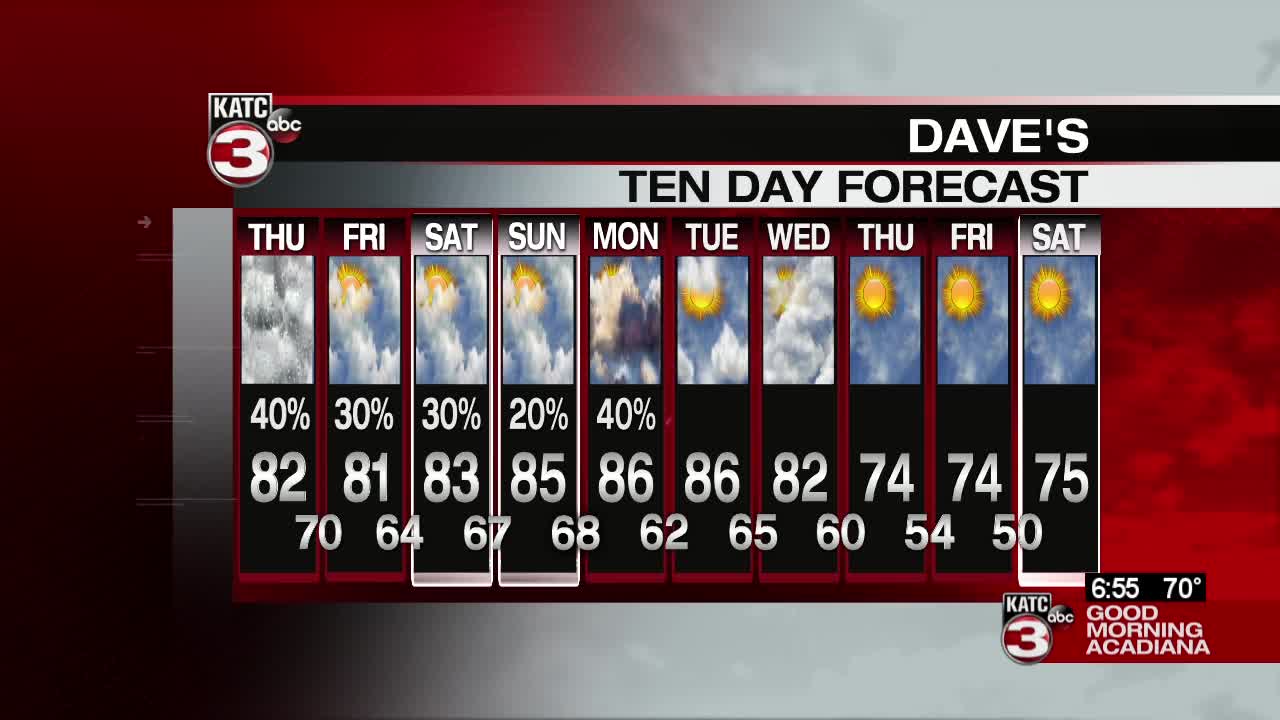 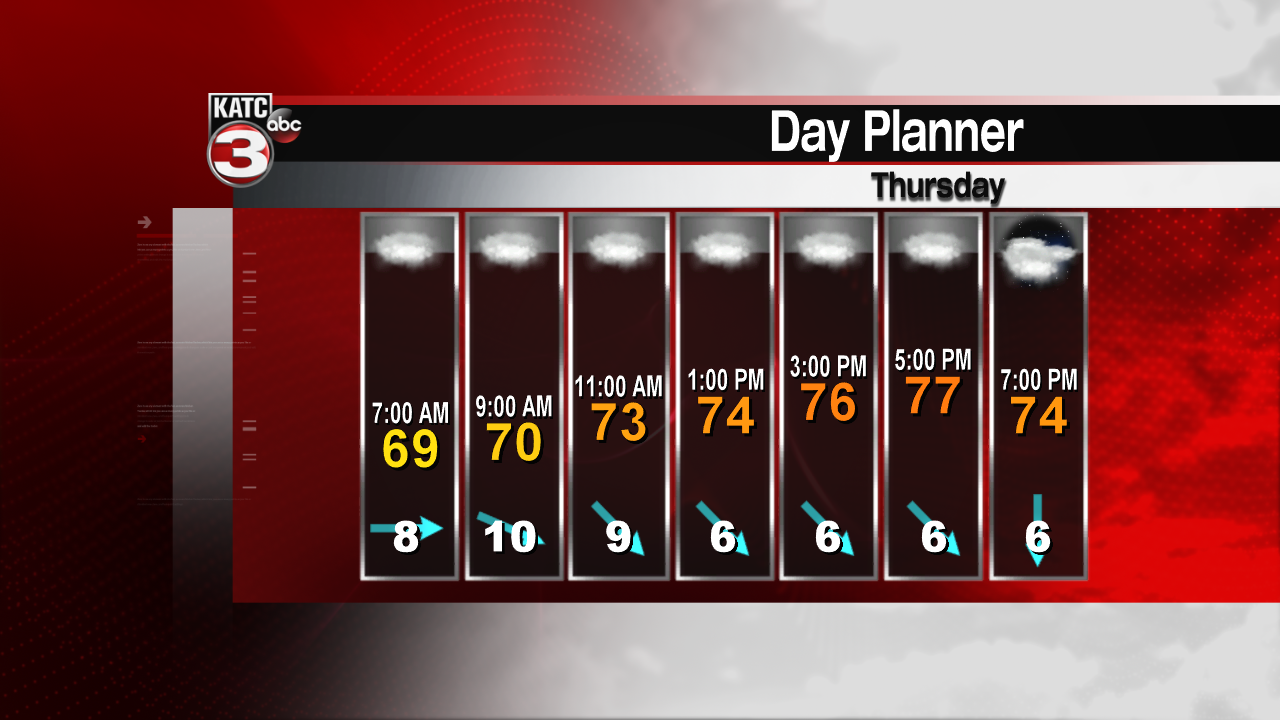 As the remnants of Beta continue to move northeast, clouds will be hanging on today with widely scattered showers possible. Temperatures won't be too warm, considering it's still September and normal highs are still in the mid to upper 80s this time of year. It appears highs will hover closer to 80 degrees, depending on if we see some peeks of sunshine during the day. Winds will still be a bit brisk from the northwest, with gusts up to 20mph during the afternoon. Overnight, winds will calm down, skies will remain mostly cloudy. Lows will crop into the upper 60s to near 70 degrees.

For Friday, skies will go partly cloudy. Temperatures will start to warm up as we head into the weekend. A few afternoon showers and thunderstorms are possible through Saturday, with lesser chances on Sunday. Highs on Friday should reach the low to mid 80s, with mid 80s expected for Saturday and Sunday.

Early next week a cold front will finally reach the area. This could bring a round of storms by Monday night into early Tuesday. Initially, we'll feel mainly dry air behind the front, with temperature remaining warm during the day, but more comfortable at night.

A second push of more fall like air is expected later next week. Lows may drop into the lower 50s by next weekend with highs in the 70s.