While Acadiana will get one more exceedingly hot and humid day Tuesday, a couple of weather systems look to interact in the region bringing the threat of locally heavy rains, elevated winds and tides along the Louisiana Coast Thursday.

An upper disturbance in the Southern California Monday will traverse the Southwestern States arriving in Texas Wednesday. 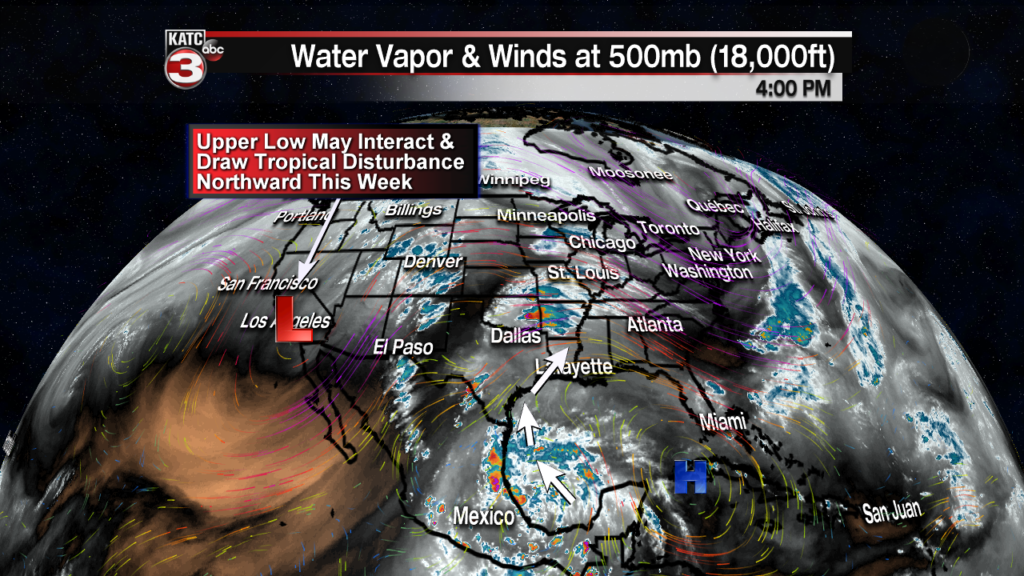 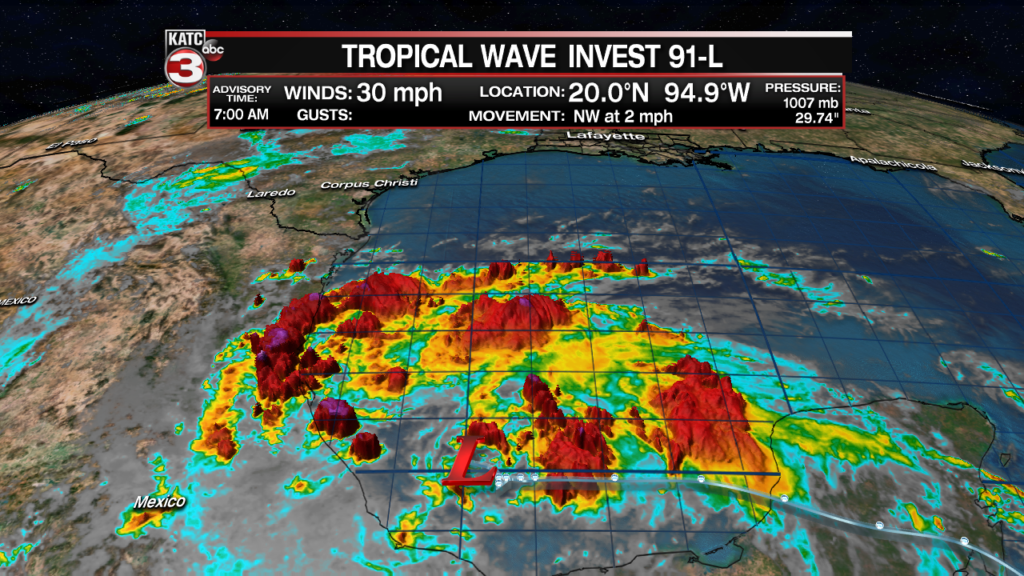 The National Hurricane Center has given this disturbance a 60% chance of development through Wednesday. 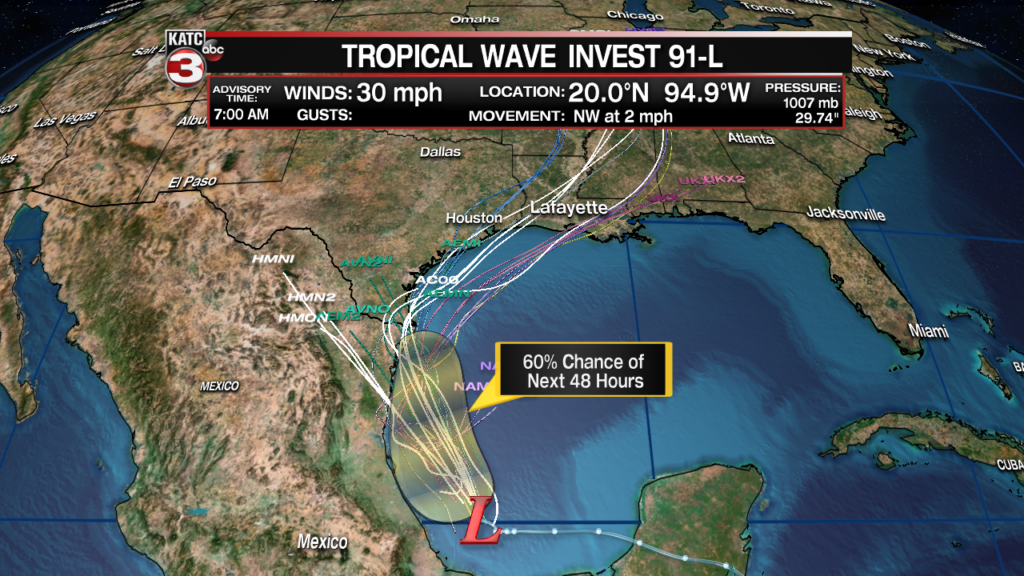 Whether the system develops or not…or develops then weakens, it is still expected to bring the threat of locally heavy rainfall to Acadiana along with elevated coastal winds and tides.

The models continue to wrestle with this incipient system, as they normally will do, with rainfall projections much lower for the area than a meteorologist would anticipate…these scenarios are notorious for being  underestimated by the models. 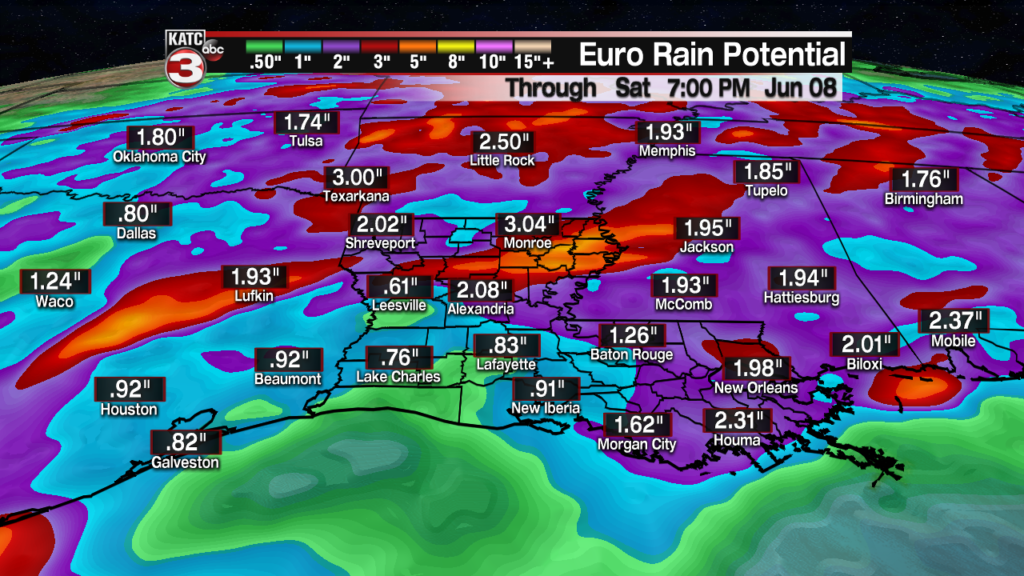 Both the Euro and GFS models show modest rainfall locally, but nearly all previous similar scenarios have worked out with much more rain than model forecasts. 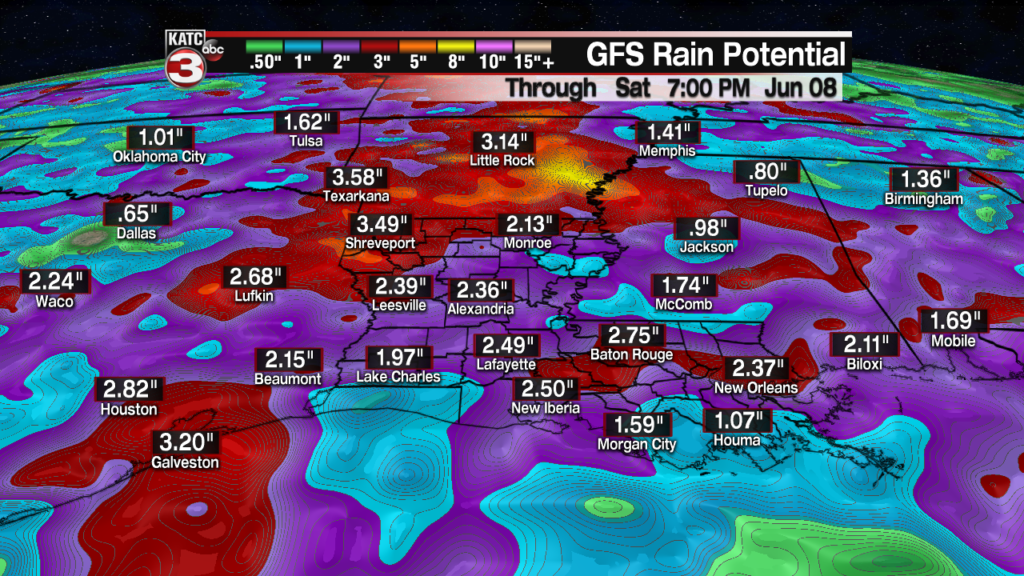 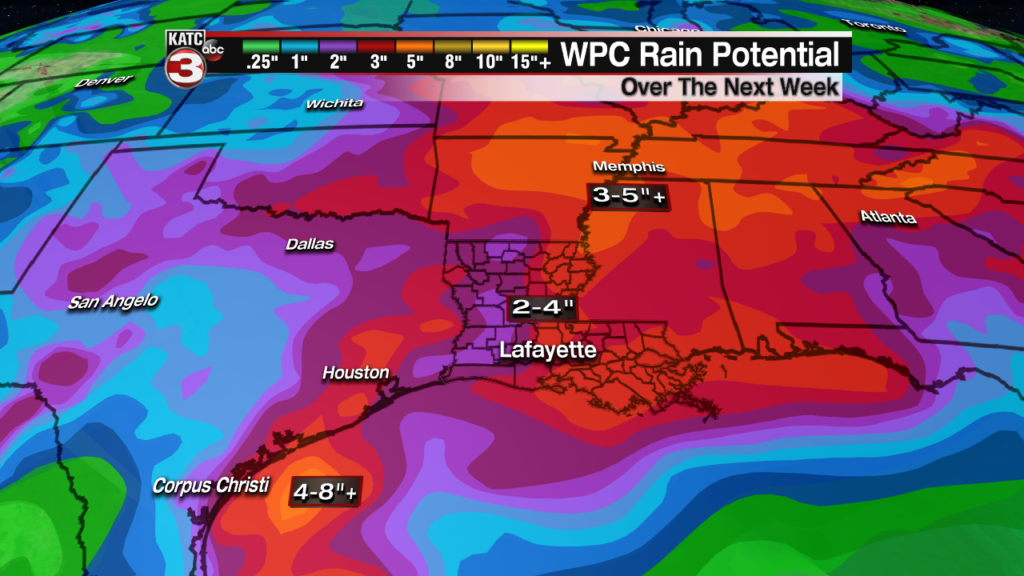 The Euro Model strengthens the disturbance to a tropical depression or weak storm as it nears the lower-mid Texas Coast Wednesday, but then interactions with the upper low will either weaken the system (per the Euro), enhance the entire system and lower surface pressures, or may just enhance rainfall in spots when the system is impacting Louisiana Thursday. 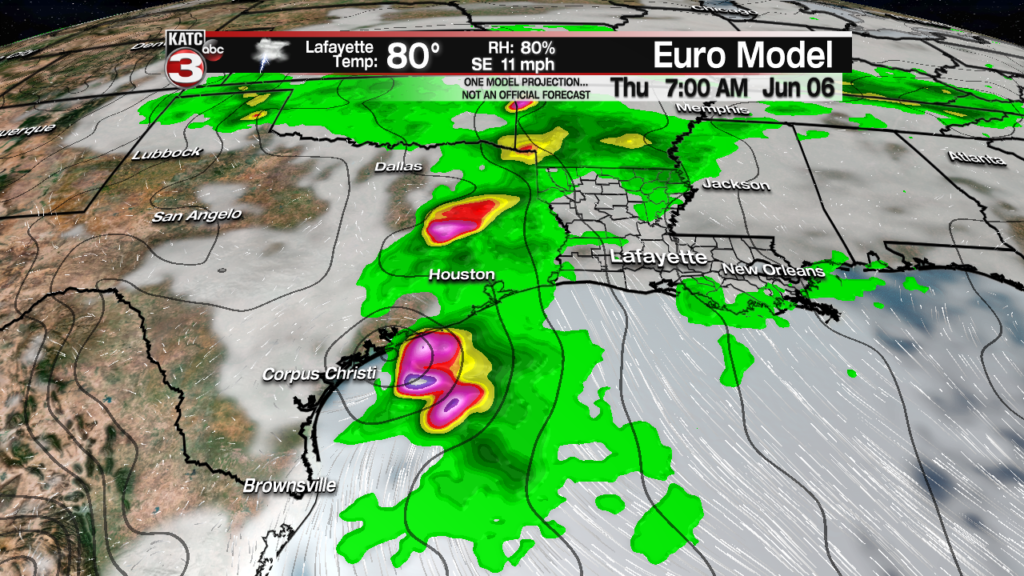 The bottom line for Acadiana, expect at least 2-4 inches of rain with localized amounts double that in a few spots, along with 20-30 knot winds along the coast and tides becoming 2-3 feet, possibly up to 4 feet above normal, Thursday…stay tuned for developments/changes that are likely to come. 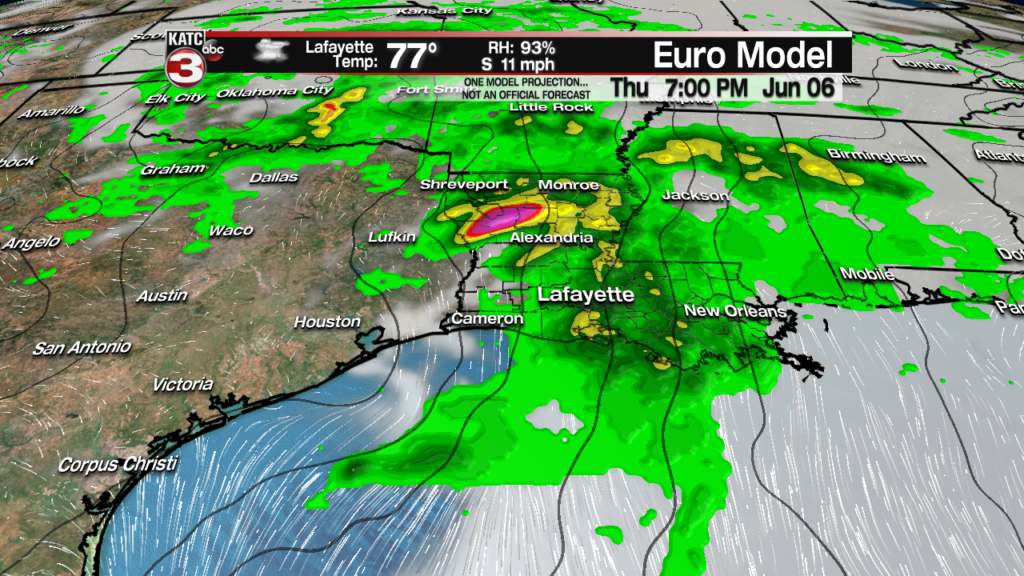 The system should slowly move out of the region Friday with rain chances decreasing substantially into the latter part of the weekend.

In the near term, expect hot and humid conditions again Tuesday with highs reaching well into the mid-90s accompanied by heat indices in the 102-105 degree range, and the very slight chance (10%) of an isolated shower.

Changes begin to arrive Wednesday, with deeper Gulf moisture moving in, there should be a proportionate increase in the prospects of scattered showers and storms, currently in the 40-50% range.

Rain chances will peak Thursday, for now, at least at 80%.

Climate note: Lafayette hit 98 degrees  this afternoon, not only making it the hottest year to date (yesterday was 97), it also beat the record of 97 set back in 1911. 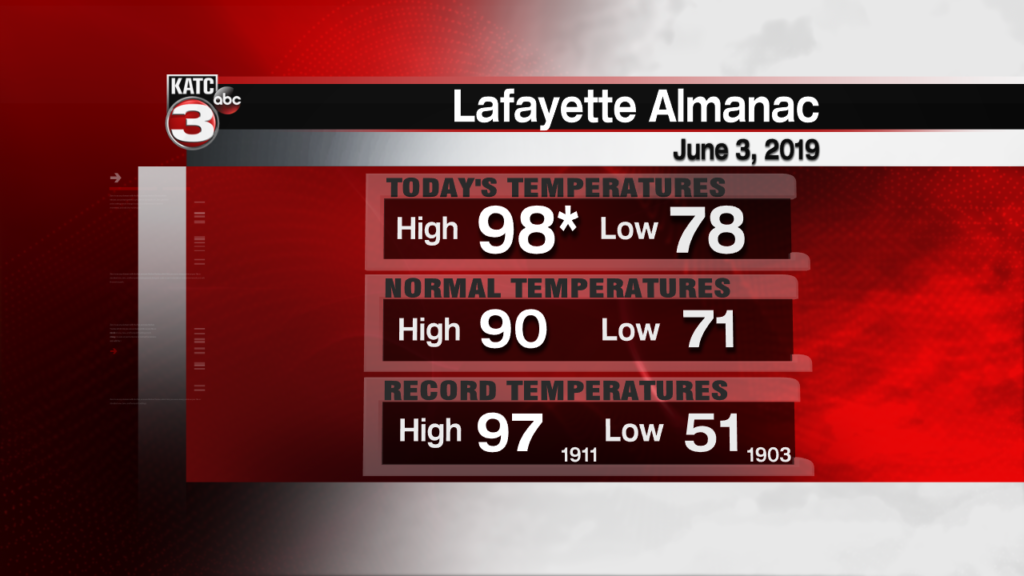