Mostly sunny, hot and dry into the Holiday Weekend

Acadiana can expect more mostly sunny and hot weather into the Memorial Holiday Weekend with rain chances staying relatively quite low, near 5% or less. 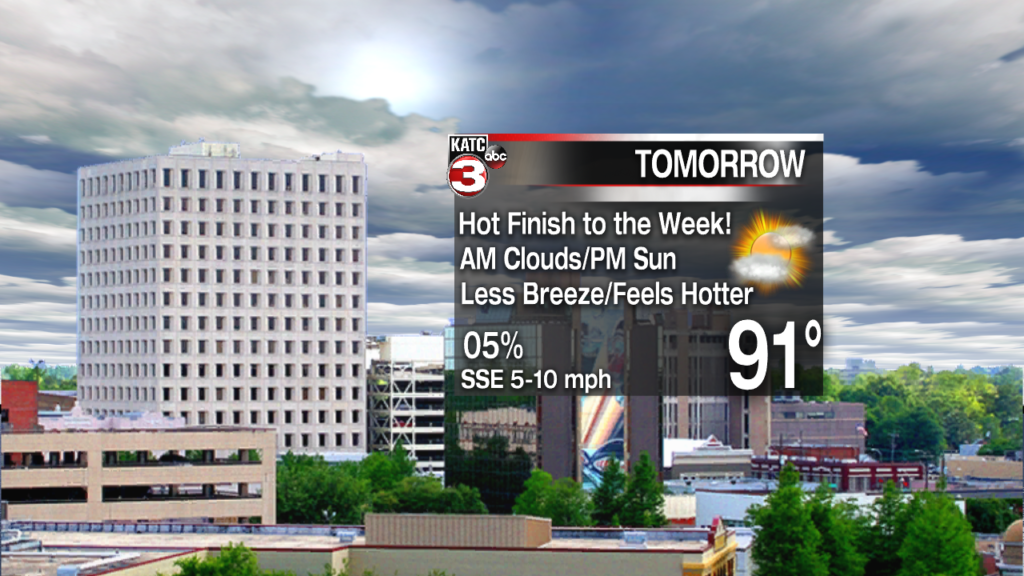 High pressure will remain the dominant feature in our local forecast at through Monday, but will begin to flatten and drift eastward into mid-week allowing for the chance of some scattered afternoon showers and storms toward the end of the week and into the following weekend. 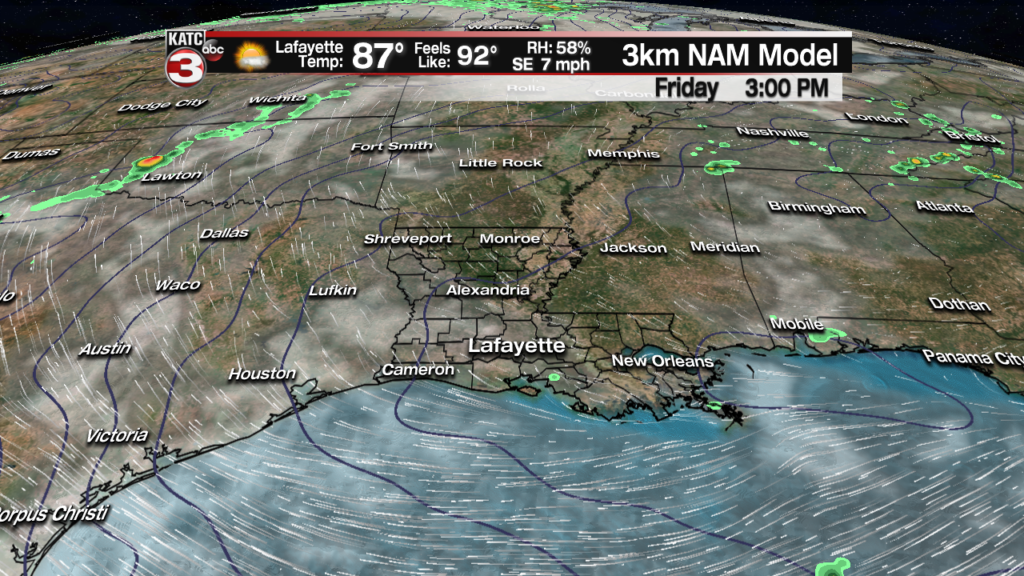 Although with the high pressure ridge, it’s been hotter, with temperatures officially reaching 92 F in Lafayette Thursday, but fortunately dew points had dropped slightly keeping our heat indices under 100. 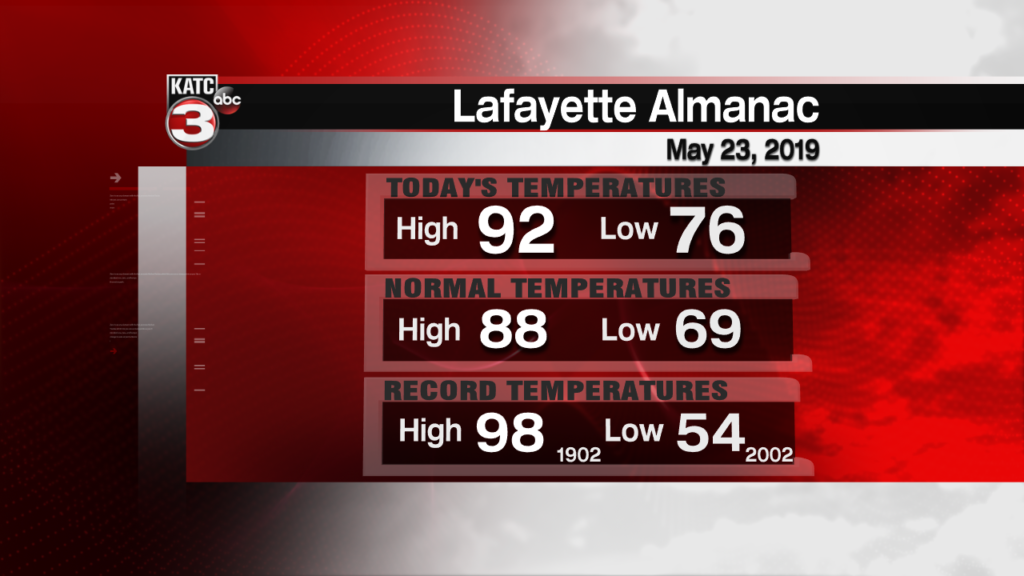 So weather-wise over the next several days, look for some morning cloudiness to give way to mostly sunny afternoons. 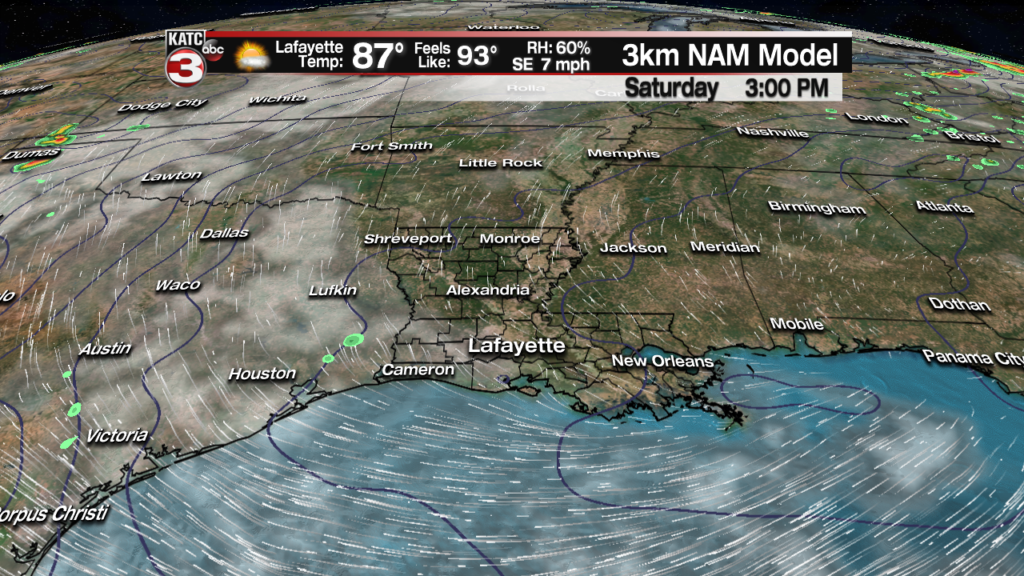 Daytime highs will reach between 91 and 93 through Monday. 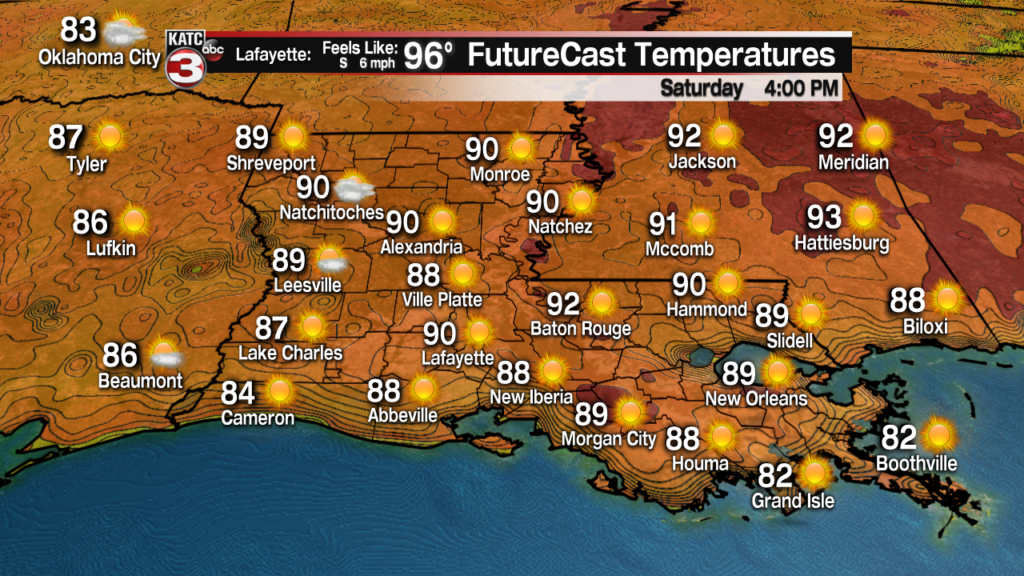 Toward the end of next week rain chances should rise into the 20-40% range with most activity being the scattered, garden-variety, afternoon showers and thunderstorms.

The other weather news remains the additional heavy rainfall expected in the nation’s already soaked and flooding mid-section.

These flood waters will continue to contribute to the already high water levels along the Mississippi, Atchafalaya and Red Rivers.

The Corps of Engineers are seriously considering opening the Morganza Spillway, for only the third time in history (1973 and 2011 previous times) with a slow and gradual release into the floodway and Basin.

See the latest KATC story regarding the latest on the potential opening of the spillway.