Increasing rain chances will reach Acadiana Wednesday and continue for the rest of the week and into the weekend along with an increasing threat of locally heavy rainfall and some possible flooding.

A series of upper disturbance migrating through the sub-tropical jet-stream combined with a quasi-stationary frontal boundary will be the focus of showers and storms across Texas Tuesday with a slowly advance eastward into Louisiana toward the mid-latter part of the week. 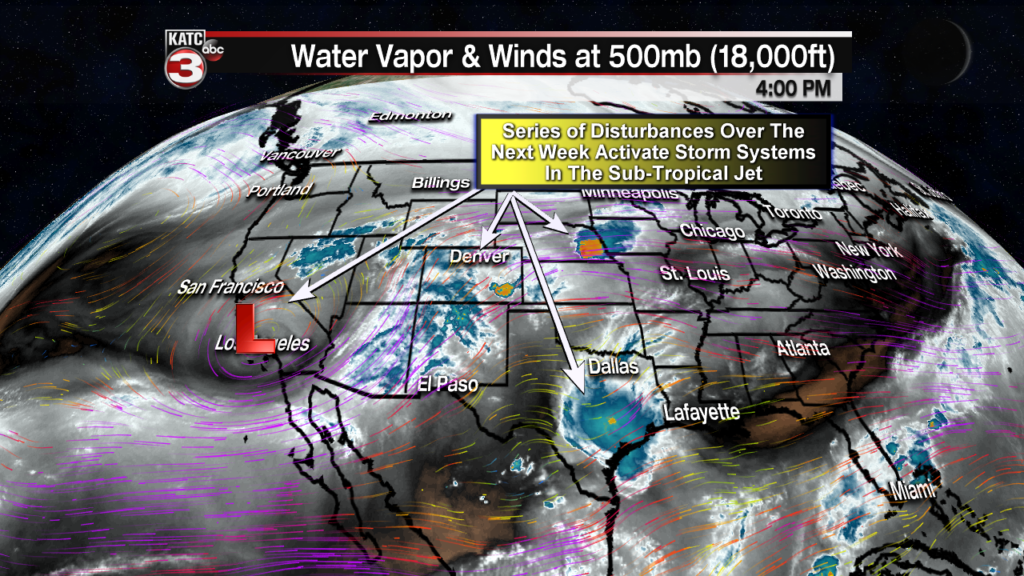 Tuesday will be a transition day for Acadiana with a general increase in cloudiness along with the very slight chance of a quick-passing shower. 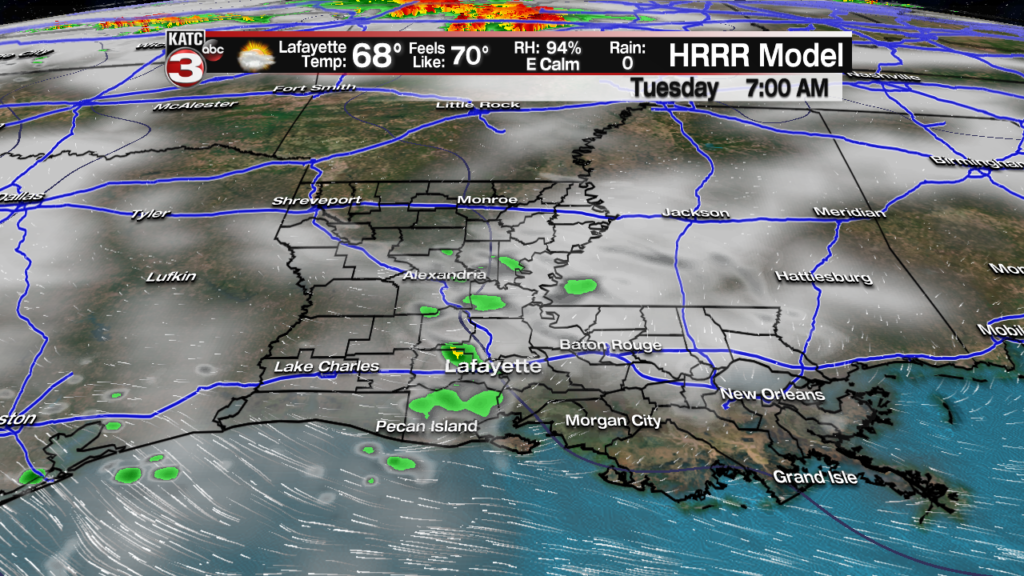 All in all Tuesday should be still be a fairly nice day with a few intervals of sun pumping our temperatures into the mid-upper 80s. 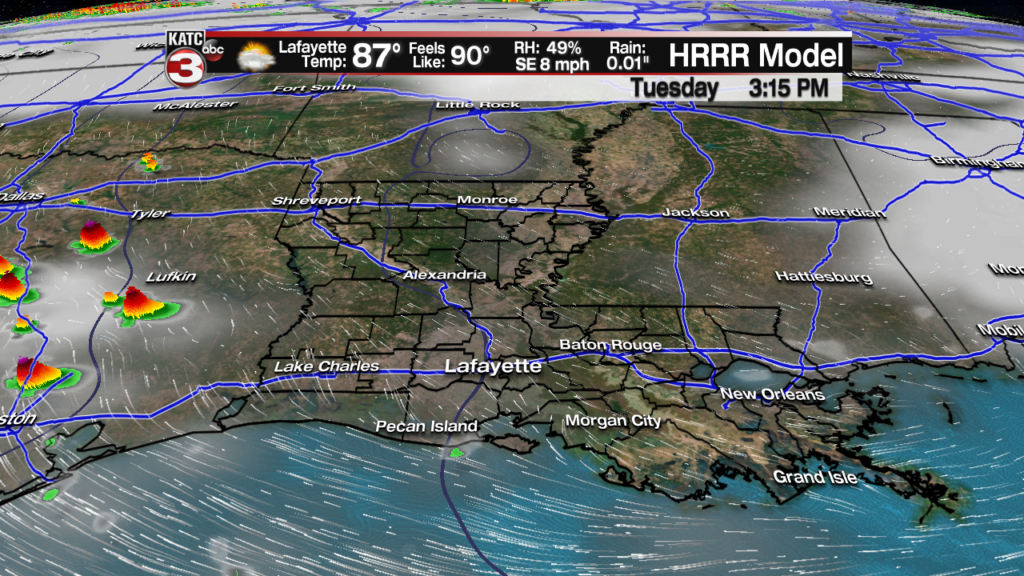 Higher rain chances will arrive starting Wednesday, with a round of showers and storms possible during the wee morning hours Wednesday and then gain by the afternoon/evening. 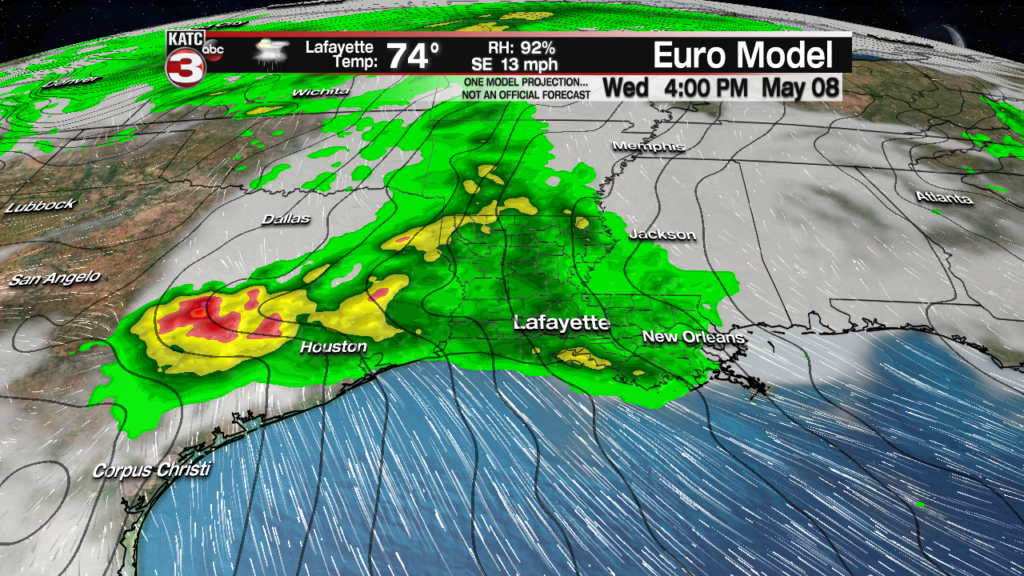 Roughly 1-2″ of rain will be possible Wednesday.

Thursday will bring another round of showers and storms, with activity possible anytime during the day and/or night. 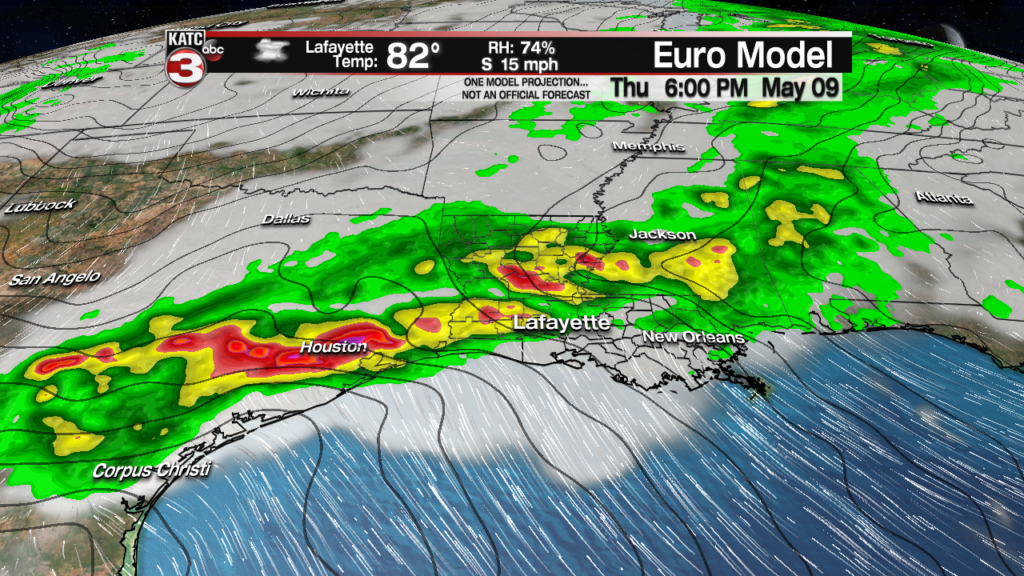 Another couple of inches or more will be possible in spots, especially toward SW and Central Louisiana.

Not much of a break is expected Friday with still a good chance of rain and storms possible. 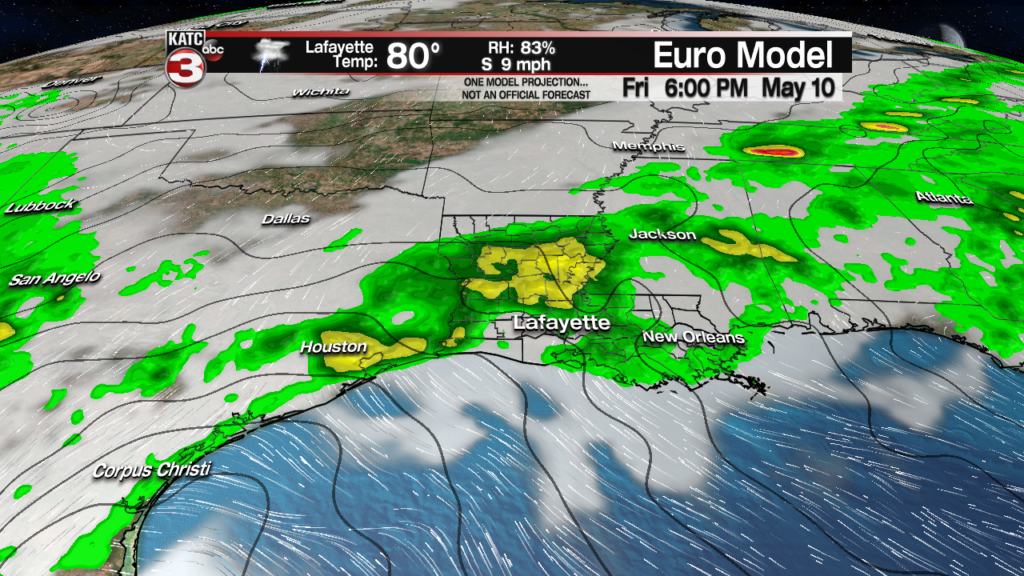 Per the Euro Model, the last round storms, and perhaps the heaviest will arrive to Acadiana Saturday and into Saturday night. 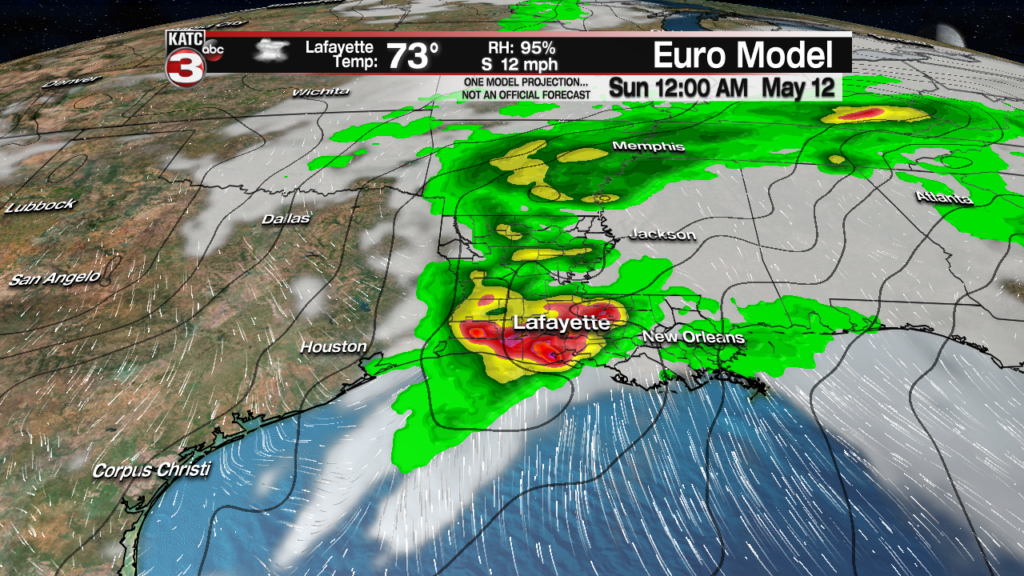 Several more inches of rain will be possible.

While the details on who gets the heaviest rains remains unclear…this we do know: the 4-5 day rainfall totals for most folks in Acadiana will be pushing the 3-6″ range…with a third of us seeing less than that, while another third may see more…and typically there are isolated spots that may see double these amounts.

And per the National Weather Service…some locations in Southeast Texas into Southwest Louisiana may see up to 8-10″ of rain with isolated amounts up to 15″ into the weekend!

European and GFS model output is quite similar…and sets the stage for the possibility of Flash Flood Watches for much of the area toward the end of the week.

And in addition tho the heavy rainfall threat, per the Storm Prediction Center, a few severe storms cannot be ruled out starting Thursday

Hopefully the Euro is right on this, otherwise some portions of Acadiana may have to face a few more flood threats…stay tuned for further changes in the 10 Day Forecast.