Smooth sailing into the weekend and for Festival International

After Acadiana was once again spared the brunt of a severe weather threat that was posed to the region earlier Friday, it’s nothing but smooth sailing weather-wise into the weekend, and for all of Festival International!

Skies will gradually clear overnight with a pleasant breeze bringing temperatures down into the lower 60s in most areas by morning. 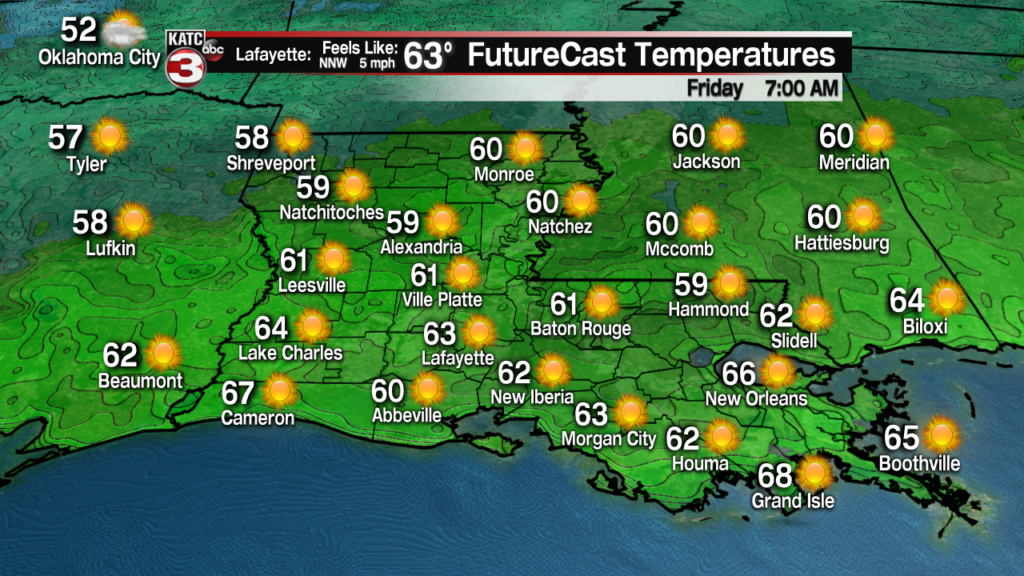 We’ll finish the week and start the weekend with lots of sunshine, with breezy northerly winds and low humidity Friday. 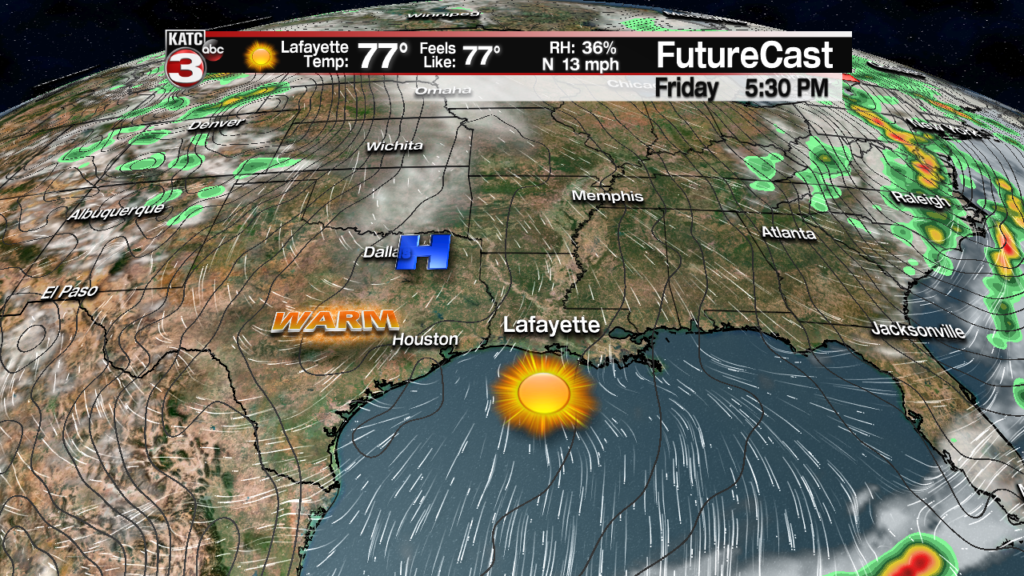 Temperatures Friday afternoon will top out in the upper 70s to low 80s across the region. 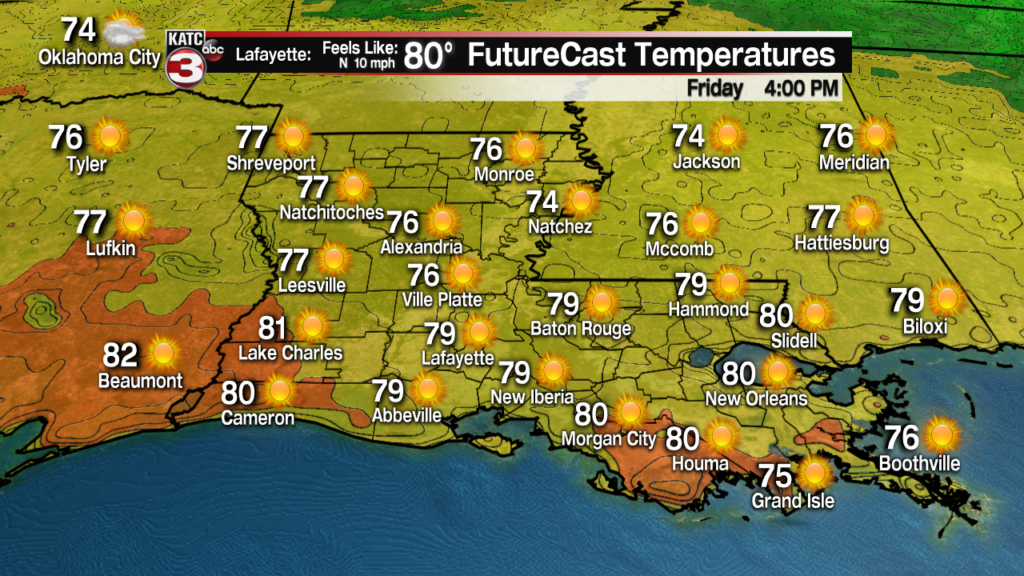 If your heading on out to Festival Friday evening, you’ll probably want want to go with slightly warmer wear; although it will be in the low-mid 70s at the start of the performances, it will cool quickly into the 60s during the evening. 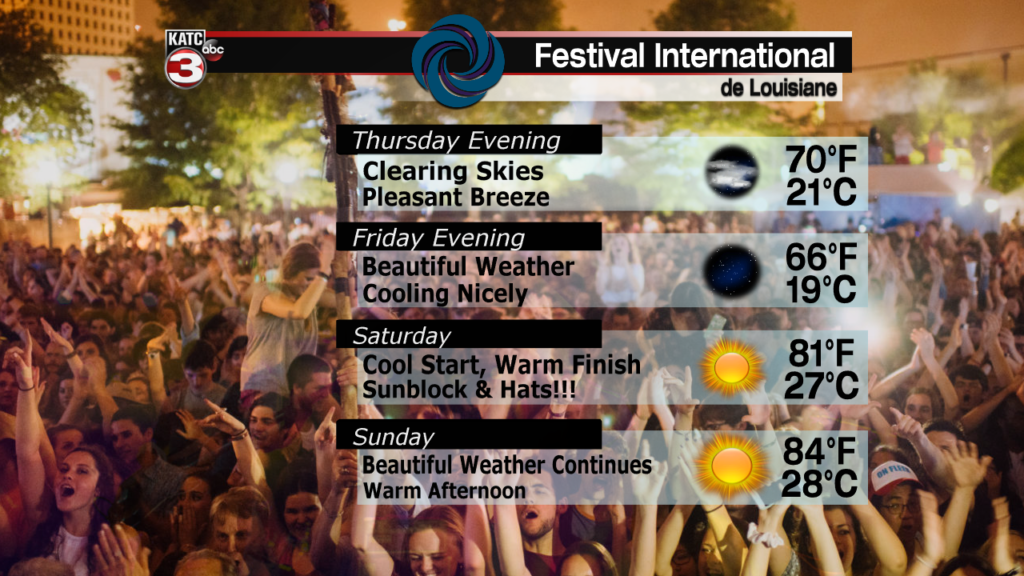 Lows by Saturday morning will drop into the refreshing mid-50s as high pressure moves right overhead. 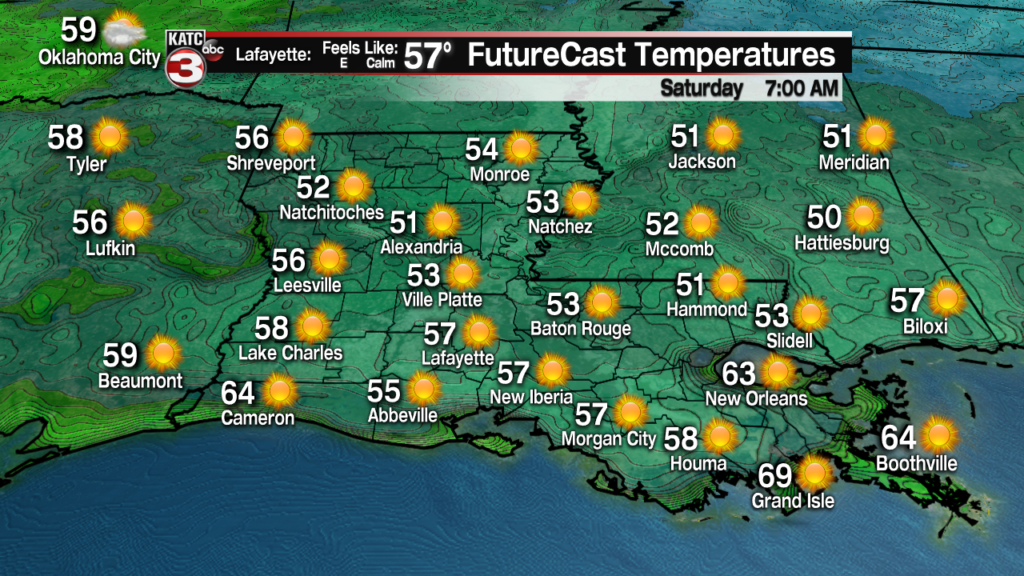 Look for wall to wall sunshine again Saturday with temperatures topping out in the lower 80s…hats and sunblock will be a “must” for the hardy all-day-long Festival goers!

There will be a return of tropical southerly breezes Saturday afternoon which will keep it still quite nice! 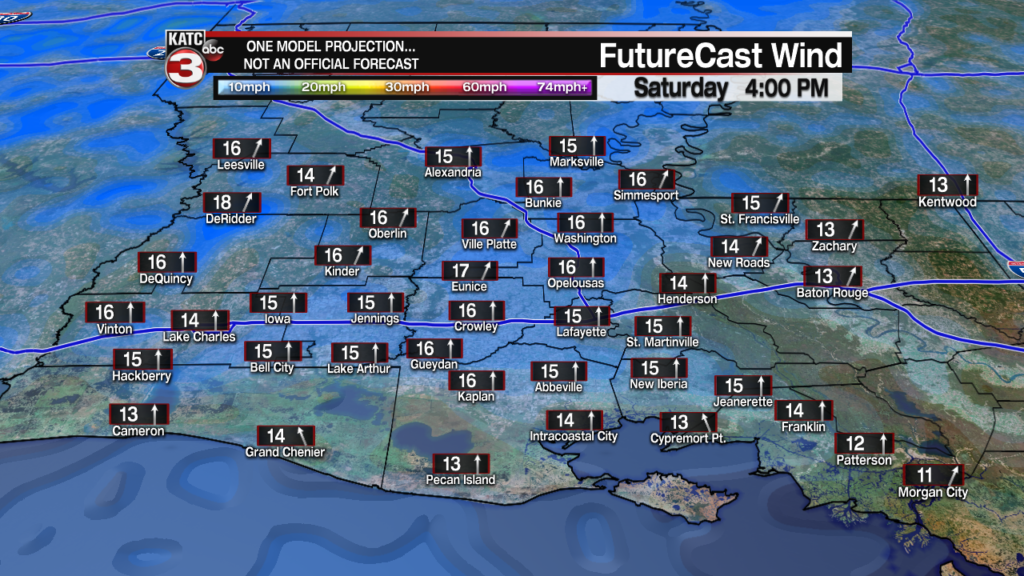 Sunday will be just as nice with mostly sunny skies, after perhaps some morning cloudiness, accompanied by temperatures in the low-mid 80s…but there won’t be as much of an afternoon breeze, so it definitely feel warmer.

The longer-range forecast into next week looks favorable into Monday, but clouds and eventually slightly better rain chances will be in the forecast along with warmer temperatures and higher humidity toward the end of the week and into the weekend.

Magically the 10 Day Forecast is absent of any cool fronts (and the threat of severe weather) until at the earliest, a week from Saturday.

Storm notes from last night and this morning: Once again Acadiana was spared the severe weather threat late last night into this morning relatively unscathed.

Locally as of 6:00 pm time Thursday evening there were tentatively 49 reports of severe weather with up to 4-5 tornadoes as preliminary storm surveys were arriving from the National Weather Service.

The worst damage and severe weather was in the northern part of the state and was associated with a preliminary EF3 tornado in Ruston with 136 mph winds or more, and was responsible for two fatalities and major damage to facilities at Louisiana Tech.

And luckily, most of Acadiana was also spared of the localized heavy rainfall, with a few isolated spots catching up to 3-4″ in a short period of time leading to mostly street flooding, while in Lafayette, officially only 0.08″ fell at the airport! 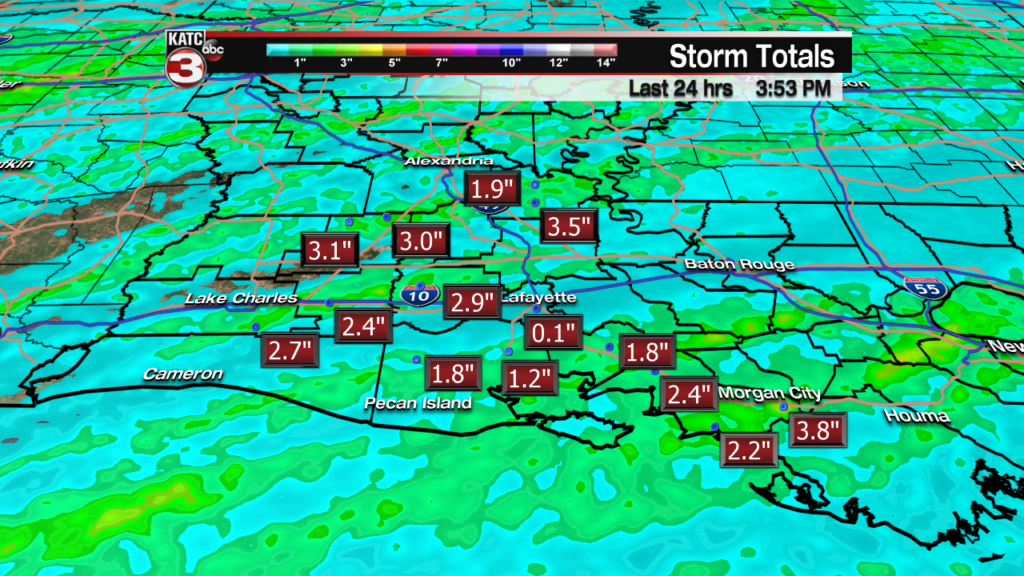