Acadiana will have to endure another mostly cloudy and mild weekend, with a waffling frontal boundary making for a rather difficult temperature forecast particularly for Saturday.

Models have been inconsistent on the placement of a nearly stationary frontal boundary, that will wag across the area for the better part of the next 4-5 days. or more. 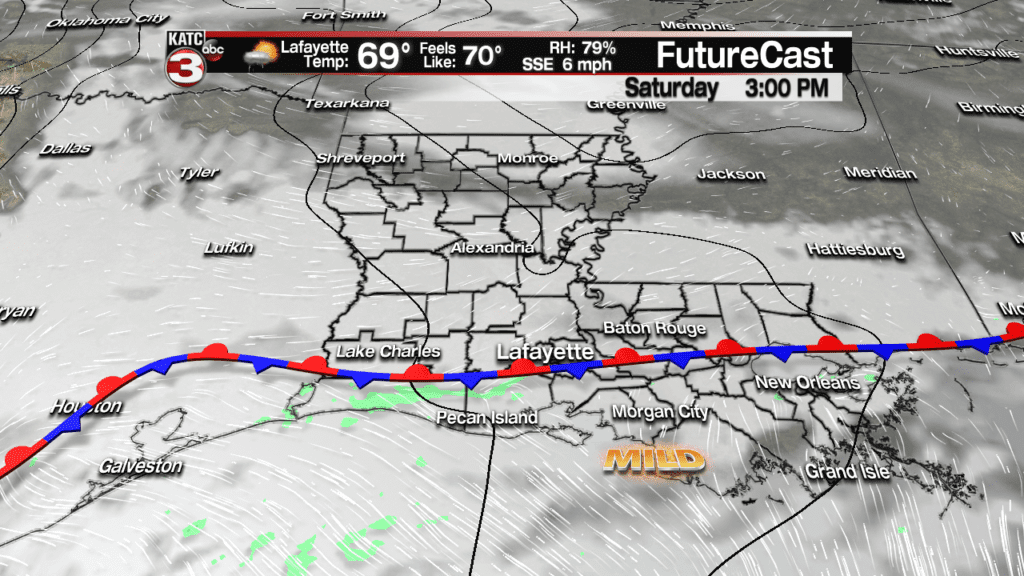 In the near term, with mild conditions ahead of the front tonight, and diminishing winds, fog could become an issue, especially across the coastal parishes, perhaps up through the I-10 corridor, which will be south of the frontal boundary through daybreak. 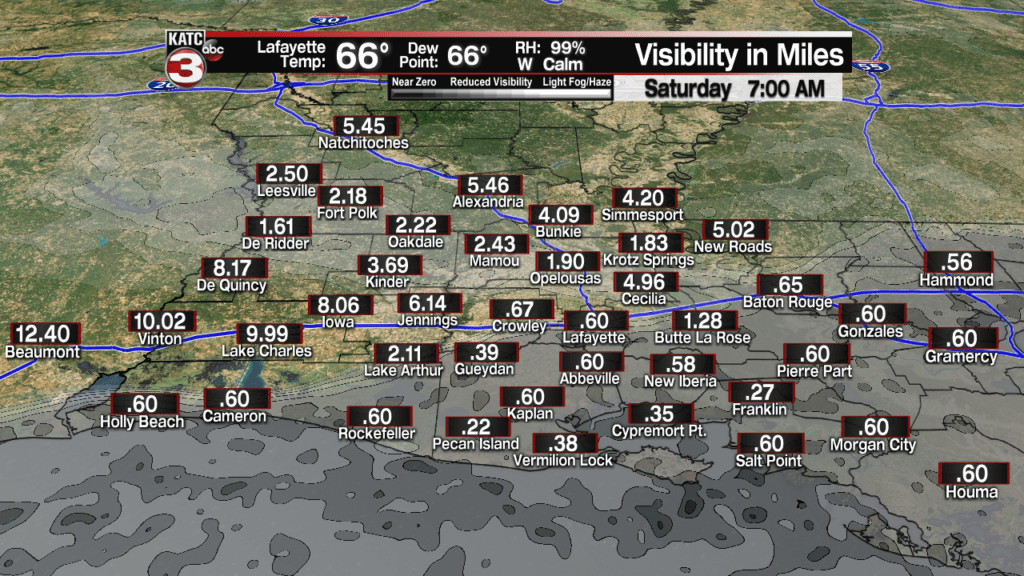 A few passing, mainly light showers will be possible overnight through Saturday and into Saturday evening, but rain chances should stay near 20% or less.

The frontal boundary is expected to move back to the north Saturday night into Sunday morning with another round of fog possible overnight.

More clouds are anticipated Sunday along with a slightly better chance of scattered showers as the same front begins dropping back to the south…but we could certainly see temperatures in the mid-upper 70s before we see some cooling into Sunday night. 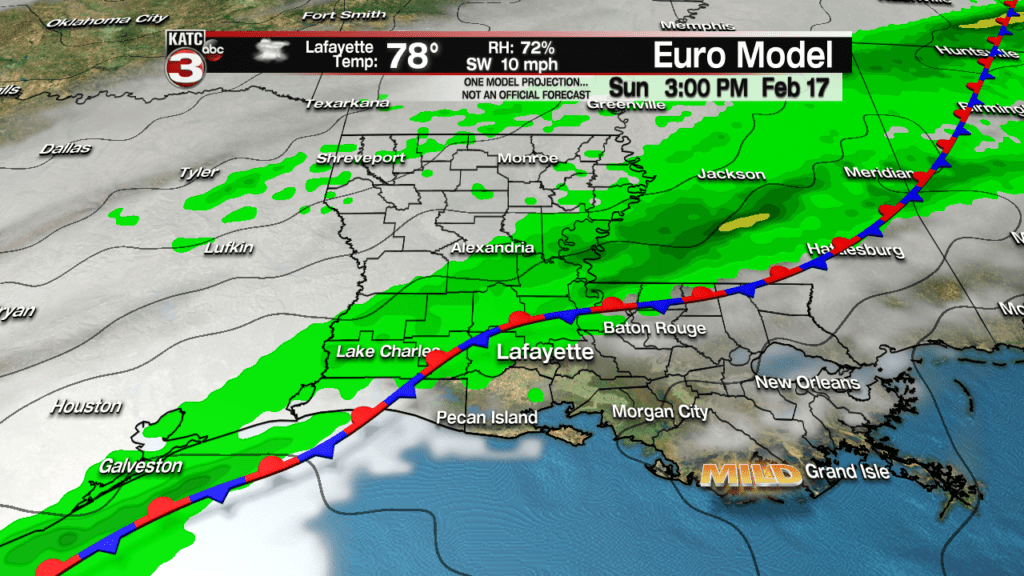 Rain chances Sunday will be closer to the 40% range.

Next week will remain a forecaster’s nightmare with the same frontal boundary moving north and south of a period of several days….all the while an increasingly active sub-tropical jet stream begins to spark of rounds of showers and storms. 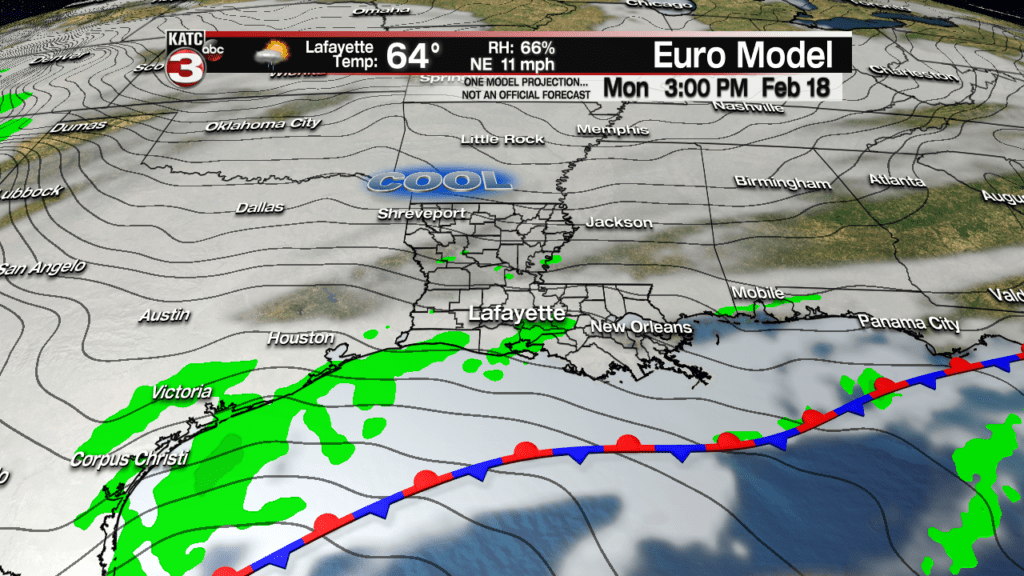 While Monday doesn’t look too wet, there will be the chance of showers, while temperatures will be some 10 degrees cooler as compared to Sunday. 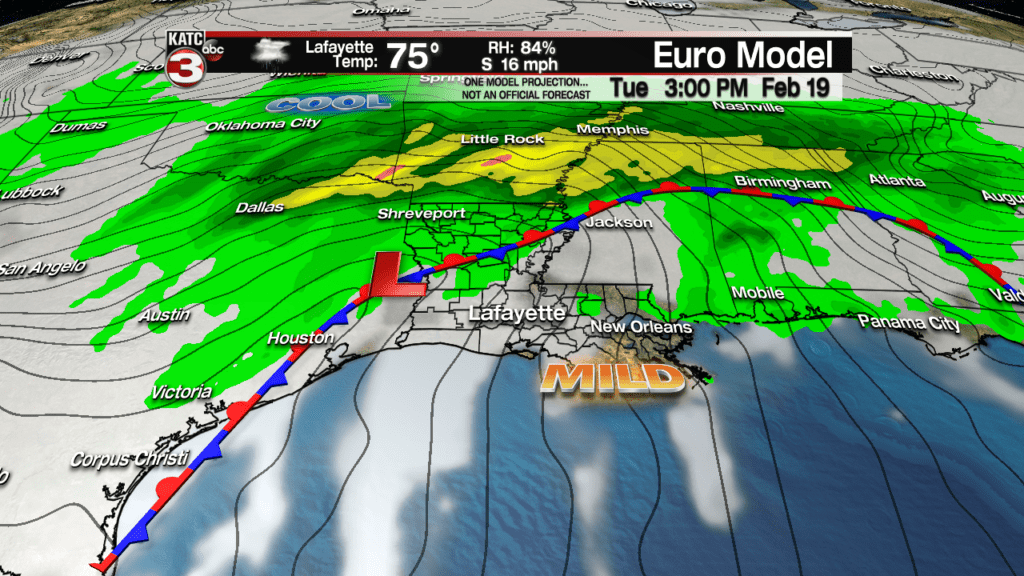 Tuesday the frontal boundary will advance back to our northwest getting our temperatures back into the mid-70s along with a pretty good chance of showers and thunderstorms developing across the region. 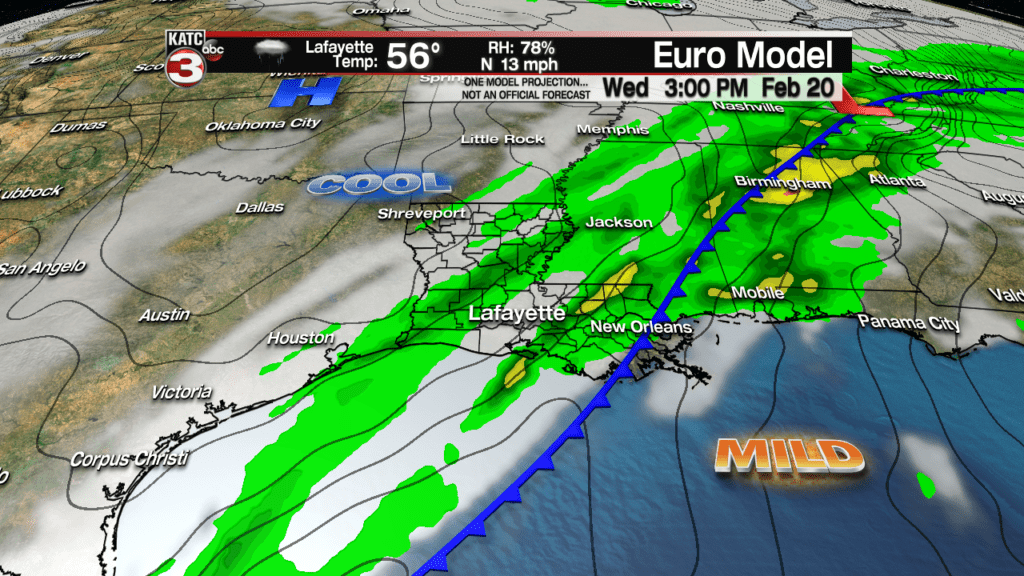 It will be back to cooler conditions along with a good chance of showers Wednesday into early Thursday, with perhaps a one day break from the precipitation developing into Friday.

But milder temperatures along with the chance of showers and thunderstorms will likely return into the following weekend.

At this point, the pattern set-up into next week does not to appear to have any overt severe weather threats, but that could change into next weekend.

Meanwhile, while flooding rains are not anticipated, rainfall amounts will initially be light through early next week. 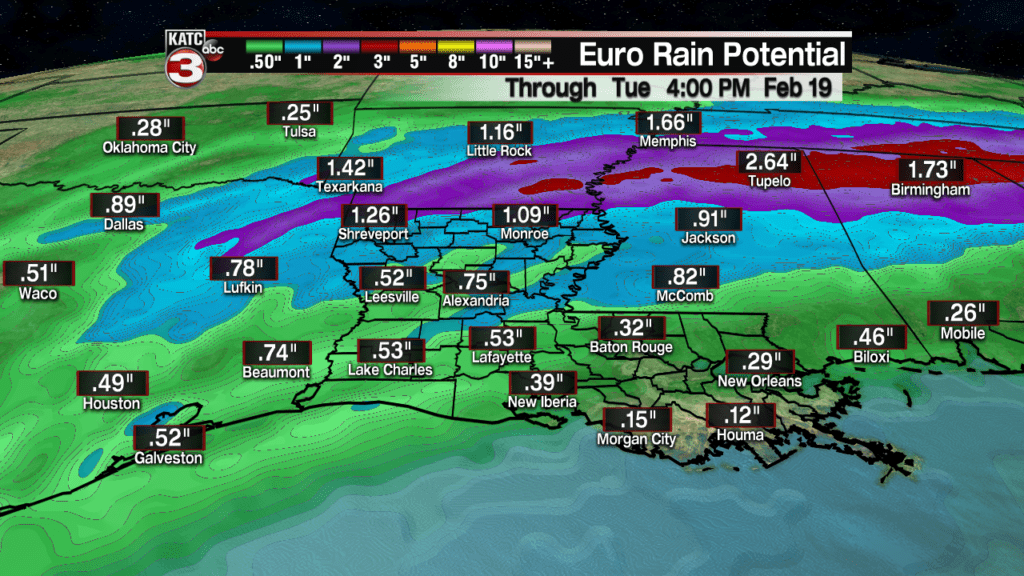 But heavier rains into Wednesday and then perhaps again the following weekend, will allow for rainfall accumulations to get closer to the 2-4″ range over the entire 10 day period.

It should be noted though that much rainfall amounts will not be too far away from the Acadiana area, so we’ll be watching for any trends in the future. 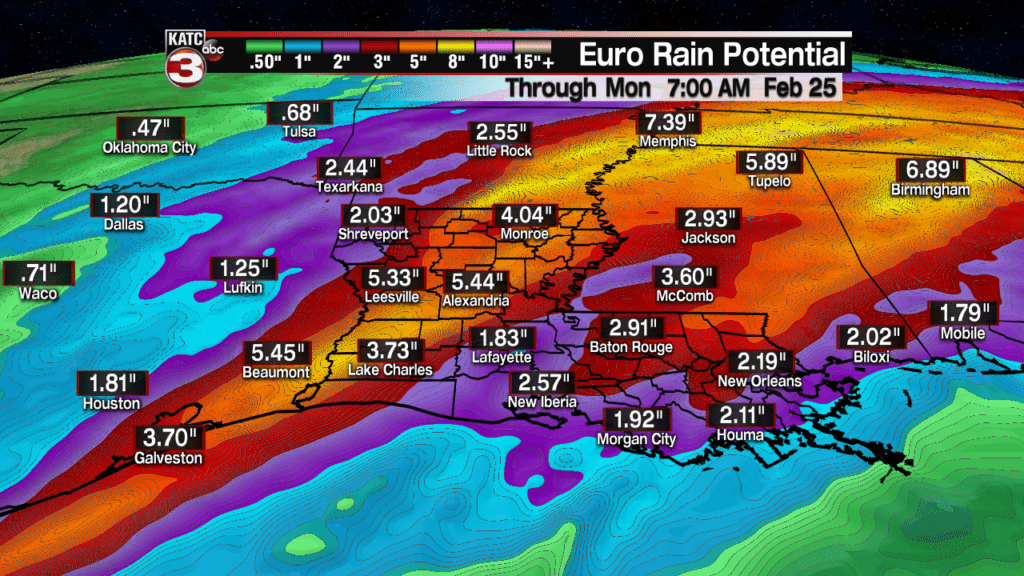 The GFS model is in fair agreement with the Euro on rainfall, highlighting the best chance of soaking rains, and perhaps some flooding into portions of Arkansas, Mississippi, Alabama and Tennessee through much of the 10 day period. 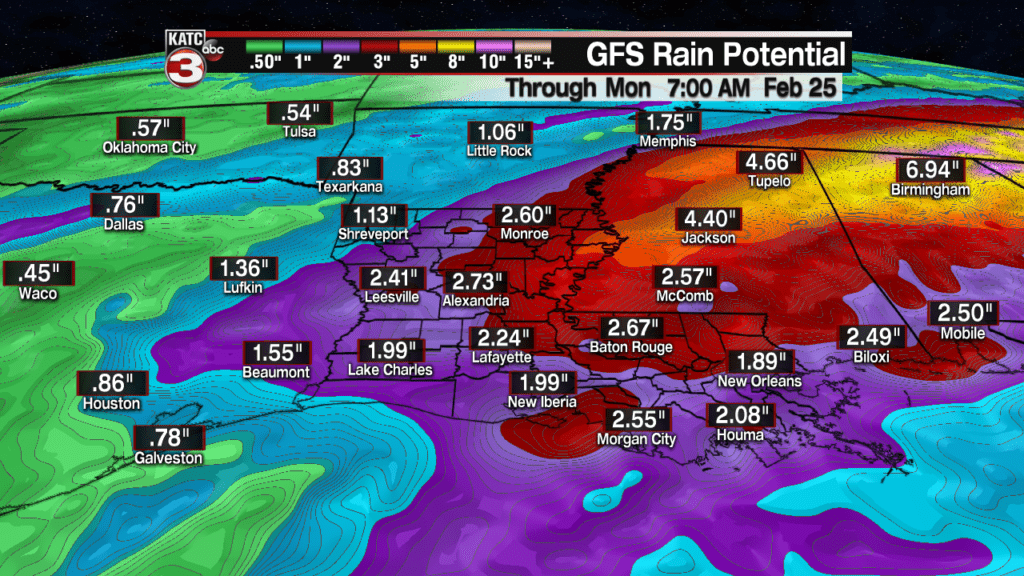 Again, these are preliminary estimates…model data in this type of pattern leads to below normal forecast confidence, so check the latest model data on KATC’s Weather Pages, and consult the 10 Day Forecast for the latest…expect the latter half of the forecast to change frequently in concert with the rather unpredictable pattern and time of year we are in!