Getting more spring-like into next week…plenty of clouds, some showers

Although much of the nation’s weather attention will turn to the Ground Hog Saturday, Acadiana’s weather pattern over the next week will already be telling you that spring is just about here!

Look clouds to dominate nearly every day for the next  week or more, with the chance of showers Sunday through Tuesday, and perhaps a few spring-like thunderstorms Monday and Tuesday.

Temperatures will warm further ahead of our next front that should arrive Friday with highs Wednesday and Thursday pushing the upper 70s, and perhaps near 80 if we get a few intervals of sun on either of those days!

In the near term, look for mostly cloudy skies with a few intervals of sun Saturday that will push temperatures close to 70 degrees. Rain chances should stay low, near 10%. 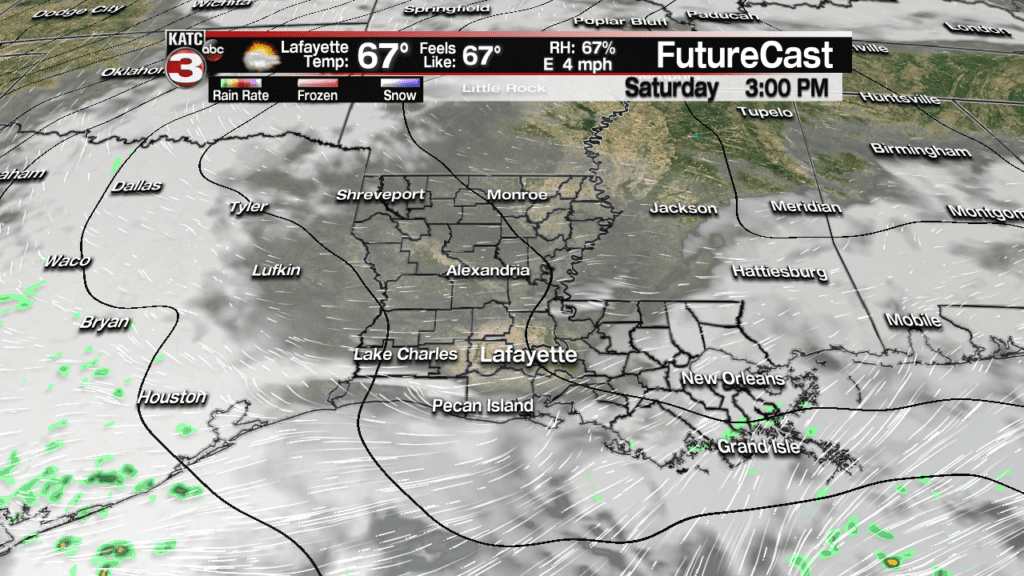 A weak upper disturbance will move into the region Saturday night into Sunday which should yield a 30-40% chance of showers. 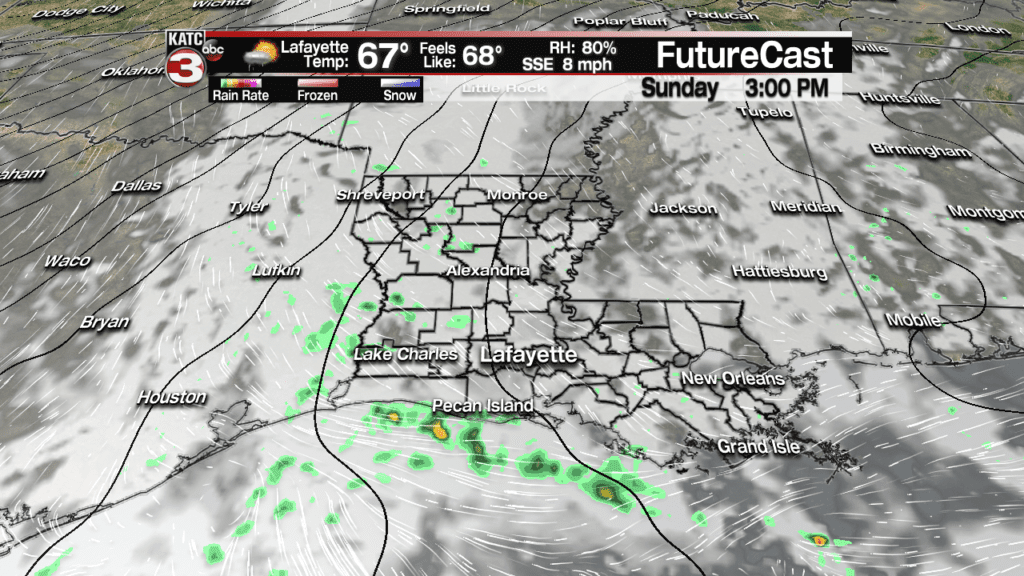 Temperatures Sunday may be limited to the upper 60s as clouds are expected to be more dominant as compared with Saturday.

One weather issue that may arise by Sunday morning is the risk of fog, as warmer air from the Central Gulf of Mexico travels over the cooler, shallow, shelf waters along the Louisiana Coast. 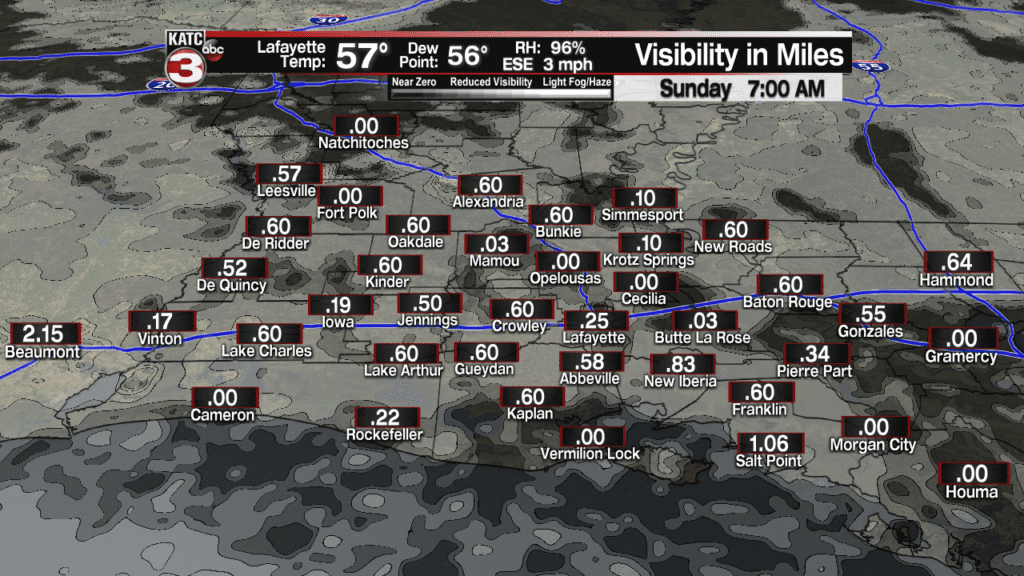 So fog could be an issue not only Sunday morning, but perhaps into successive mornings into next week.

Later in the week, a cool front will approach the region late Thursday into early Friday, generating more showers and perhaps a few storms, with briefly cooler weather (but still mostly cloudy) to follow for a day or so, before warming back up by the latter part of the weekend into the following week. 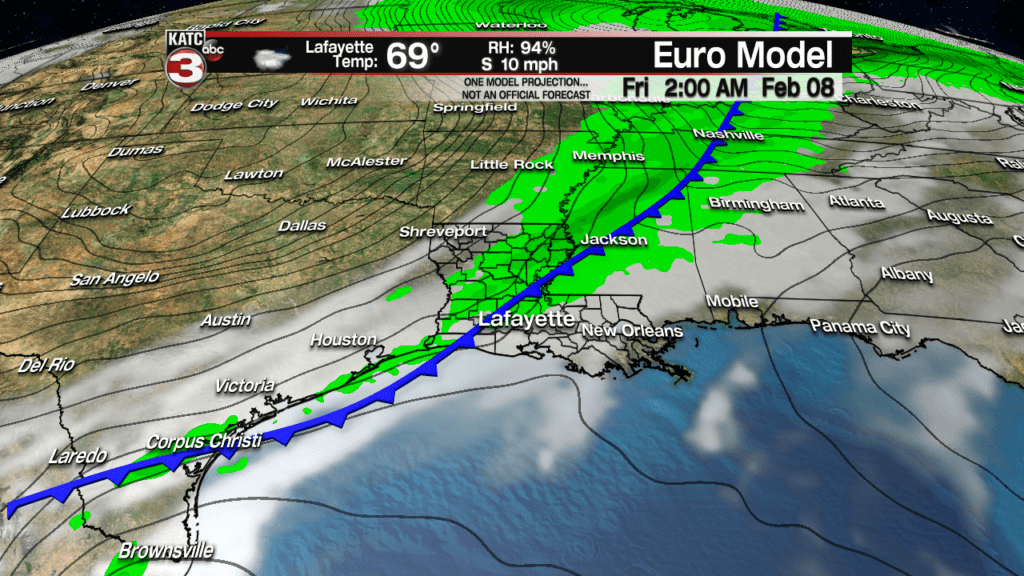 Cool front aside late next week, it appears that Acadiana’s temperatures will be well above normal for the bulk of the first two weeks of February.