More winter sunshine into the weekend; next front looking interesting

Acadiana will be fortunate to enjoy a relatively quiet and nice weather pattern into the weekend with plenty of cool sunshine Friday and fair to partly cloudy skies accompanied by milder conditions into the weekend.

In the near term, it looks like we’ll need to keep the plants covered overnight with another light freeze and frost likely for many by Friday morning. 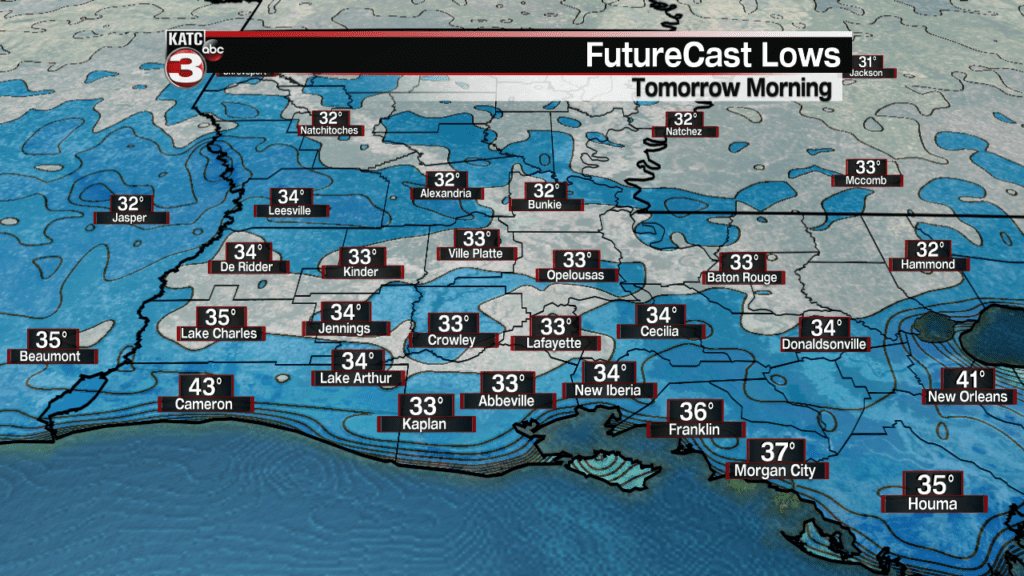 A secondary ridge of high pressure will advance into the region through tomorrow keeping temperatures mostly in the mid-50s for highs. 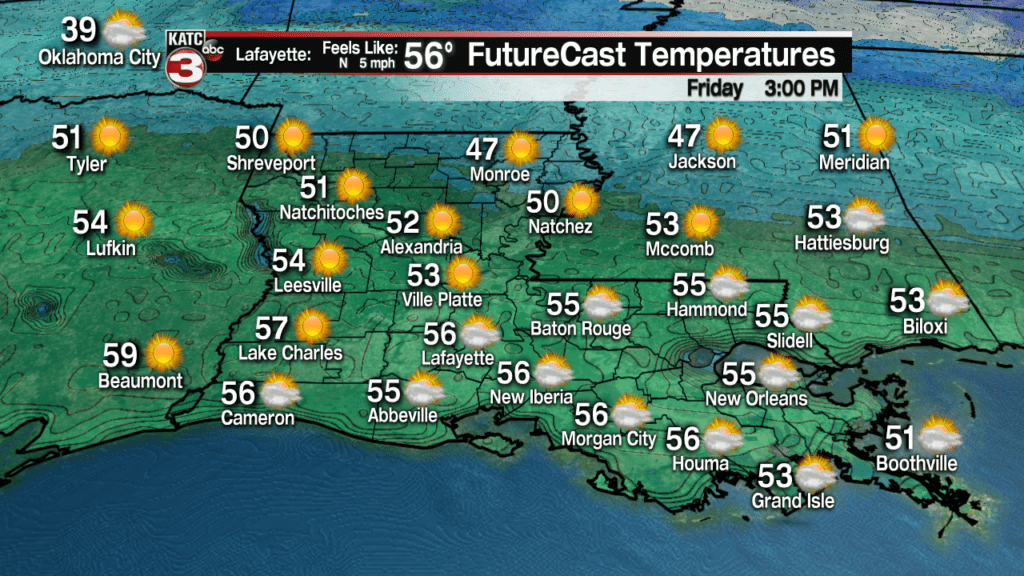 It shouldn’t be quite as cold Friday night into Saturday morning, but patchy frost will still be a distinct possibility. 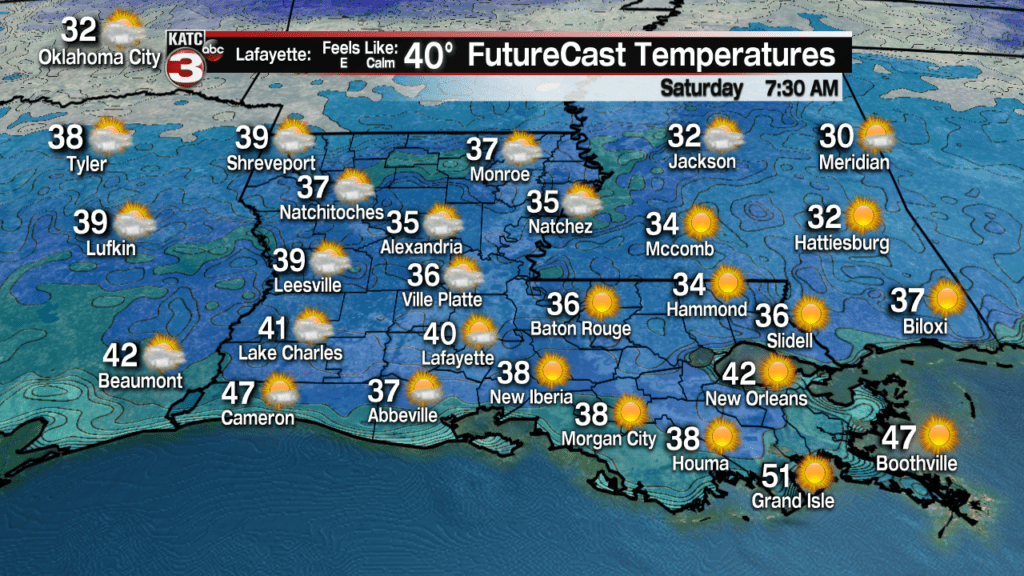 This weekend looks pretty nice too although a very weak frontal trough will fizzle out across the area leaving us with a mixture of sun and some high clouds along with slightly milder temperatures.

Highs Saturday will approach 60 and Sunday will be pushing the mid-60s. 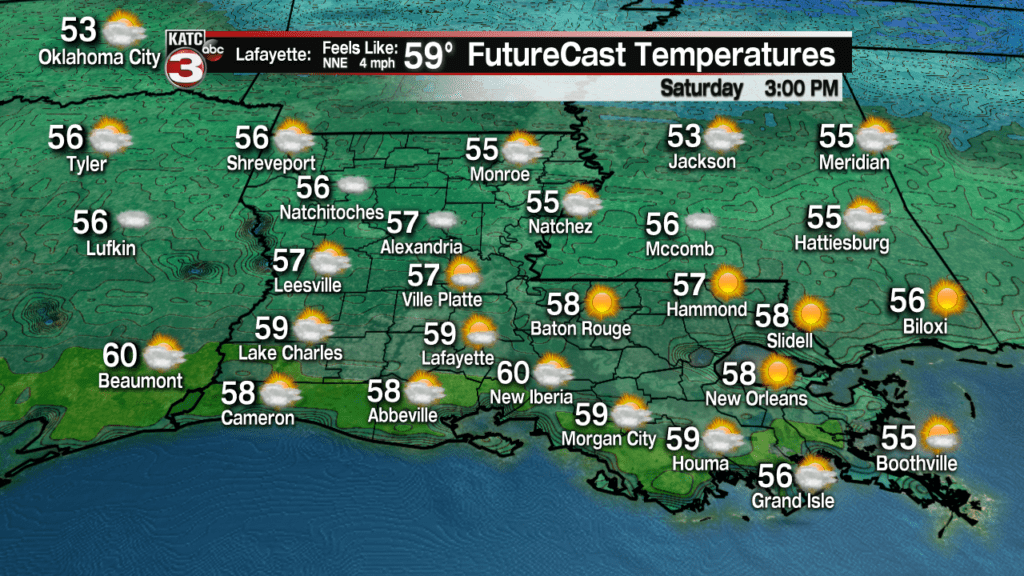 Moving into next week it will get more “interesting” as the tail end of an arctic front sweeps through the area Tuesday.

This front should be preceded by milder temperatures, increasing clouds and some moisture (in the form of clouds, but staying dry) Monday.

Both the European and GFS Models sweep a cold front through the area early Tuesday accompanied by some showers late Monday night into early Tuesday, and perhaps some limited moisture behind the front that could switch over to a wintry mix of sleet and/or a snow flurry for a very brief period of time. 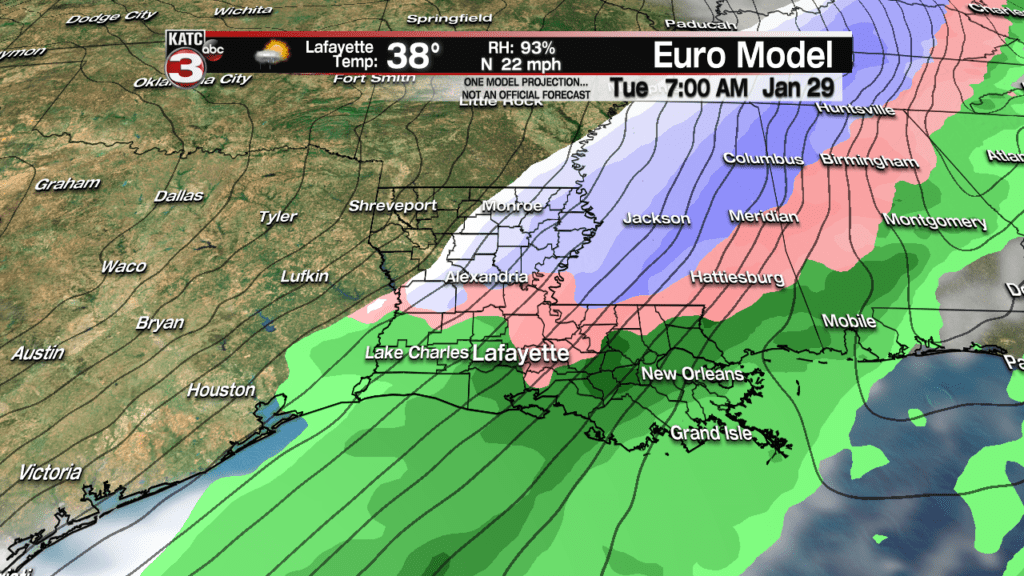 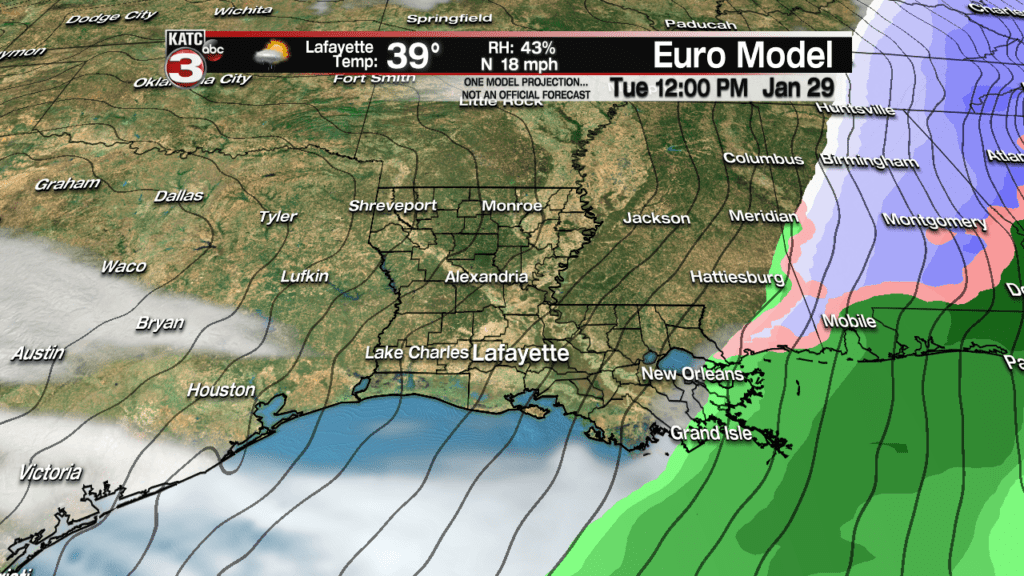 But before you get your hopes set too high, temperatures in the upper 30s to lower 40s will keep anything from sticking to the ground, nor should there be any travel issues whatsoever. 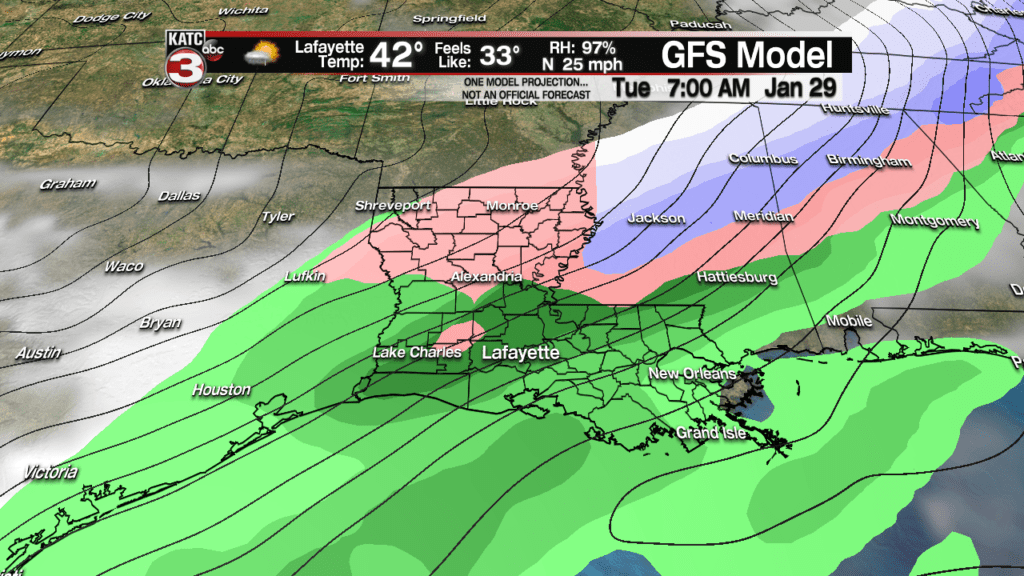 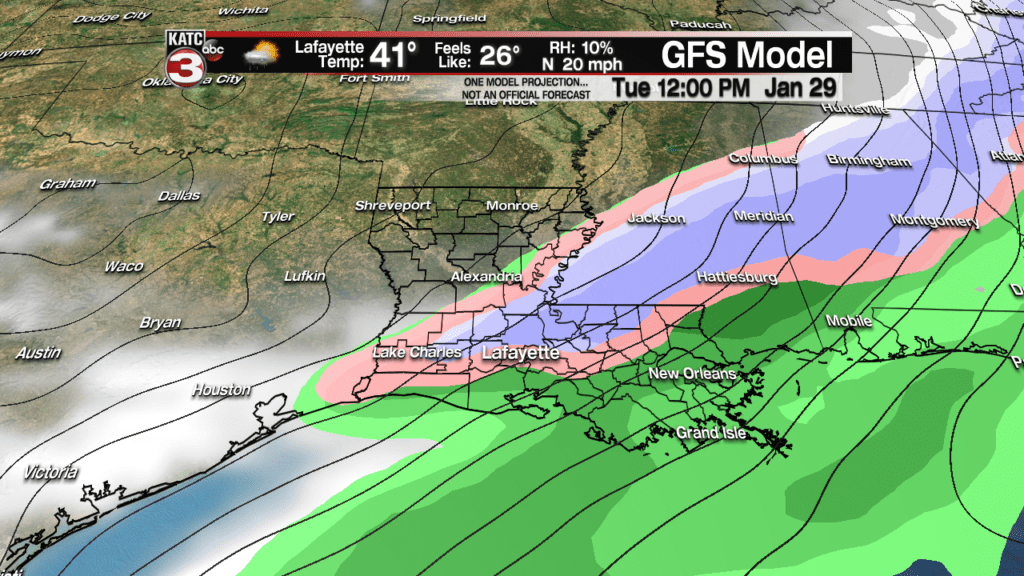 In all likelihood the window for a few snow flakes will be quite small early Tuesday, and this may be the only opportunity for this to occur locally this winter…we’ll see and keep an eye on the computer forecast model trends.

Following the front early Tuesday, skies will clear for late in the day with temperatures possibly getting into the upper 20s Wednesday morning…not pipe-busting cold, but it could be one of the colder mornings we may see this winter as well.

Highs Tuesday could be limited to the low to mid-40s.

Mostly cloudy skies and chilly temperatures (mostly in the 40s) may stay locked in for Wednesday before a moderating temperature trend with the chance of showers developing Thursday into next Friday.