Up and down temperatures and rain chances continue

Per usual in January, Acadiana will continue to experience up and down temperatures and rain chances this week with another strong cool front arriving Wednesday morning.

In the near term, expect milder temperatures overnight into Tuesday morning with readings rising from the lower 50s around midnight to the upper 50s by daybreak courtesy of breezy southeasterly winds.

A few passing showers will be possible by Tuesday morning, with a better chance of scattered showers through the midday hours as a warm front moves northward through the region. 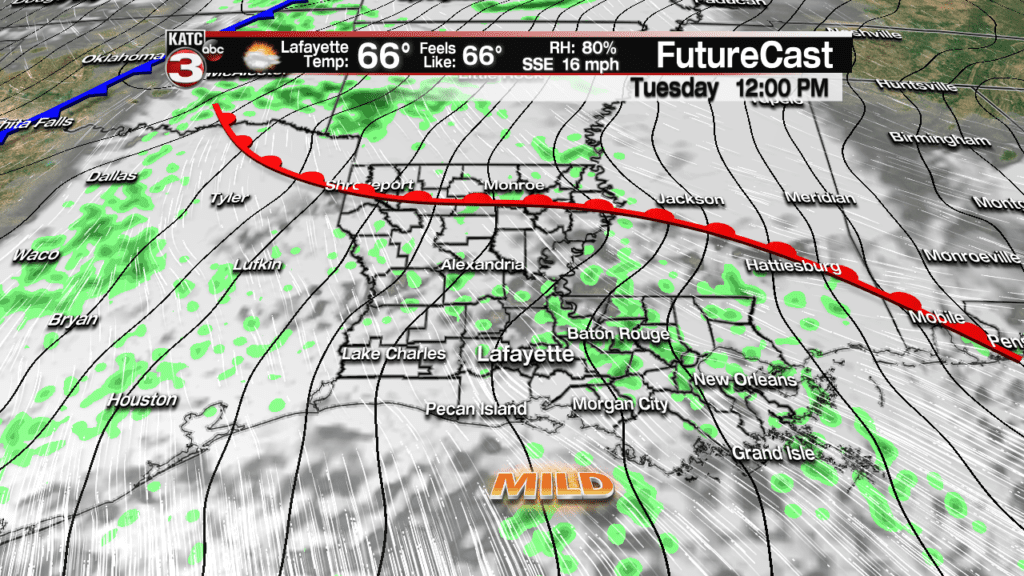 Breezy south-southeasterly winds will allow temperatures to rise into the upper 60s to near 70 Tuesday afternoon, but don’t get too used to the more comfortable temperatures… 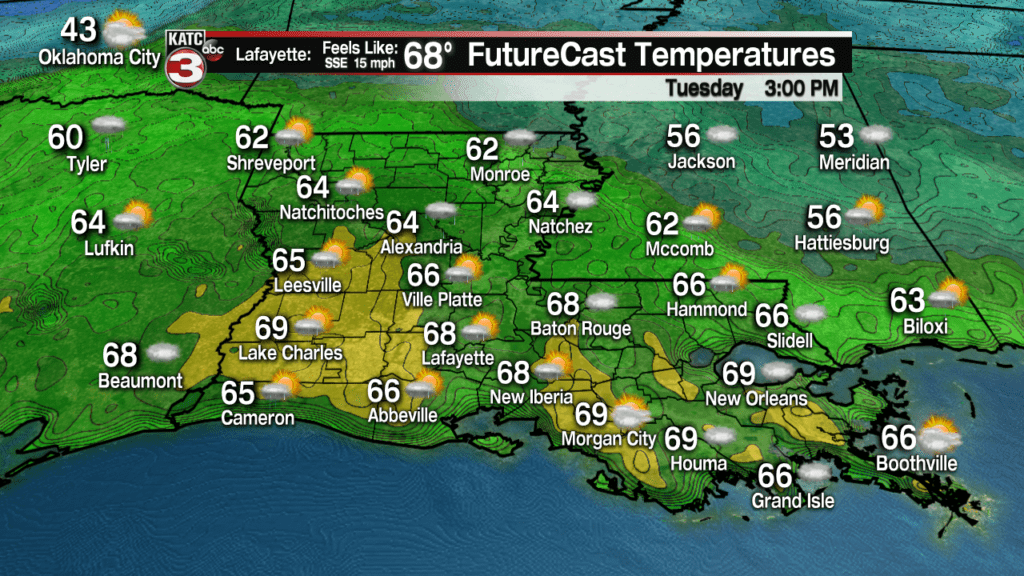 Another strong cool front will arrive near the dawn hours Wednesday with showers proceeding, accompanying and following the front through Wednesday afternoon. 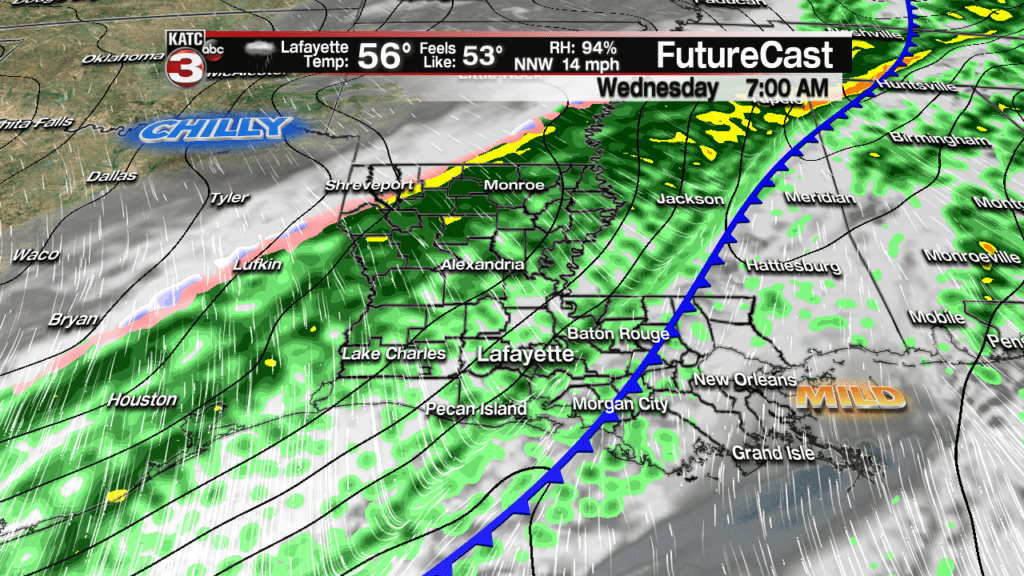 Rain chances Tuesday will be in the 40% range, but will rise to near 100% by Wednesday morning.

Wednesday’s rains should be mostly light to moderate, but will become increasingly chilly rains as they slowly taper late Wednesday afternoon. 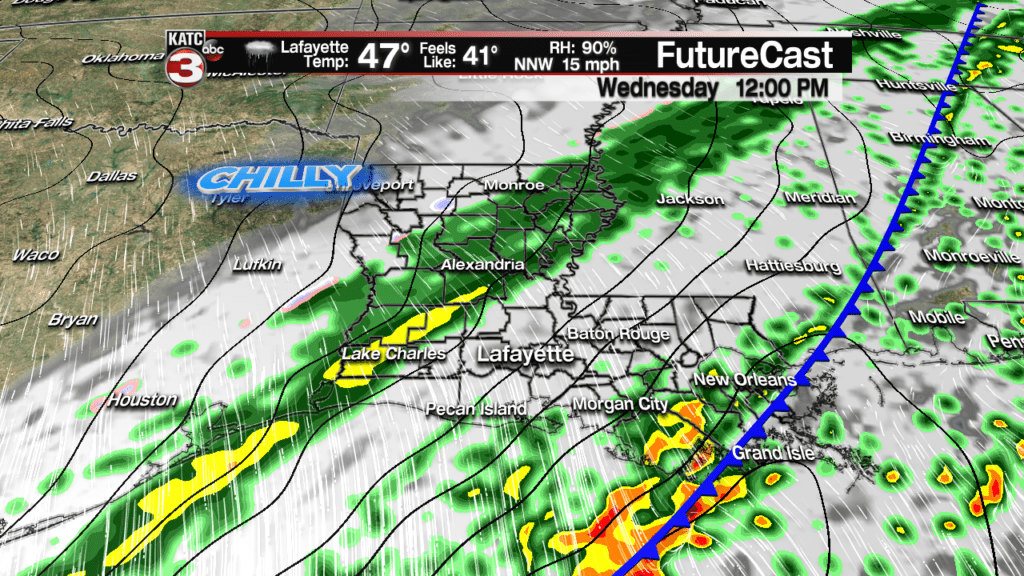 Most models are calling for rainfall generally less than an inch. 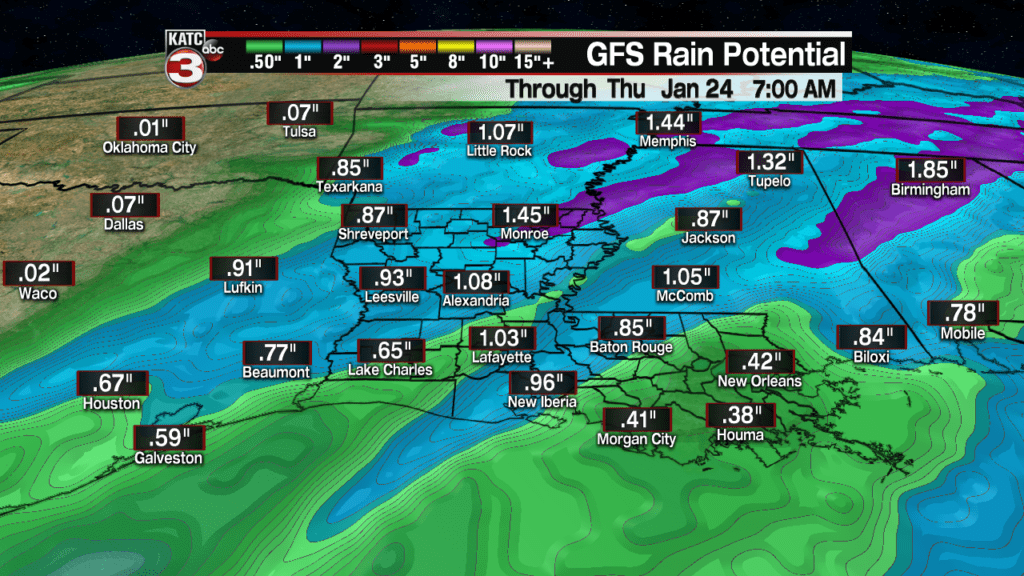 Temperatures Wednesday will start out in the mid-60s very early in the day but will likely drop into the 40s for the afternoon. 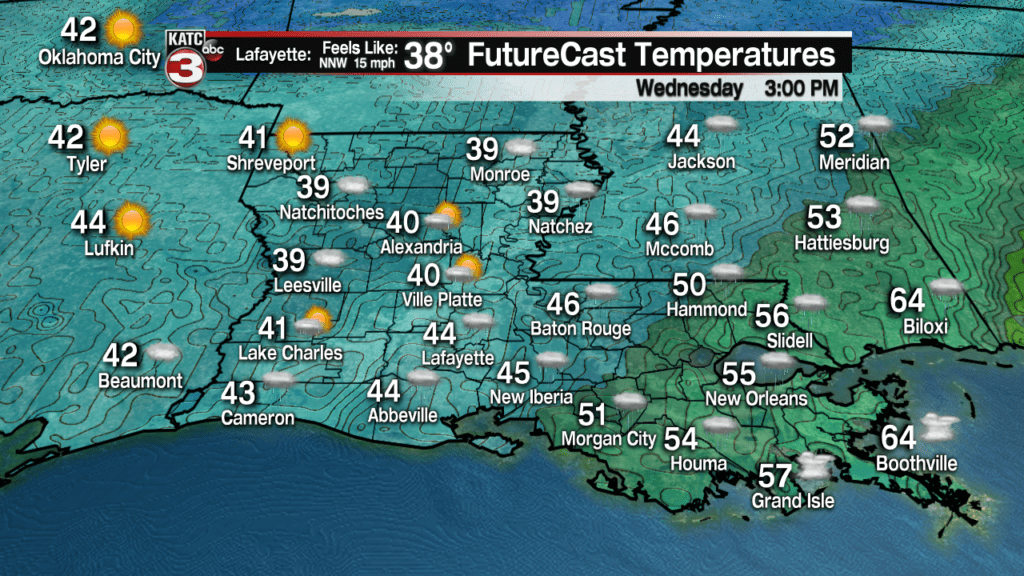 Clouds will clear out by early Thursday with a couple of mostly sunny and cool days to finish the week.

The longer range models unfortunately remain at odds on the weather pattern for the weekend beyond with not much agreement nor run to run consistency. 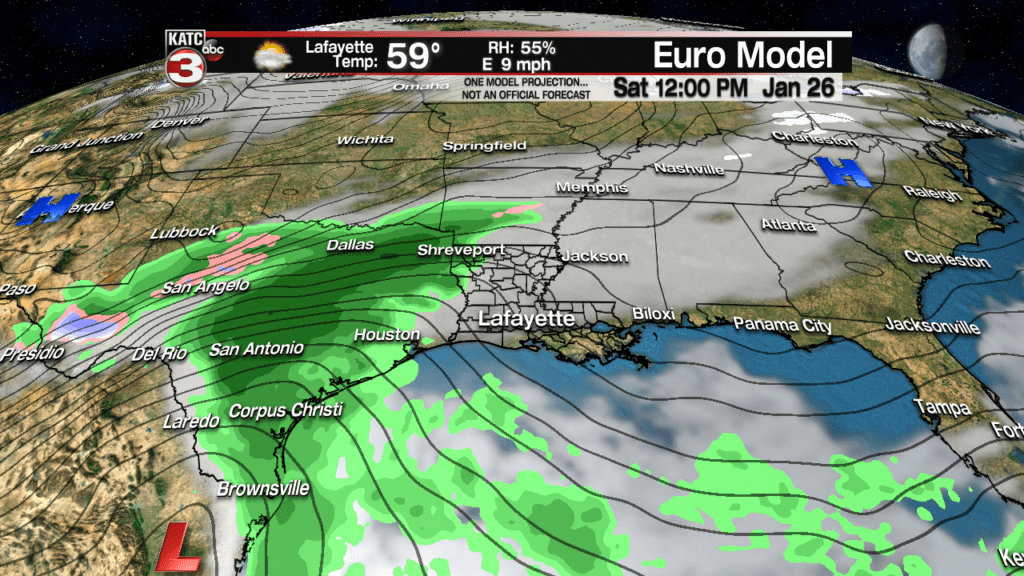 So for now, we’ll assume that the Euro Model is our best forecast solution offering up clouds with some periods of rain developing late Saturday and into Saturday night, with a return of partly sunny skies on Sunday. 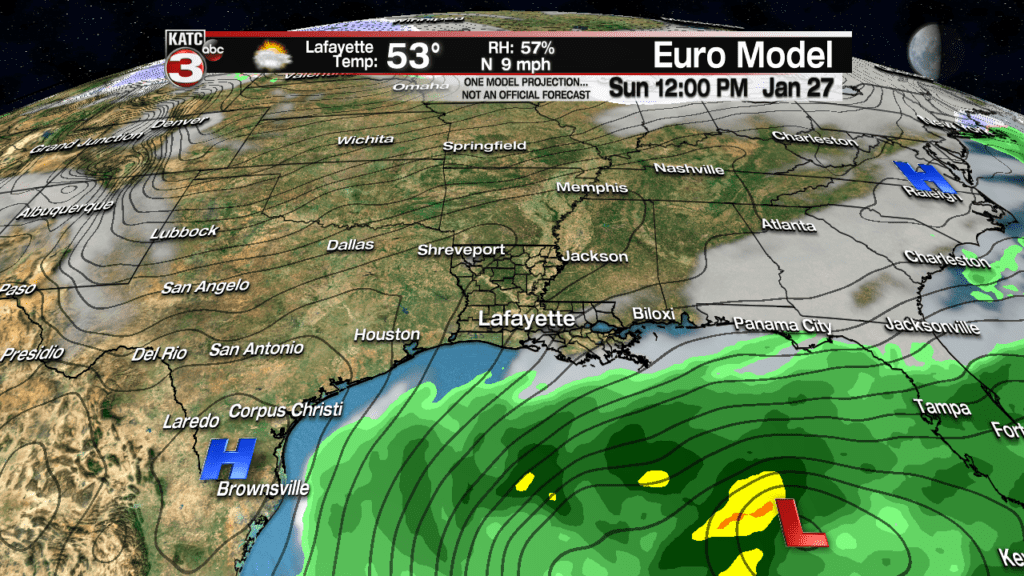 Beyond the weekend, the models show up to a 40 degree temperature spread with the Euro on the cold side (20s and 30s mid-next week) while the GFS likes a much, much warmer pattern.

It should be noted though, that both models are showing the continued regularity of storms system through the end of the month into the first week of February, with storm systems accompanied by colder air that may be penetrating farther to the south…odds are, if we see any winter precipitation in Acadiana this winter, it might happen during this period…stay tuned.