In the wake of soaking rains of 2-5″ across most of Acadiana, drier air will begin to spill into the region through Friday.

The upper low guiding the surface system and the rains will be advancing across Northern Louisiana Friday allowing for a tricky forecast as to whether the clouds will clear and where that will occur. 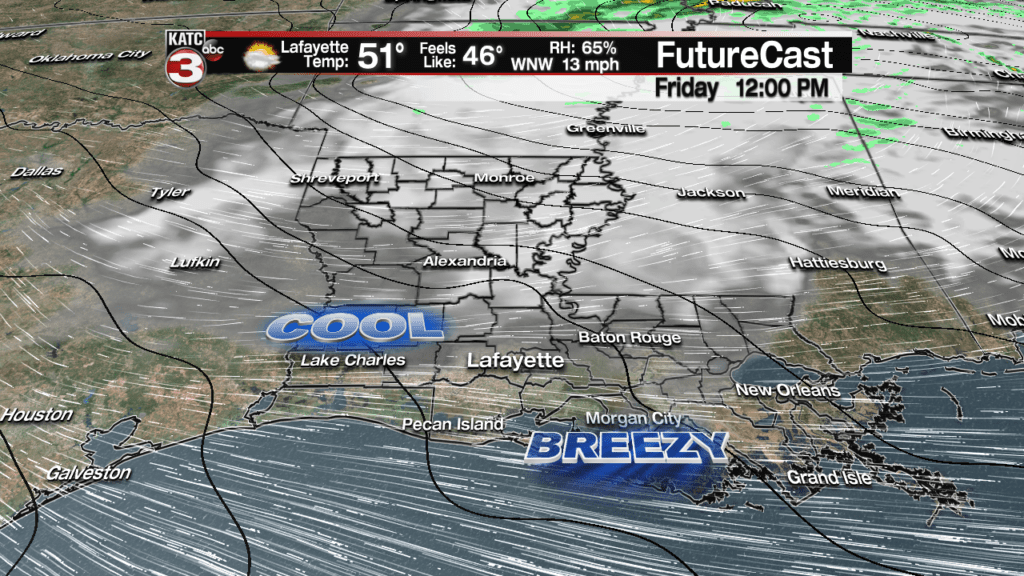 In the near term, after a break from the rains, there will probably be patches of drizzle or mist returning later tonight, but the threat of significant rains are over with.

Breezy westerly winds will usher in temperatures that will drop into the low-mid 40s by morning. 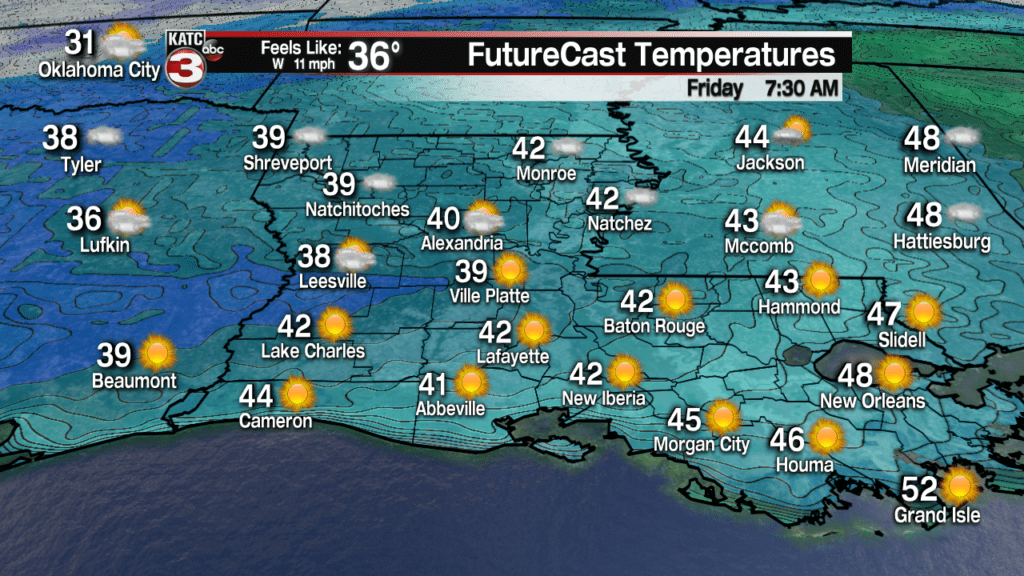 And because of the gusty winds, wind chills early tomorrow could drop into the mid-upper 30s.

Tomorrow will stay breezy and cool with clouds dominating most areas, especially along and north of I-10, while there could be intervals of sun farther to the south…plan on more clouds for now, and with breezy westerly winds and temperatures struggling to reach the low-mid 50s, it will be a rather chilly day. 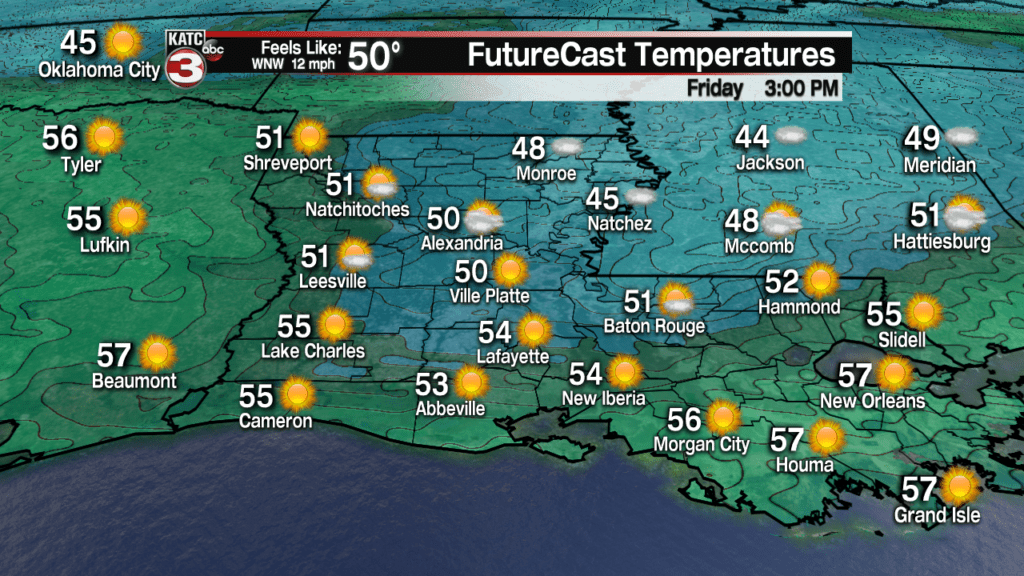 Skies definitively clear going into Friday night, and with light winds and temperatures and dew points dropping through the lower 40s, perhaps into the upper 30s, patchy dense fog could become an issue, in part thanks to our saturated grounds. 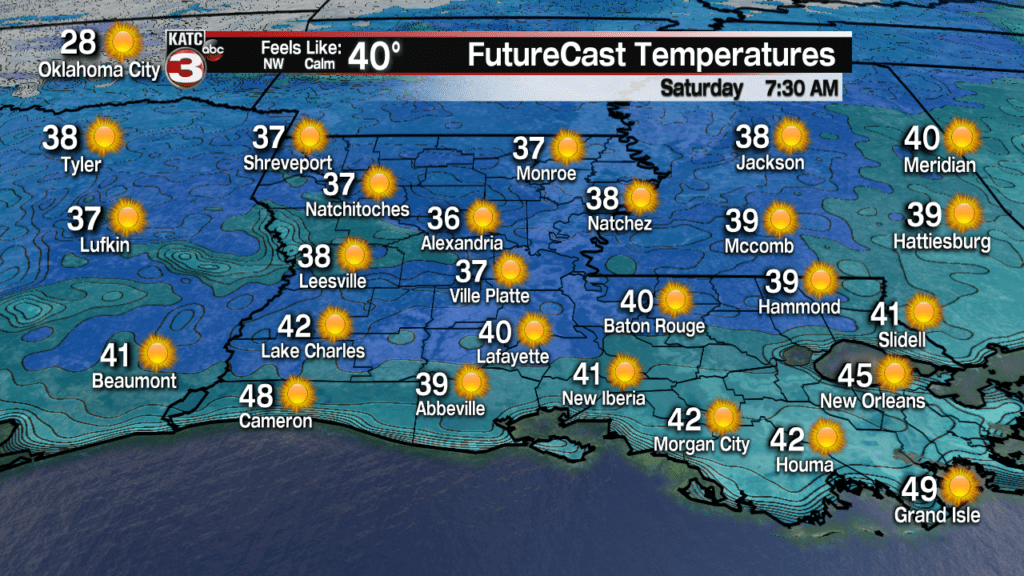 But if any fog were to develop through Saturday morning it would burn off quickly with sunny skies accompanied by milder temperatures reaching the low-mid 60s. 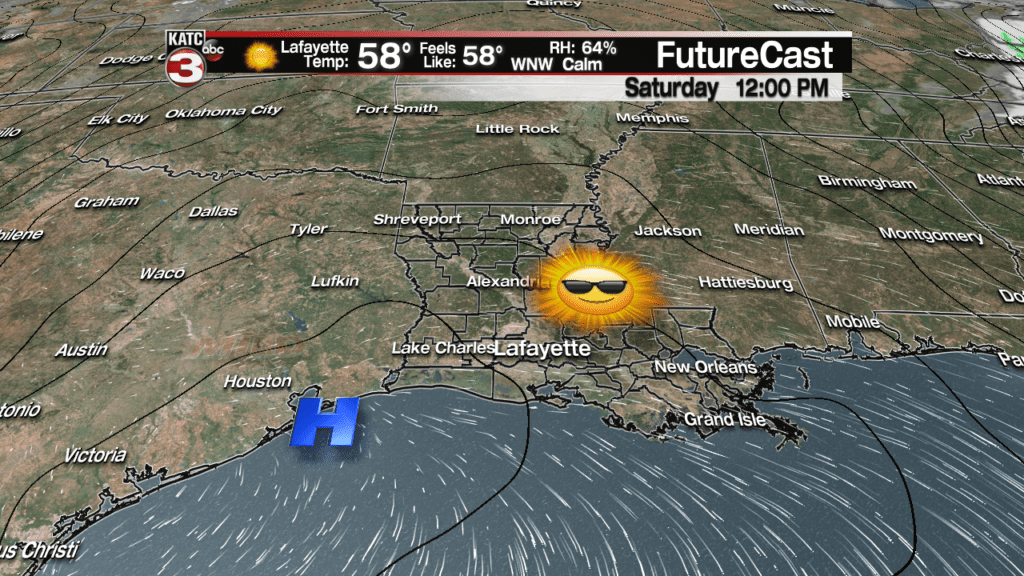 Sunday looks nice, except high clouds will be advancing back into the region dulling the sun into the afternoon.

Mostly of next week looks relatively quiet, and more importantly dry, but we will probably see plenty of high and mid-level clouds through mid-week, followed by a pretty good chance of rain and maybe some storms returning for next Friday.