Flood Watch for all of Acadiana, 2-4 inches possible

A Flood Watch is in effect for all of Acadiana through Thursday afternoon as several waves of atmospheric energy embedded in the sub-tropical jet stream will produce periods of rain, which could become heavy at times into Thursday. 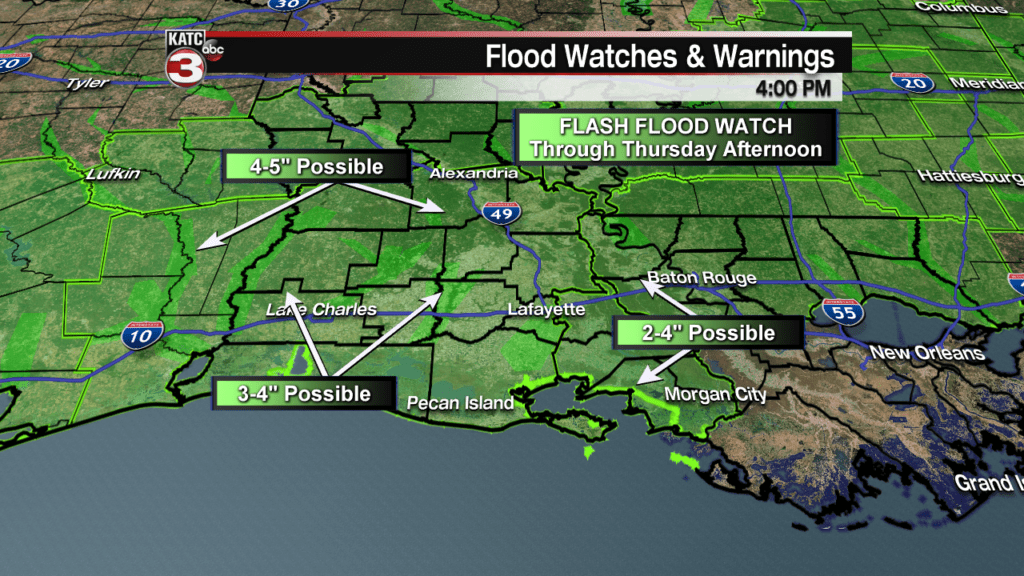 The first atmospheric impulse will allow the “on and off” showers through Wednesday evening to become steadier overnight toward daybreak Thursday.

The rain will likely be widespread across the area with near 100% coverage expected Thursday morning.

An area of low pressure will then advance northeastward out of the Gulf of Mexico into Louisiana Thursday afternoon/evening helping to create more atmospheric lift and produce locally heavier rainfalls. 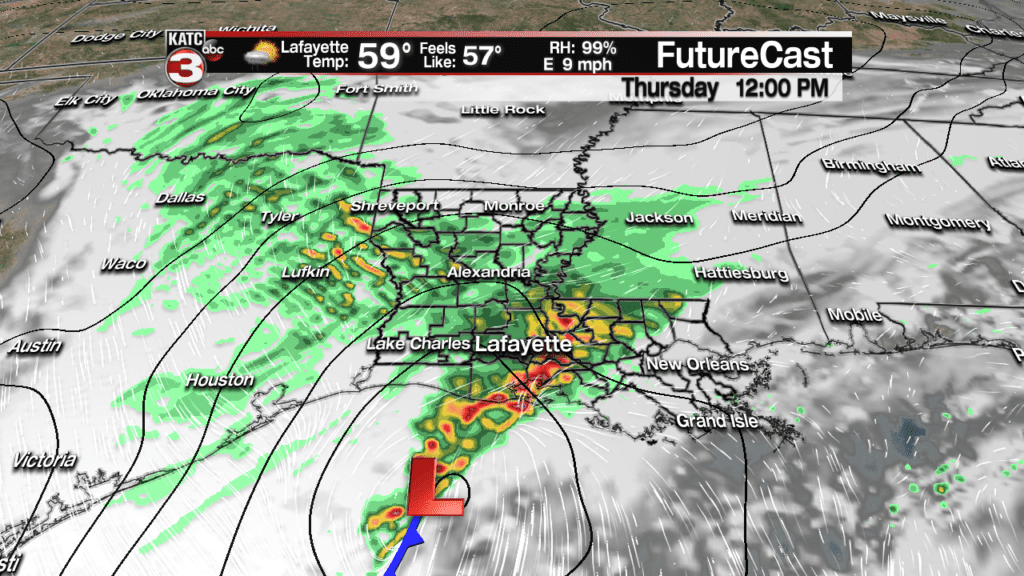 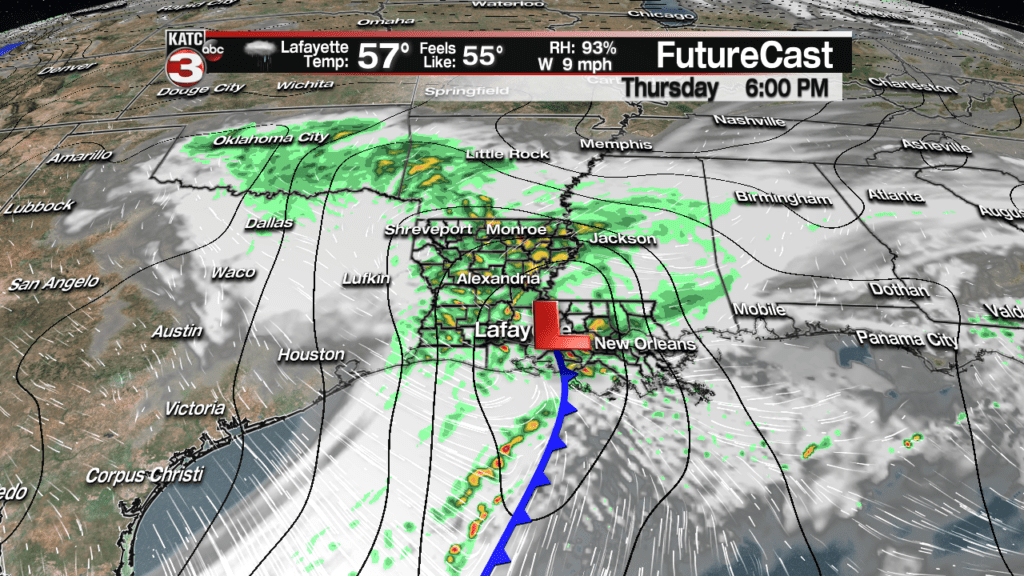 Model estimates for rainfall fall right in line with National Weather Service expectations with an inch or two possible through daybreak Thursday morning, especially for northern and western sections of Acadiana.

Then expect another inch or two most other areas Thursday into Thursday evening.

Because of the recent wet pattern, rain rates will be the most important factor rather than rain totals…if, when and where rainfall rates begin to approach 1-2″ per hour, is likely where the risk of flooding will be the highest.

For now, plan on “ponding” on roadways with localized street flooding possible, especially developing during the day Thursday. Stay with KATC for the latest…

In the near term, A Dense Fog Advisory is in effect through 6 am Thursday, mainly for eastern-most portions of Acadiana where the rain will be the least and winds will be the lightest. 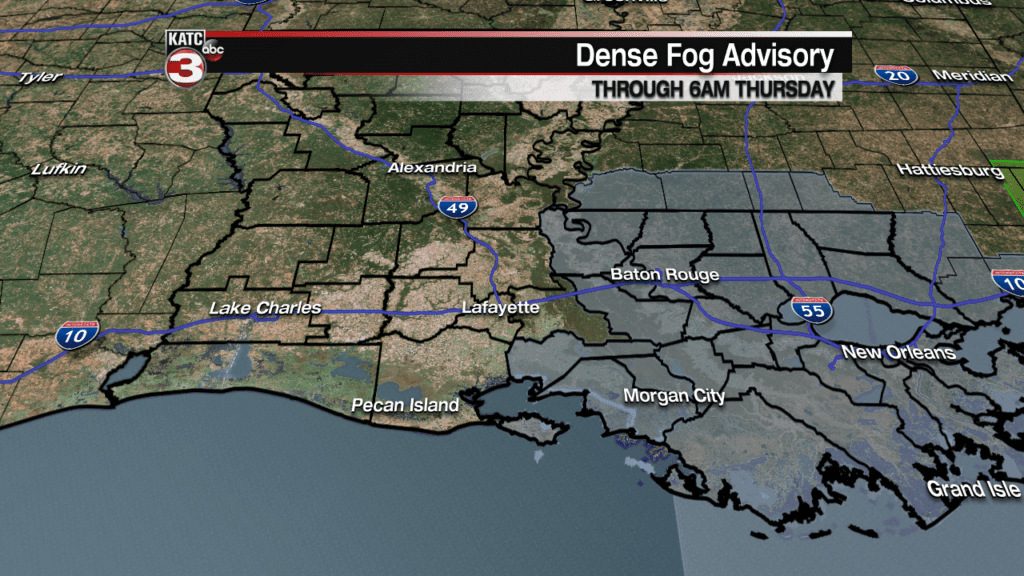 Mercifully, the rain will give way to drizzly conditions Thursday night with lingering clouds, breezy and cooler weather advancing into the area Friday. 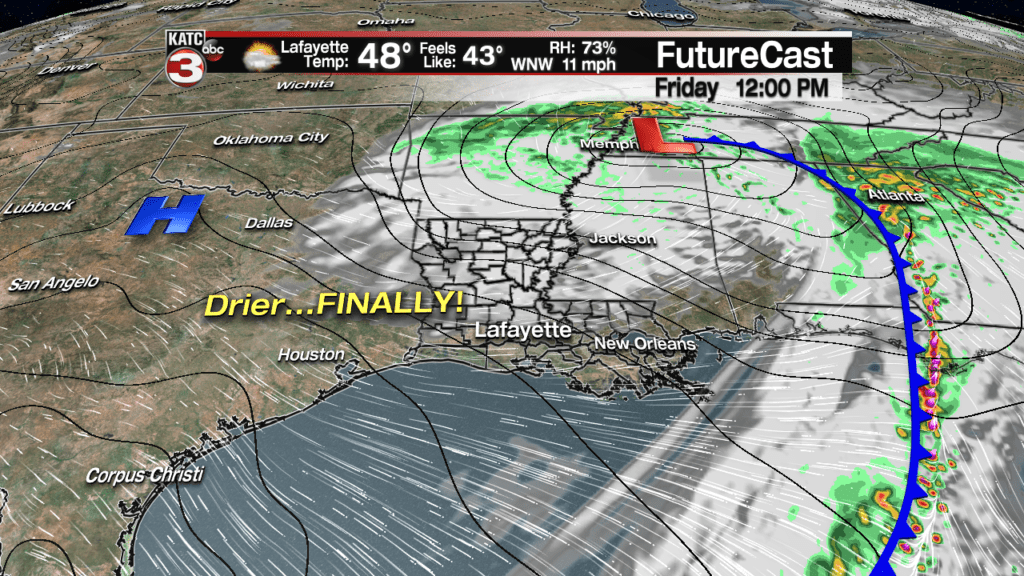 Expect temperatures to stay in the chilly 50s through Thursday, dropping into the lower 40s Friday morning. 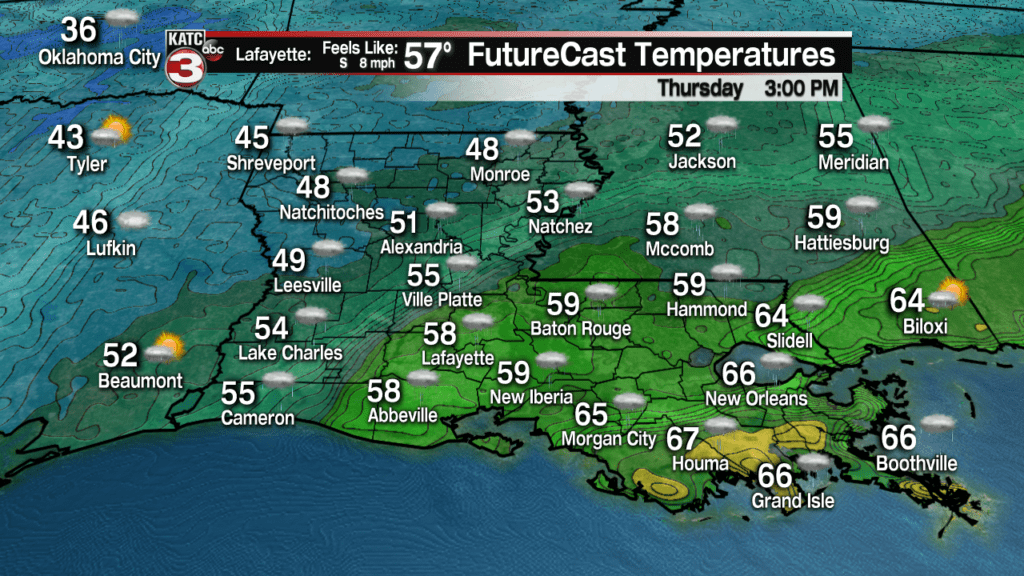 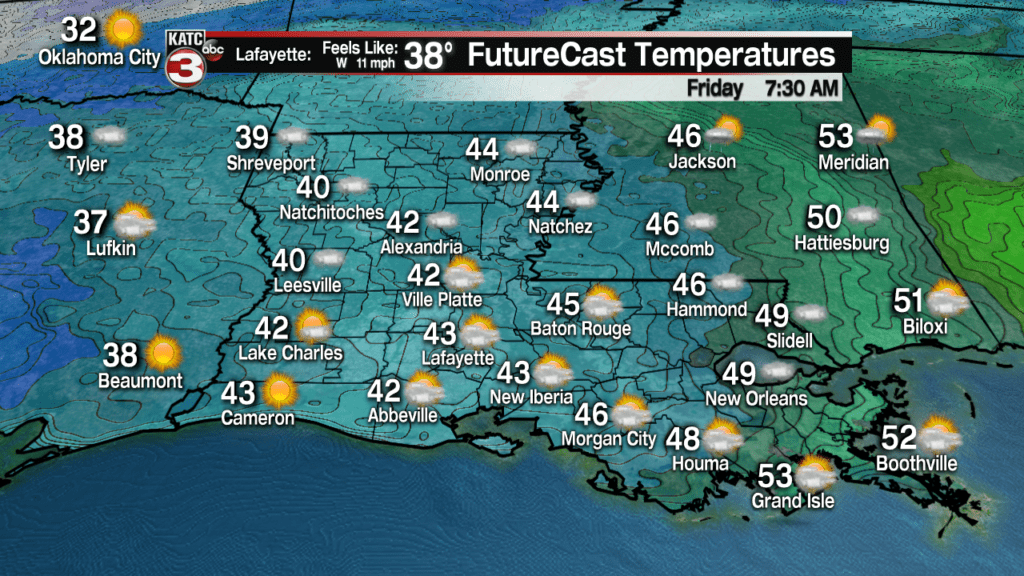 Clouds will gradually thin out from west to east Friday, but may stay locked in to classify the day as mostly cloudy…but it should clear into Friday night.

Highs Friday will likely be in the lower 50s with a blustery northwest winds yielding wind chills in the 40s the entire day. 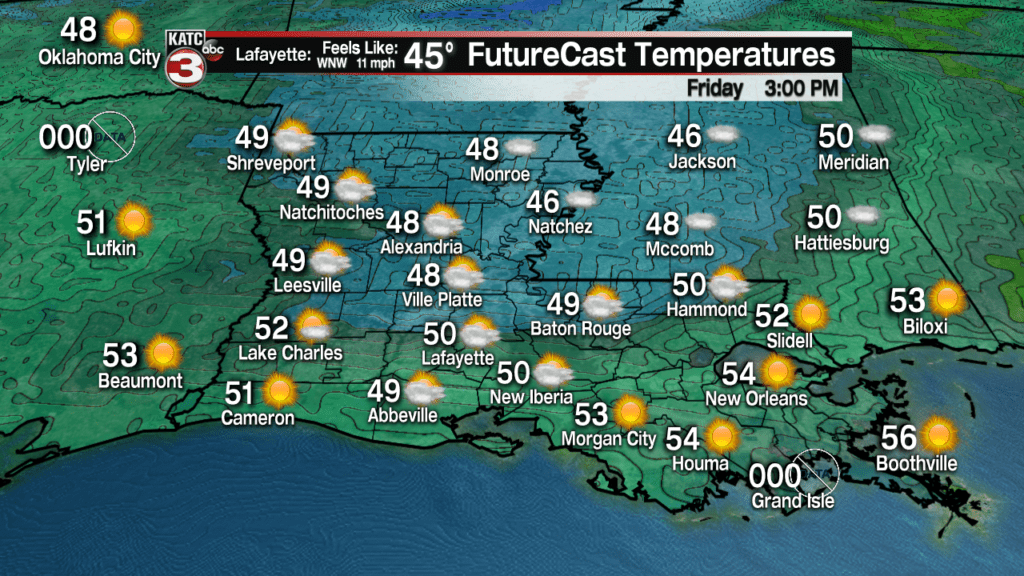 The forecast for the weekend is finally looking brighter with the first appearance of full sun for 2019 coming Saturday, with partly sunny skies anticipated Sunday.

Look for chilly temperatures Saturday morning in the mid-upper 30s to rise nicely into the low-mid 60s for the afternoon…and readings should push the mid-upper 60s Sunday afternoon.

Showers could return for late Monday night/pre-dawn Tuesday but the next weather system looks short-lived with more sunshine expected for the mid-week period of Tuesday through Thursday.