JUST IN: UL student in critical condition in off campus shooting
Weather

Acadiana’s skies will gradually cloud up through Wednesday ahead of a weather system that will bring rain and storms to Acadiana Thursday.

In the near term, while it will be chilly again overnight across the area, temperatures will be milder than the freezing temperatures we experienced Tuesday morning. 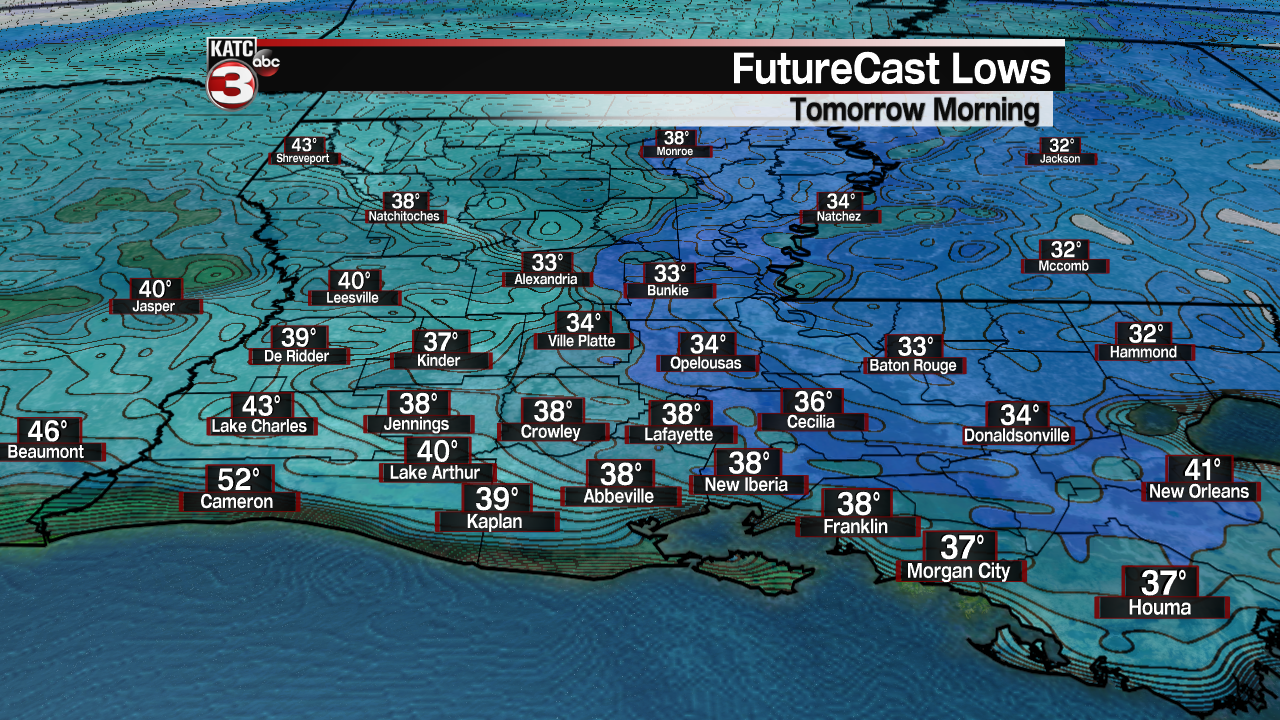 High clouds advancing from the west combined with a light southeasterly flow of winds will likely hold temperatures in the upper 30s across the I-10 corridor of Acadiana, while the northern portions of Acadiana could see temperatures drop into the low to mid 30s…cold enough for the possibility of patchy frost for some. 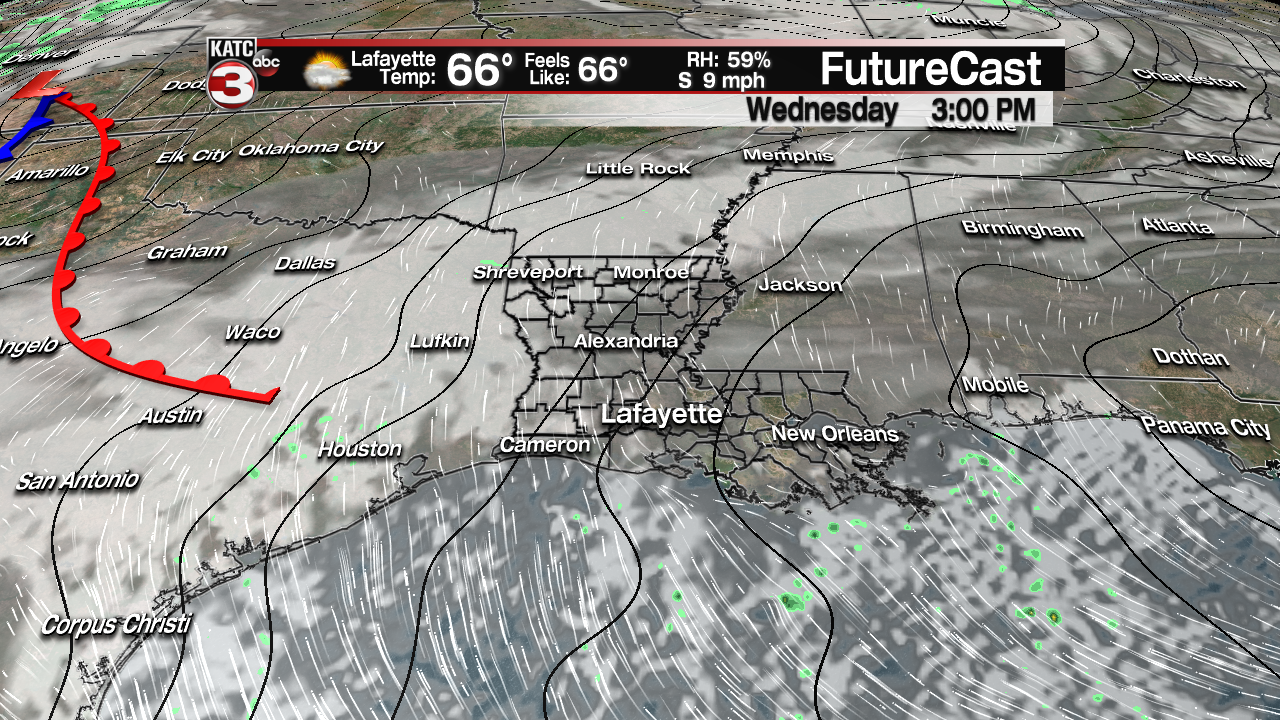 Heading into Wednesday, after some dull sunshine earlier in the day, high clouds will continue to thicken ahead of a storm system that will be advancing into the region Thursday.

Temperatures will be milder courtesy of breezy southeast to south-southeast winds with highs reaching the upper 60s in most areas. 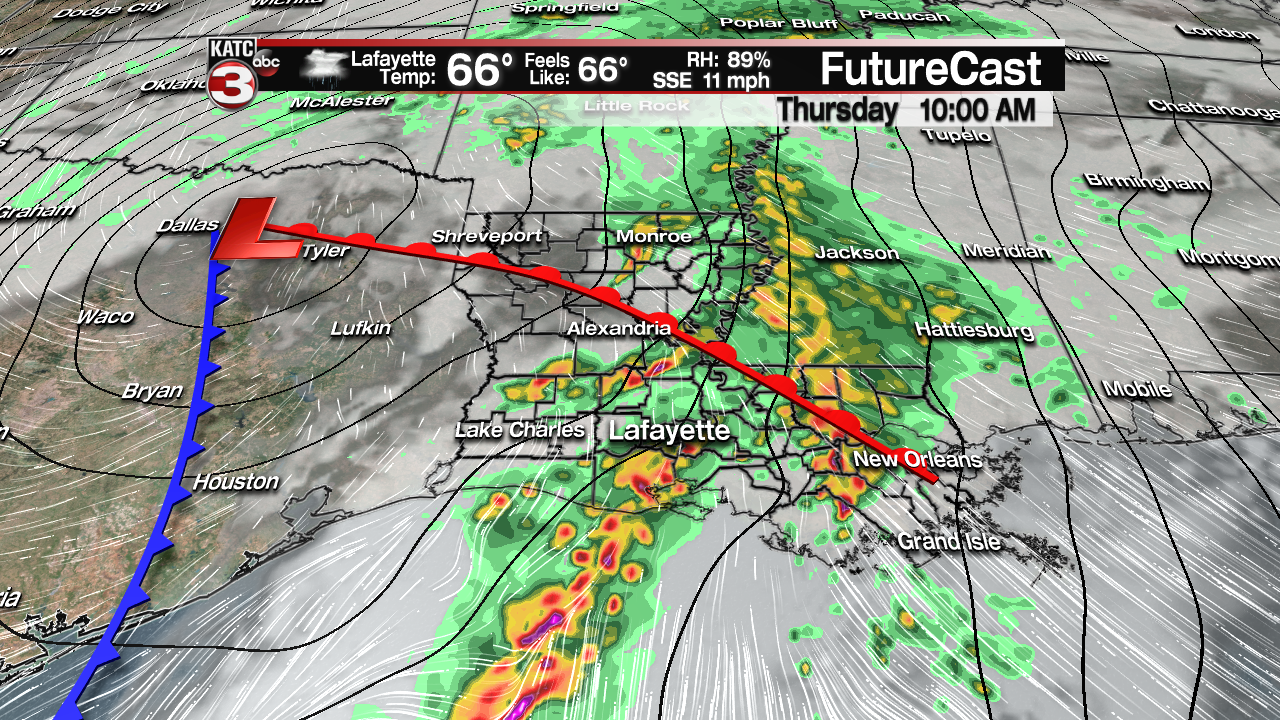 Moving into Thursday look for a 60% chance of scattered showers to develop during the pre-dawn hours, with rain chances increasing to 100% during the mid-morning…rains should begin to end by the latter part of the afternoon.

The bulk of the rains could end as early as mid-afternoon Thursday opening the door for the possibility of temperatures reaching 70 degrees before sharply cooler air moves into the region Thursday night.

Rainfall is not expected to be an a big issue with this system with all model guidance in between 1/2 inch to isolated areas of 2 inches. 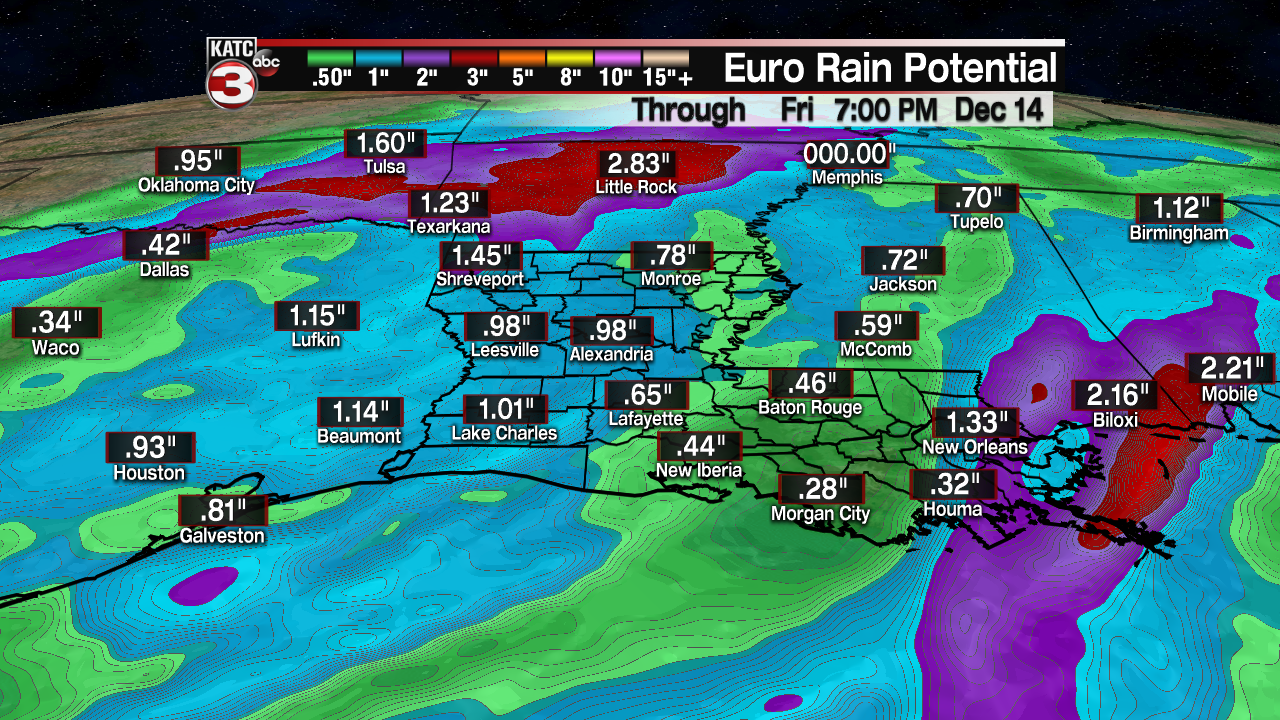 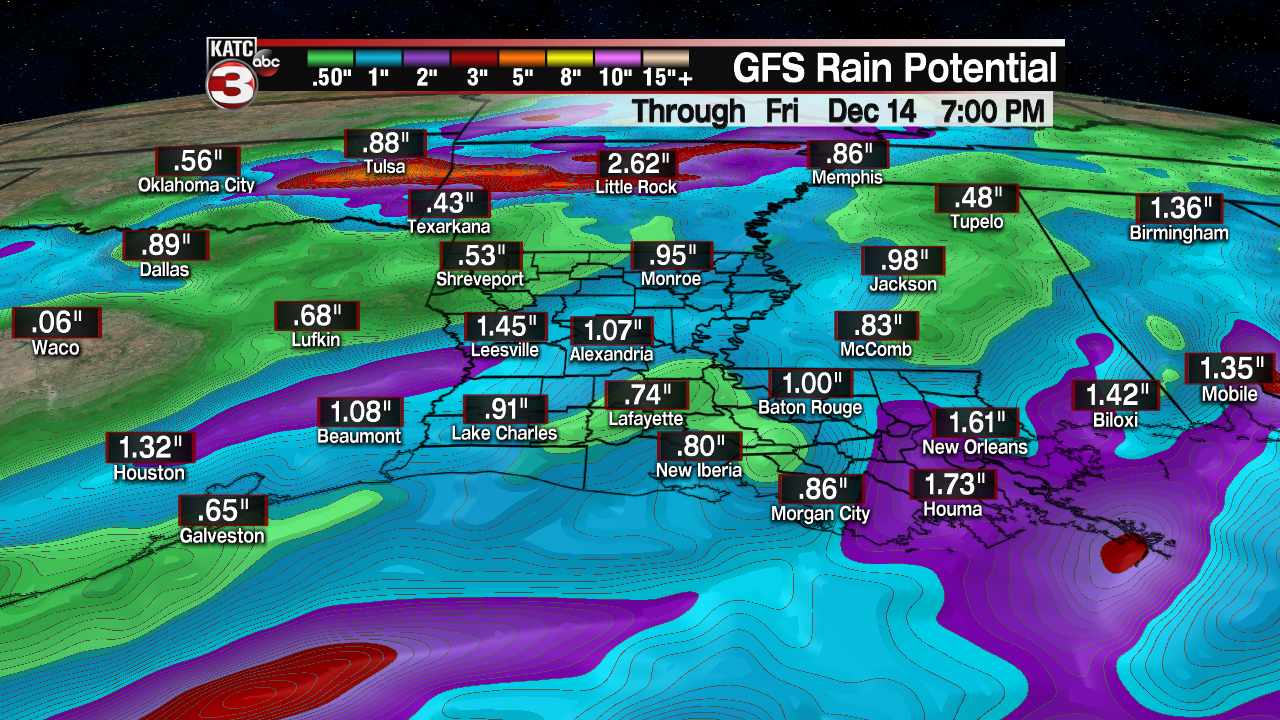 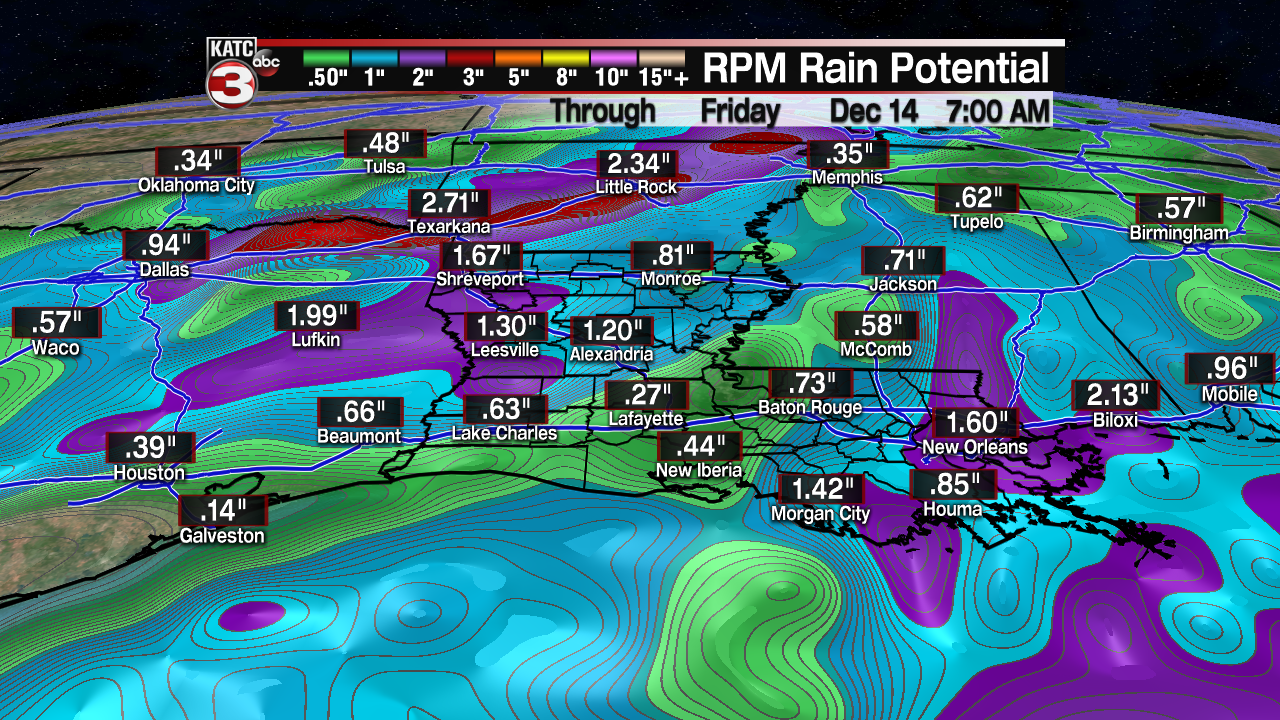 Meanwhile, the Storm Prediction Center (SPC) does have all of Louisiana hatched in for a marginal risk (level 1 out of 5) of a few severe storms Thursday. 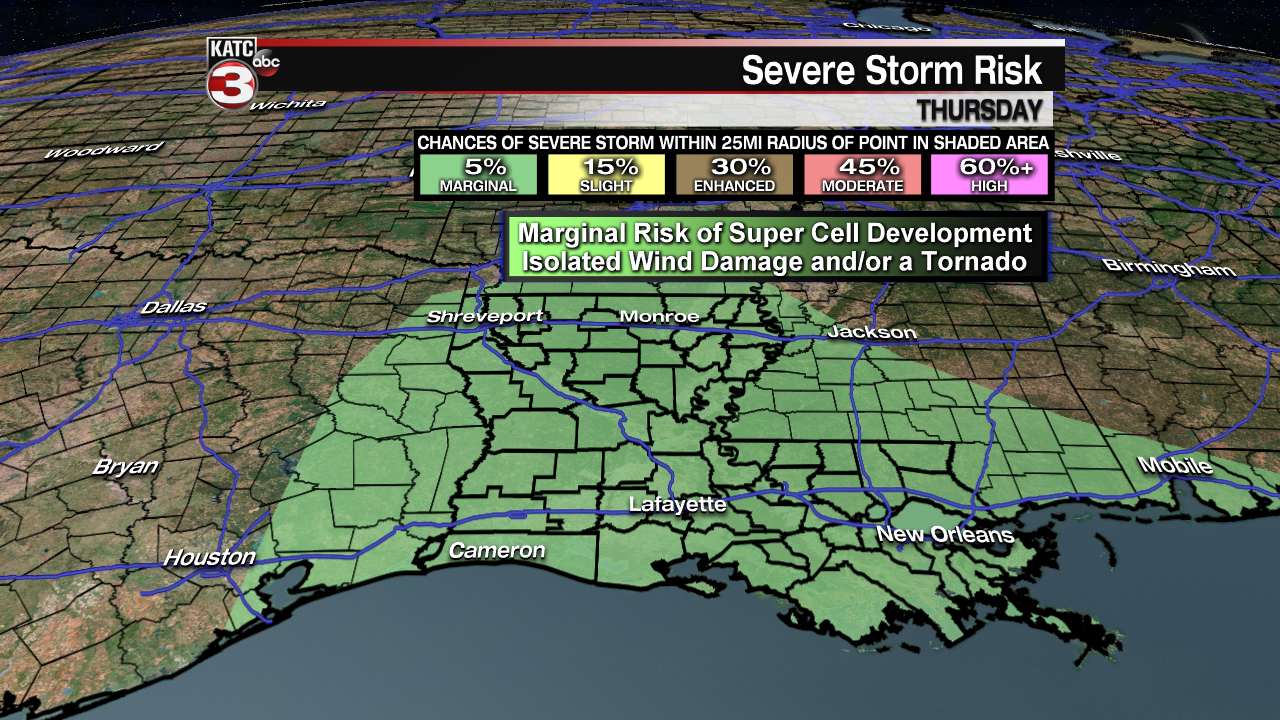 And per the SPC, there may be the opportunity for a few super cell thunderstorms to develop that could produce damaging winds and/or an isolated tornado…but very much like this past Saturday’s weather system, while the upper wind dynamics are expected to be quite robust, the lower level instability (or lack of thereof) may keep storms from rooting into severe weather modes.

Some small hail could be possible as well with stronger storms Thursday.

And like the last weather system to impact the area, the upper low portion of this next weather-maker will lag behind the system for at least a day, meaning clouds, breezy and chilly conditions are likely in store for the area Friday. 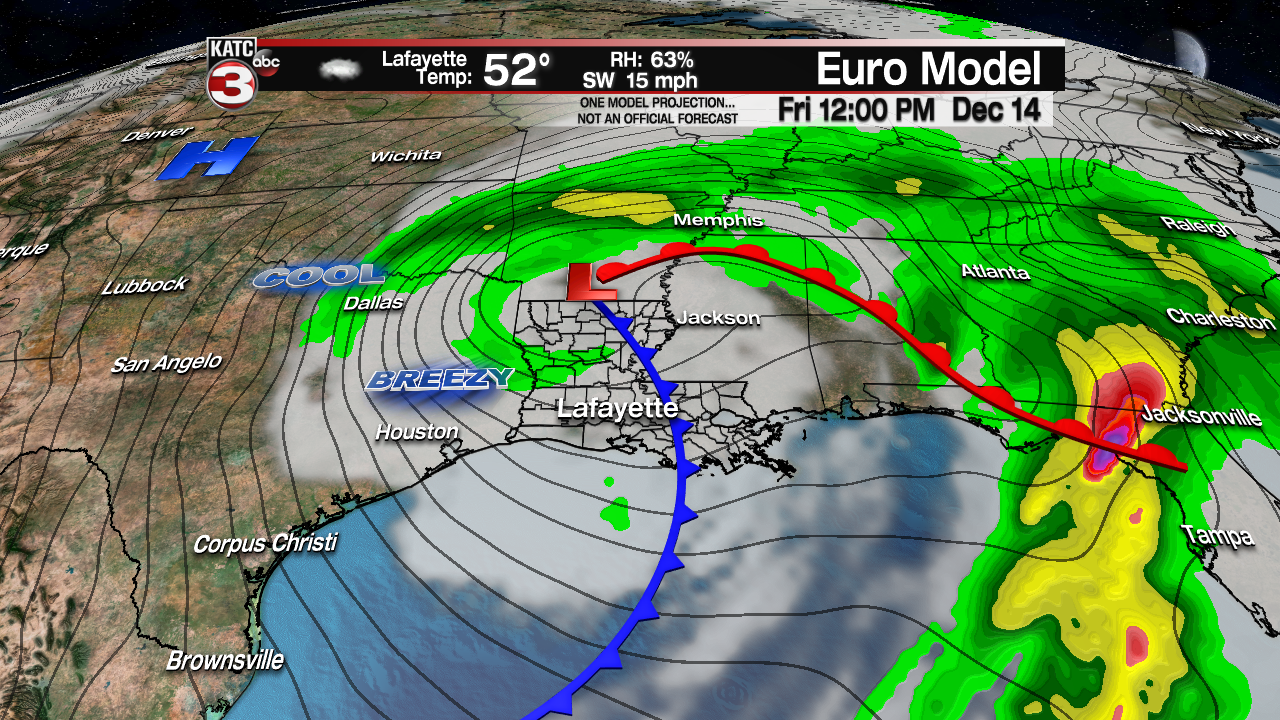 Temperatures Friday could stay in the 40s all day, and with the upper low close by, there will be the chance of patchy light rain and/or drizzle.

The weekend looks cool and dry but there may still be a fair but of cloud cover in the region. 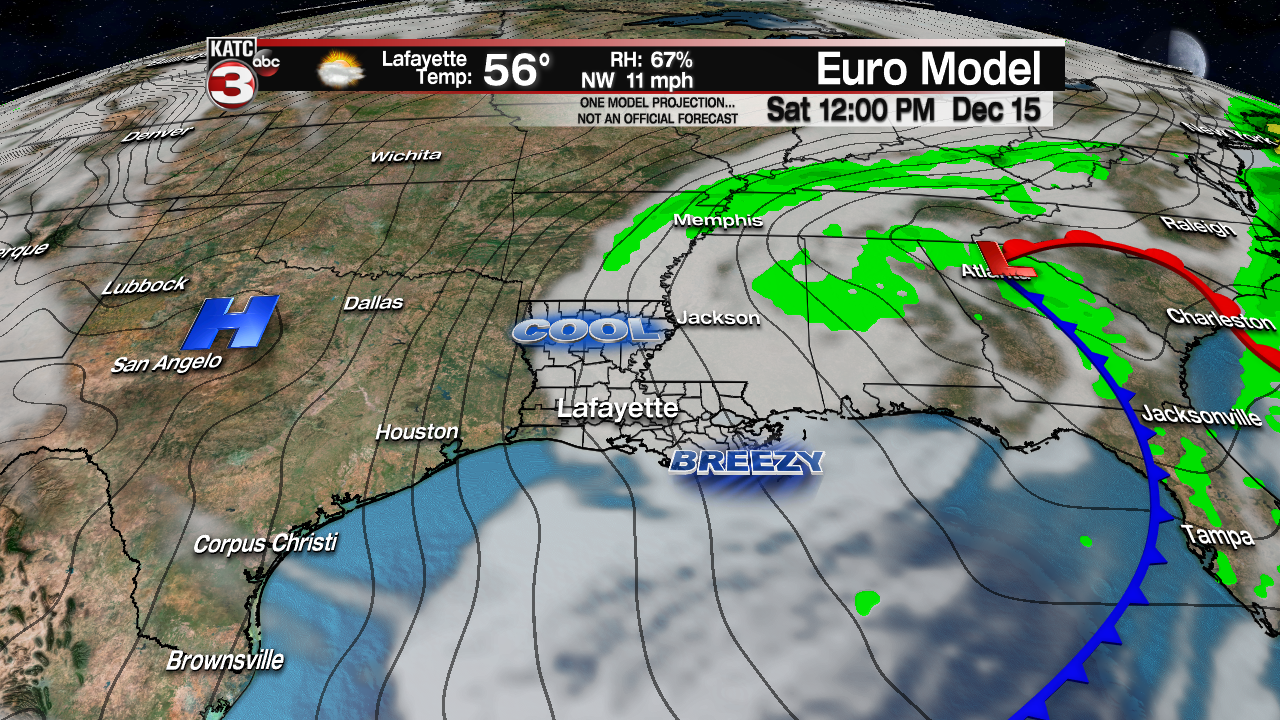 Look for temperatures to remain seasonably cool with highs in the upper 50s Saturday and low to mid 60s Sunday, while night time lows dip into the lower 40s. 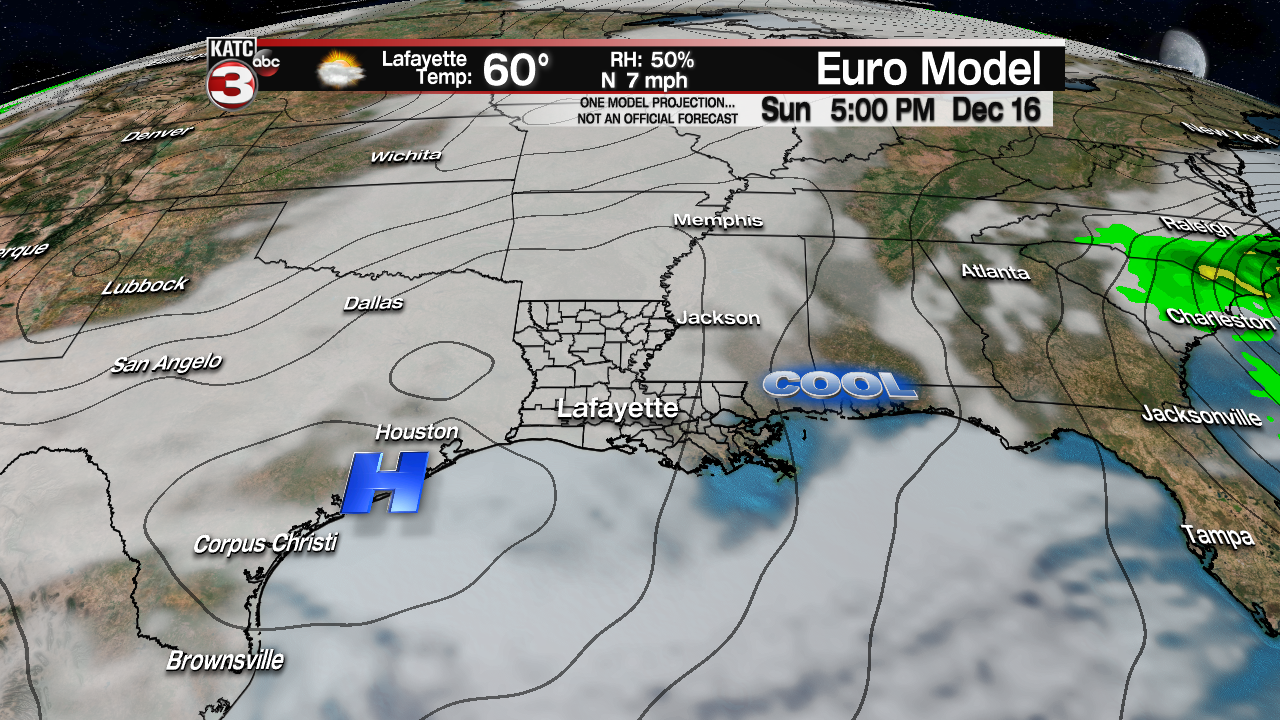 The weather pattern may stay rather sedate for the bulk of next week with seasonable cool temperatures accompanied by some in and out cloud cover.