After one more chilly night and morning, milder temperatures along with increasing cloud cover are in the weather cards for Acadiana Thursday into Friday.

In the near term, in spite of some high clouds moving in from the west through daybreak Thursday, temperatures will drop into the “frost-potential-zone” of the mid-upper 30s to near 40 with light to nearly calm winds…so it would be wise to keep the plants covered just in case. 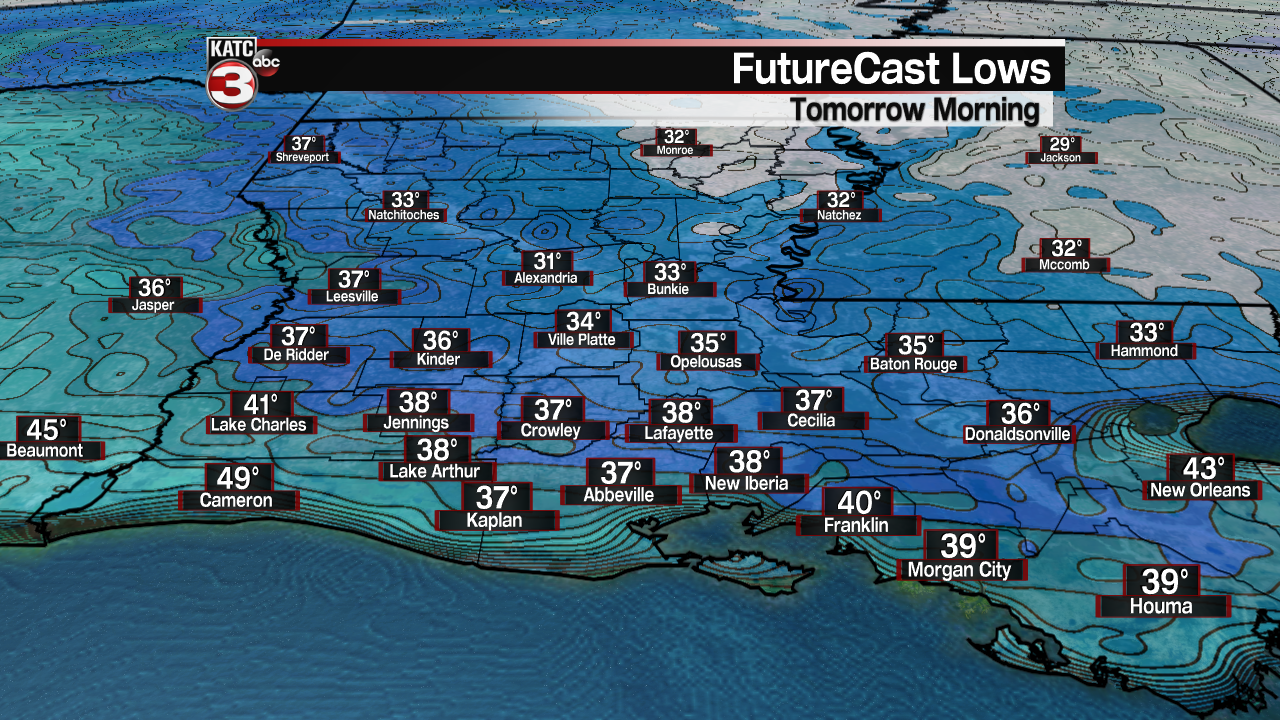 But with that being said, if high clouds are thick enough, we could see readings a few degrees warmer than the FutureCast Low Temperatures indicated above.

High clouds will increase through our Thursday with dull sunshine yielding to cloudy skies during the afternoon. 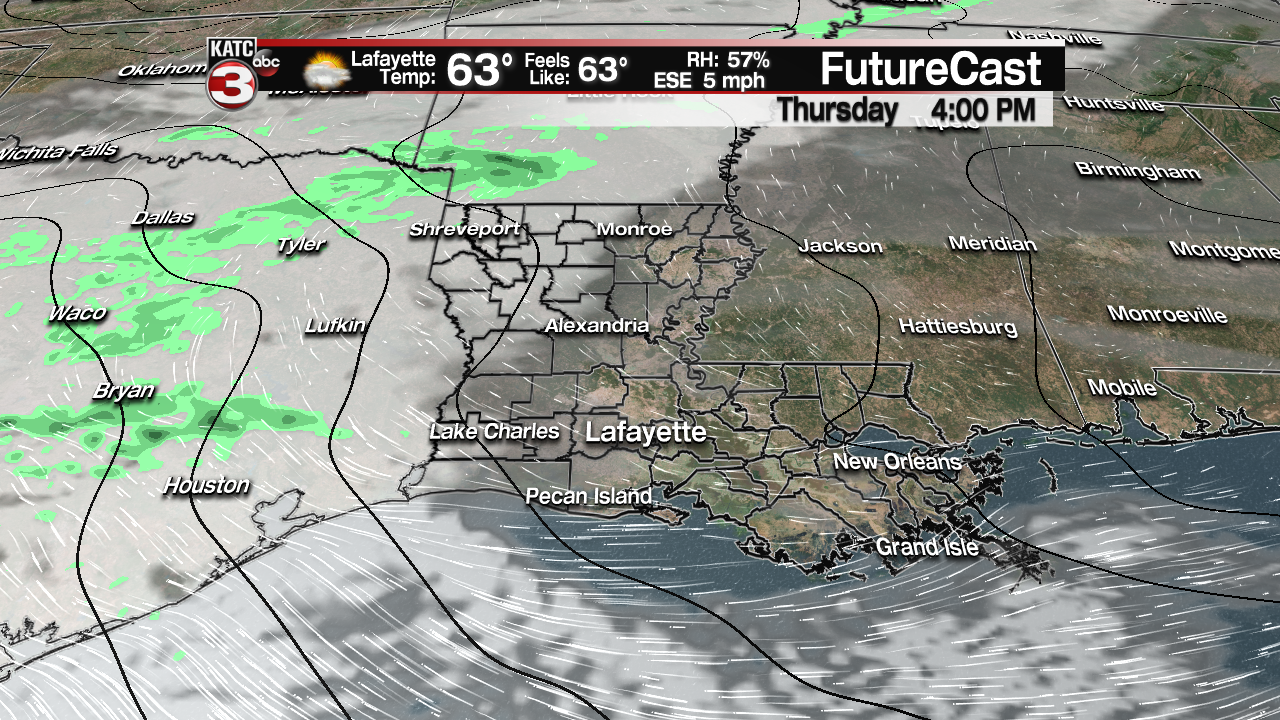 Temperatures will be milder Thursday, in the low to mid 60s, thanks to winds turning east-southeasterly during the afternoon.

Temperatures Thursday night into Friday morning will be milder with lows staying in the upper 40s to lower 50s.

Acadiana’s next big weather-maker will be taking shape as a storm system currently poised off of the California Coast, will roll out of the Southwest Thursday into Friday inducing surface low pressure development in the Western Gulf Friday night. 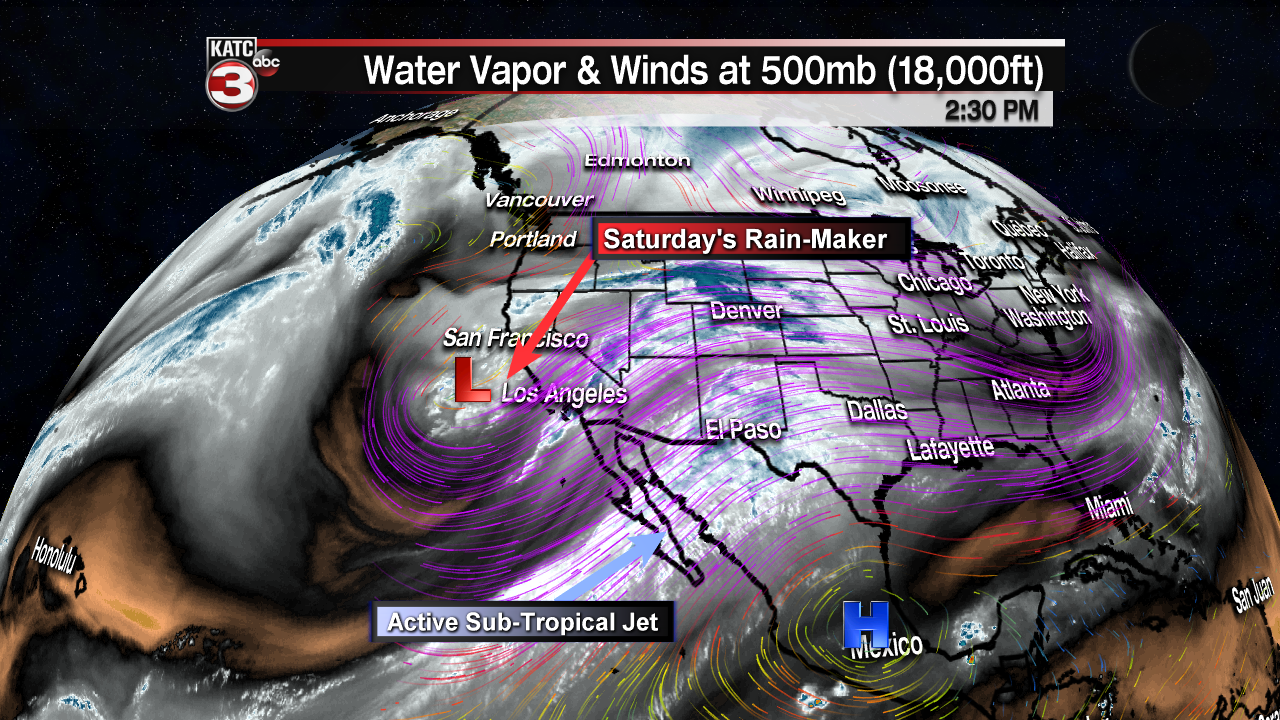 The low will likely produce locally heavy rainfall of several inches across Texas Friday with the system moving along and just south of the Louisiana Coast Saturday.

A few showers will be possible across Acadiana into Friday afternoon and/or evening, but for now, rain chances shouldn’t be much higher than 30%.

The biggest rain chances for Acadiana will come within a few hundred miles of the low pressure system, mainly from Saturday morning well into the afternoon. 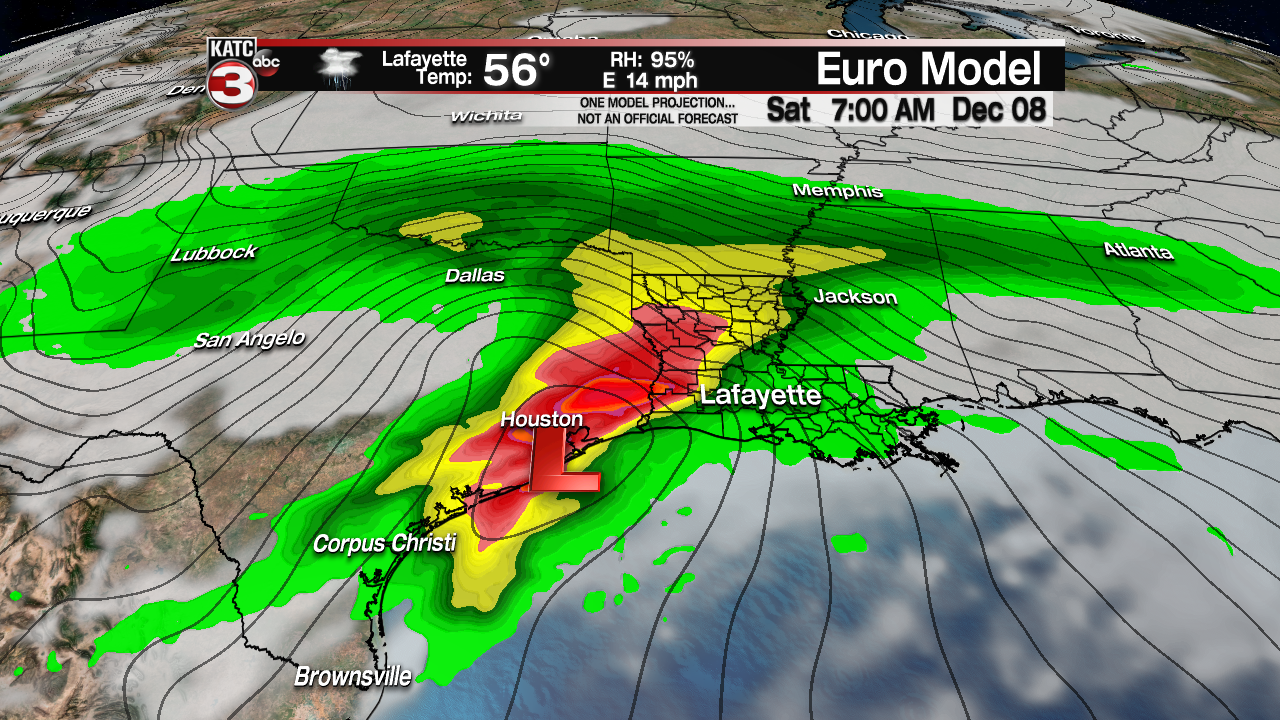 Latest model guidance suggests there shouldn’t be much of a significant severe weather threat for Acadiana, but there could be the risk of a few potent storms right near the coast during the day Saturday. 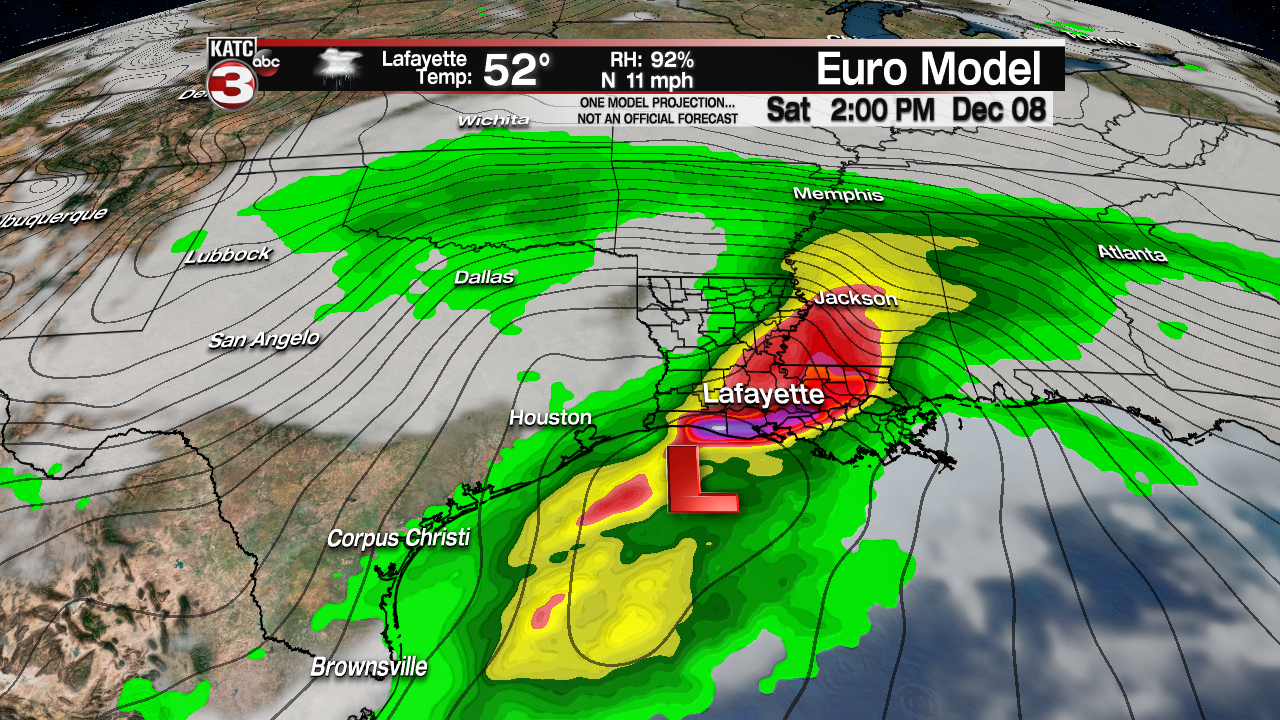 Rain total potential for the area continues to be in the 2-4″ range based on consistent Euro and GFS models, with as much as 5 inches possible in isolated spots from Texas to Louisiana.

If that is the case, there could be some localized street flooding and run-off issues by Saturday afternoon, but since the system should be progressive, widespread flooding is not anticipated, but this will likely be the wettest system the area has seen in nearly a month…maybe more. 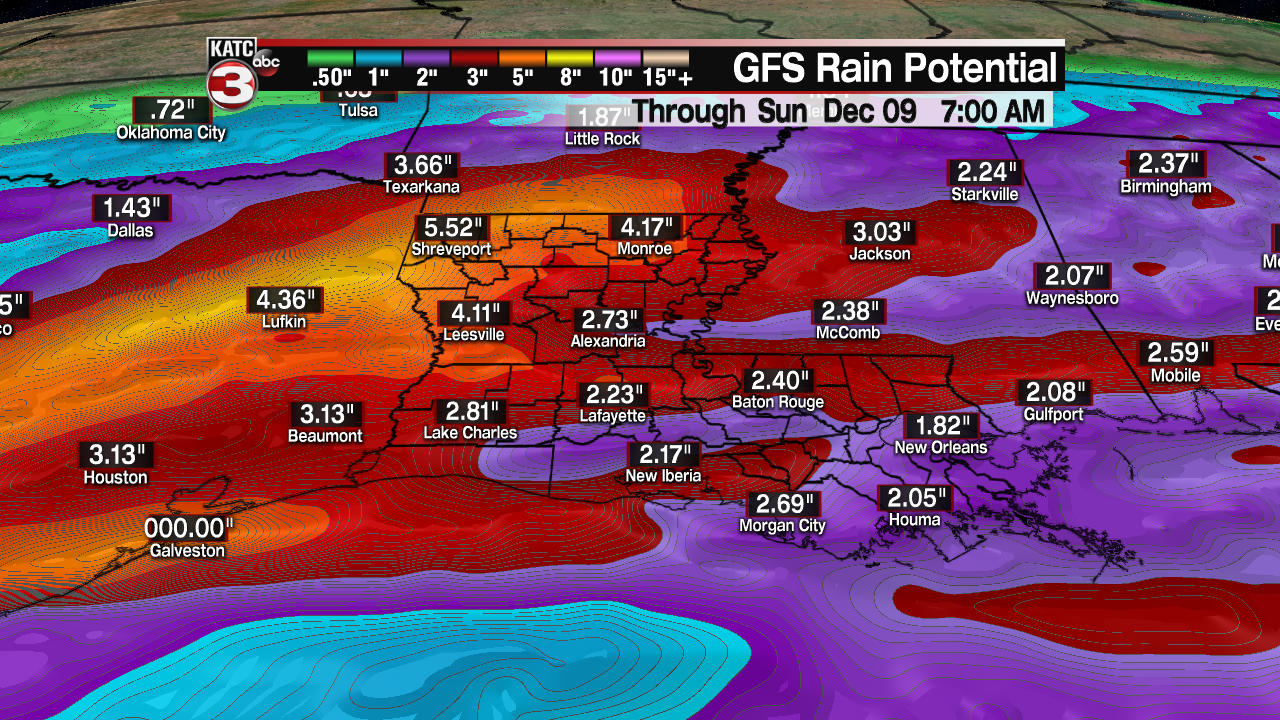 Lingering clouds, breezy and chilly weather will finish off our “gray weekend” with sunshine and cool temperatures anticipated for early next week.