There will be a good chance of scattered showers and storms overnight across Acadiana, with a marginal to slight risk of a few isolated severe storms.

As mentioned in an earlier story although there will be fairly decent severe weather dynamics in place across the area, it appears that the best chance of storms will be out of sync with most of those storm dynamics. 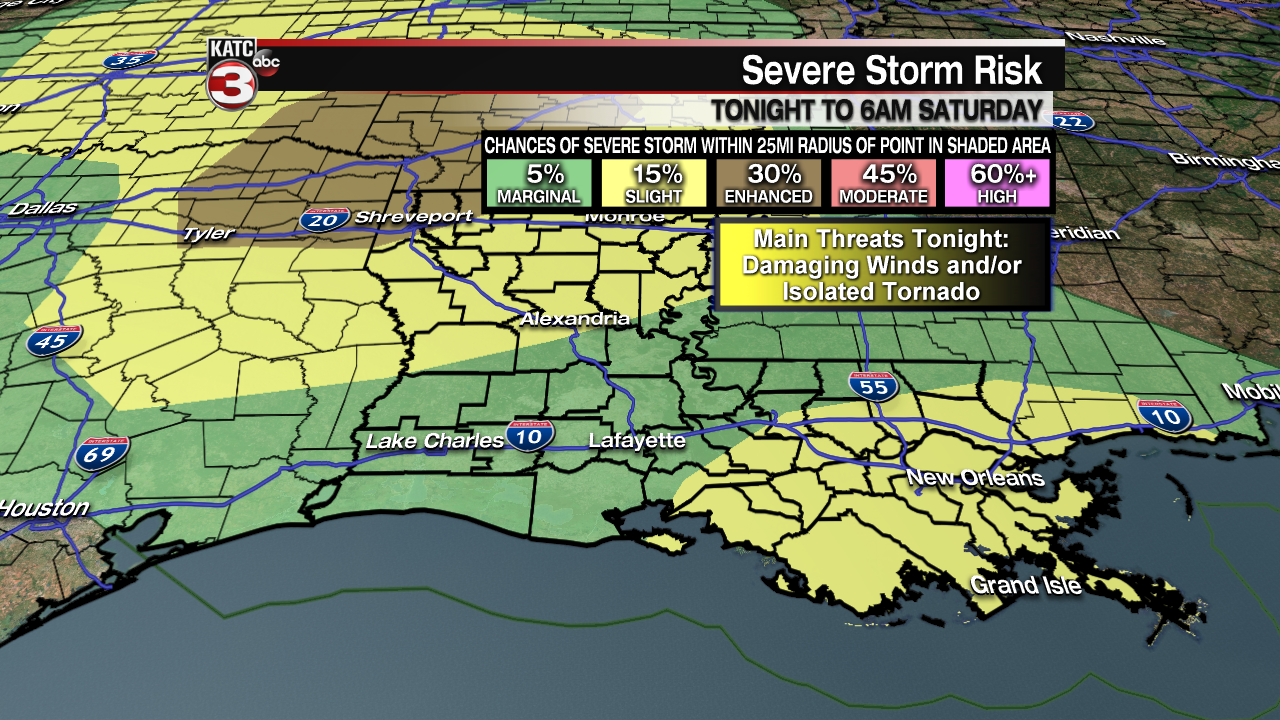 Nonetheless, we’ll be keeping a close eye on any organized storms that could develop tonight.

If a storm or two should get out of hand, the main threat would be for rotating cells that could produce wind damage or an isolated tornado.

The last several runs of KATC’s Predictive Radar has continued to suggest that there will be a healthy round of showers and a few storms for the eastern portions of Acadiana into eastern Louisiana this Friday evening, with scattered on and off activity overnight.

There is no overt time frame for the greatest risk of severe weather in Acadiana, as there may not be many storms around when atmospheric dynamics are at their most robust, which should be between 11 pm and 5 am…again see the previous weather story for that discussion .

Rain chances and a minimal severe cell threat will continue through about daybreak for Acadiana as a weak cool, or rather dry, front pushes through the area.

Rainfall amounts will not be a concern, with most areas likely seeing 1/2″ or rain or less, but some spots, especially toward the coast and St Mary Parish may pick up an inch or two of rainfall. 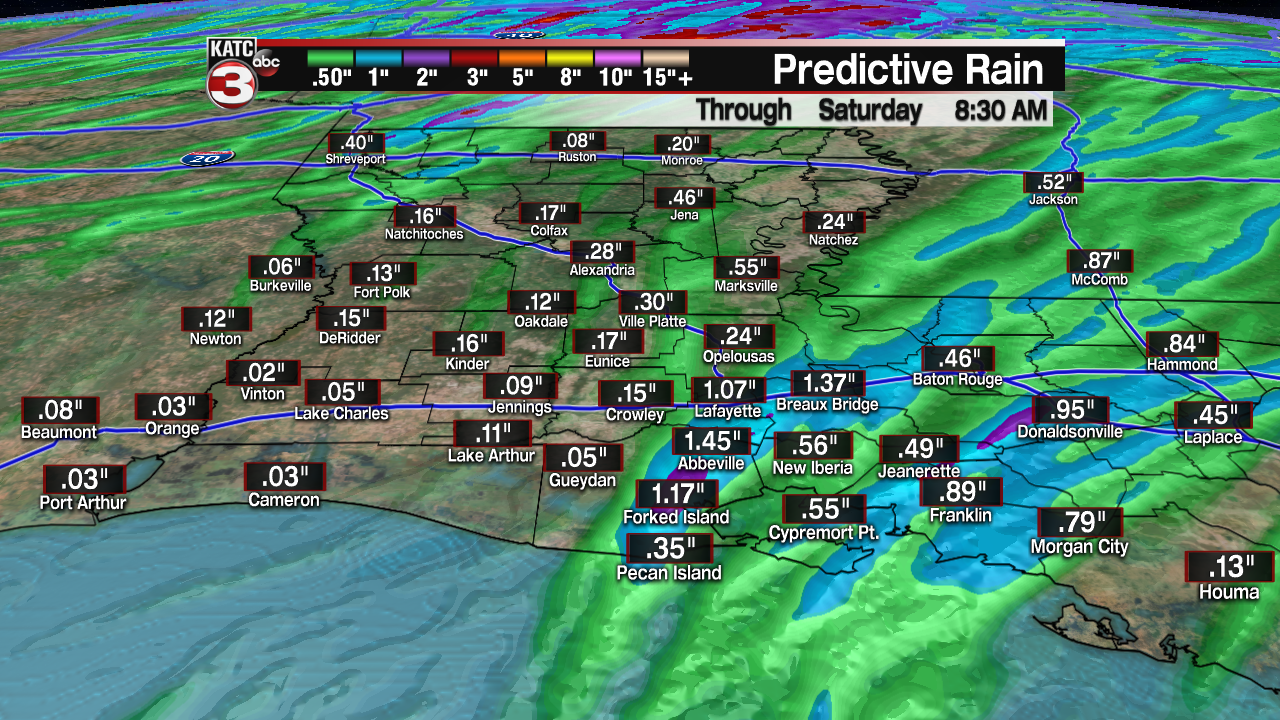 This will lead to clearing skies and balmy, spring-like temperatures Saturday afternoon where temperatures will likely approach 80 degrees. 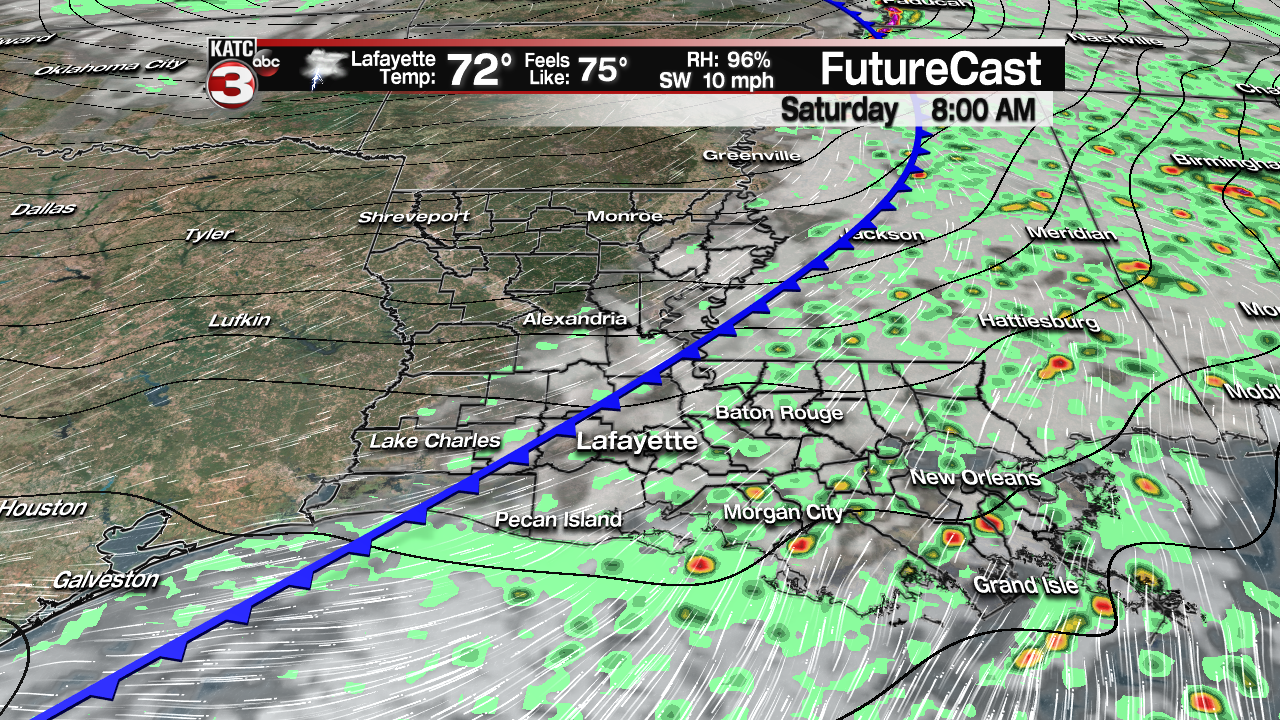 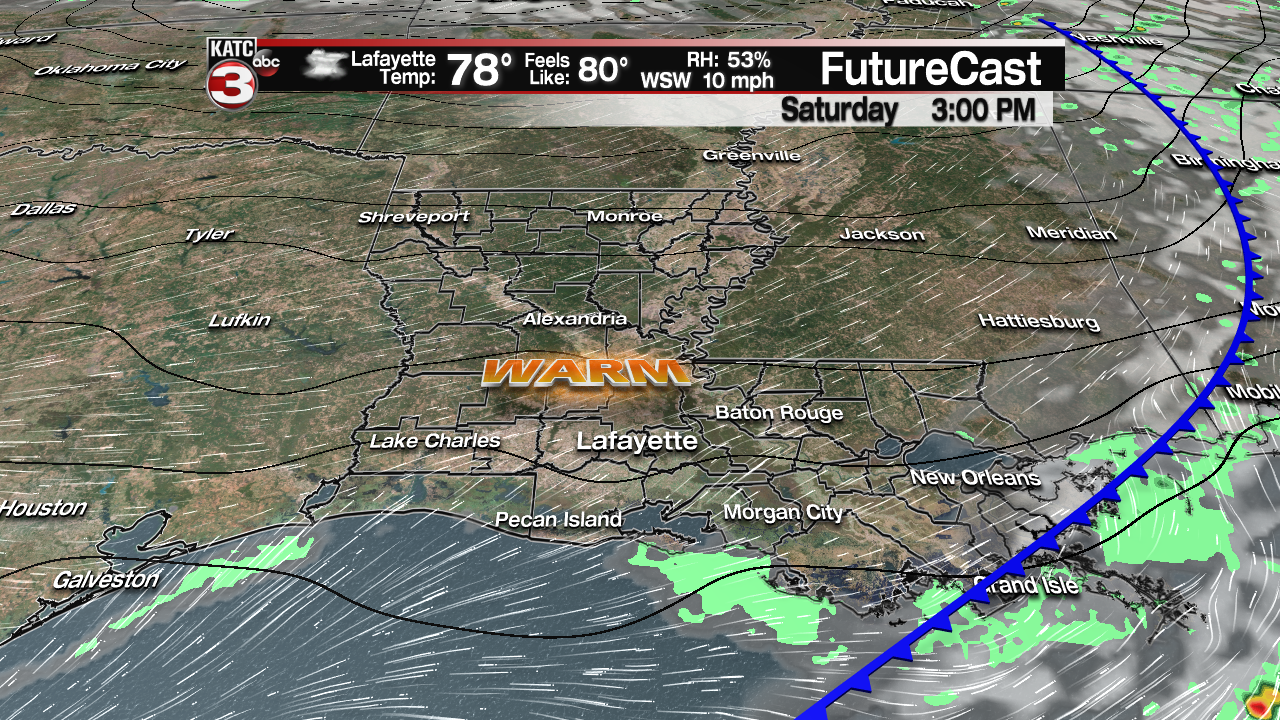 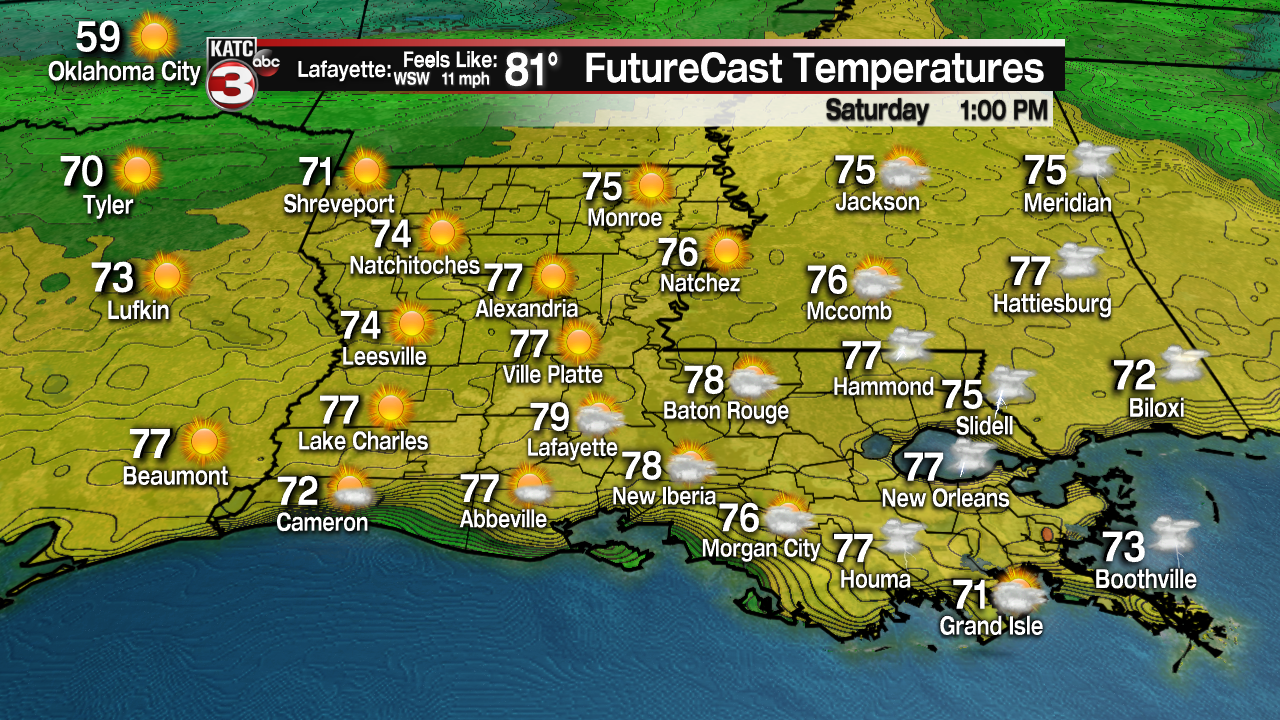 Fair skies, cooler temperatures and perhaps the chance of fog will be in the forecast late Saturday night into Sunday morning with lows dropping into the mid-50s. 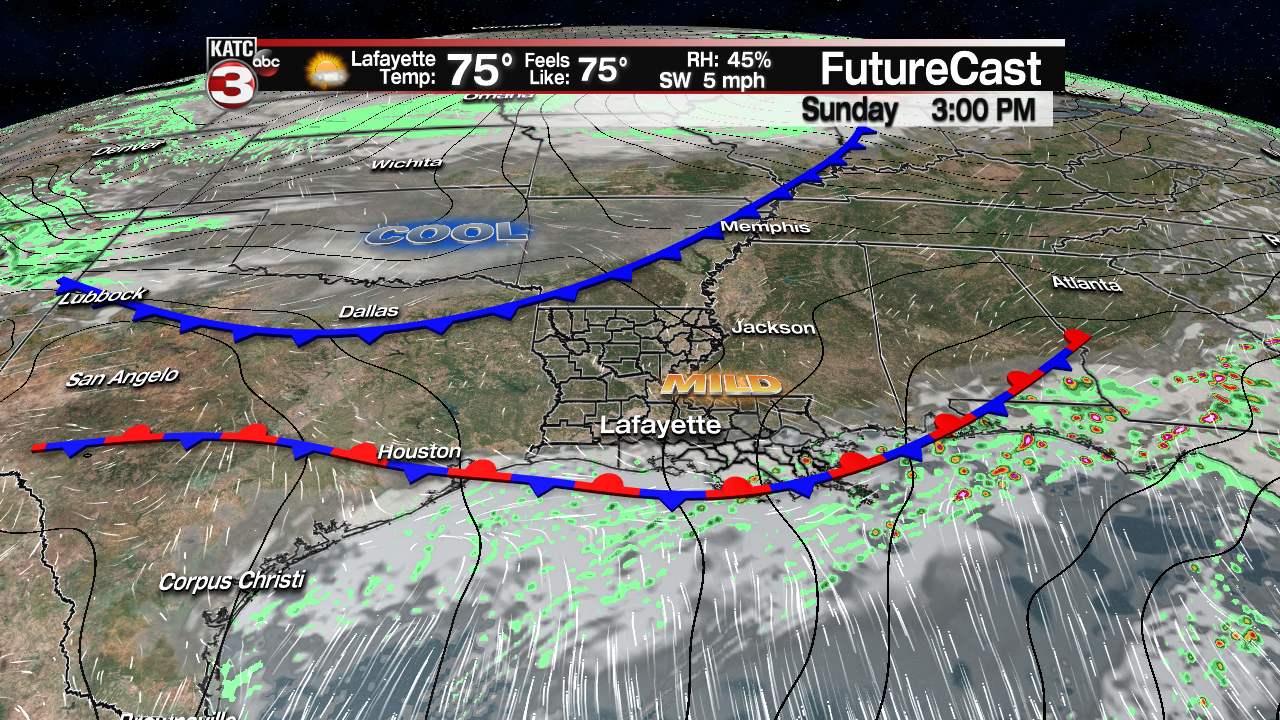 A few light showers may push through the area Sunday night with a stronger cool front, but any rains should end prior to daybreak Monday.

Look for fair and cool conditions to return for most of next week with the next good chance of storms slated again for next Friday night.