Another fast-moving disturbance will engender scattered showers, and perhaps a few rumbles of thunder near the coast, by Friday afternoon, with seasonably mild temperatures expected this weekend before the next cool front arrives late Sunday. 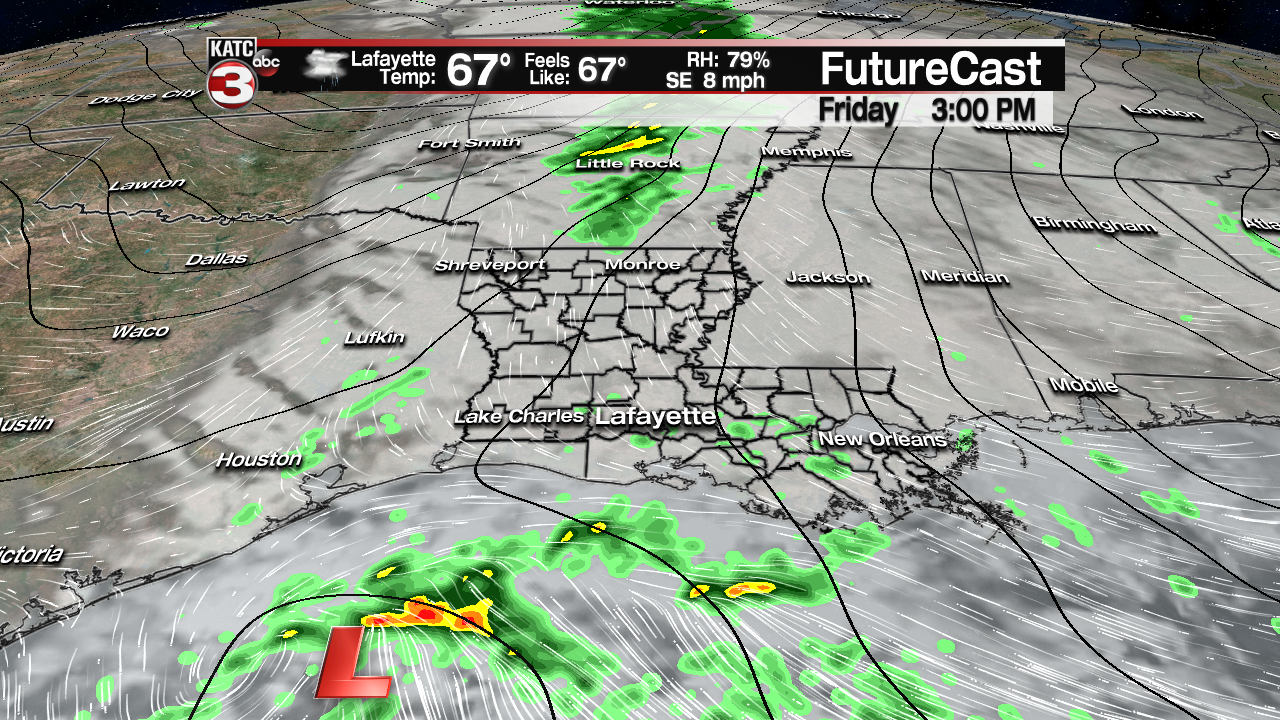 After a chilly start in the mid-upper 40s, look for temperatures to rise into the mid-upper 60s Friday afternoon in spite of increasing cloud cover and showers developing.

Highest rain chances should arrive during the afternoon into the early evening hours, but interestingly enough, model trends have been going with fewer showers and less coverage across the area. 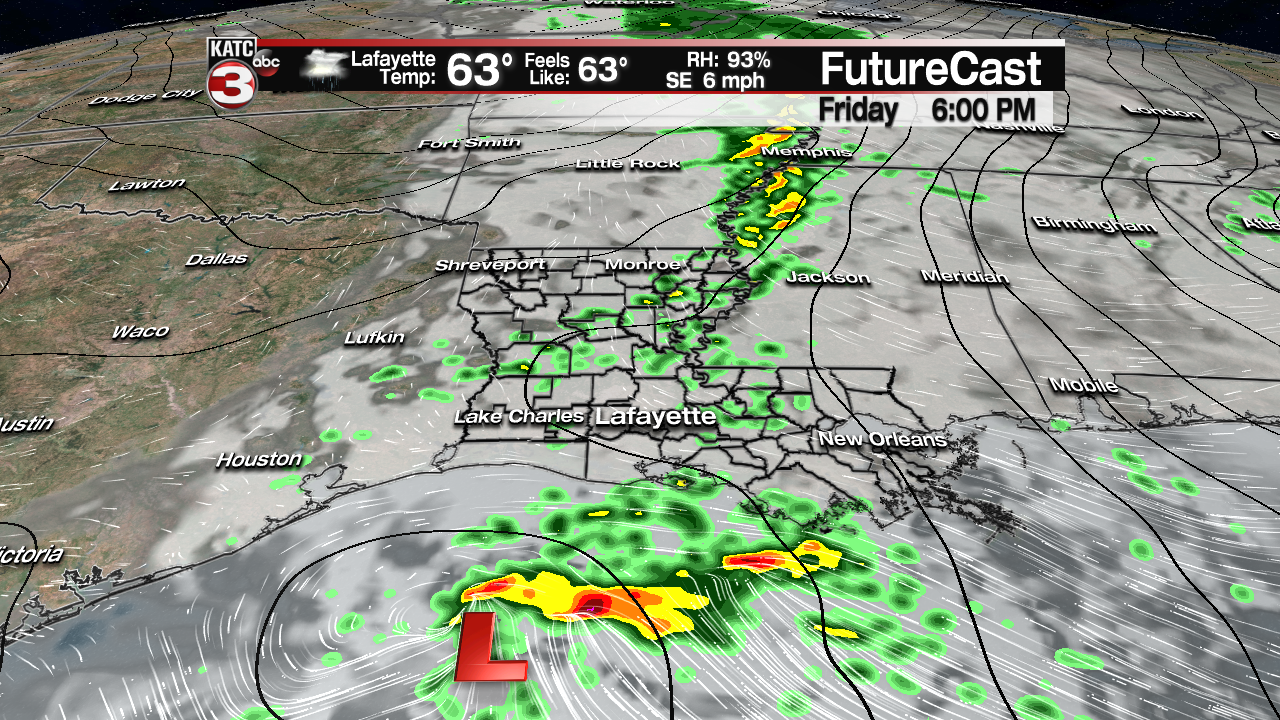 For now, rain chances Friday will increase from about 10% first thing in the morning to around 40% by noon, and then up to 60-80% by late afternoon into the early evening.

Rain shower activity will be light for most areas with totals likely less than 1/4″, but a few isolated areas could catch up to an inch (wherever a storm might be found)….and although there may be a few embedded thunderstorms, especially near the coast, no severe weather is expected. 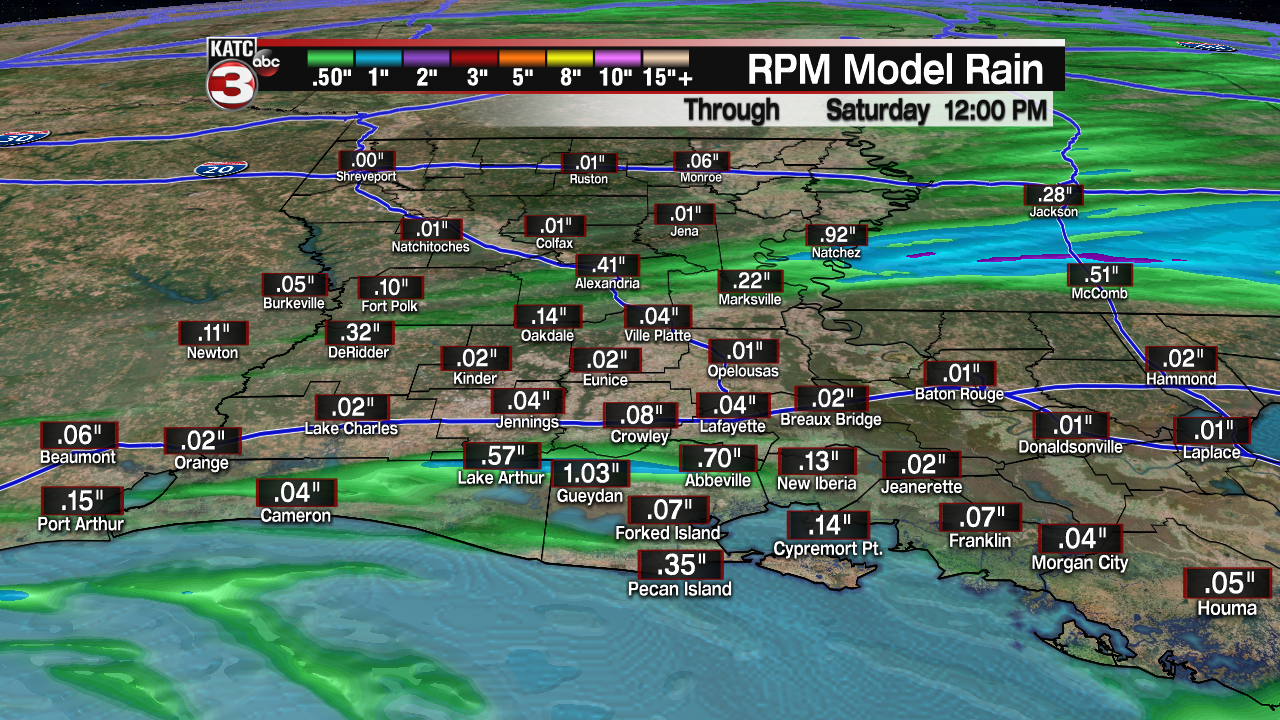 Showers will end Friday evening with an excellent chance of some thick fog developing after midnight through Saturday morning. 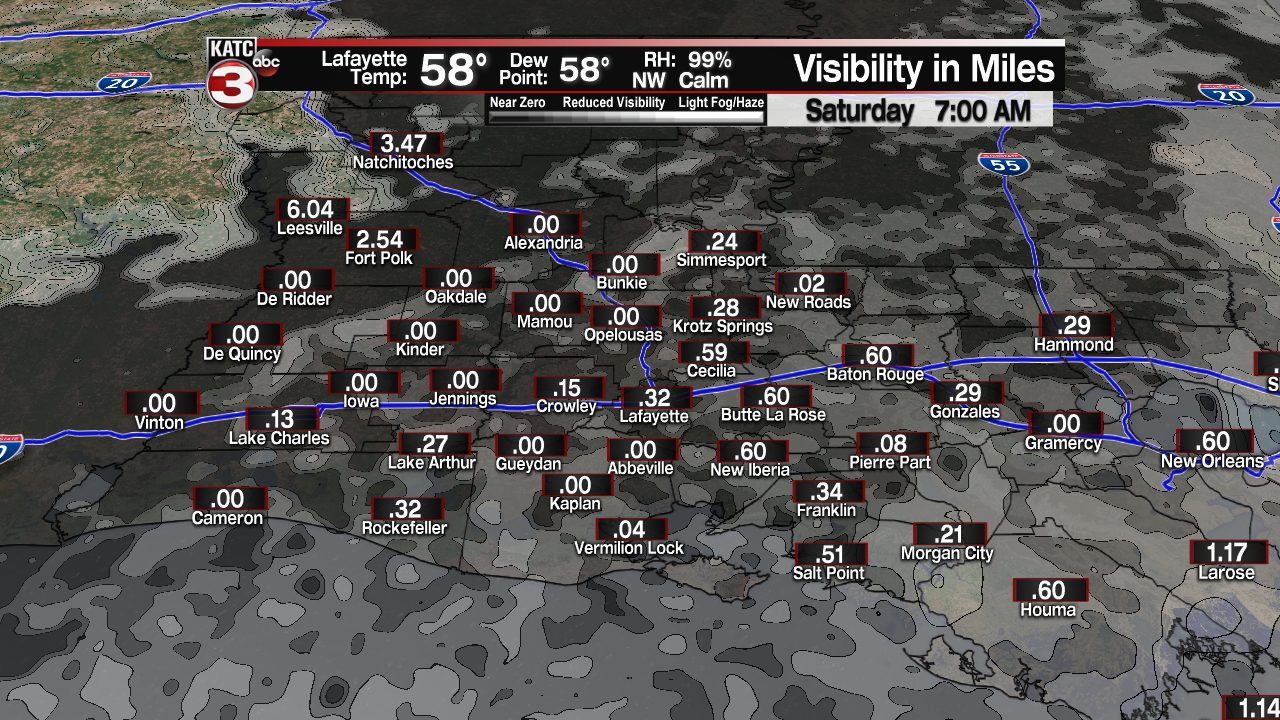 After a foggy start Saturday, clouds will give way to partly to mostly cloudy skies with intervals of sun at times a good bet during the afternoon. 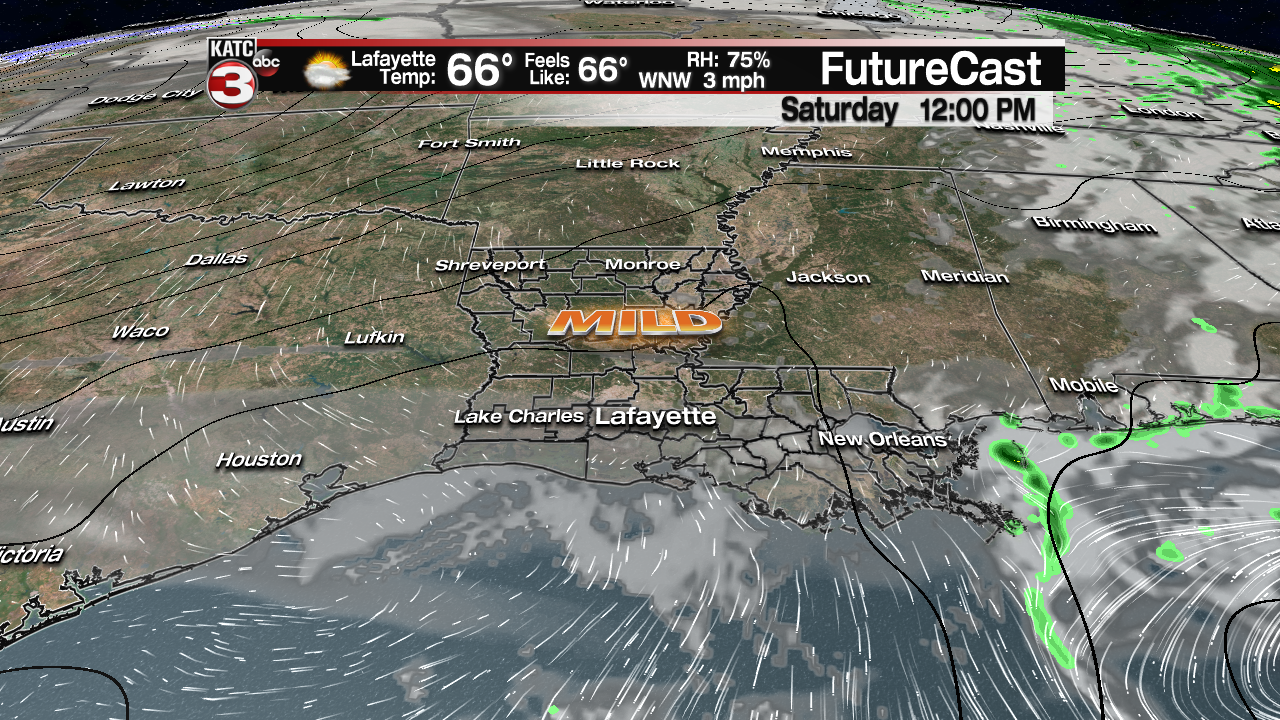 Temperatures Saturday should reach the upper 60s, but could push into the lower 70s in spots where fog & clouds burn of more quickly.

It will stay rather mild Sunday with partly cloudy skies accompanied by temperatures reaching the mid- to possibly upper 70s, prior to the arrival of a cool front. 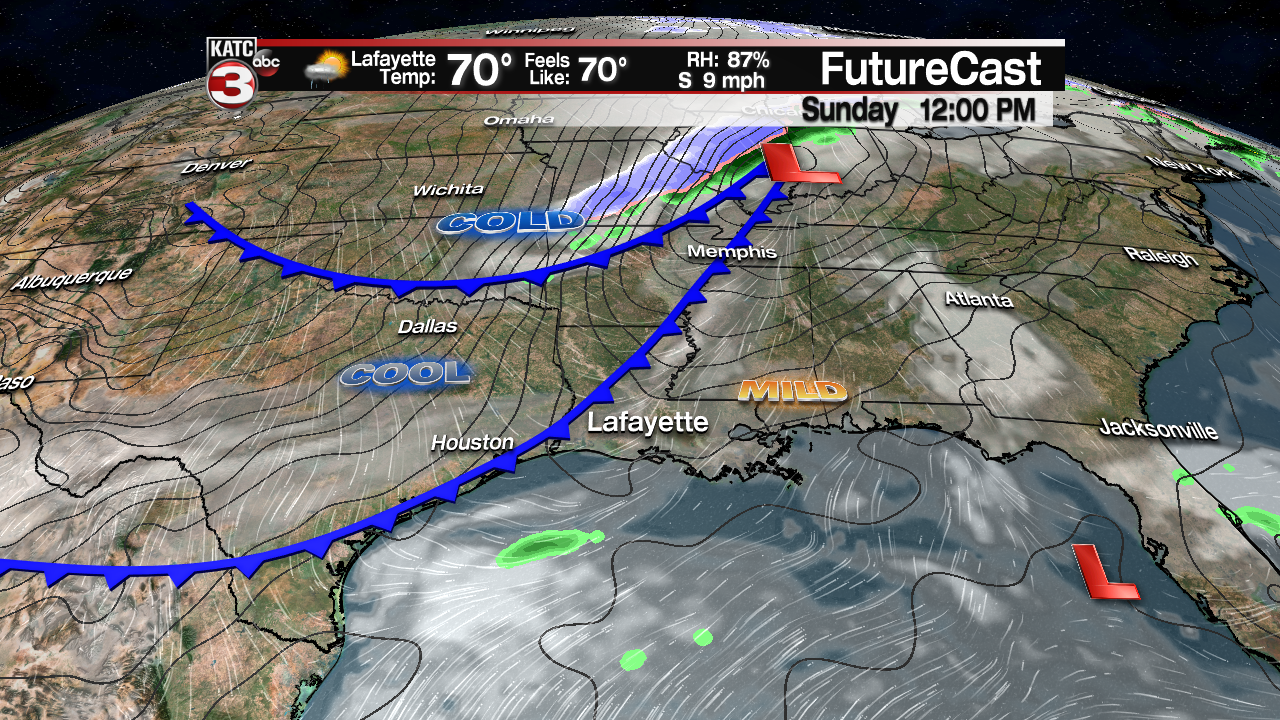 That front may generate scattered showers and a few thunderstorms, especially in the afternoon, with rain chances in the 40% range…give or take 10-20%.

Thereafter, breezy and cooler conditions will advance into the region Sunday night into early next week.

Look for highs in the 50s Monday through at least Tuesday with fair skies accompanied by some high clouds, while night-time lows drop into the chilly mid-upper 30s.

After Sunday, the next opportunity of some shower activity will arrive Thursday.