Expect mostly periods of light to occasionally moderate rain with perhaps a few rumbles of thunder near the coast.

Rain totals should be generally less than 1/4 of an inch for most, but up to 1/2″-3/4″ will be possible toward the coast.

Temperatures will drop into the mid-40s by morning…

After some morning clouds, Thanksgiving Day should become mostly sunny and seasonably cool with highs in the lower, to possibly, the mid-60s. 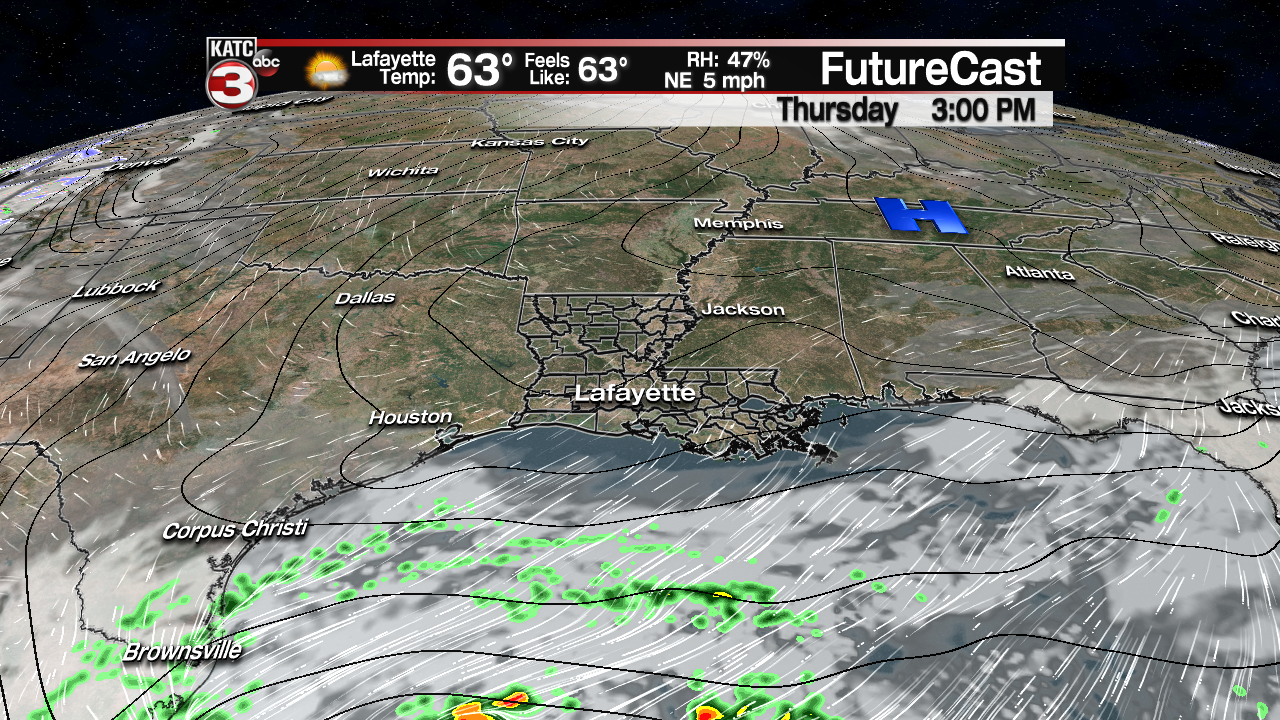 Skies should begin to cloud up again Thursday night, and especially toward Friday morning, as the next disturbance races toward the region.

Expect more periods of on and off rain Friday as temperatures hover in the 60s. Rain totals Friday will once again be on the lighter side, less than an inch likely, and without the threat of any severe weather. 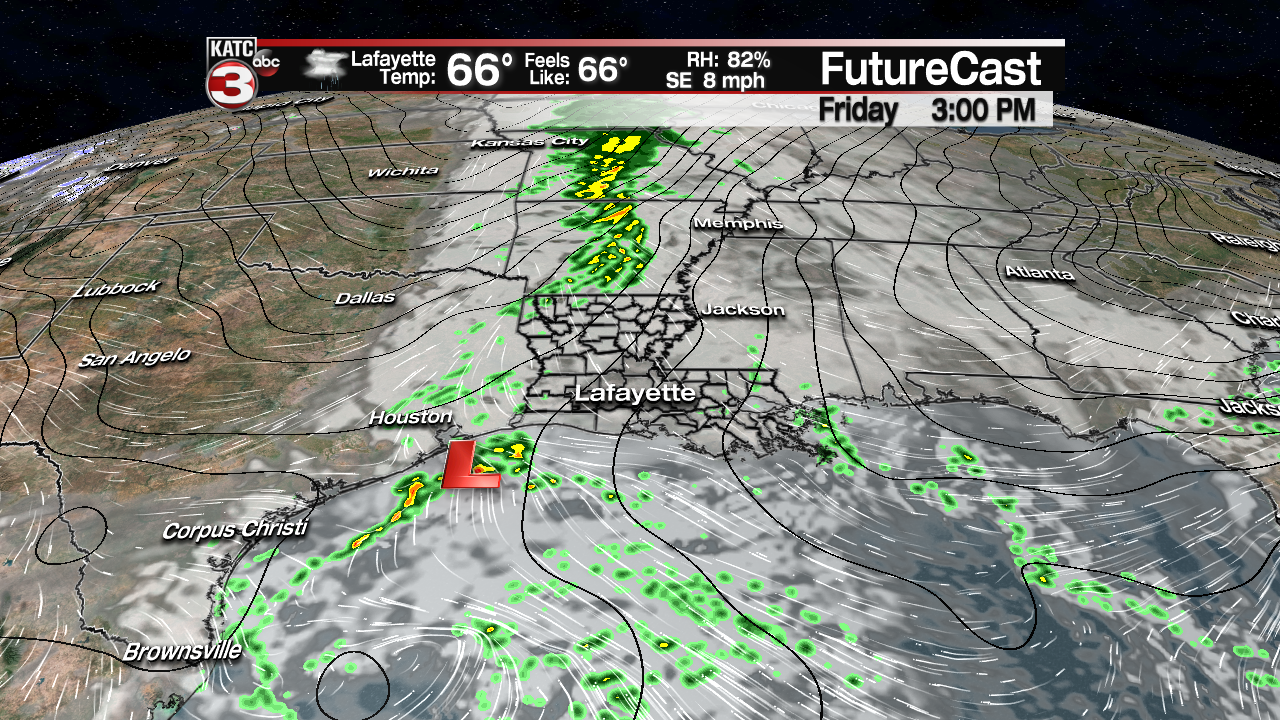 Behind Friday’s system there won’t be much cool air, but plenty of clouds may linger into the weekend.

For now, Saturday looks mostly cloudy, but with a few intervals of sun possible, accompanied by highs in the upper 60s…possibly pushing into the lower 70s in spots. 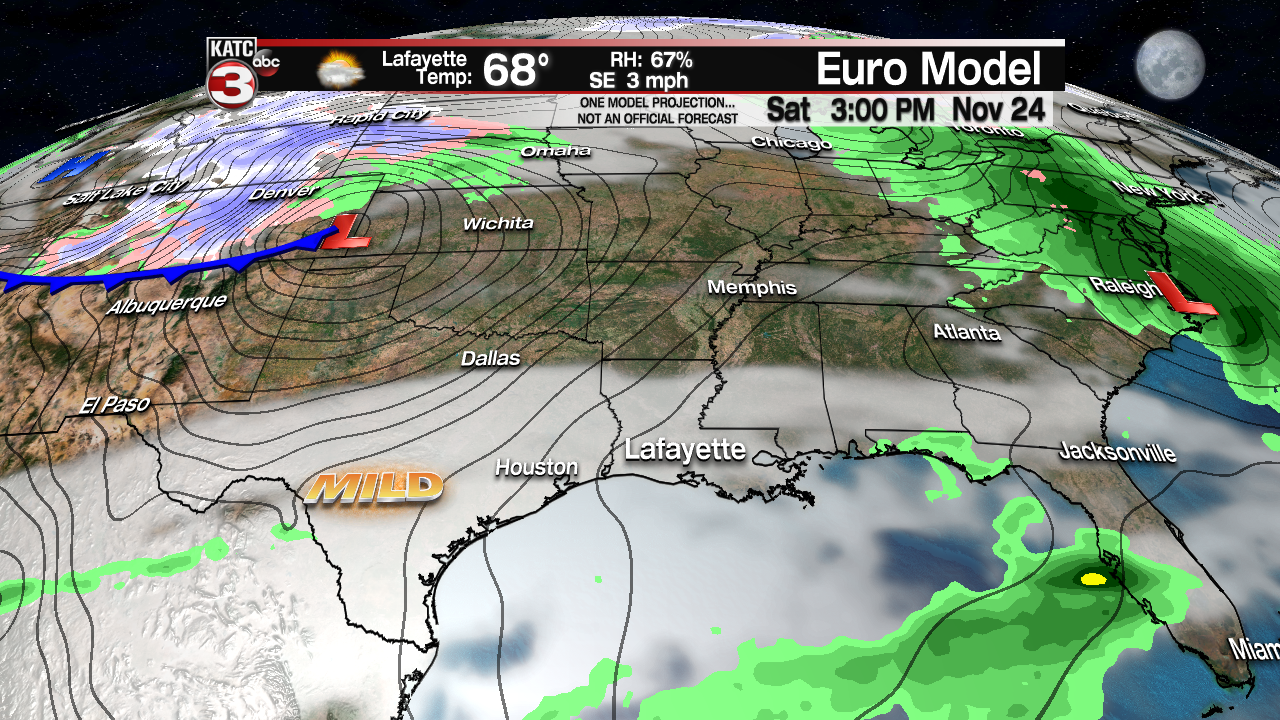 Sunday should be temporarily warmer with highs pushing into the mid-70s ahead of a fairly decent cold front. 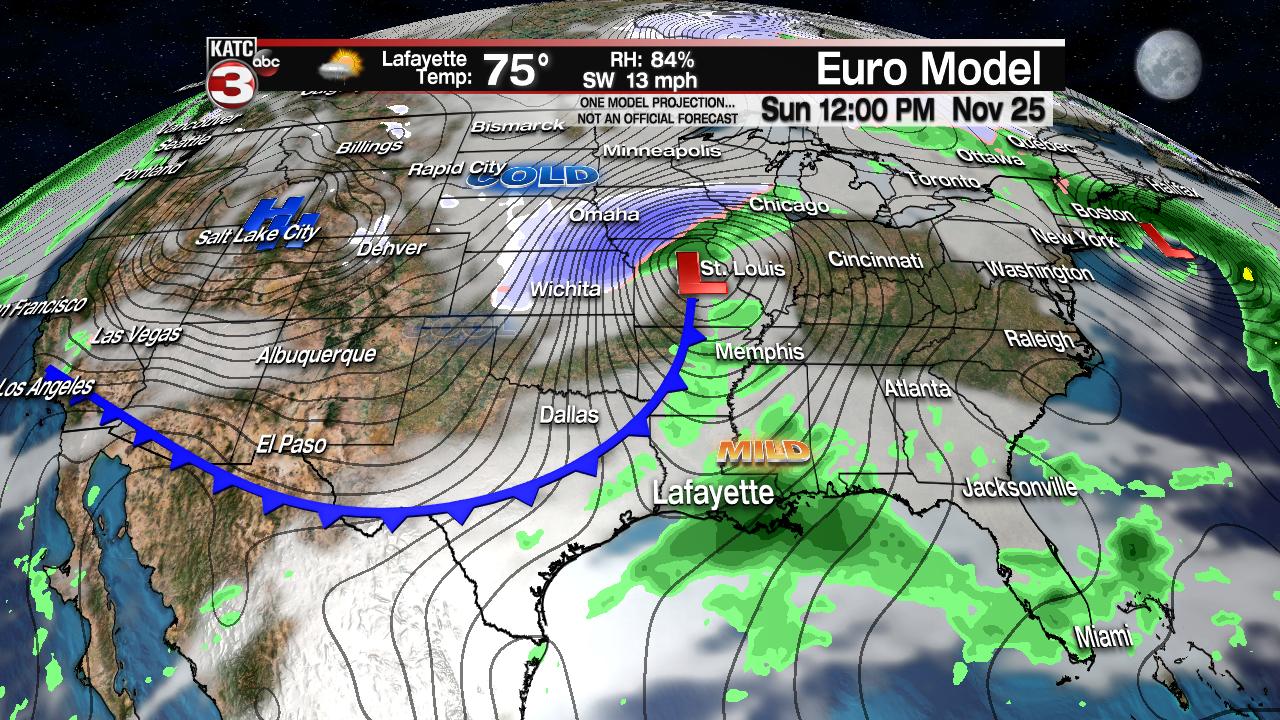 That front should generate scattered showers, possibly a thunderstorm, primarily for central, eastern and southern portions of Acadiana, but for now rain chances aren’t too high, near 40%.

Breezy and cooler conditions will follow for the first half of next week, followed by milder conditions later in the week and into the following weekend. 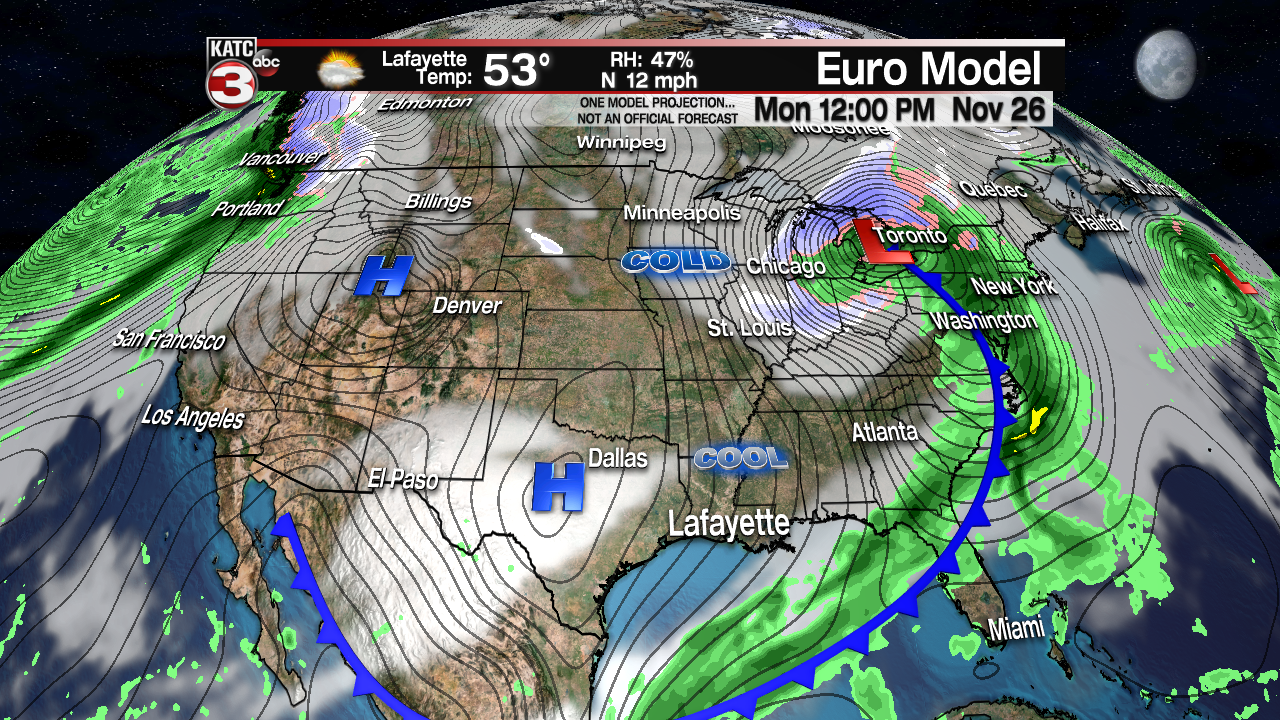