After another mostly sunny and warm Tuesday for Acadiana, the forecast begins to get a little more spookier and definitively stormier, especially late Wednesday night into Thursday morning.

In the near term, the National Weather Service in Lake Charles has issued a Dense Fog Advisory for all of Acadiana early Thursday between 4 and 9 am.

Models at this time are not forecasting an overly thick layer of fog, but like Monday morning, there will be some areas that experience reduced visibility, down to 1/4 of a mile or less, especially through the early commute Tuesday morning.

After any morning fog, look for mostly sunny skies and warm conditions for our Tuesday with high temperatures once again pushing the mid-80s. Some clouds will begin to invade the area from the south and west by late afternoon. 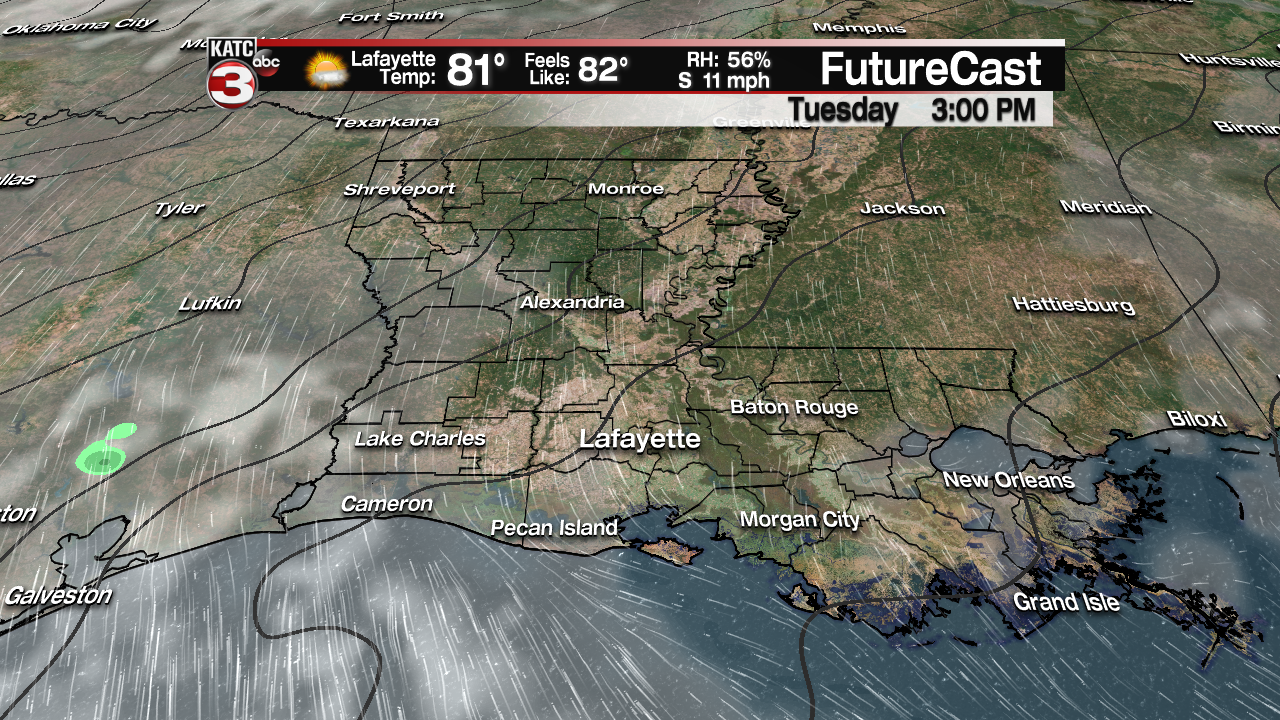 It will be milder and more humid Tuesday night as southerly begin to dominate, which should also limit our fog potential through Wednesday morning.

Wednesday promises partly to mostly cloudy skies ahead of an energetic frontal boundary that will arrive late Wednesday night into Thursday morning. 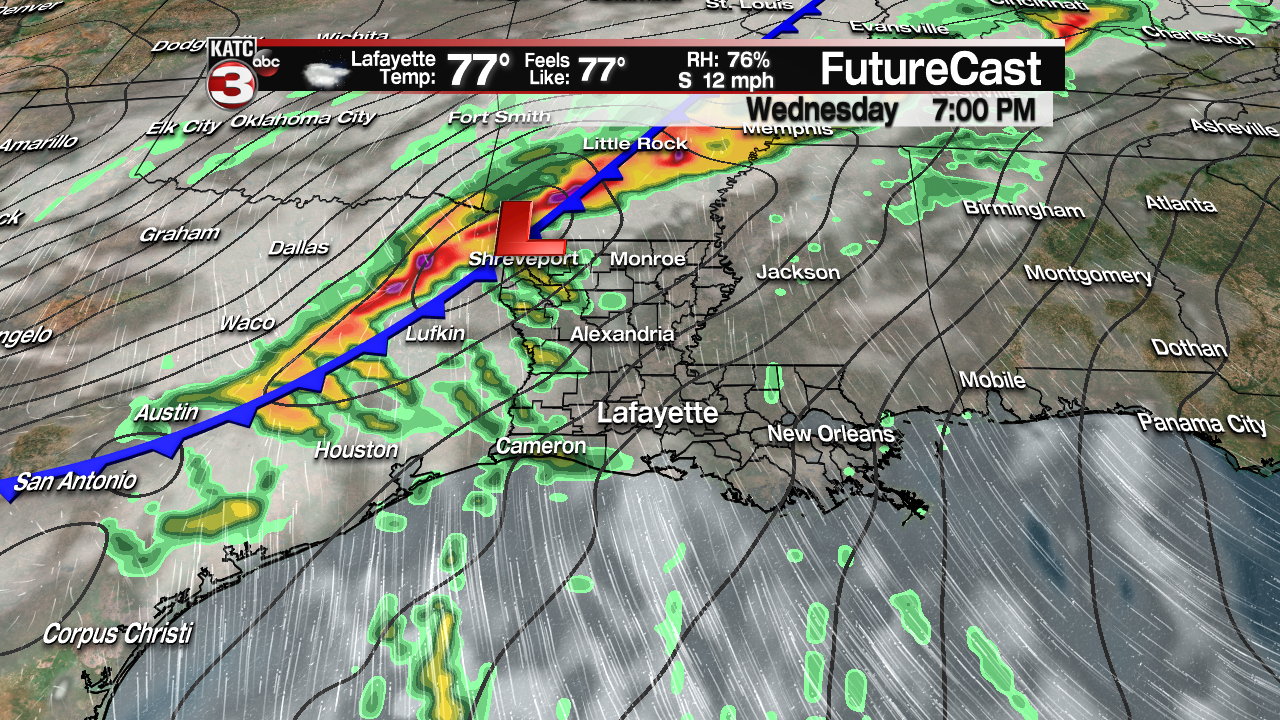 A few widely scattered showers, and/or a thunderstorm will be possible Wednesday afternoon into the Wednesday evening “trick or treat” times, but rain chances should be no higher than 30%.

The risk of storms, some possibly severe, will increase dramatically after midnight Wednesday night into the wee morning hours of Thursday. 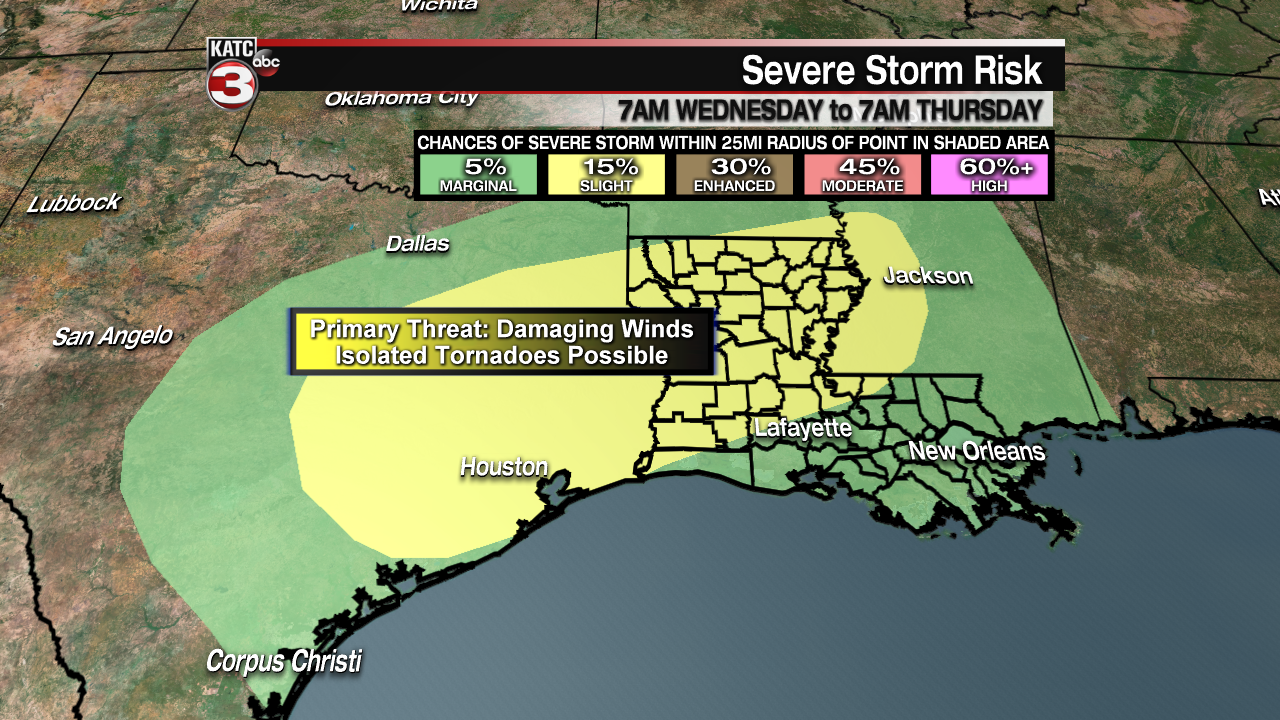 The Storm Prediction Center (SPC) has a good part of Acadiana hatched in for the slight risk of severe storms, with the primary risk being damaging winds along a possible squall line. 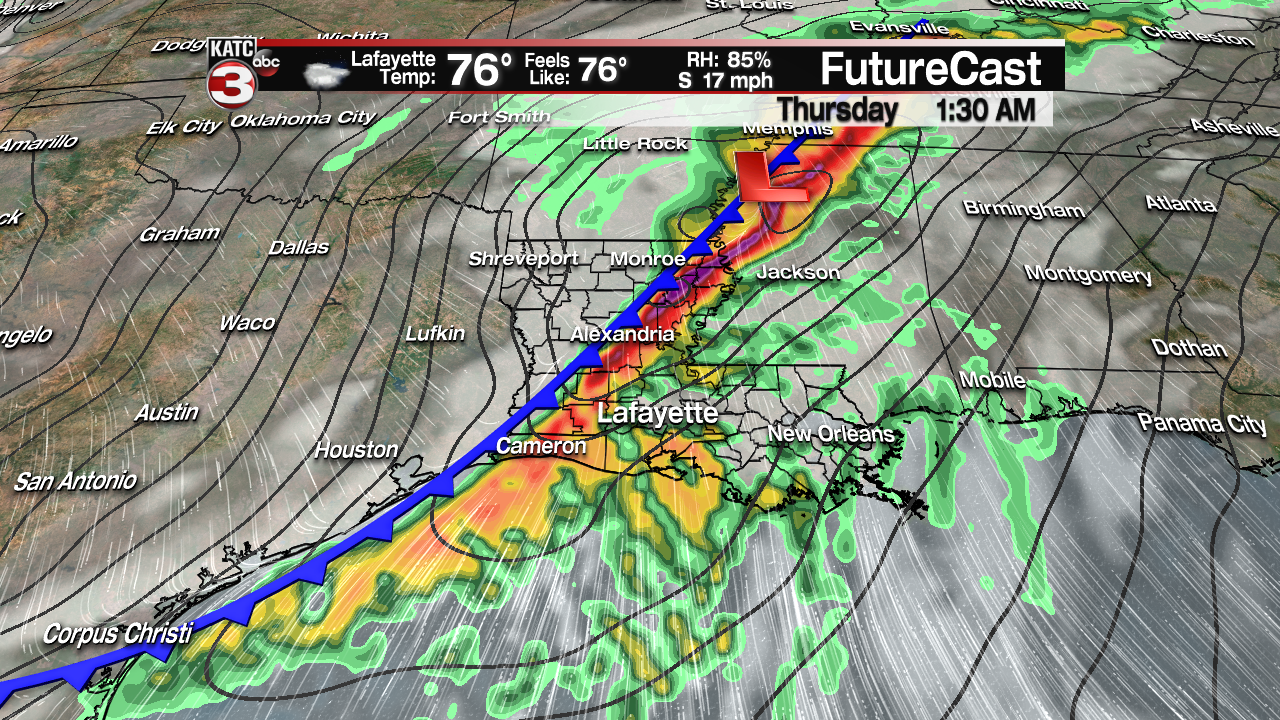 A few isolated tornadoes may be possible as well, primarily out ahead of the squall line in “discrete” or “loner” cells ahead of the main line of storms.

The local severe weather threat will most likely be predicated on our dew points ahead of the front…typically if they can get into the lower 70s, there will be a much greater chance that storms can root down to the surface and become severe….so watch for that factor going into Wednesday night.

The SPC does indicate that conditions that could be favorable for severe weather should be lessening/decreasing during the overnight hours into Louisiana, so that could limit the severity of the storms locally…stay tuned.

And in addition to the risk of severe storms, a good soaking is possible for Acadiana with rainfall totals ending early Thursday of up to 2-3″ possible. 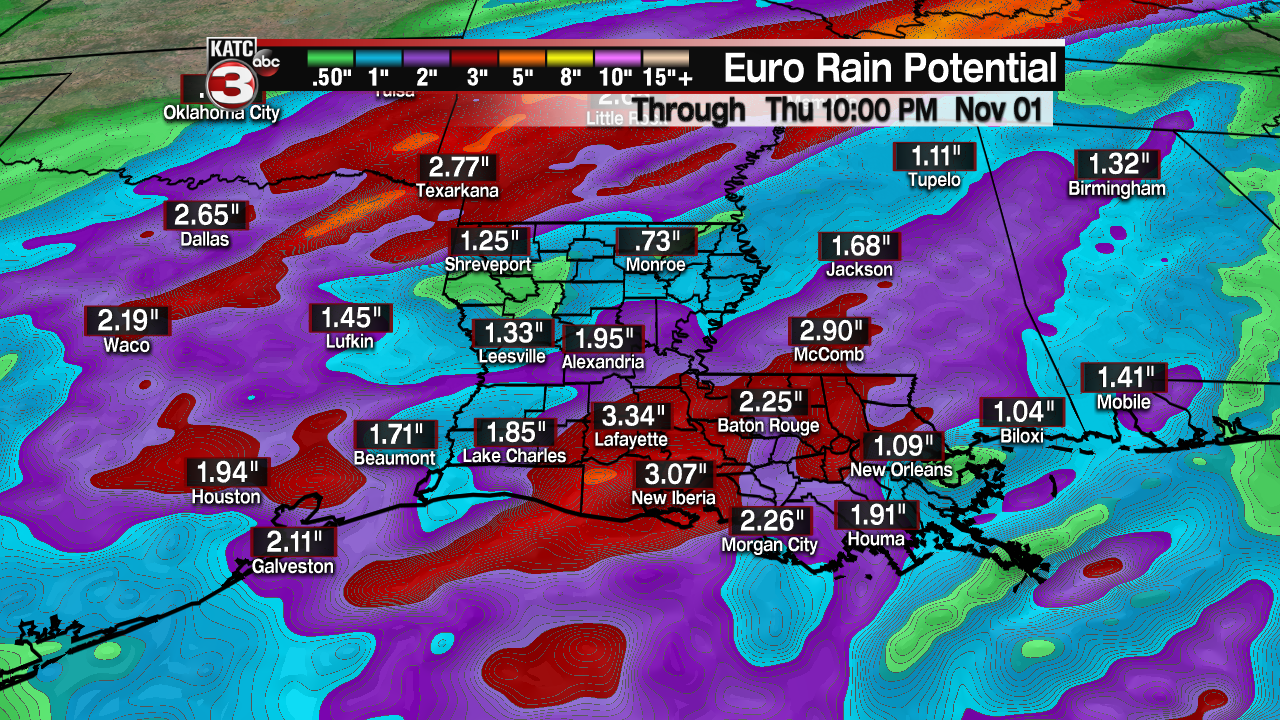 Since the system will be progressive, there should not be a significant flood threat with this frontal system, but some localized run-off issues could spill into the Thursday morning commute. 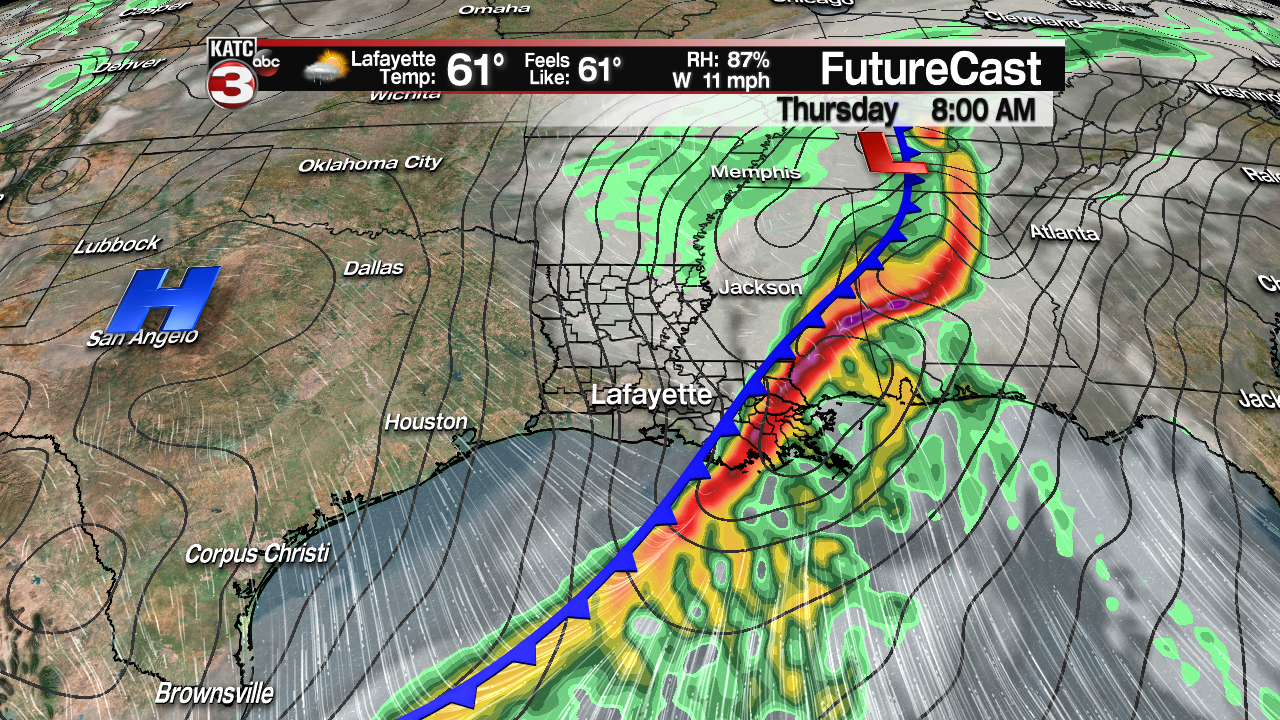 Rain and storms should end by midday Thursday, or sooner, with cooler conditions moving in for Thursday night.

Friday and the weekend look great with lots of sunshine and seasonably cool conditions at night and mild readings during the day.