Hurricane Michael will become a tropical storm by early Thursday morning as it continues to accelerate northeastward at 20 mph. 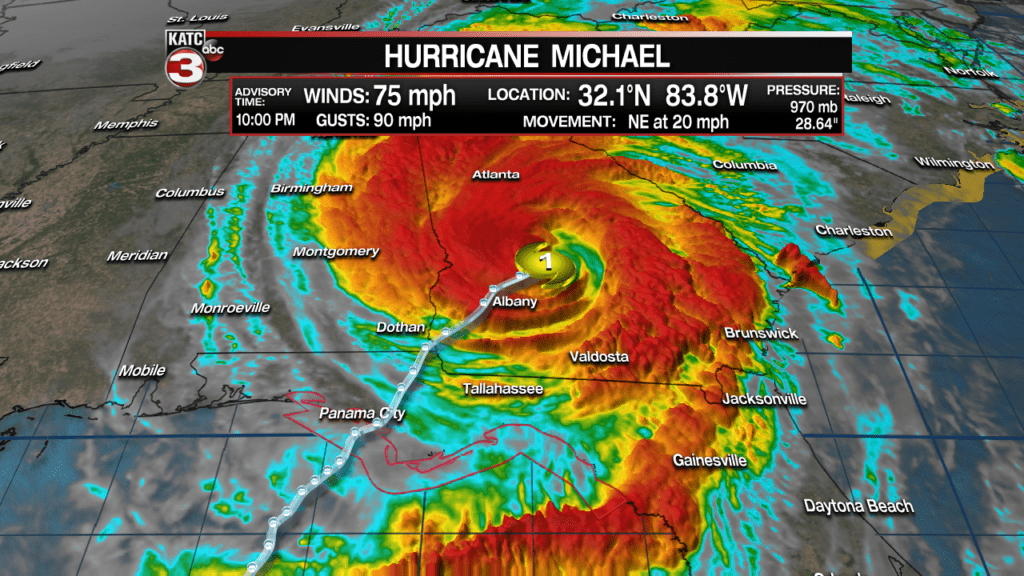 Michael, with 75 mph winds, will threaten South and North Carolina with tropical storm force winds and a moderate risk of excessive rainfall Thursday.

Michael will move back out into the open Atlantic Friday. 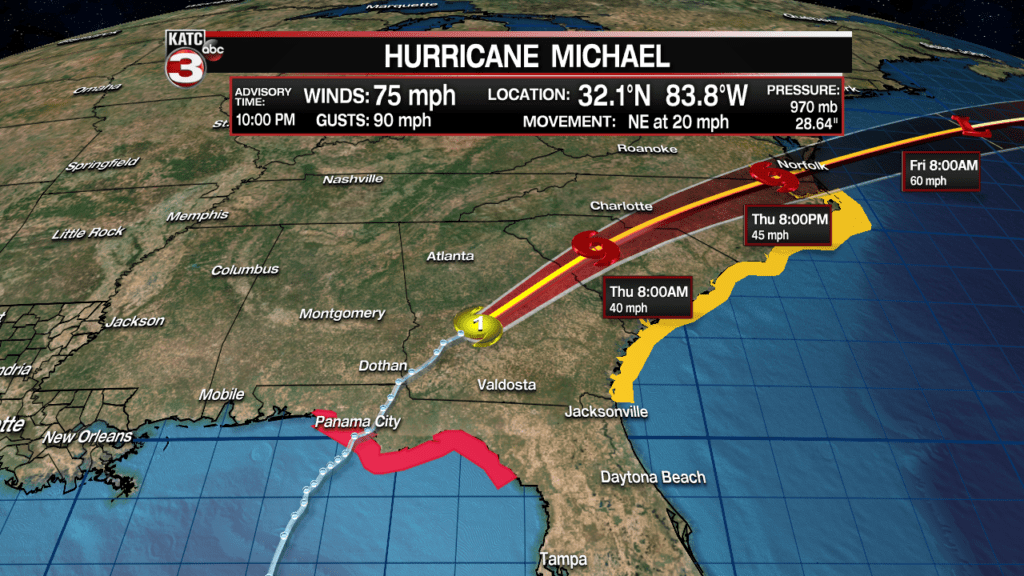 And while Michael  weakens, elsewhere in the open Atlantic, Hurricane Leslie is still out in the middle of the ocean but could threaten the Canary Islands before the end of its run in a few days.

Tropical Storm Nadine, which developed Tuesday in the far Eastern Atlantic, has a limited life of no more than a couple of days.

Meanwhile closer to home, a disturbance that could develop in the Southwest Caribbean (50% chance),  shouldn’t be a Gulf concern (thanks to more regular frontal systems on the way), but could bring the threat of heavy rains to parts of Central America and portions of Mexico into this weekend. 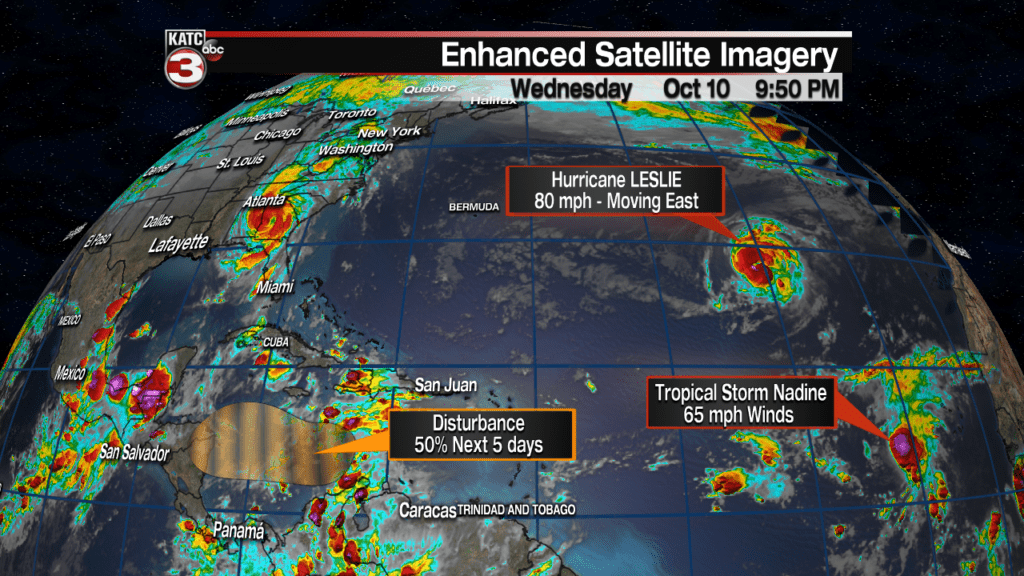