Climatologically speaking, September the 10th is the peak of hurricane season, and this year it’s literal.

There are a total of four active systems in the Atlantic Basin, two hurricanes, a tropical storm, and a potential system that’s heading for the Gulf of Mexico. 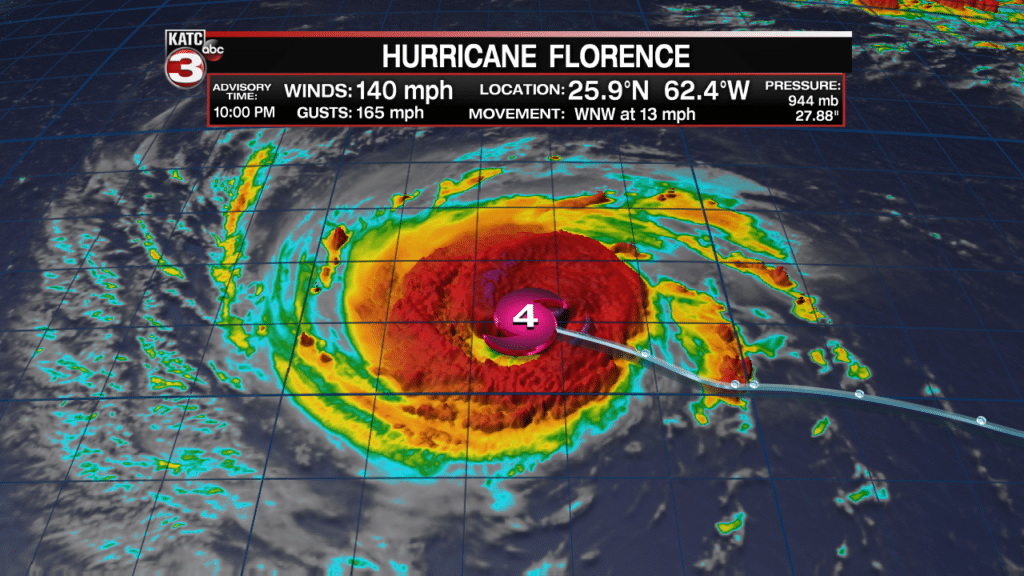 The storm could intensify further, close to a Category 5 (156 mph winds or higher), Tuesday and/or Wednesday.

Hurricane & storm surge watches are like to be likely to be issued Tuesday according to the National Hurricane Center (NHC). 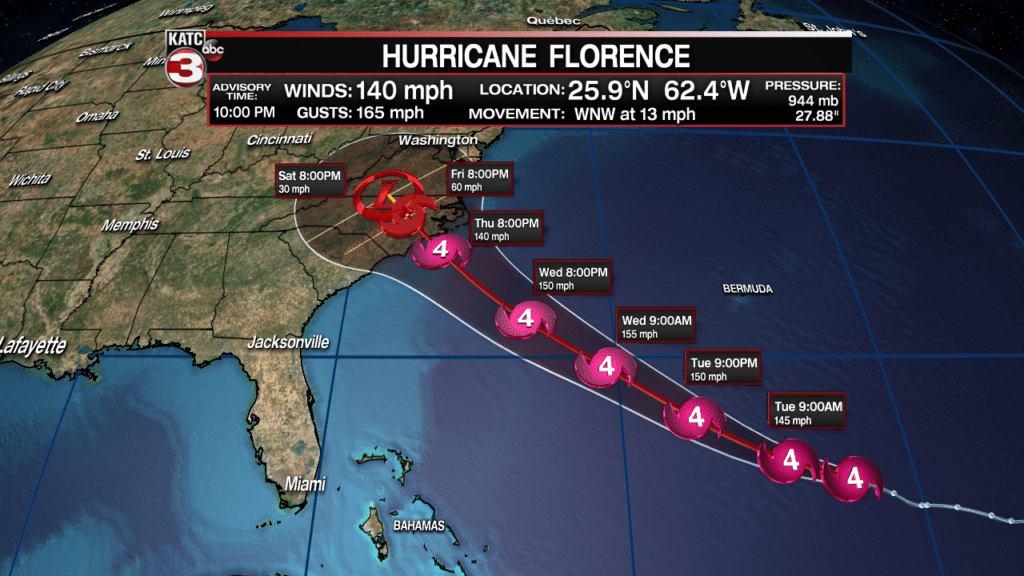 Meanwhile, farther to the east, in the Eastern Atlantic, Hurricane Helene will likely take a turn northward and remain mostly an Atlantic system, perhaps threatening the Azores with rain and some wind during the 5-7 day time-frame. 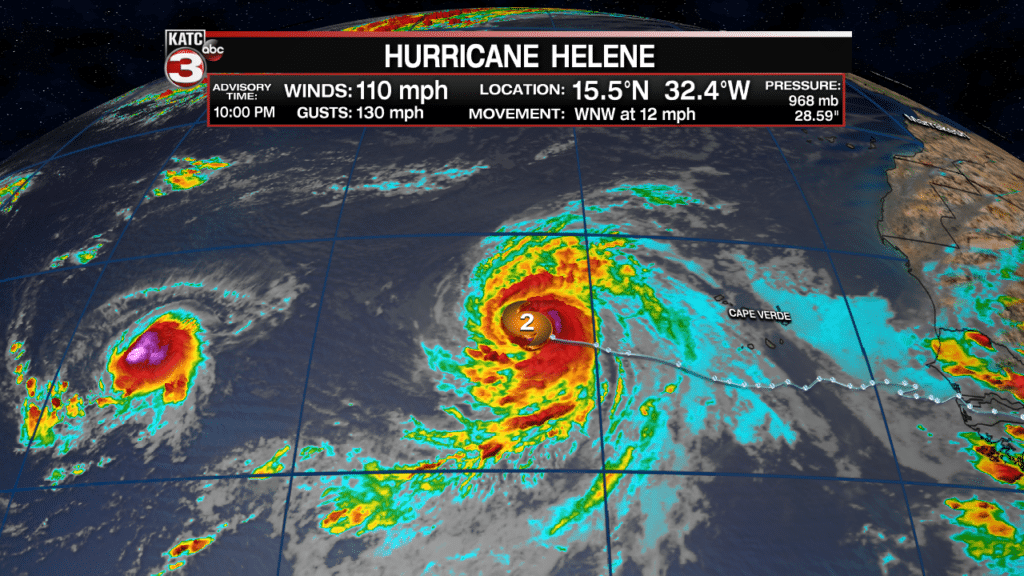 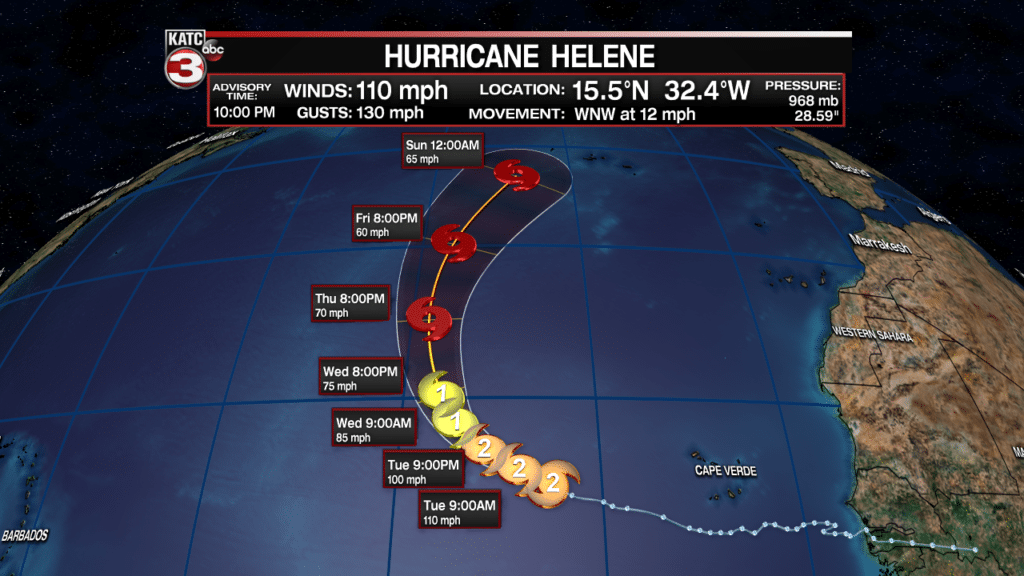 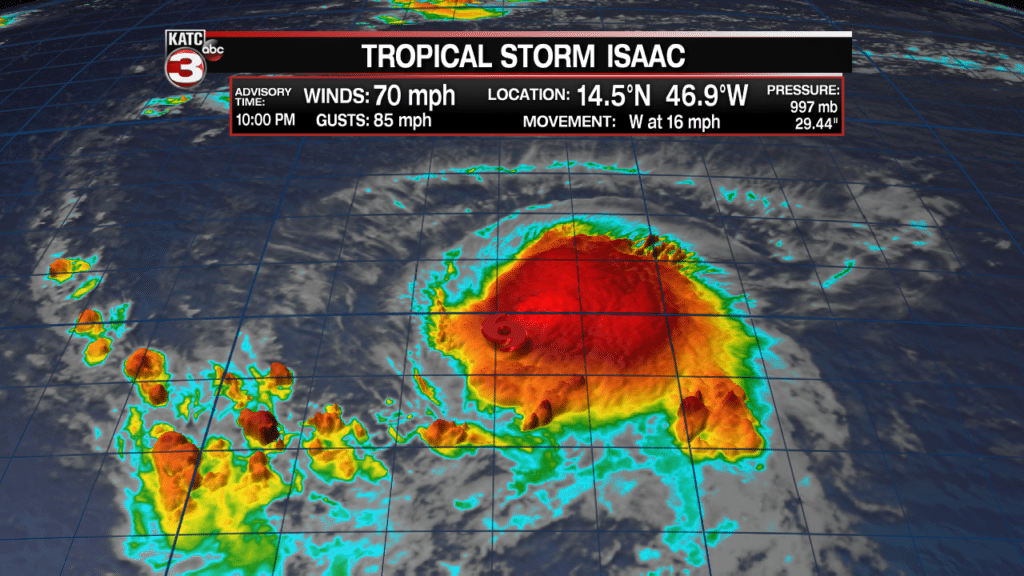 Models remain in disagreement of the future of Isaac in the 3-5 day period and beyond, as the system should encounter some upper level shear, keeping the door open for a northward turn at some point.

But late model runs Monday evening were beginning to show a westward track through much of the Caribbean Sea through the next week. 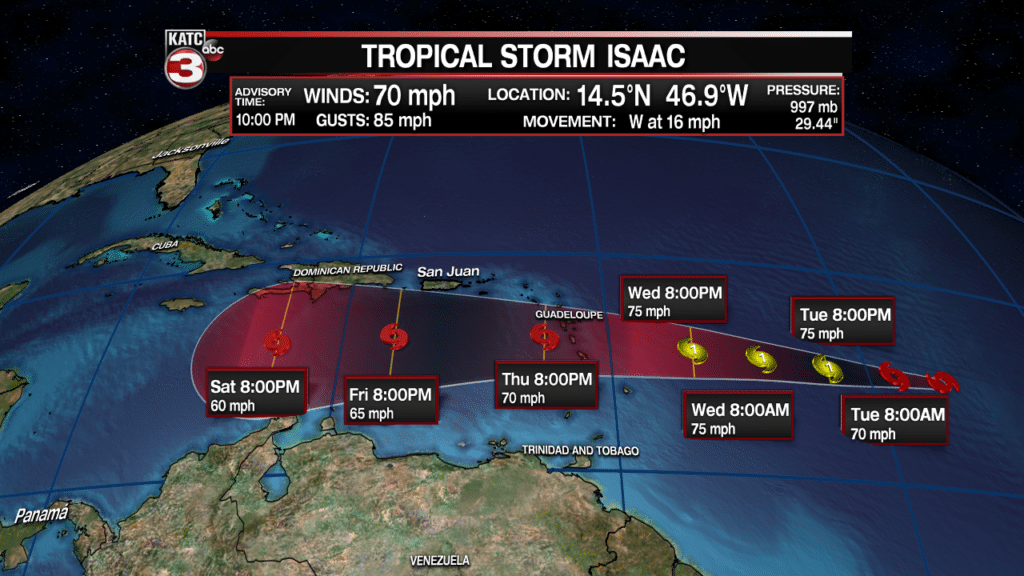 Thereafter, the system could become some threat to the Gulf of Mexico, but in what form and where, is completely unpredictable for at least several more days. 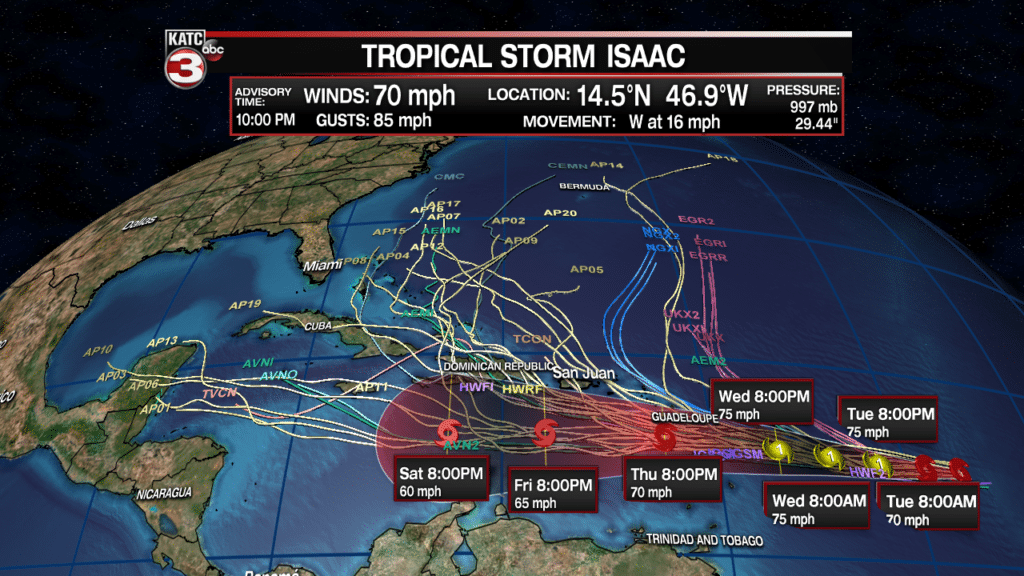 Meanwhile, in the Northwest Caribbean, a disturbance just east of the Yucatan Peninsula was looking more organized on satellite imagery late Monday night and could develop into closed low pressure circulation heading for the Gulf of Mexico, after crossing the Yucatan by Wednesday. 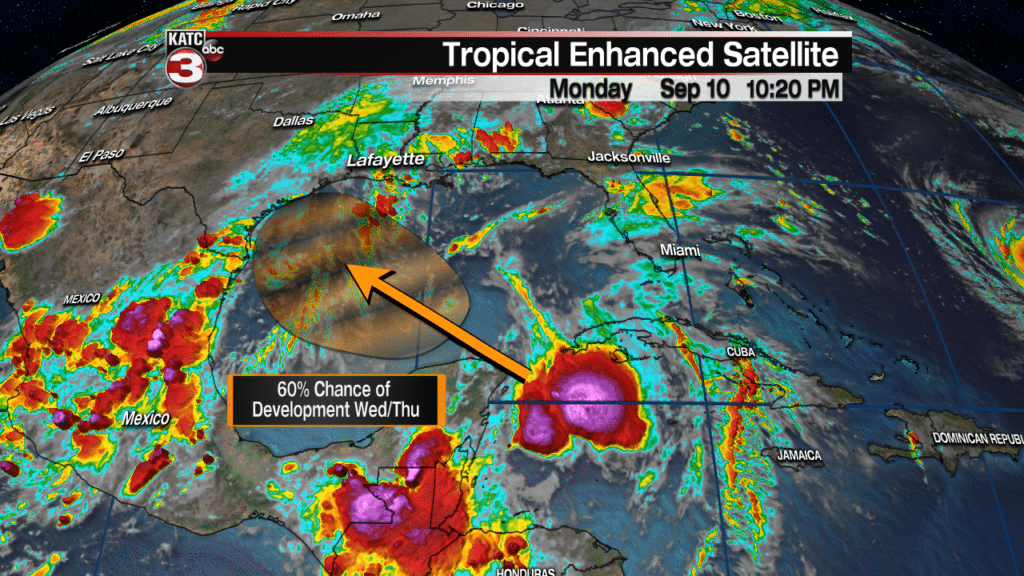 Currently the NHC has a 60% chance of this system becoming a tropical depression, perhaps a storm, Wednesday, Thursday or perhaps as late as Friday

The next named system will be “Joyce”.

At this time it appears there may be a broad, elongated ridge of high pressure developing west and southwest of Florence later this week, which could span toward the Gulf Coast, keeping any developing disturbance in the Gulf heading primarily toward the Texas Coast. Stay tuned.

And per the NHC: “Interests across northeastern Mexico and the coast of Texas and Louisiana should monitor the progress of this system.” 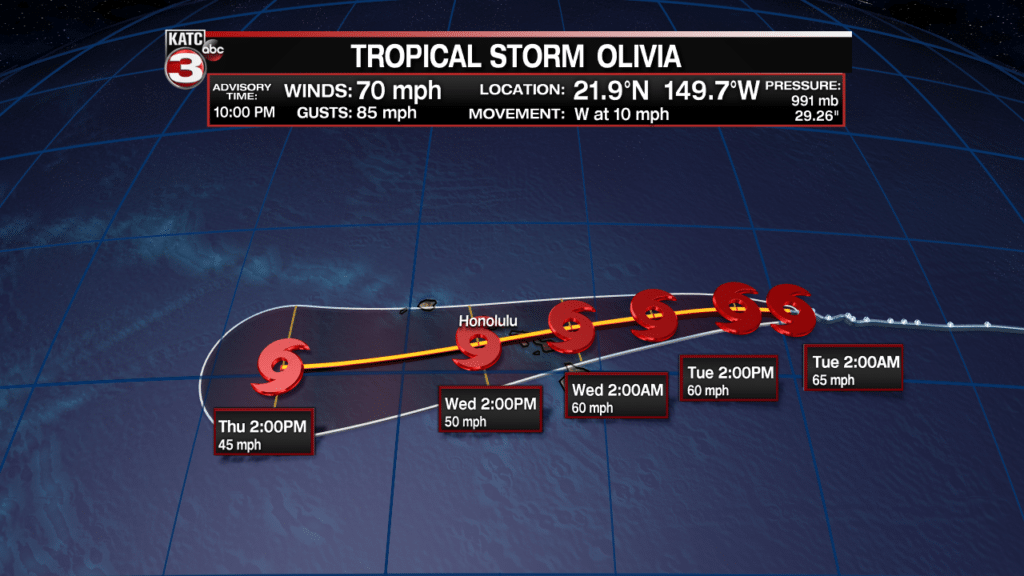