It looks like the rise, wash and repeat cycle will continue for a couple more days.

So, as we head back to work or school on Monday you can expect another day with morning sunshine heating temperatures into the lower 90s before scattered showers and storms start firing up throughout Acadiana around noon and continuing on and off until 6-7pm. 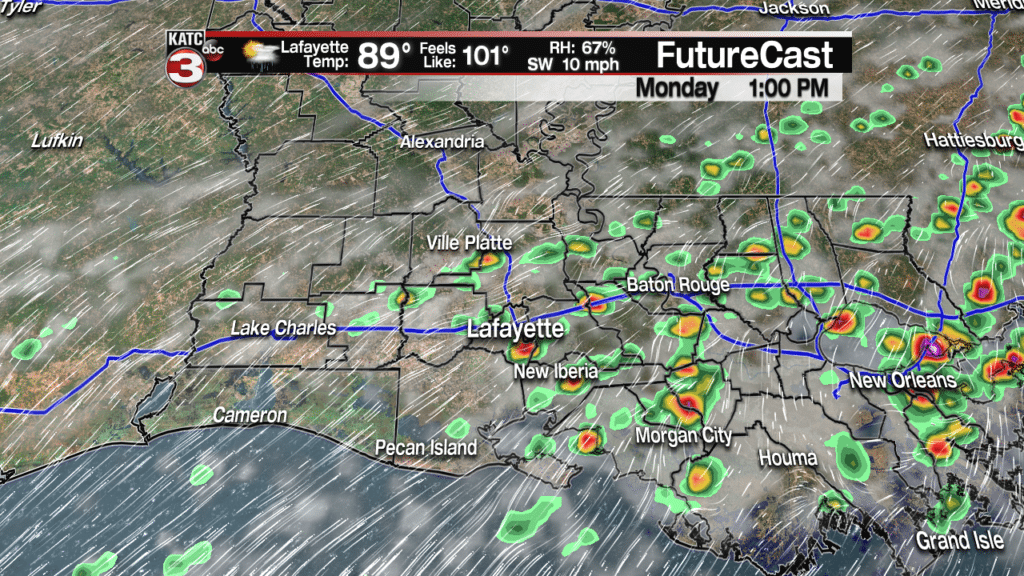 Tuesday a cool front will gradually be dropping down over South Louisiana producing widespread scattered showers and storms during the afternoon/evening. 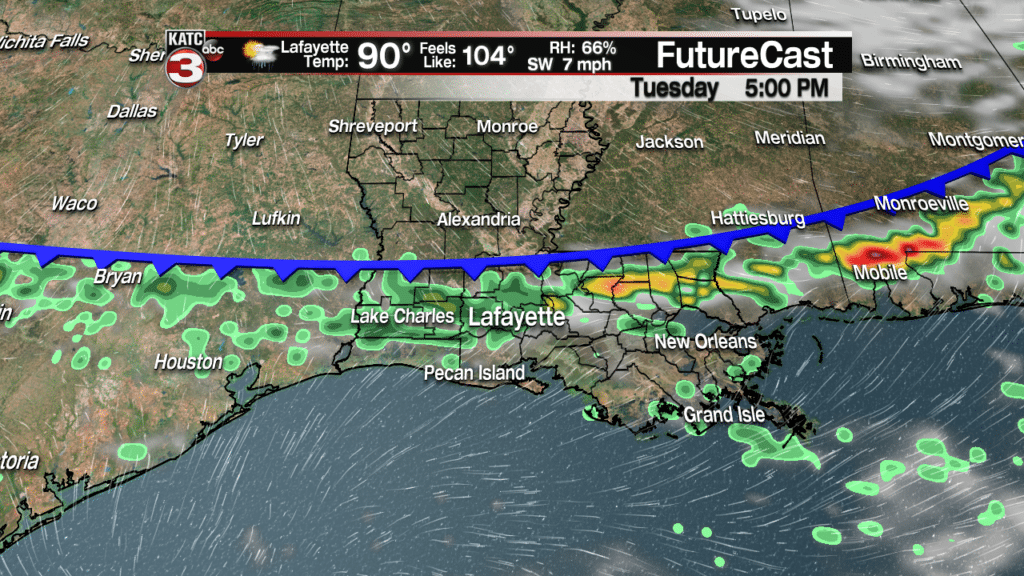 Some of these storms could bring heavy downpours, lots of thunder and lightning and gusty winds between 30-40 mph but no severe weather is anticipated.

In total we will receive about a half inch to an rain of inch over the next couple days while some isolated spots that get the heavy downpours for extended periods could pick up 1-2 inches of rain but flooding should not be an issue outside minor ponding on low lying roads but that should drain quickly once it stops raining. 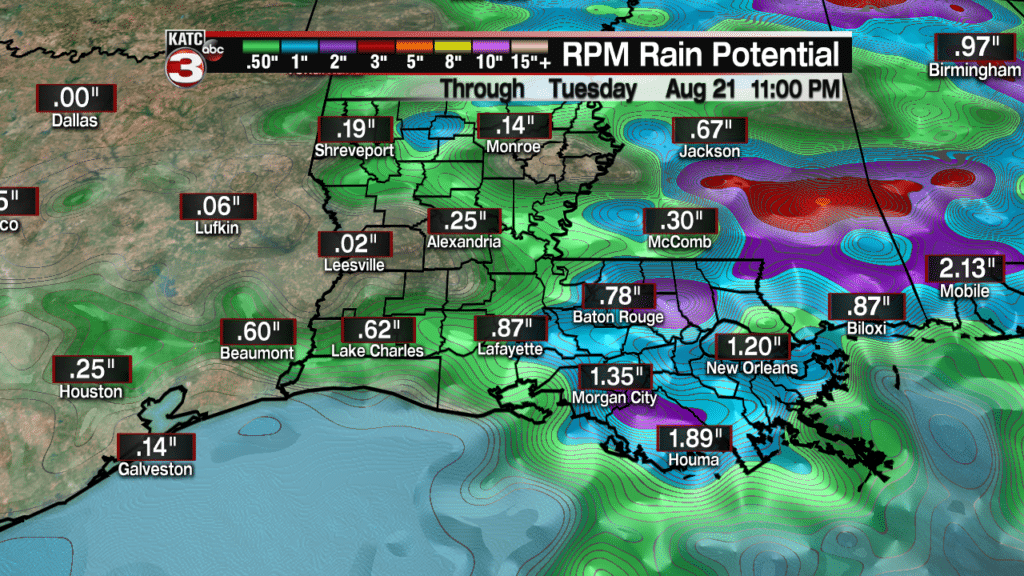 Wednesday the front will push out into the Gulf allowing for drier, less humid air to work down over Acadiana.

This dry air should create mostly sunny skies Wednesday through Friday with highs in the lower 90s.

But at night it will finally feel more comfortable as lows will fall into the upper 60s and lower 70s, which is several degrees below average for August.

As for next weekend winds will shift back out of the south pushing a bit more moisture onshore that could lead to about a 30% for isolated showers/storms during the afternoon, otherwise it should be nice with partly sunny skies and highs in the lower 90s.