Rain chances going up slightly to close out the work week

The copy and paste forecast to start the week continues today with very hot and humid conditions. 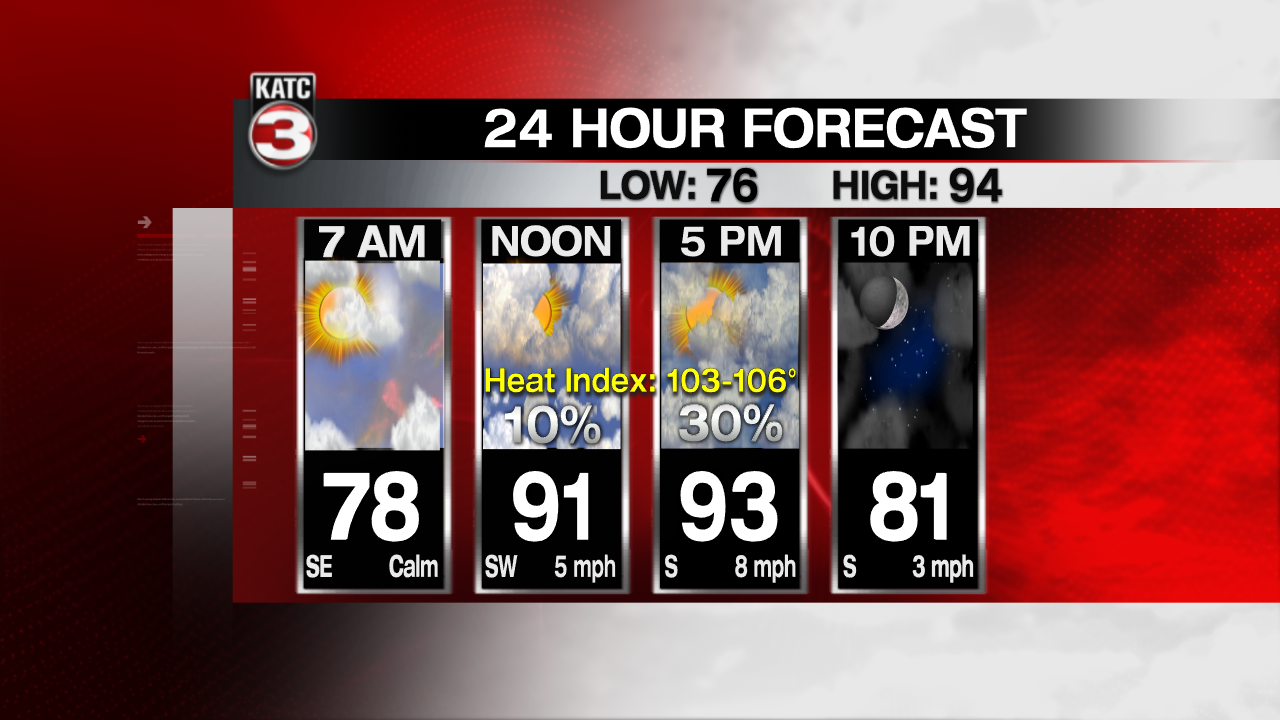 The only difference today is a couple more communities(30%) might be lucky enough to get a brief shower or storm to help cool things off for a little bit this afternoon. 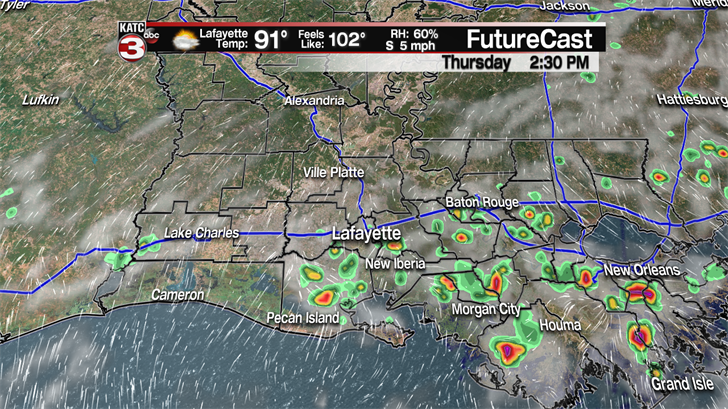 Friday rain chances go up to about 40% as the area of high pressure that had been keeping the rain at bay earlier in the week has moved off to the east allowing for the southerly flow off the Gulf to pump plenty of moisture over the region and produce a scattering of showers and storms. 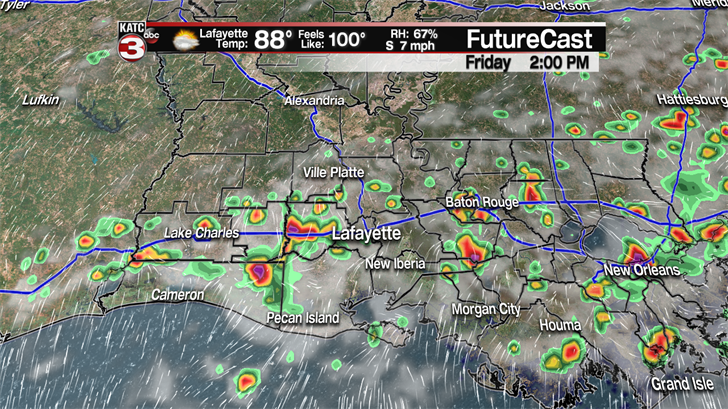 For the weekend the summer-like forecast rolls on with highs in the low to mid 90s, feel like temperatures between 103-106° and a 30-40% chance for hit or miss showers and storms during the afternoon. 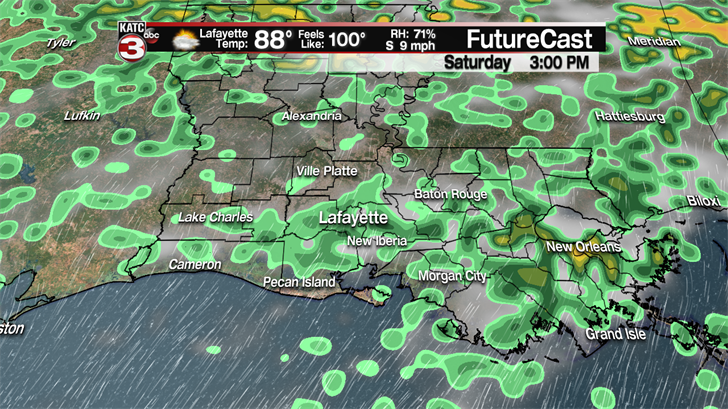 And unfortunately for all you that are sick and tired of this oppressive heat there is no relief in sight as all next week looks to be more of the same with highs in the low 90s each afternoon, triple digit heat indices and a slight chance for an isolated shower or storm. 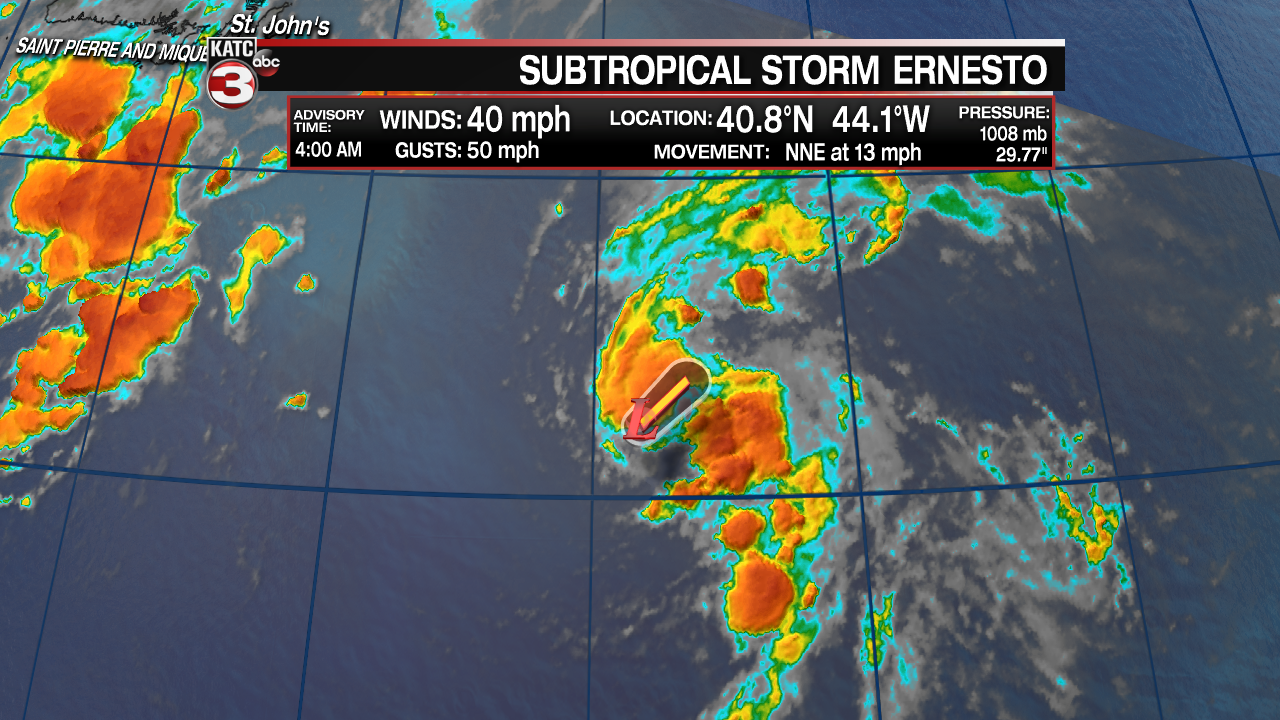 As Ernesto moves to the NNE this afternoon and moves over cooler waters it will transition to a post tropical low before dissipating as it pushes closer to Ireland this weekend. 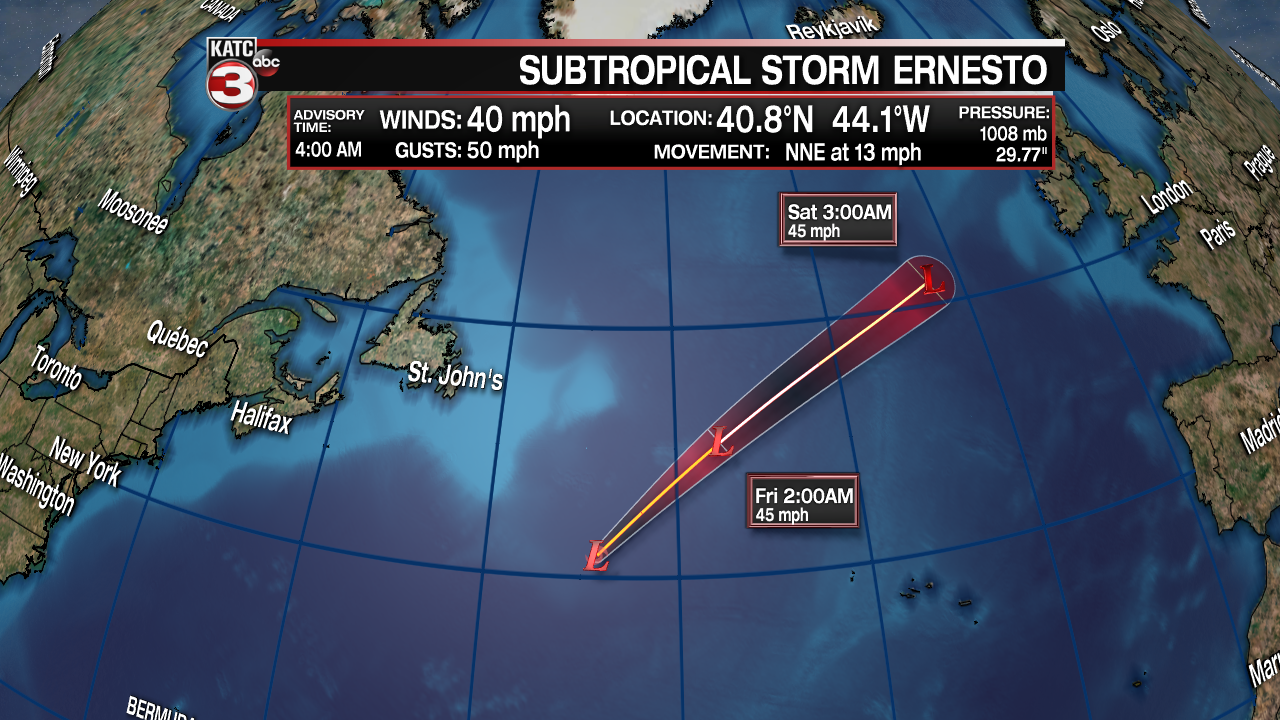 Also in the southern Atlantic to the east of the Windward Islands the National Hurricane Center is watching a wave of showers and storms.

Right now the center is only giving this system a 20% chance of development in the next 5 days as they expect it to run into unfavorable conditions of strong wind shear and Saharan dust as it enters the Caribbean Sea. 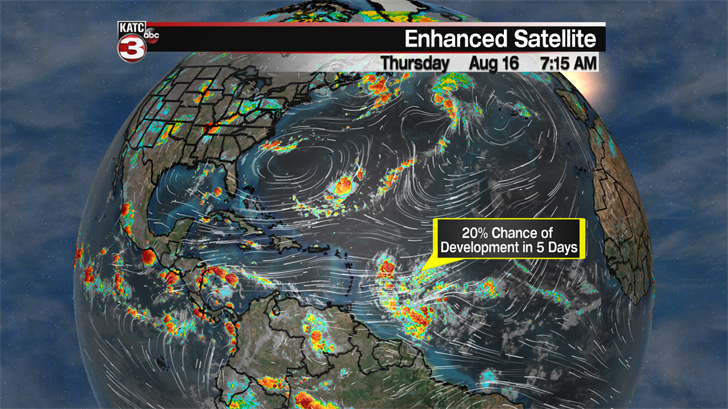