Daily showers continue today and lasts through the weekend

More of the same today as morning sunshine will lead to the daytime heating firing off a fair amount of pop-up showers and storms across Acadiana. 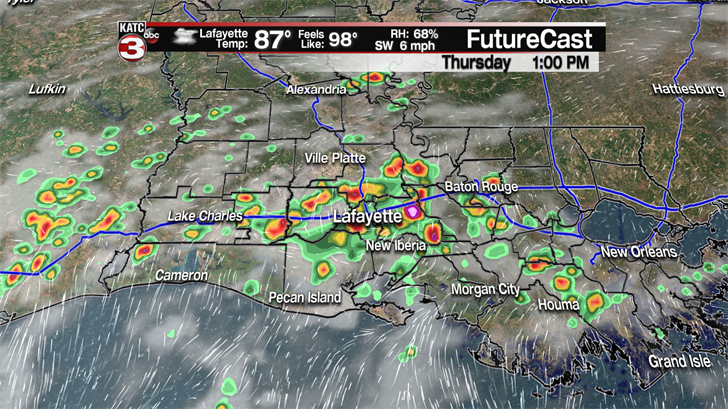 For Friday a frontal boundary that has been stalled to our north over Arkansas will finally work its way down closer to Acadiana to create enough instability to produce a higher chance(60%) for widespread showers and storms during the afternoon. 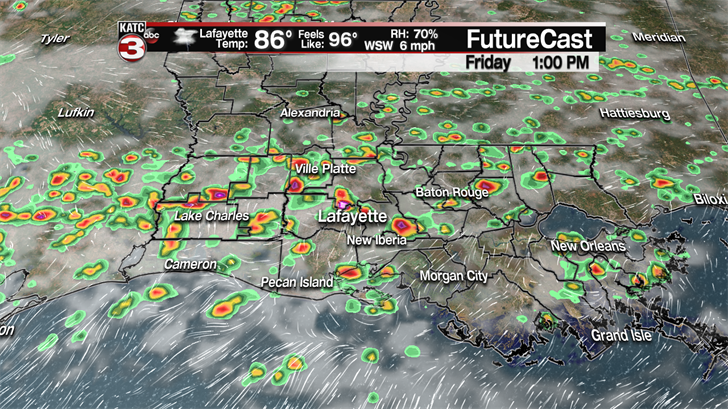 This boundary will still be situated over the region Saturday developing another round of scattered showers and storms. 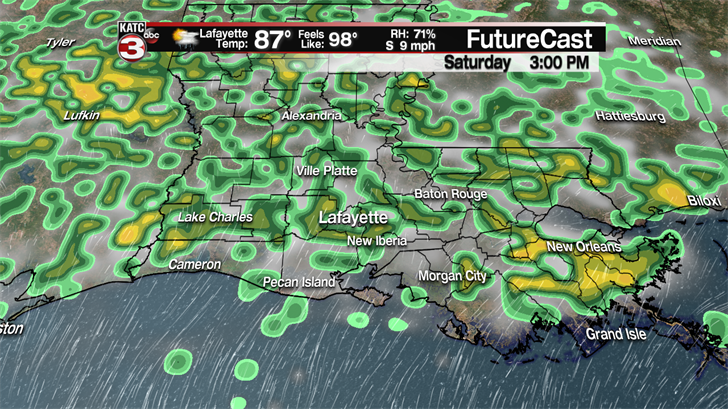 These rounds of showers could produce some much needed rainfall in Acadiana as the RPM is projecting 1-2 inches of rain between now and Saturday night. 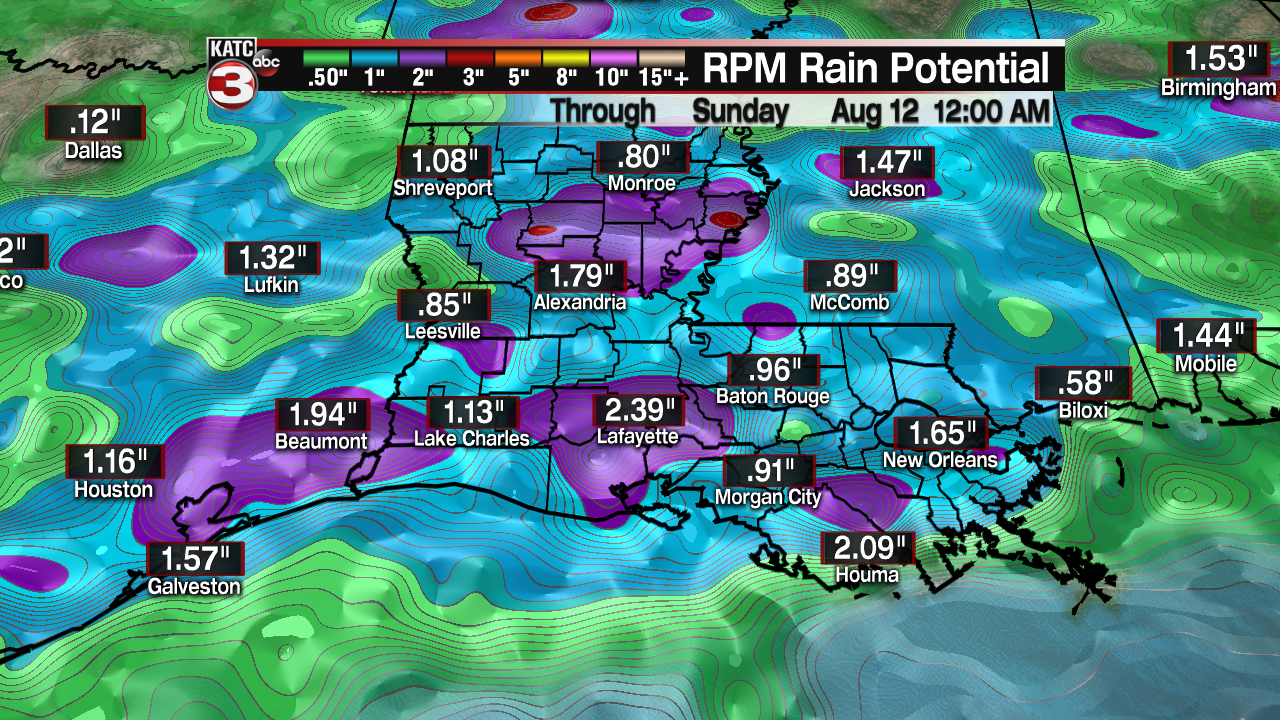 This will not cause any flooding concerns but ponding on roadways in the usual spots can not be ruled out following any heavy downpours but the water should drain quickly once it stops raining.

Sunday the boundary will begin to lift out of the area leading to a bit more sunshine but that heating combined with all the moisture on the ground and in the atmosphere will keep a decent chance(40%) for hit or miss showers during the afternoon.

For astronomy fans this weekend is the Perseid meteor shower with late Sunday night into Monday morning being the peak time to see about one meteor every couple minutes. 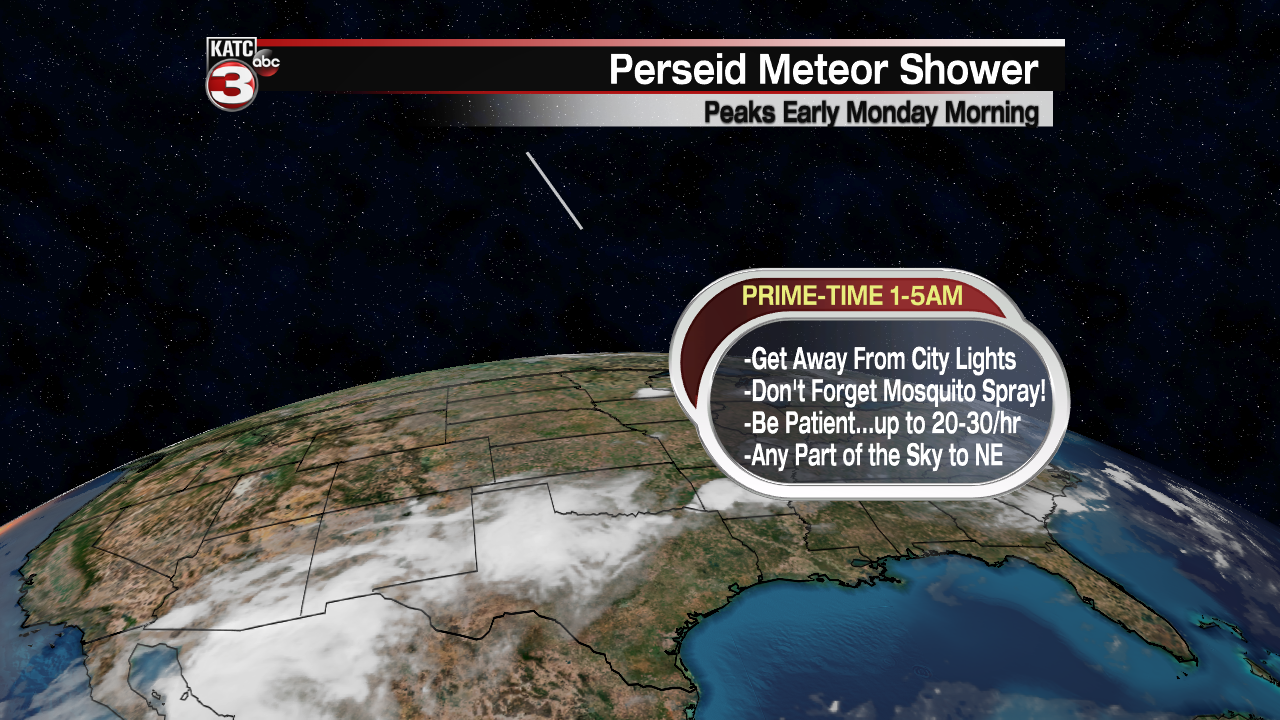 Heading back to school and work next week high pressure will slide over the region setting up a hot and humid stretch of days with highs in the low to mid 90s and feel like temperatures between 103-106°.

Also thanks to the high pressure rain chances should go way down to just 10-20% so farmers and construction workers working outside should have no issues other than the heat.

In the far northern Atlantic we still have Tropical Storm Debby with winds up to 45 mph. 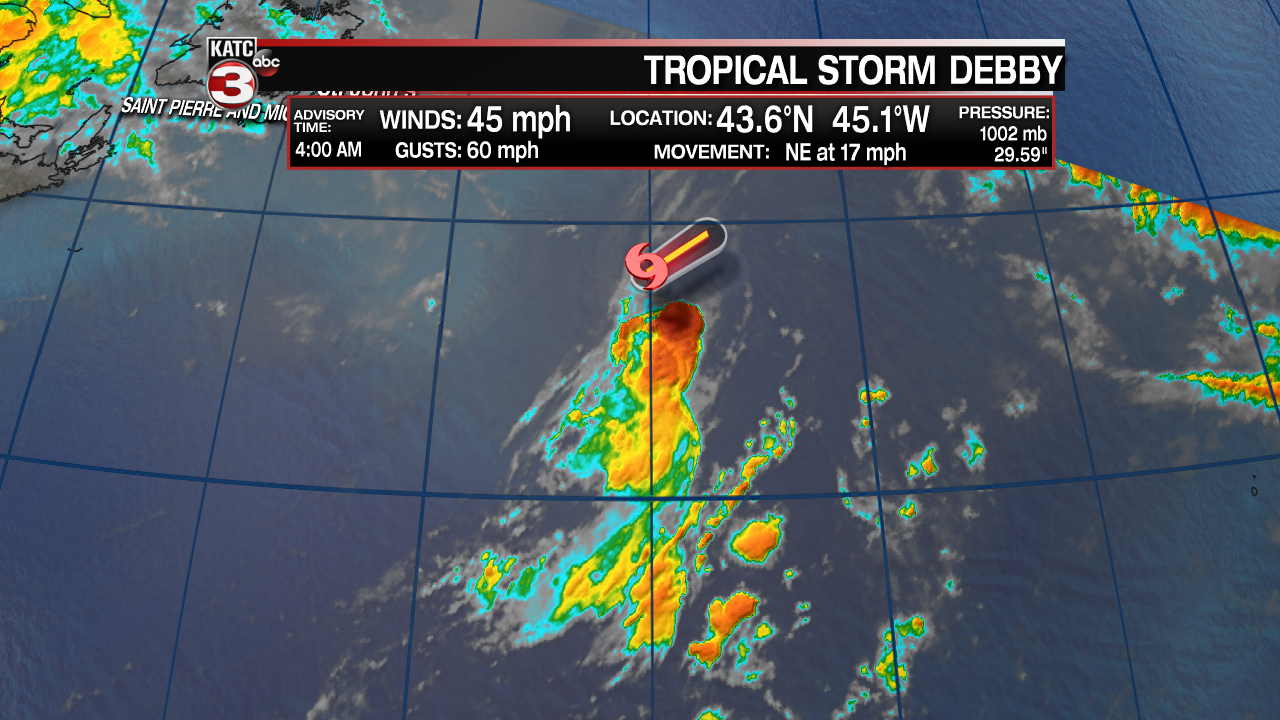 However, Debby is rapidly moving over cooler waters and is encountering some wind shear causing it to weaken and the National Hurricane Center expects the system to dissipate later today or early Friday morning. 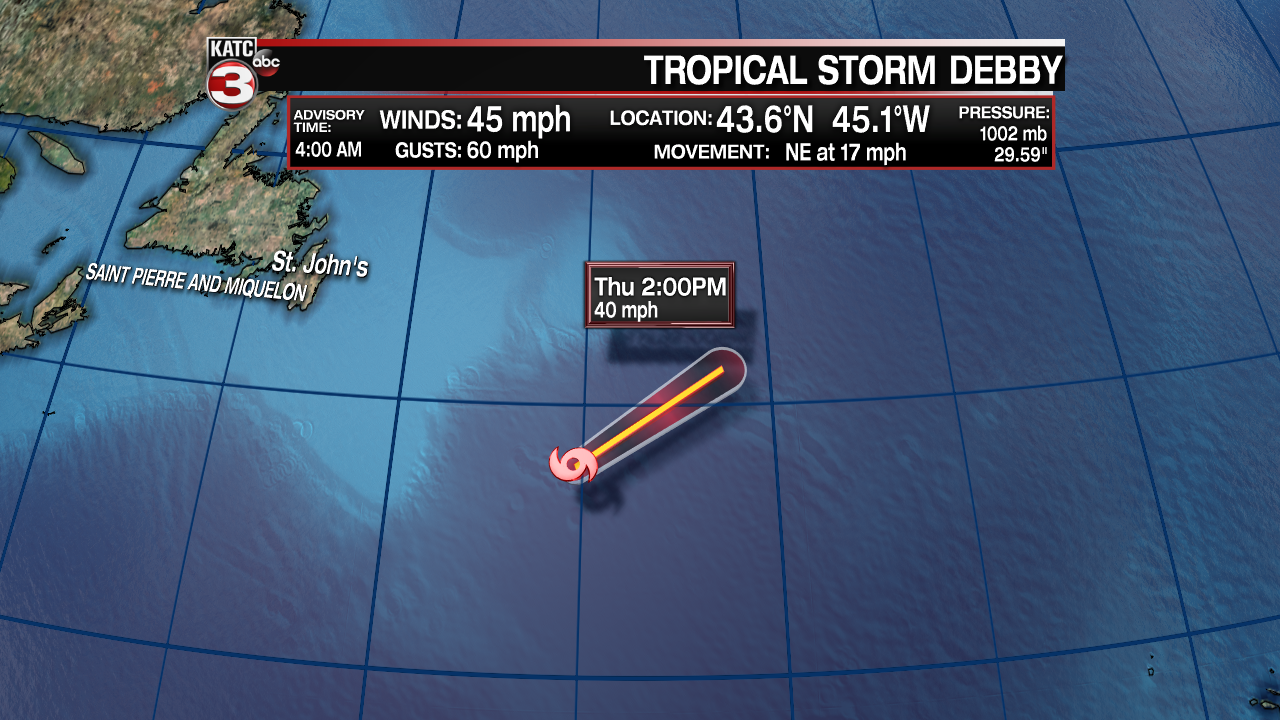