Mostly fair skies to begin your work week, although there will be a few showers and storms early this morning along the coast and offshore. A very moist air mass is in place again as temperatures have bottomed out in the mid 70s. We’re still stuck between two ridges of high pressure. One, just off the Atlantic coast, and another that dominates the desert southwest. In between, there is still a weak trough, and that’s lying over the area today. Daytime heating kicks in, scattered storms will begin developing along the coast and move inland through the day. 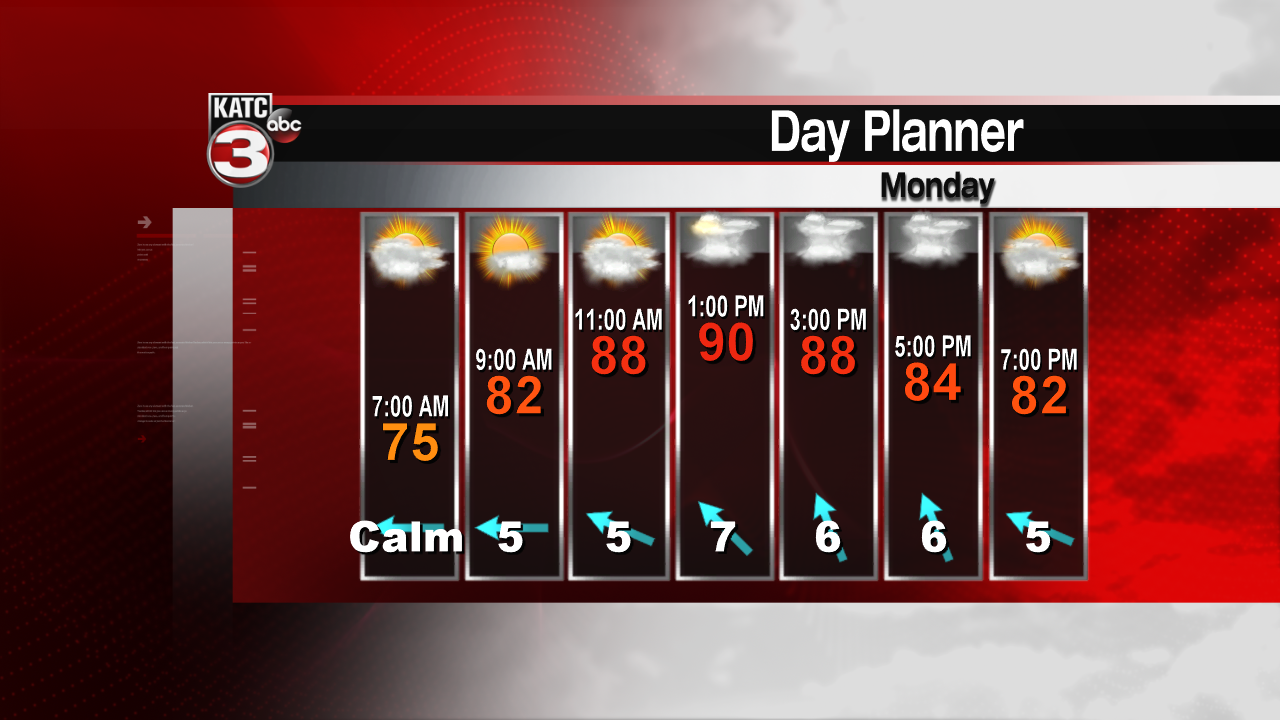 Temperatures are expected to hit the upper 80s to near 90 degrees along the coast, because of cloudiness and the chances for rain starting earlier in the day. Along I-10 and northward, temperatures are expected to reach the low to mid 90s before the storms move in. Expect the heat index values to exceed 100 degrees, possibly as high as 105 over central Louisiana. Because the atmosphere is rich with moisture, any storms that do develop will bring brief heavy rains. Some of the slower moving storms could drop 1-2 inches of rain per hour. Plenty of lightning and thunder will accompany these storms with occasional wind gusts over 40mph. 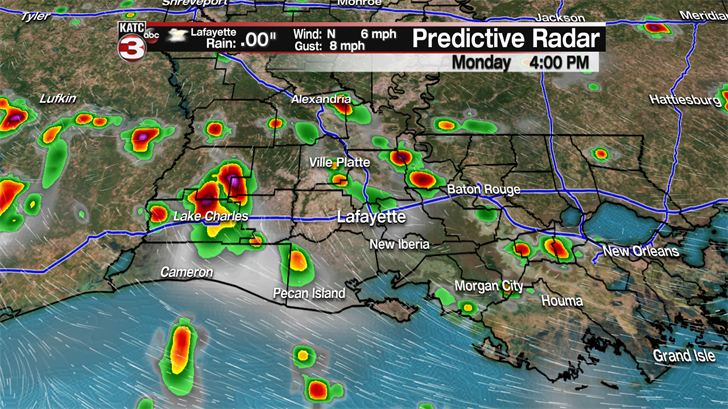 It appears we’ll be stuck in this pattern through at least Tuesday. Wednesday and Thursday show some promise that storms will be limited in coverage and intensity. By the end of the week and the weekend, it appears the unsettled weather will return with increasing chances for showers and thunderstorms. No tropical weather to worry about locally. There is a disturbance over the northern Atlantic that has a slight chance for development, but the chances of it having any impact on our area is zero.