Humidity will return today as skies will remain partly cloudy. Early in the day it will be fairly pleasant with temperatures dropping into the upper 60s and lower 70s. Dew points are still fairly low, but will increase toward the afternoon. With dew points expected to climb back into the low to mid 70s, heat index values will be exceeding 100. In addition to the moisture, a few scattered storms are possible, generally over the eastern half of the region. 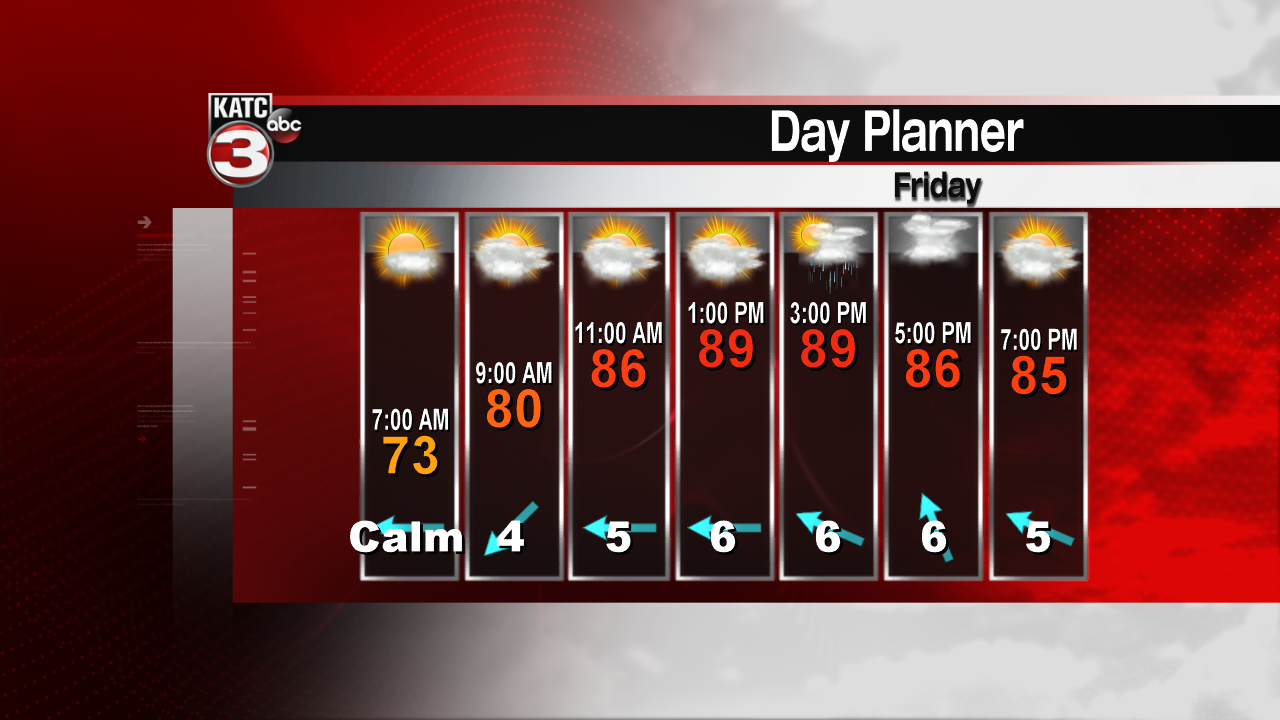 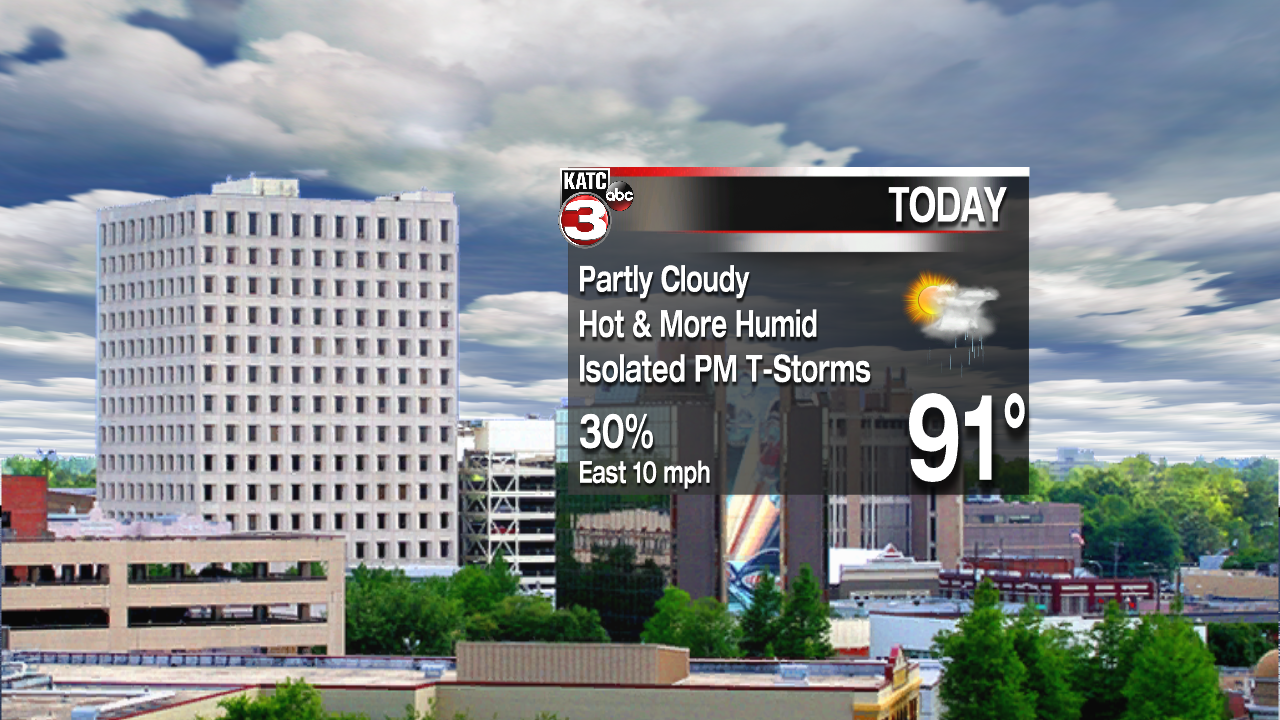 Overnight, skies will remain partly cloudy. Temperatures should drop into the lower to middle 70s. A few scattered storms will remain in the offshore waters during the darkness hours. Winds will be shifting to the southeast allowing more Gulf moisture to stream in. By Saturday, moisture levels will be at their maximum, and it won’t take much heat to get storms going. We’ll be squeezed in between two upper ridges, one over the desert southwest, and the other over the eastern Gulf and western Atlantic. The weakness in between will create enough instability that showers and storms will be likely during the midday and afternoon period with locally heavy downpours possible. Temperatures Saturday will stay in the upper 80s. 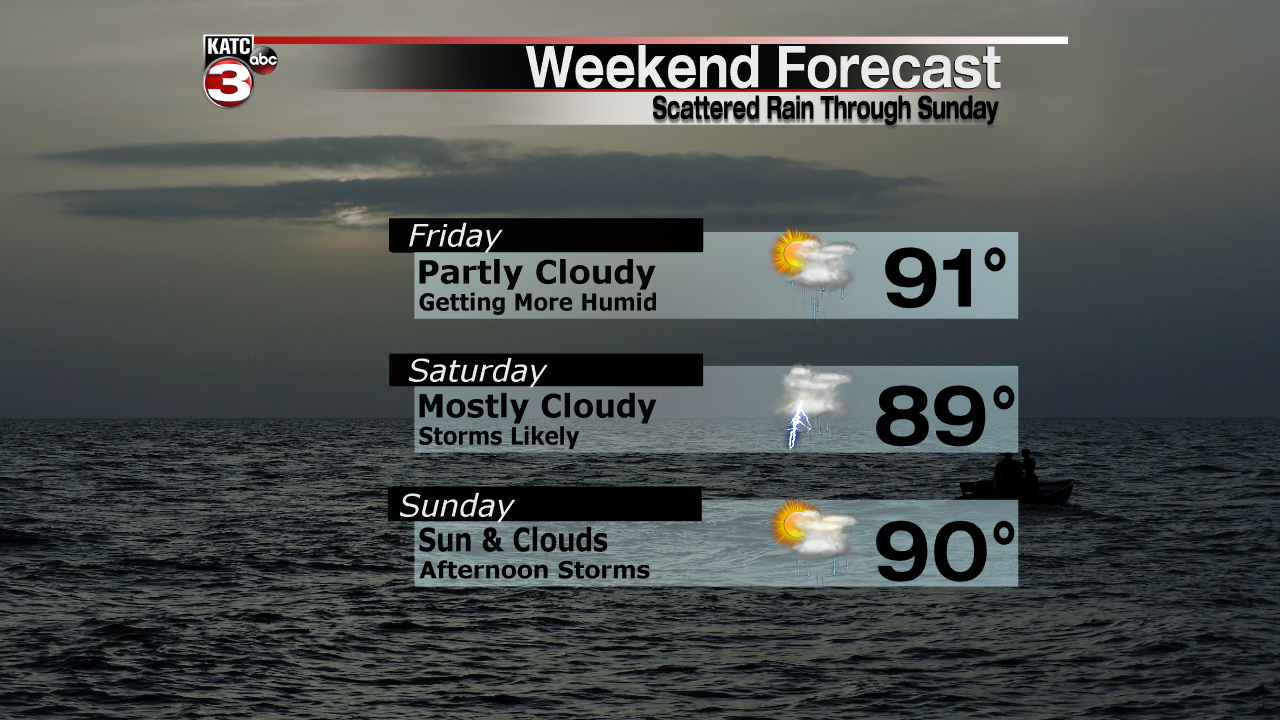 Saturday night and Sunday should remain unsettled, although a bit less coverage of rain is expected toward the end of the weekend. Expect partly to mostly cloudy skies Sunday with widely scattered showers and storms during the afternoon. Highs will hold near 90 degrees with a heat index near 100.

Tropical weather should remain quiet through the weekend.