Fair skies will greet you on your Thursday morning with fairly comfortable temperatures. Much of the inland area has dropped to near the 70 degree mark, with a handful of areas dipping into the upper 60s. Along and south of US 190, we’re seeing mostly clear skies with temperatures in the low to mid 70s. Dew points have been dropping off since Wednesday afternoon as a nearly stationary front has edged eastward. A few storms are noted in the offshore waters and a few of those could clip the coast around sunrise. 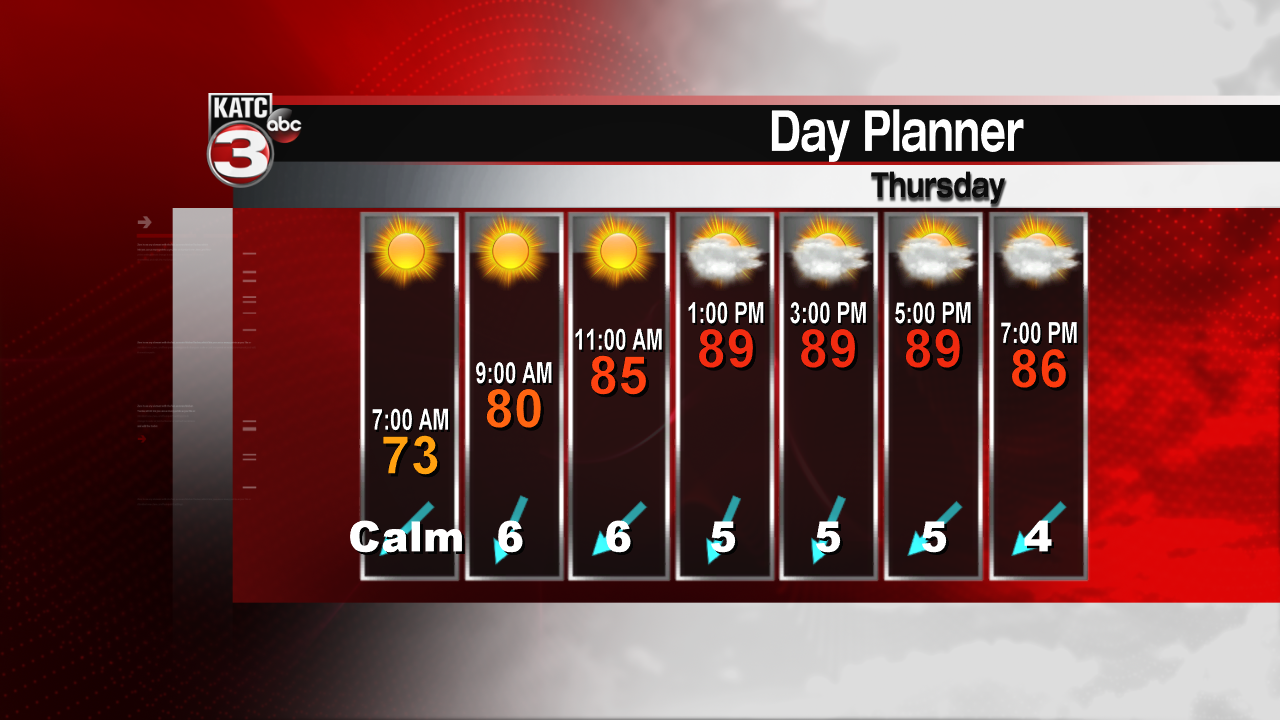 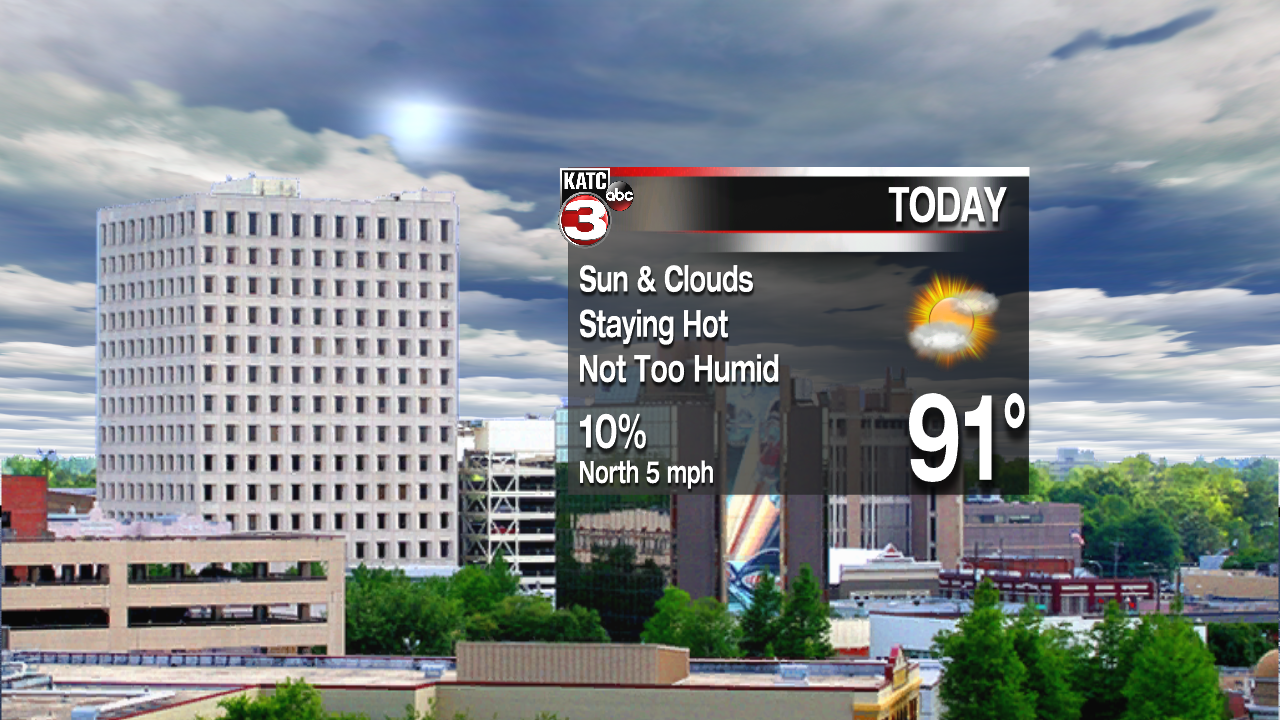 Skies are expected to be partly to mostly sunny today. Dry air in the upper levels, with slightly drier air at the surface should keep the region rain free. Afternoon temperatures are expected to reach the low to mid 90s. Humidity levels won’t be too bad. The front will begin washing out Friday allowing more moisture to return. More instability will be likely over the weekend and rain chances will be increasing. Afternoon storms should be pretty likely starting Saturday and continuing into Monday. Temperatures over the period will be close to normal with highs in the lower 90s and lows in the mid 70s. If storms kick in earlier in the day Sunday, we may see highs remain in the upper 80s. 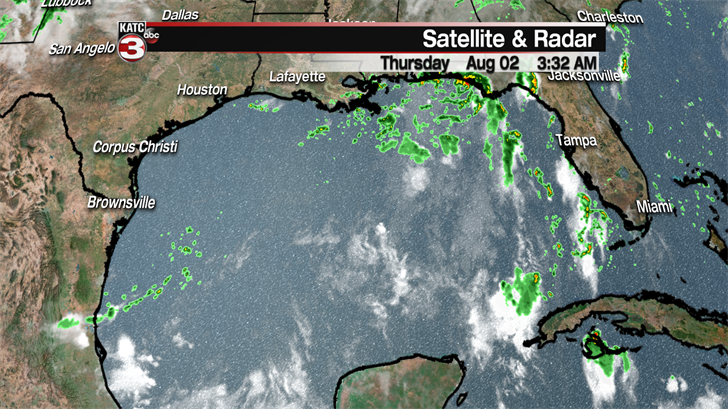 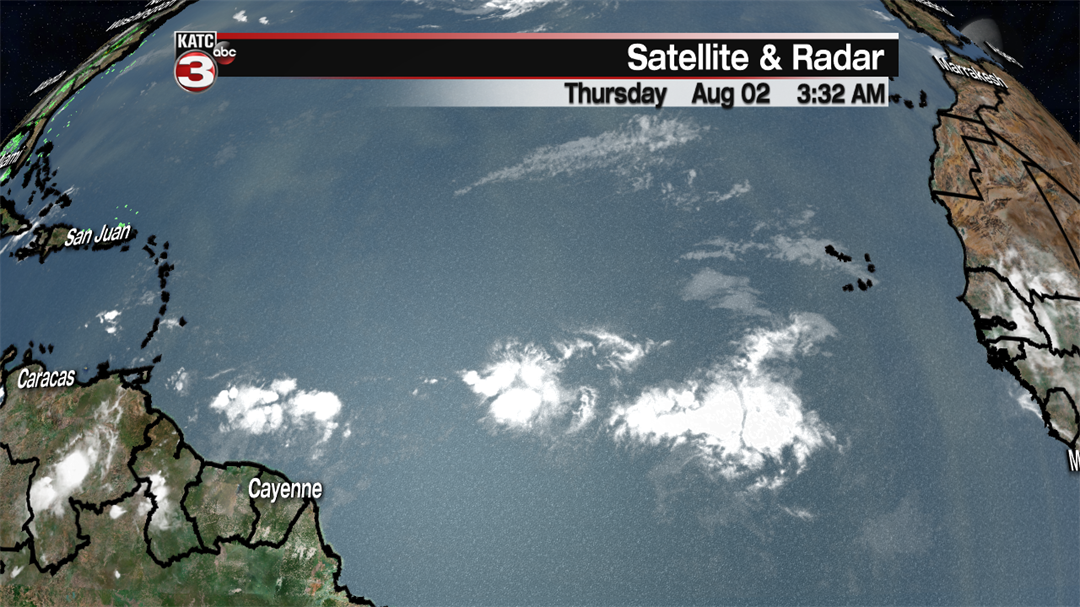 Next week looks like a typical summer type forecast with a few afternoon storms and highs in the lower 90s.  There’s a lot of moisture over the Gulf of Mexico and a bit of a tropical wave near the Yucatan. Otherwise a few tropical waves are moving across the central Atlantic Ocean. Nothing is looking too interesting, and new tropical development is not expected through the weekend.