A muggy start to the work week as most of the overnight showers and storms have dissipated. We’ll see some high cloudiness during the early part of the day, but still bright and sunny. Temperatures will start in the mid to upper 70s with dew points in the lower to middle 70s. This produces humidity levels over 80%, so remaining pretty sticky during the early part of the day. Later this afternoon as temperatures reach the lower 90s under partly cloudy skies, a few storms will begin forming. Most will develop along the afternoon sea breeze and drift northward from the coast. A few storms will also develop along an old boundary over the ArkLaTex and drift southward. These northern storms could reach northern sections of the region very late this afternoon into the evening hours. Expect the heat index to run between 100 and 105 before any storms move in. 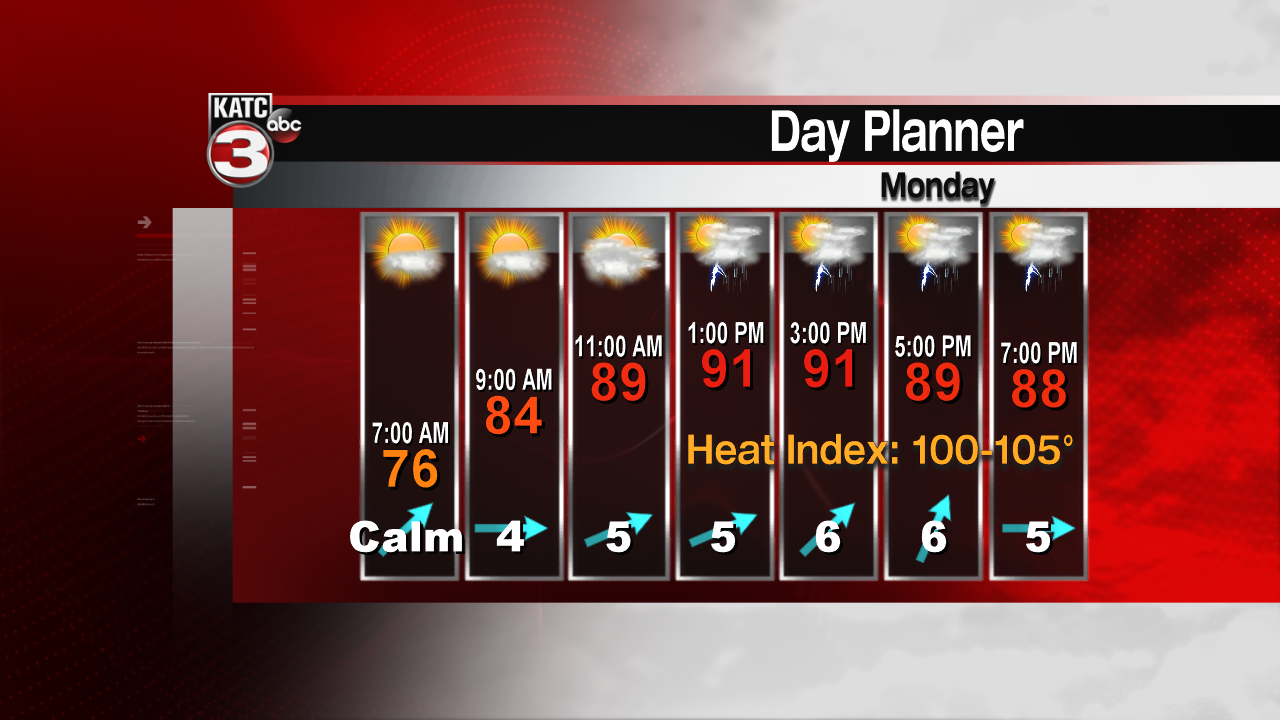 Overnight, skies will clear with temperatures back in the mid to upper 70s. Chances for rainfall will be a bit better for both Tuesday and Wednesday. Generally these storms will be developing during the afternoon. Highs will reach the lower 90s with heat index values as high as 103. Some of the storms will be healthy rain producers. Toward Thursday and Friday, it appears we’ll see a break from the storms, and get back to partly cloudy skies and highs in the lower 90s. Rain chances are expected to return late this weekend, with mainly afternoon storms and temperatures around 90 degrees. Better coverage of rain could linger into next week.

Tropical weather remains quiet and no tropical development is expected this week.