The system that brought Wednesday’s heavy rains has moved out of the area so today we will just be dealing with the typical summer time convection showers and storms this afternoon that fire up with the heating of the day. 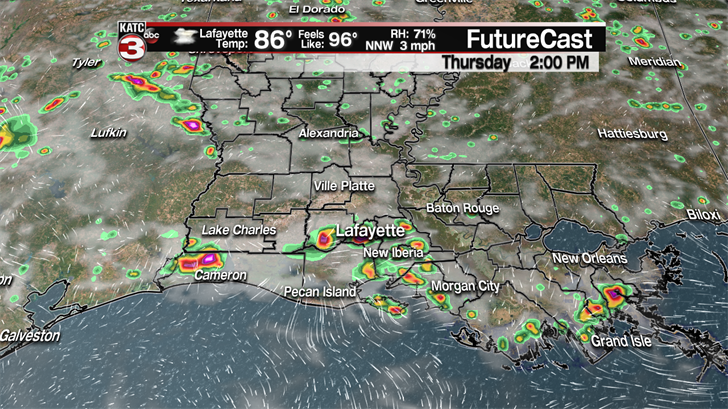 However, with all the rain of late the ground has plenty of moisture to work with meaning we will still have about a 40% chance for hit or miss showers and storms to develop throughout Acadiana, some of which could produce rounds of heavy rains and rumbles of thunder and lightning.

When it’s not raining it will be rather hot and humid with highs climbing into the lower 90s and feel like temperatures pushing the century mark making it a perfect day to head to the pool to try to cool off. 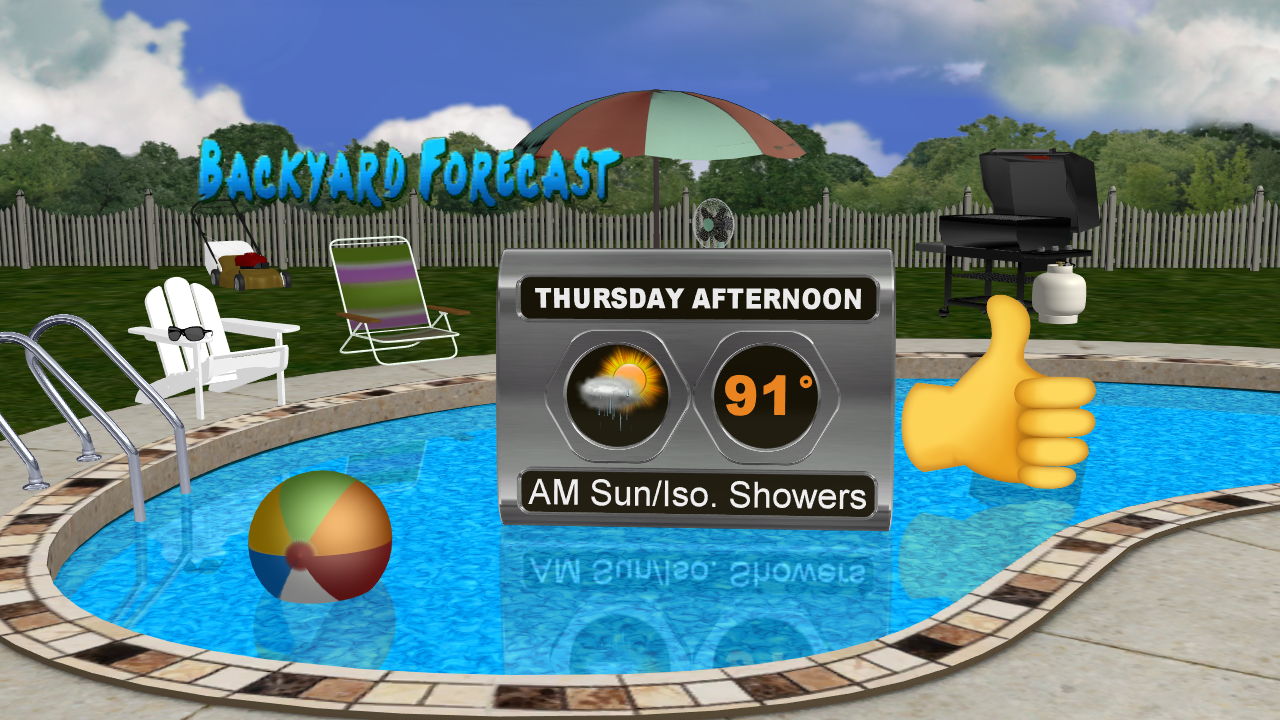 Friday will be more of the same with mostly sunny skies to start the day before clouds build leading to a 40% chance for scattered showers and storms during the afternoon. 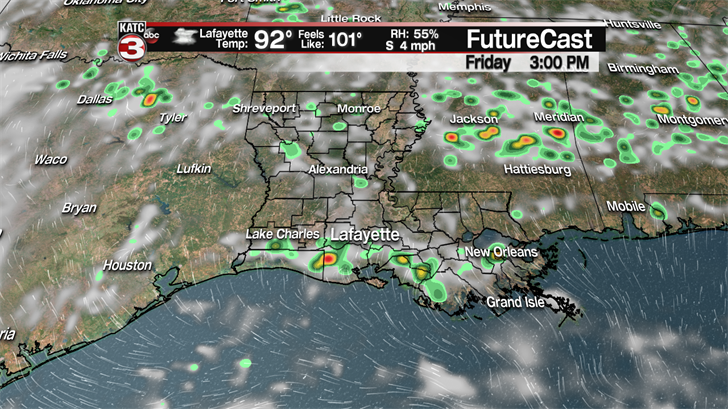 Any of these showers that do form should not last long, maybe only 20-30 minutes, so widespread flooding will not be an issue.

Moving into the weekend the unsettled weather pattern will continue so outdoor plans should be completed in the morning before the afternoon showers and storms have a chance to develop. 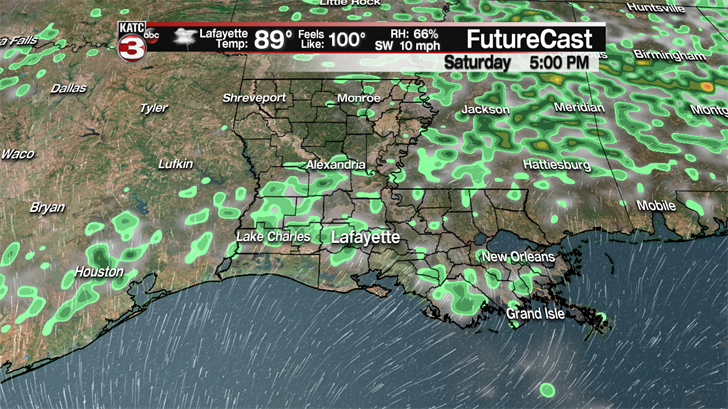 If you want to do something during the afternoon without getting rained on Sunday looks to be the better day to do that as rain chances will be only around 30% compared to 40% on Saturday.

Looking ahead to next week this typical July weather will march right along with partly sunny skies in the morning heating temperatures into the lower 90s and heat indices topping out in the triple digits followed by scattered showers and storms during the afternoon.

In the Atlantic, Chris has weakened to a tropical storm with winds of 70 mph and gusts up to 85 mph. 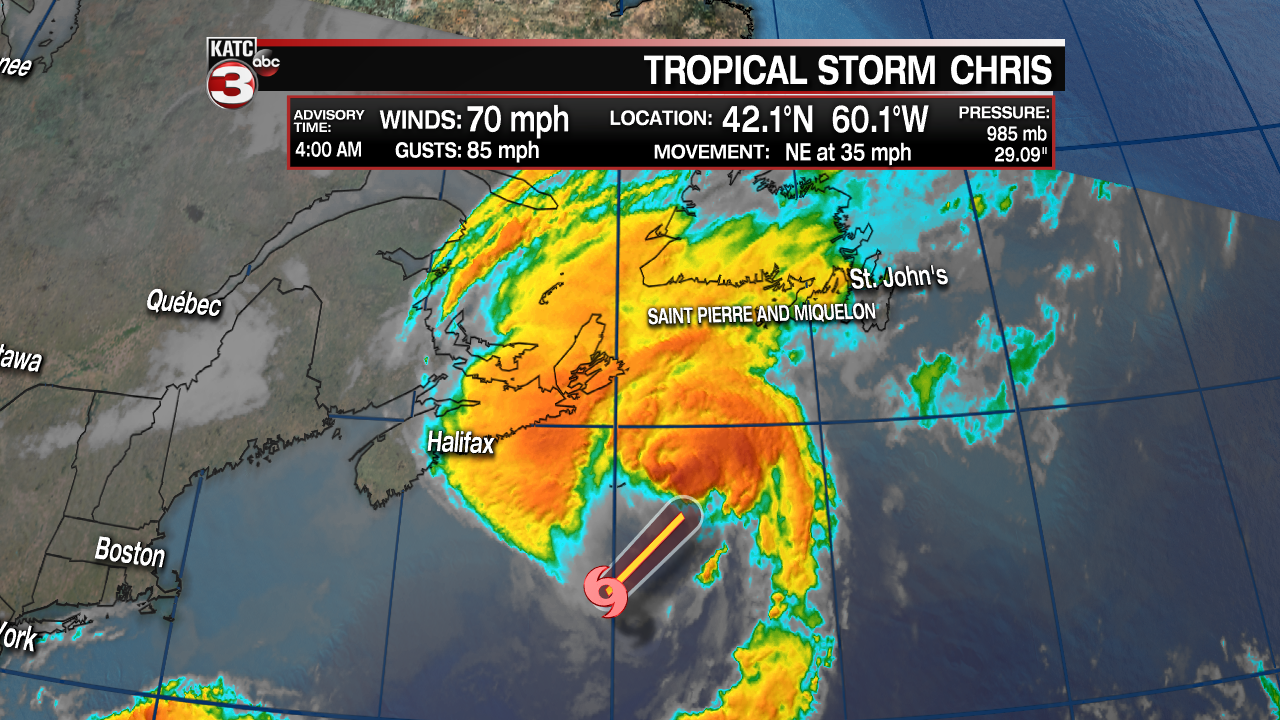 Chris is zipping off to the NE at 35 mph and will brush by St. John, Newfoundland this afternoon. 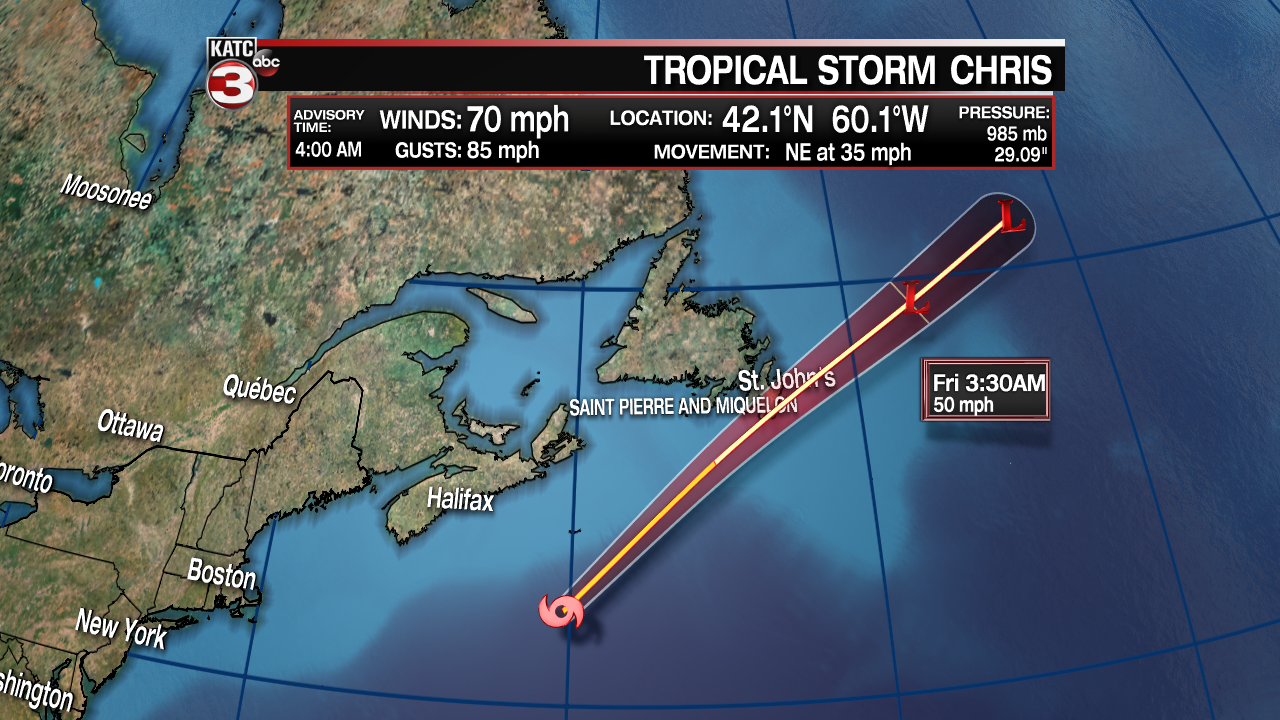 However, Chris is moving over some relatively cool water causing the system to lose its tropical characteristics becoming a post tropical system later today with wind gusts up to 40-60 mph as it heads off to the waters near Iceland later this weekend. 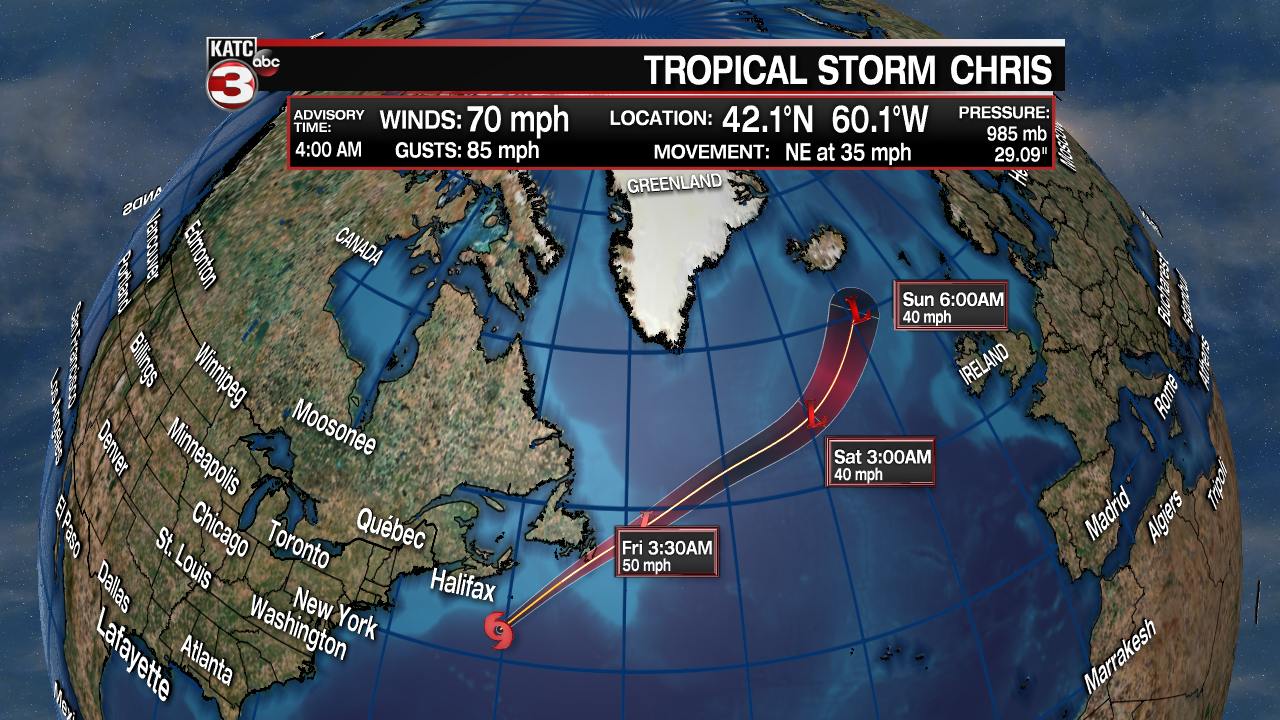 As for the remnants of Beryl now located near the Bahamas the showers and storms seem to be falling a part as the National Hurricane Center has lowered it to a 10% chance of redeveloping in the next 48 hours.

But if the showers and storms can hold together a little longer the hurricane center still thinks there is a 50% chance for it to become better organized and form into something over the next 5 days as they move over the warm waters of the Gulf Stream off the East Coast. 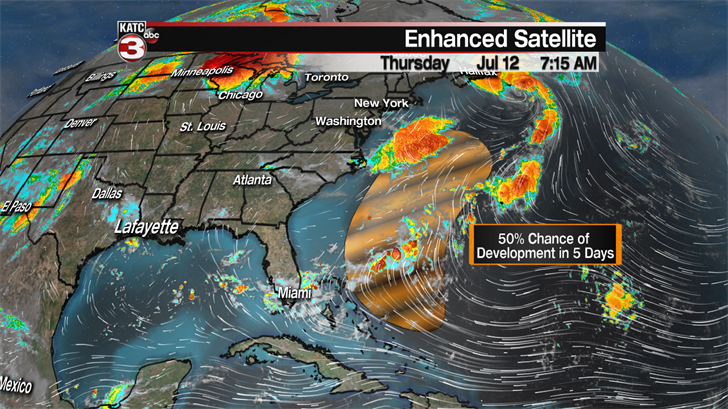 The good news is I am not expected these showers and storms to cause any major issues for the east coast but still something to watch in the coming days.