Let’s take a break from talking about the daily chances of rain (they’re still there and we’ll get there eventually) and talk instead about the new drought monitor that was released on Thursday. 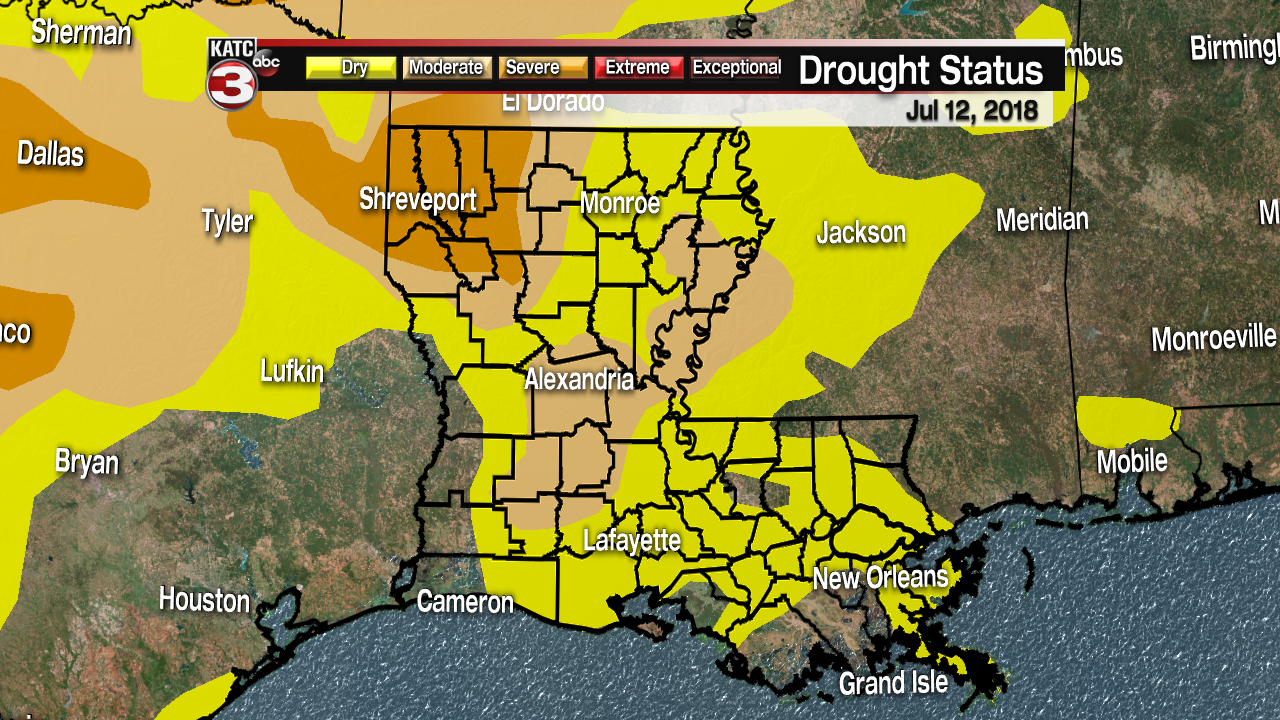 The map largely looked the same as it did last week with only west Louisiana and St. Mary Parish easing out of the yellow and back to more normal conditions.

As for the rest of Acadiana, however, it is still either abnormally dry or experiencing a moderate drought which seems very remarkable after constant daily rainfall for the last few weeks.

This speaks to just how dry it was this spring and early summer, save a few times we avoided our usual severe weather season and for the entire month of June we mustered barely over two inches of rain.

Acadiana’s overall weather pattern looks favorable to still try and catch up on some of that rain, daily rain chances will persist for at least a week and it’s better to catch up slowly from rainy day after rainy day then it is all at once.

It’ll be interesting to see if we can ease out of drought, or near drought, conditions by the end of the summer as traditionally our fall season is the driest time of the year.

There is a lot of summer to power through before the fall and rain chances remain at least scattered everyday for the foreseeable future which will help with our lack of precipitation this year.

At this point of the summer you know the forecast more or less by heart, the mornings and evenings are quiet, warm and muggy while the afternoons are spotted with showers, hot, and muggy (the two last ones never change no matter the day or time of day).

Friday will look very similar to the weather on Thursday with a slight uptick in rain chances expected by the weekend, but nothing that would signal a washout.

If you’re curious what next work week looks like it looks like the week we’ve basically had every week this month.