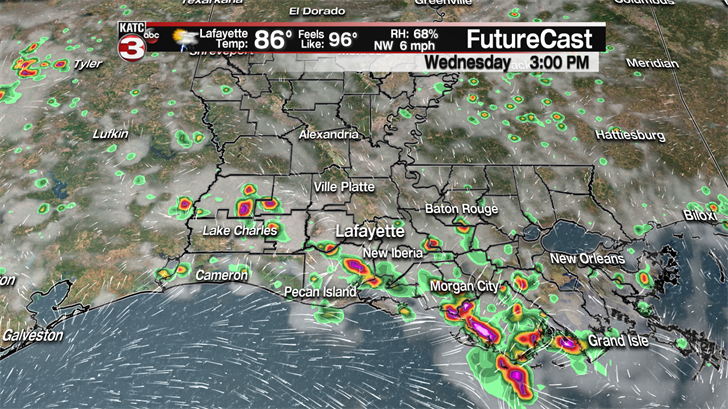 The rainy pattern looks to continue to close out the work week with a 40-50% chance for afternoon showers and storms on Thursday and Friday. 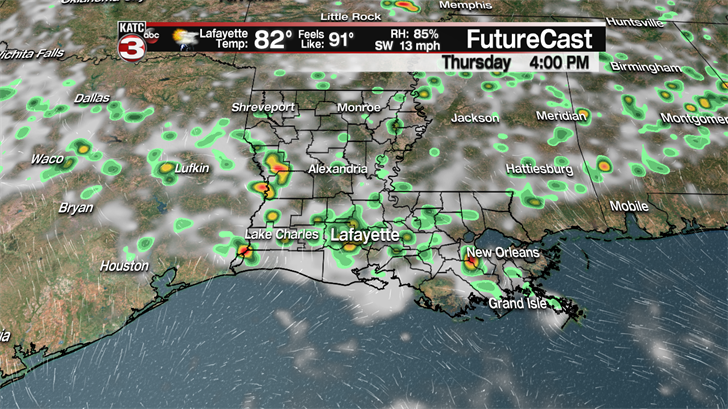 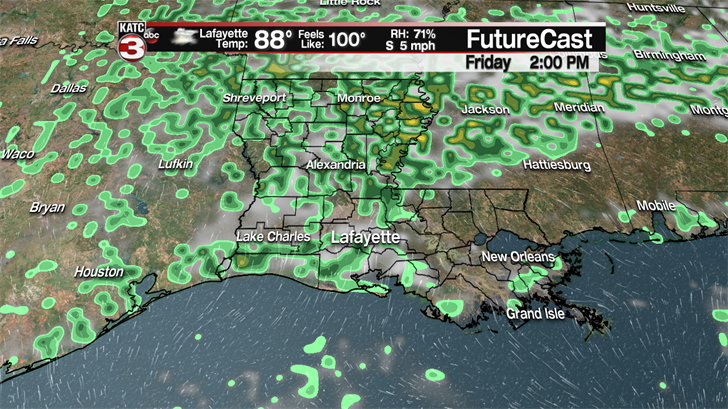 Looking ahead to the weekend no real changes to the forecast meaning we will have times of morning sunshine before scattered showers and storms develop during the afternoon. 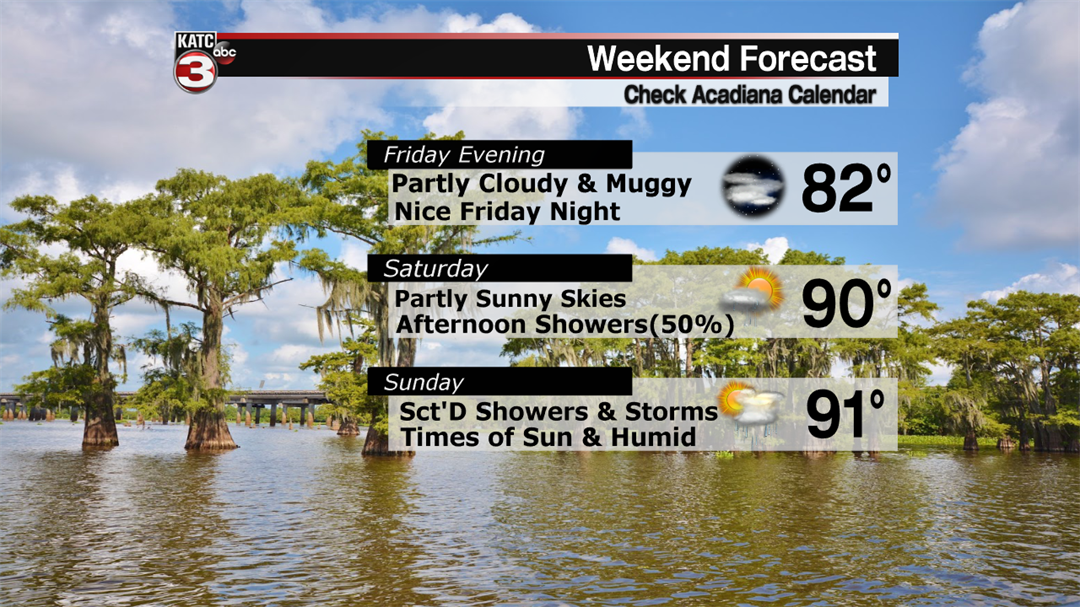 So, if you plan on cutting the grass or doing other outdoor activities this weekend you will want to get them done in the morning rather than the afternoon.

In the extended forecast for next week it will be more of the same with partly sunny skies in the morning heating up temperatures into the lower 90s with feel like temperatures pushing the century mark before hit or miss showers and storms fire up in the afternoon.

In the tropics Hurricane Chris is now a category 2 storm with sustained winds of 105 mph and gusts up to 125 mph. 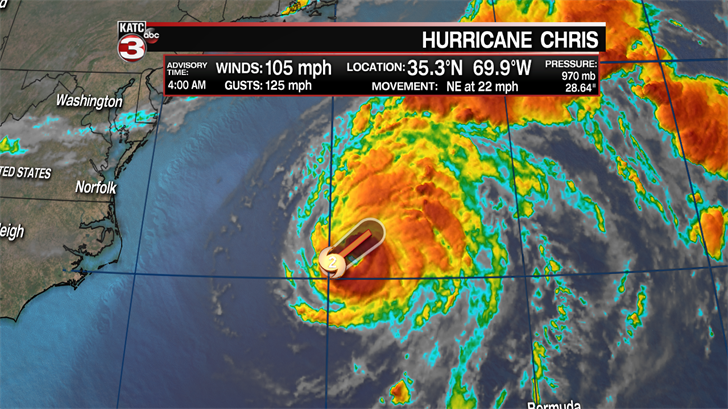 After being stationary off the Carolina coast the past several days it is finally beginning to pick up speed and race off to the NE at 22 mph.

As Chris moves off to the NE and pushes out of the warm Gulf Stream, which has been fueling its intensification, it will gradually begin to weaken but could still remain a hurricane as it approaches and maybe clips Newfoundland late Thursday night. 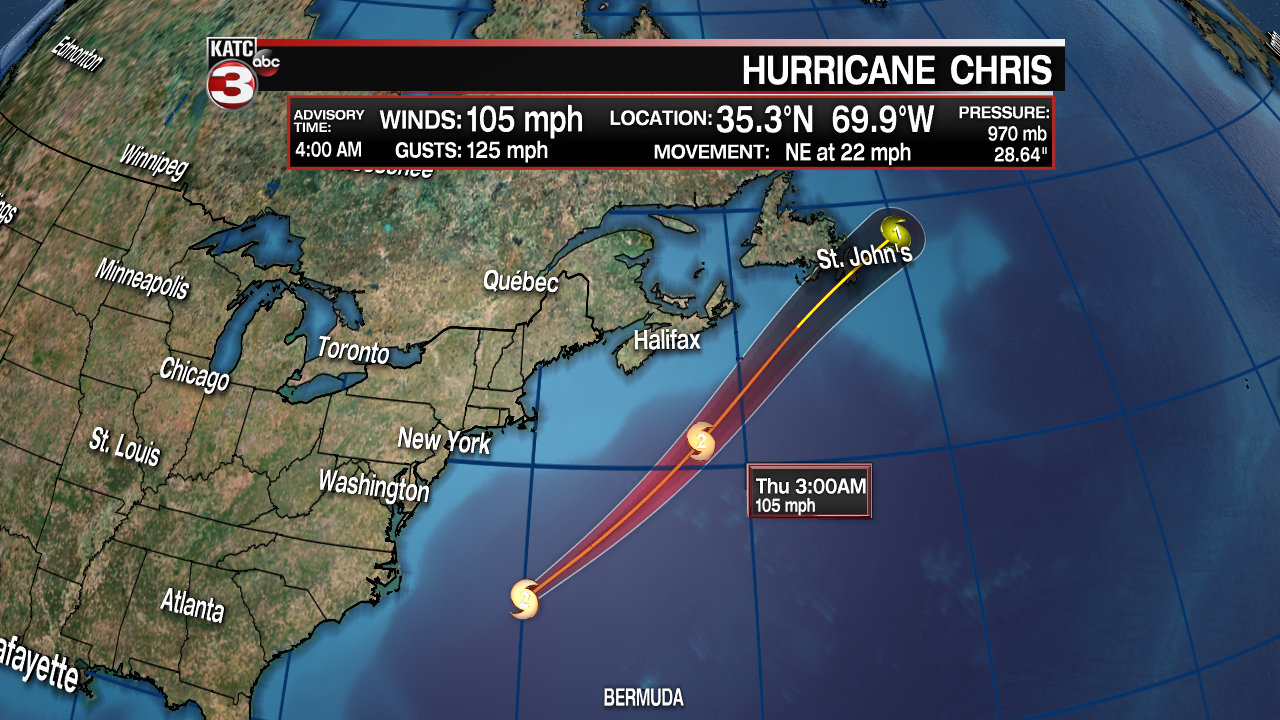 After that Chris will move over the cool north Atlantic waters and lose its tropical characteristics but could still have wind gusts up to 35-40 mph as it nears Iceland later this weekend. 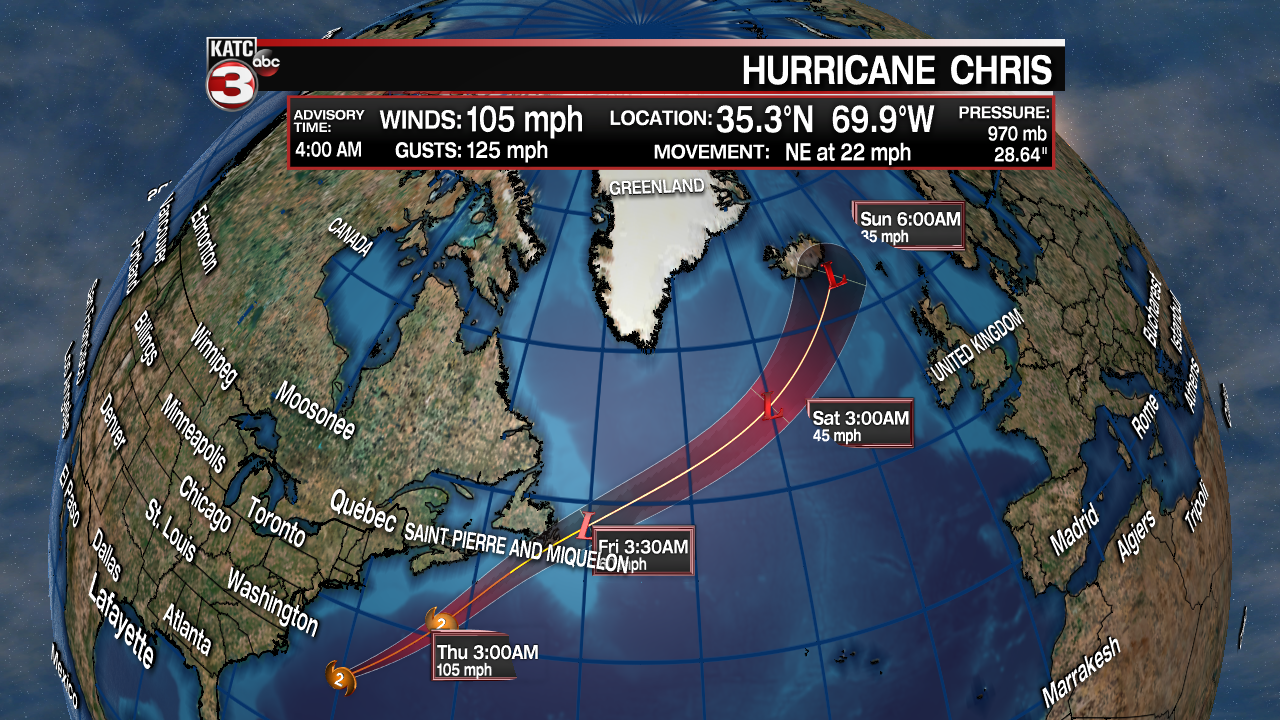 In the short term the remnants are expected to stay fairly unorganized as it has just a 20% chance of redeveloping into anything in the next 48 hours.

However, as the showers and storms move up the East Coast and hit the warmer waters of the Gulf Stream where Chris formed there is a 50% chance the system could become more organized and redevelop into a tropical system again. 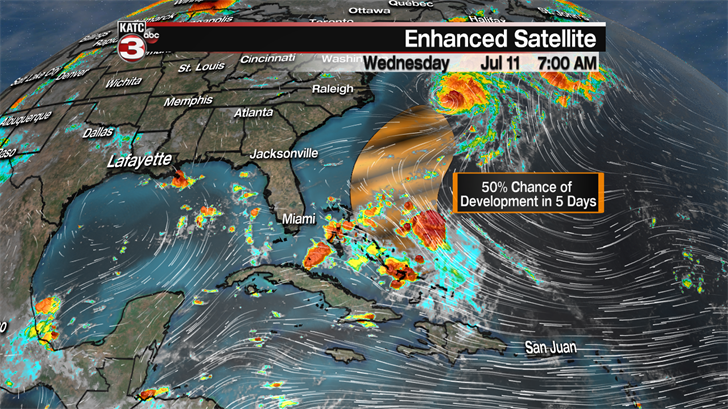