After quite a stormy start to the week, we’ll get a bit of a break from the rains as a weak ridge of high pressure will build over the area. This morning, there are virtually no areas of rain, except for the offshore waters, where a few isolated storms have developed. These showers and storms will most likely dissipate around the sunrise period. Temperatures are starting in the mid 70s with nearly calm winds. With lots of moisture in place, there could be a few areas of patchy fog during the early part of the day. 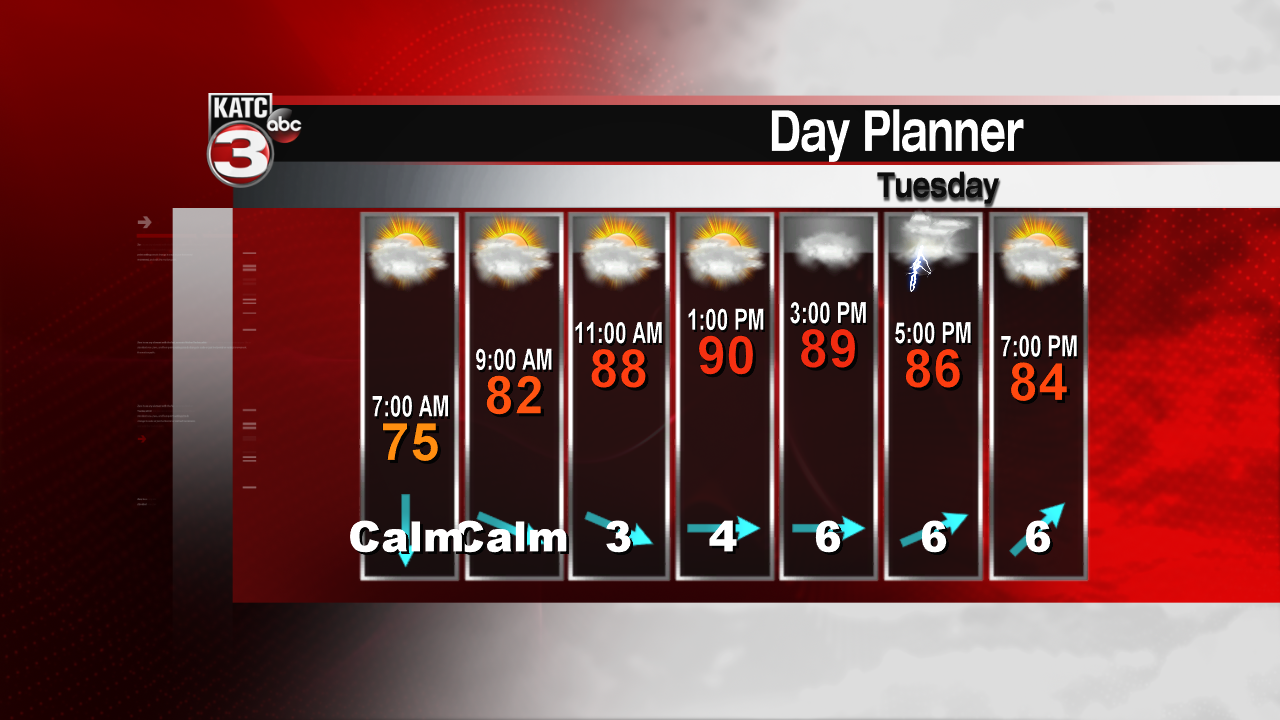 Sunshine will quickly burn away any fog that forms. Temperatures will rise into the upper 80s and lower 90s under partly cloudy skies. With dew points staying in the mid 70s, we can expect the heat index to climb between 100 and 105. This is still below the heat advisory threshold, but still plenty hot. Take it easy if outside for a long period of time. Only a few isolated afternoon storms will pop up this afternoon. Rain chances will run around 30-40% today with the best chances for rain over the western sections.

Overnight, we’ll stay mostly fair with lows in the mid 70s. A few storms will pop up along the coast and points offshore. Wednesday more of an easterly flow will return, and so will the scattered storms. It appears storms may continue to develop during the afternoon hours, so temperatures will climb to near 90 degrees with heat index values near 103. Then, the afternoon storms and cloudiness should help hold temperatures in the 80s for the end of the afternoon. Some storms could produce heavy downpours at times. This pattern should last through the rest of the week and the weekend, so expect a daily shower or storm through Sunday. 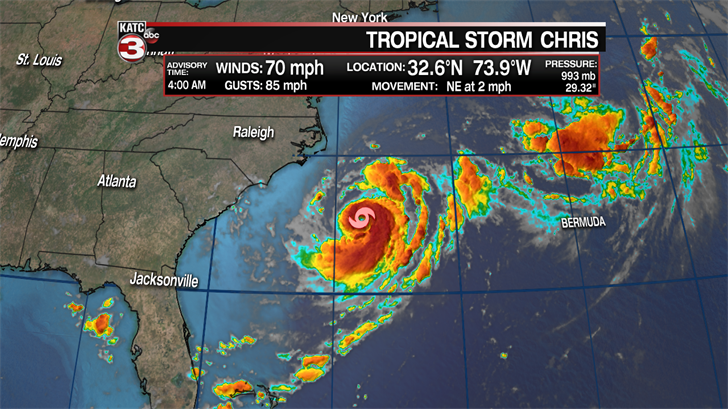 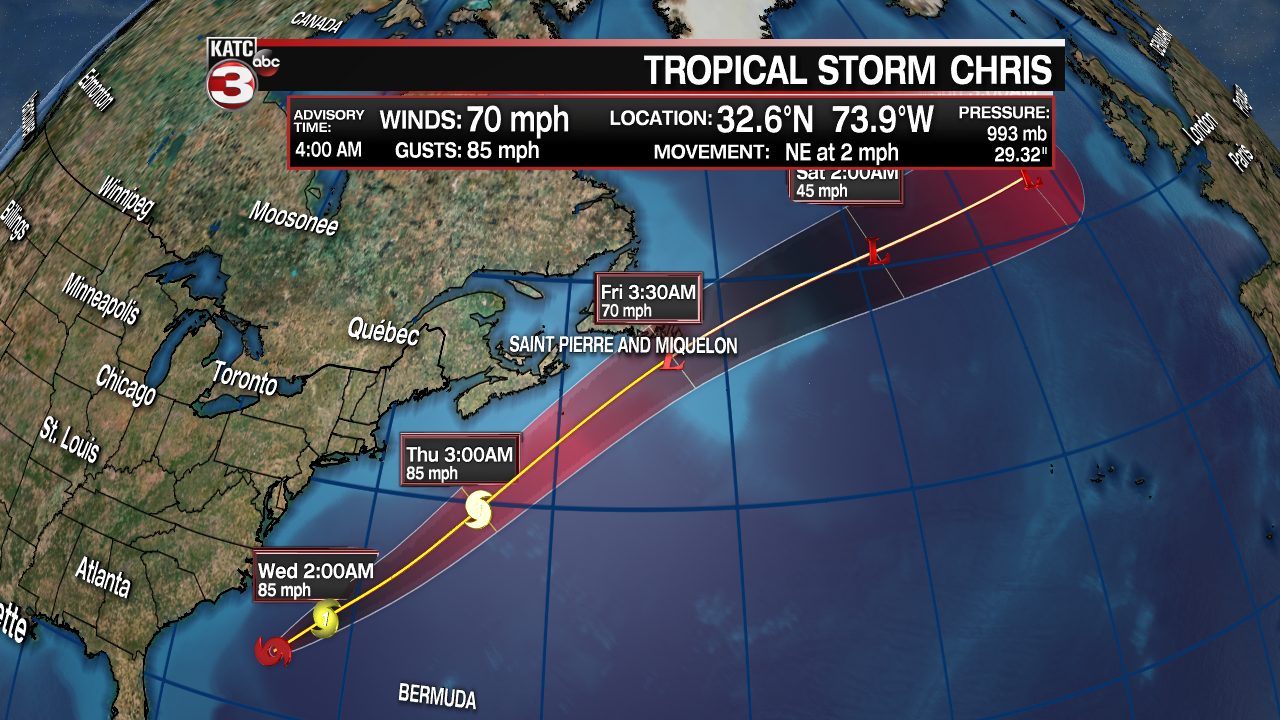 Tropical Storm Chris is forecast to become a hurricane today. It remains nearly stationary. Eventually Chris will make a turn toward the northeast into the Atlantic ocean. It will accelerate toward eastern Canada, eventually becoming a non tropical low in the North Atlantic. As of now there is no threat to the United States east coast, although it may brush the eastern sections of Newfoundland. Winds as of 4am were 70mph with a slight movement toward the NE at 2mph.